The win gives the US a record-extending fourth Olympic gold medal in the event. Famed duo Kerri Walsh Jennings and Misty May-Treanor won gold three times in a row for the US from 2004 to 2012.

After previously winning silver at the 2012 London Games and bronze at Rio 2016, Ross, 39, has now secured her first Olympic gold medal. This was the 31-year-old Klineman's Olympic debut.

Tokyo 2020 organizers reported 29 new Covid-19 cases linked to the Olympics on Friday, bringing the total number of recorded infections from the Games to 387.

The new cases are not among athletes or residents of Tokyo's Olympic Village.

They were identified as contractors, Games-related personnel, volunteers, and one member of the media.

There have been 33 total cases reported from the village as of Friday.

On Thursday, Tokyo reported more than 5,000 new cases in a record single-day high. Tokyo 2020 organizers maintain the Games are not related to the rise in cases in Japan's capital.

The International Olympic Committee has revoked the accreditation of two Belarusian coaches allegedly involved in trying to force sprinter Kristina Timanovskaya to return home against her will.

Belarus head coach Yuri Moisevich and team official Artur Shumak were removed from the Olympic Village in Tokyo and their Games accreditation canceled, the IOC said in a tweet Friday.

The Olympic body said it decided to remove the two coaches to safeguard "the wellbeing of the athletes of the NOC of Belarus who are still in Tokyo and as a provisional measure."

On Sunday, Timanovskaya, 24, said Belarus team officials threatened her, removed her from the Olympic team and forced her to the airport in Tokyo, where she would board a flight back to Belarus after she criticized sporting authorities.

Fearing she would be arrested in Belarus, Timanovskaya refused to get on the flight and on Wednesday fled to Warsaw, Poland, where she has been granted a visa on humanitarian grounds. 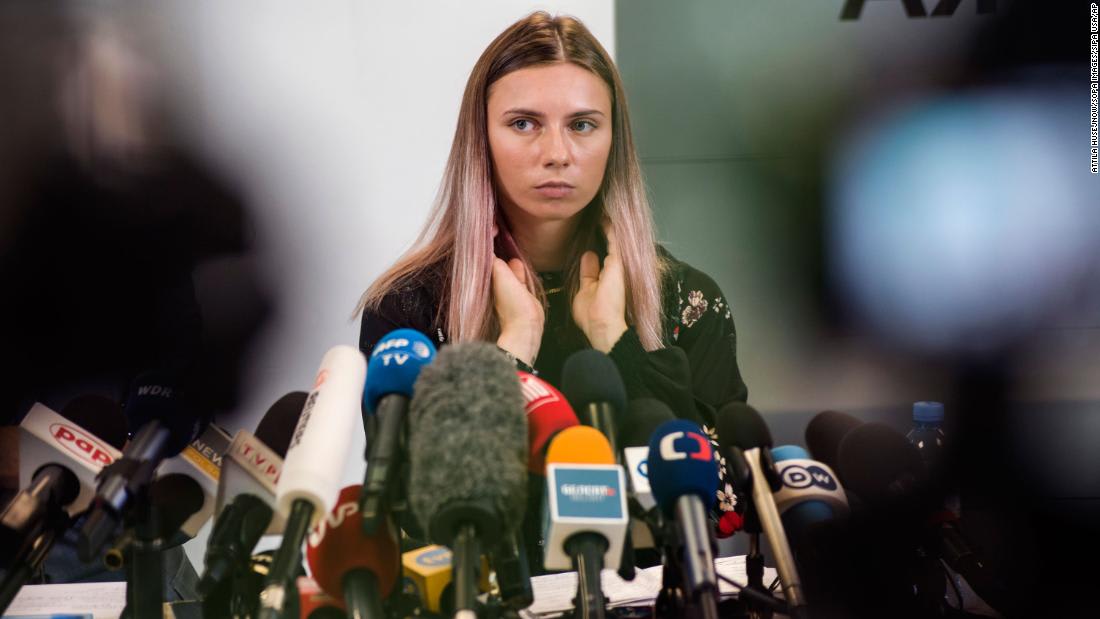 High temperatures during the Tokyo Olympics have been making headlines around the world.

In fact, the event may go down as one of the hottest and most humid in the history of the Games.

Last week, current world No. 2 tennis player Daniil Medvedev said the heat and humidity were "some of the worst" conditions he had played in, even asking who would be responsible if he died.

But the temperatures and high humidity currently cooking the capital are not unusual. Japanese summers are notoriously sticky and sweaty, and for many Japanese people, spooky.

Friends flock to haunted houses, head to the movies for horror flicks or visit graveyards after dark, all in an attempt to scare themselves into literally getting the chills — in effect forgetting all about the sweltering heat. 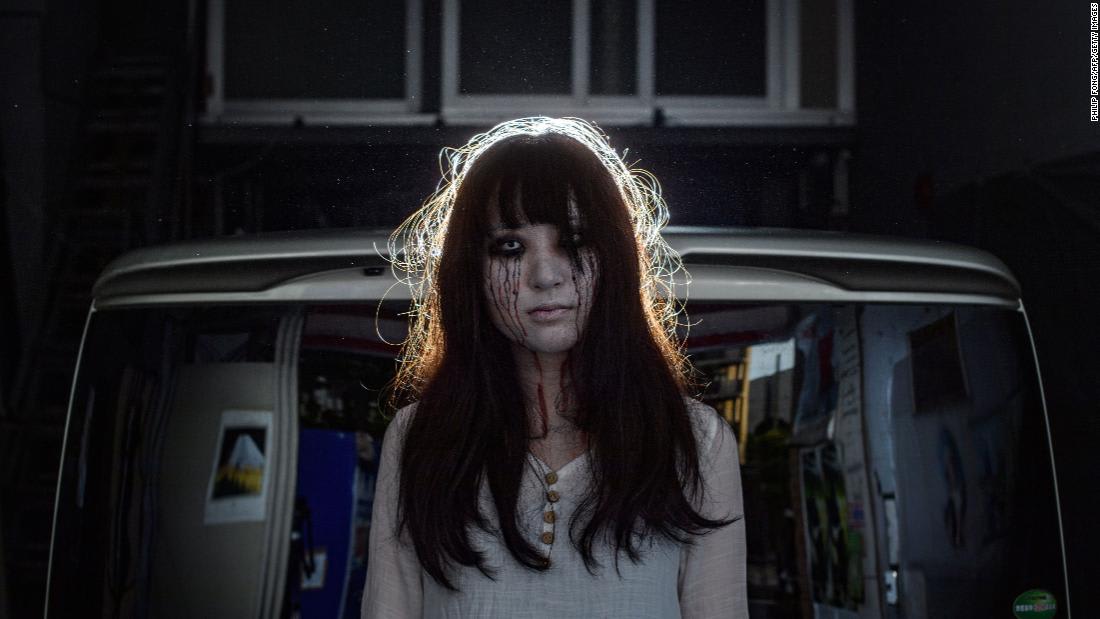 Why summer is spooky season in Japan

Dawid Tomala of Poland has won gold in the men’s 50 kilometers race walk at the Tokyo 2020 Games — potentially the last time this event will ever be held in an Olympics.

"It was an amazing day for me. I can’t believe it," Tomala said after his win. "I work for it my whole life since I was 15 when I thought for the first time during training I would like to be a (Olympic) gold medallist. ... This was only the second 50 kilometer in my life (he did not finish in a 50 kilometer race walk in Dudince in 2017) and I win it (the Olympic title). It is crazy, right?"

This race started with 59 participants. At the time of this post, nine have dropped out, while two have been disqualified.

This event will not be held at the Paris 2024 Games.

Another day full of athletic feats and achievements has been etched into history at the Tokyo 2020 Olympics.

If you're just reading in now, here are some of the highlights and key storylines from Thursday's Games:

Kristina Timanovskaya, the Olympic sprinter from Belarus who defected to Poland, said she hopes to compete in "at least two more" Olympics in the future.

During a joint press conference with Belarusian opposition politician Pavel Latushko in Warsaw, Poland today, the 24-year old said she is "very saddened by the fact that I was deprived of my chance to participate in the Olympic Games."

Timanovskaya could not compete due to Belarusian team officials pulling her from the women's 200 meter sprint after she criticized the country's sport authorities on social media.

"We tried to overrule this decision so that I could still participate," Timanovskaya said. "Those were five long years of preparation. I had to go through a lot — traumas, Covid ... but still I hope that these were not my last Olympic Games, I hope for at least two more."

Timanovskaya refused to return to Belarus over safety concerns and instead is seeking asylum for herself and her husband in Poland, where she awaits a hearing from the International Olympic Committee.

Regarding the hearing, Latushko said the sprinter's interests are being represented by a lawyer from Japan and the Belarusian Sport Solidarity Foundation.

"We do not know if the national Belarus Olympics Committee has presented the necessary material, which also complicates the consideration of this issue," Latushko said. "We expect that the decision will be made in favor of Kristina in relation to the illegitimacy of the decision made by the Belarus delegation."

The sprinter received offers of asylum from multiple European countries, but Timanovskaya chose Poland because it is close enough for her parents to visit and she also wishes to continue her athletic career there.

The women's football final has been moved to a later kick-off time and switched to a different venue due to heat concerns.

The gold medal match between Sweden and Canada had originally been scheduled for 11 a.m. local time on Friday in Tokyo. However, both teams expressed concerns over heat and humidity.

Olympic organizers confirmed today that the match will now take place at 9 p.m. local time in Yokohama, Japan. For US viewers, the match will be broadcast at 8 a.m. ET on Friday.

This change also impacts the men's bronze medal match between Mexico and Japan, which will now kick off at 6 p.m. local at the Saitama Stadium or 5 a.m. ET.

“In order to continue to provide the best possible conditions for the players, and having taken into consideration the impact of weather conditions at the Olympic Stadium over the last few days, it has been confirmed that this match (Olympic women’s football final) will now take place at 21:00 at the International Stadium Yokohama,” a Tokyo 2020 statement read.

Sweden hopes to go one step further than the 2016 Olympic Games, where the team lost 2-1 in the final.

Meanwhile, Canadian midfielder Quinn, the first openly trans and non-binary athlete at a Games, will be guaranteed to win a medal at the Tokyo Games.

Belarusian Olympic sprinter Kristina Timanovskaya, who defected to Poland, told reporters Thursday that she hopes she and her husband will be able to stay.

“Once my husband arrives here today, we should make this decision together. I cannot answer anything without him, but I definitely hope we can stay here, and I can continue my sports career and my husband can find some work,” she said during a press conference in Warsaw.

Timanovskaya was set to compete in the women's 200m at the Tokyo Olympics on Monday. Instead, she says representatives of the Belarus national team tried to forcibly send her home for criticizing sporting authorities on her social media.

After receiving several offers of asylum from European countries, Timanovskaya said she had chosen Poland because her parents thought it was the easiest place for them to try and visit.

"We chose Poland because I spoke to my parents who said that perhaps Poland will be the best choice for me because they probably would be able to come to visit me sometimes," she said Thursday.

When asked about her last-minute decision not to return to Belarus, Timanovskaya said she was “not thinking about political asylum” and that the decision was motivated by her wish to remain in sport.

“I was not thinking about political asylum. All I want is to remain in sports and continue my sports career here,” she told reporters.

Speaking to CNN on Tuesday, Timanovskaya accused representative of the Belarus national team of taking away her dream by denying her the chance to compete in the women's 200 meters at the Olympics.

Timanovskaya said the Belarusian media have already started to slander her in recent days over the incident.

“My parents have told me that they are already talking about me on TV and saying very bad things. That I did not take the chance to run the Olympics ... that I am not a good enough sportswoman and all that. I have been sent photos from Telegram channels where people posted links to my Instagram with requests to write bad things to me,” she explained.

“Yes, I have received many awful messages. But at that moment, I have been receiving a lot of messages of support from people. I was reading more positive comments than negative,” she added.