The Delhi government announced new restrictions Tuesday, including the closure of all private offices and suspension of dine-in services at restaurants and bars, amid a rise in Covid-19 cases fueled by the highly transmissible Omicron variant.

On Tuesday, the Indian capital recorded 21,259 new cases according to the state's government — almost 288% higher than the figure reported a week earlier on January 4.

“It has been observed that numbers of Covid-19 cases (including the cases of Omicron variant) have been rapidly increasing over the last few days & positivity rate has crossed 23 percent," the Delhi government order read. "Therefore, it has been felt necessary that some more additional restrictions are required to be imposed in Delhi to contain the spread of COVID-19 virus, including the highly contagious and transmissible Omicron variant.”

Delhi continues to impose a weekend and night curfew from 10 p.m. to 5 a.m., during which all establishments are closed, except for essential services. Schools and colleges are shut until further notice.

Meanwhile, India's financial capital, Mumbai, reported a dip in its daily Covid-19 cases, with the city recording 11,647 cases Tuesday, a decline from the 19,474 cases found Sunday.

Nationwide, India registered a total of 194,720 new cases on Wednesday, bringing its total since the pandemic began to just over 36 million, according to the Health Ministry.

Tennis star Novak Djokovic on Wednesday admitted he did not immediately isolate after testing positive for Covid-19 last month — but denied knowing he had the virus when attending public events.

In a statement published to social media, he also apologized for an apparently false travel declaration, saying it had been submitted on his behalf by a member of his support staff in "human error."

Djokovic has been embroiled in controversy since being detained in Australia last week over a visa and vaccination dispute.

He arrived in Melbourne last week and promptly had his visa canceled for entering the country without a valid exemption for the country's vaccination requirement for all arrivals — but won the legal battle on Monday, with a judge ruling he should be allowed to stay.

But questions have lingered over Djokovic's behavior — specifically, his positive Covid diagnosis last month before he arrived in Melbourne, and the public events he attended at the time.

"I want to address the continuing misinformation about my activities and attendance at events in December in the lead up to my positive PCR Covid test result," he said in the statement.

"This is misinformation which needs to be corrected, particularly in the interest of alleviating broader concern in the community about my presence in Australia, and to address matters which are very hurtful and concerning to my family.

"I want to emphasize that I have tried very hard to ensure the safety of everyone and my compliance with testing obligations."

Test timeline: Djokovic said he had attended a basketball game in Serbia's capital, Belgrade, on December 14, where many people tested positive afterward. He showed no symptoms, but got tested on December 16. On December 17, before he received the official result of his test, he took a rapid test that came out negative, and attended a youth tennis awards ceremony — after which he received the official positive result, according to the statement.

The following day, December 18, he did a media interview and photo shoot, saying he went ahead because "I didn't want to let the journalist down." He socially distanced and wore a mask except for the photo shoot, he added.

"While I went home after the interview to isolate for the required period, on reflection, this was an error of judgment and I accept that I should have rescheduled this commitment," he said. 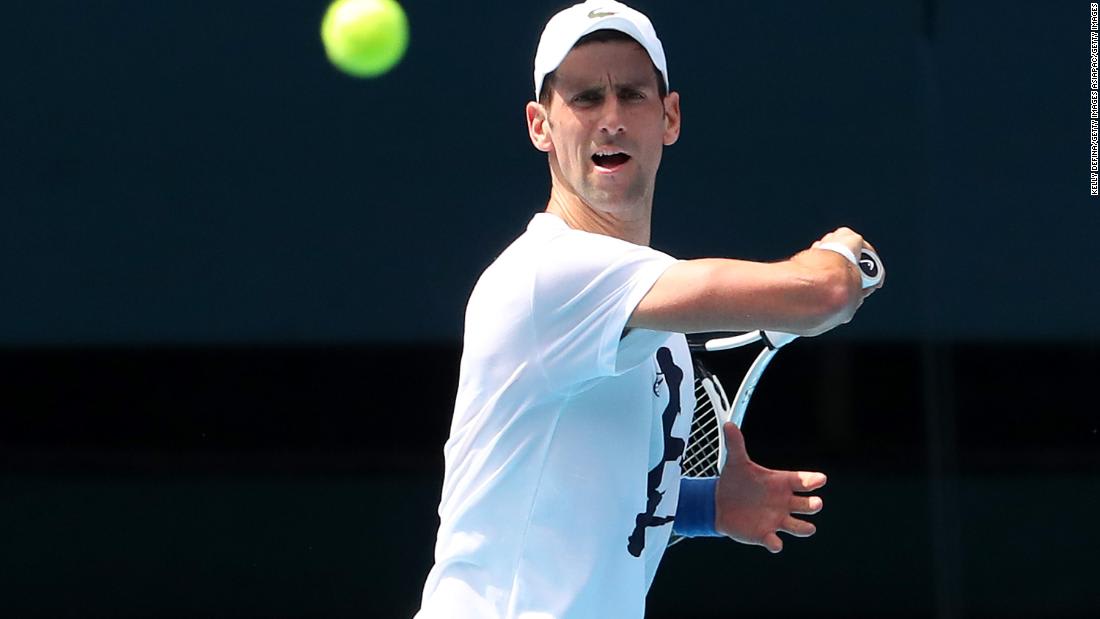