The latest on the Omicron coronavirus variant

Our live coverage has ended. You can track the latest global numbers on the pandemic here.

Dr. Rochelle Walensky, director of the US Centers for Disease Control and Prevention, said on ABC’s Good Morning America Friday that the US is pushing to scale up testing for the coronavirus.

“We’re doing active surveillance in lots of different ways,” she said, when asked how she envisioned President Biden’s focus on home testing would change the fight against Covid-19. “We’re doing rapid at-home tests so people can take control of their own symptoms, to do that at home test to self-identify and self-quarantine, to potentially come forward for a PCR test if their rapid test is positive, and then we can potentially do genomic sequencing of your PCR test.”

Testing is also being scaled up in airports, she said, with tests being ramped up in major international airports including Atlanta, Newark, San Francisco, New York City and Los Angeles.

She also added that there are 10,000 sites that offer free PCR tests across the country.

“We’re doing a lot to scale up testing,” she said. “And we’re really asking people to come forward when they have symptoms to get a test.”

The United States can’t lose sight of the fact that Delta is still the dominant variant in the country — but for all variants, it’s better to be vaccinated than unvaccinated, Dr. Rochelle Walensky, director of the US Centers for Disease Control and Prevention (CDC), told ABC’s Good Morning America on Friday.

“Let’s just back up for one second and comment on the fact that today we have 90,000 new cases of Covid-19 every day, and that about 99.9% of them continue to be Delta,” Walensky said when asked if it could be concluded yet that Omicron may be less severe than Delta.

We can’t lose sight of the fact that the vast majority of what we have here in the United States is Delta. And we know how to tackle Delta, with vaccines, with boosters, with masking and all of our prevention measures that we have been using all along.”

Walensky said that the country has better tools now and is in a much better place to tackle new variants.

As you note, we’ve seen Omicron in about five states now, and we’re continuing to do investigations with other states as probable cases emerge,” she said. “But what we can say, based on what these cases are showing, some have mild disease, some may have more severe disease, many of them are vaccinated, and what we’re seeing now is that many of the people with mild disease were the vaccinated people.

“So, we still have a lot of science to do to understand how these vaccines are working against Omicron, except to say that we know for every variant that we’ve had, it’s better to be vaccinated than unvaccinated.”

Around 125 people attended the party, over 60 of whom have tested positive for Covid-19, with one confirmed Omicron case so far, the head of communications at the Oslo health department, Caroline Bremer, told CNN.

“We are expecting more cases and we are just doing the work that we can to confirm and trace,” she said.

The event was attended by people from “several surrounding municipalities” as well as Oslo, and health officials are coordinating contact tracing, according to a statement issued by the Norwegian Institute of Public Health on Thursday.

The US Centers for Disease Control and Prevention (CDC) tightened travel requirements on Thursday, posting an amended order changing the Covid-19 testing requirement to one day before air travel into the US.

As the virus that causes Covid-19 spreads, it has new opportunities to change (mutate) and become more difficult to control,” the CDC says in the new order. “While it is known and expected that viruses change through mutation leading to the emergence of new variants, the emergent Omicron variant is particularly concerning and of critical significance for this Amended Order.”

Tests approved or authorized by the US Food and Drug Administration are acceptable for use, the order says. People who can show they have recovered from infection within the past 90 days are exempt.

“At this time, it is unknown what level of protection current vaccines will provide against this newly emergent mutated variant. To best protect the health of the United States, unless and until CDC can confirm that current approved and authorized vaccines provide adequate protection against the Omicron variant, all passengers -- including those who are fully vaccinated, but excluding passengers who present a valid Documentation of Recovery -- must obtain a viral test on a specimen collected no more than 1 calendar day before their flight’s departure to meet the requirements of this Amended Order,” it reads.

“The one-day time window, a reduction from the previous 3-day window for fully vaccinated passengers, will provide less opportunity to develop infection with the Omicron variant prior to arrival into the United States.”

Facebook has sold ads promoting anti-vaccine messages, comparing the US government's response to Covid-19 to Nazi Germany, casting doubt on the result of the 2020 election, and even pushing political violence.

The ads have been run by merchandise companies that have spent hundreds of thousands of dollars on Facebook over the last few years.

On Monday, Fox News personality Lara Logan caused outrage by comparing Dr. Anthony Fauci to a notorious Nazi doctor known as the "Angel of Death" -- around the same time ads were running on Facebook promoting a sweater emblazed with the words, "I'm originally from America but I currently reside in 1941 Germany."

Another ad compared the rollout of vaccines to the Holocaust -- falsely and ludicrously implying they are part of an attempt to slaughter people on a mass scale.

The ad was run by a Facebook page named "Ride the Red Wave." Earlier this year the page ran ads for a t-shirt with the words, "Make hanging traitors great again."

Facebook has made more than $280,000 from ads run by "Ride the Red Wave" since May, according to data reviewed by CNN. The page has fewer than 10,000 followers, but by paying Facebook the people running the page can potentially reach millions of Americans. 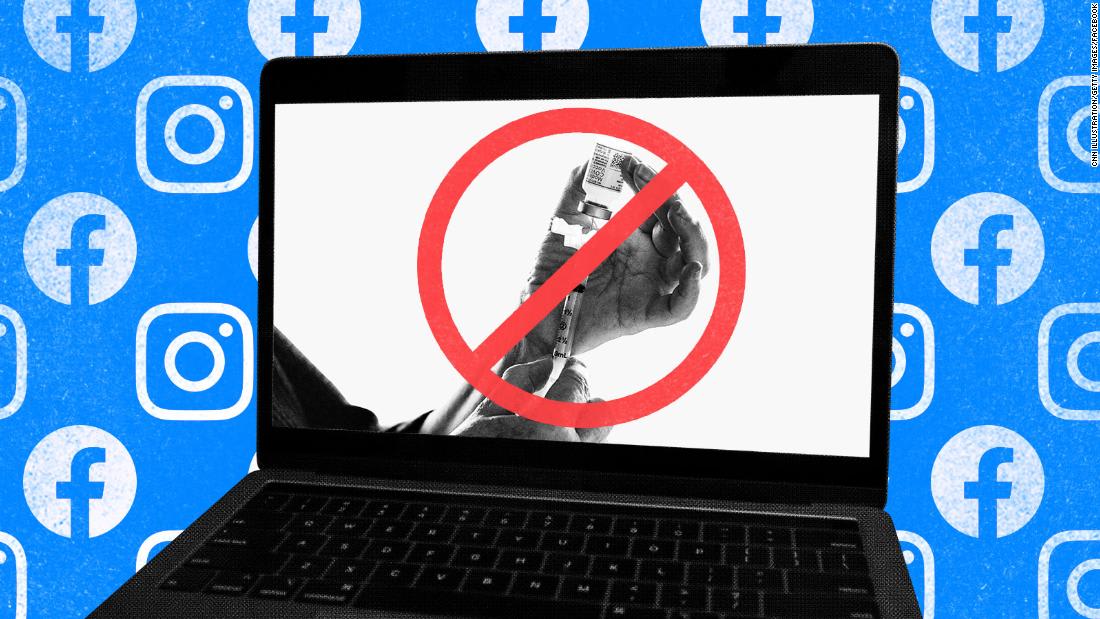 Swiss health authorities have placed 2,000 people under quarantine for ten days after two cases of the Omicron variant were detected at the International School of Geneva.

A total of 2,000 students and campus staff have been instructed to quarantine, which includes 1,600 children.

“All those involved must also take a PCR test,” Geneva health authorities said in a statement on Thursday. “Parents and siblings of the students concerned must also take a screening test in order to detect the possible presence of the Omicron variant as soon as possible. This is the first measure of this magnitude.”

The Genevan health department said the two cases of Omicron are linked to a family with a member that had returned from a trip to South Africa.

Switzerland has identified a handful of cases of the new variant spread across five cantons and imposed travel bans from southern Africa and quarantine requirements on arrivals from 23 countries including Japan, Britain, and Canada.

“Only a few rare, imported cases have been identified in Switzerland so far,” the health department statement continued. They, therefore, decided on “strong measures” as a precaution.

“It is essential to slow down the introduction of the variant in our territory. When identified, it is also essential to minimize transmission in Switzerland,” they said.

Geneva is home to the World Health Organization (WHO), which last week classified Omicron as a variant of concern.

Intensive care units (ICUs) in Germany will “reach a new peak around Christmas,” outgoing Health Minister Jens Spahn said at a press conference in Berlin on Friday as the country grapples with a spiraling wave of infections linked to unvaccinated people.

There are currently 4,800 people with Covid-19 in intensive care, Spahn said, adding that more severely ill patients are expected to be treated at ICUs, over the next few weeks.

“If all adults in Germany were vaccinated, we would not be in this situation,” Spahn said, adding that there’s an “enormous burden on doctors and nursing staff” and that that pictures of Covid-19 patients being transferred from hotspot areas by the German air force were “very worrying.”

Spahn also said Germany has enough vaccine to reach its goal of administering 30 million booster shots by Christmas. Around 10 million of the 55 million vaccinated adults in Germany have received a booster shot, he said.

“We don't have a day to lose,” the head of the Robert Koch Institute (RKI), Lothar Wieler, said alongside Spahn, warning that there will be a rise in coronavirus-related deaths in the next few weeks. “We must bring down the caseload of daily new infections as well as the incidence rate to break Germany's fourth wave.”

Wieler also explained that some areas were struggling to report real-time Covid-19 data because they were overwhelmed by the high number of cases. Testing centers and federal health authorities in hotspot areas were unable to submit data on time, potentially affecting Germany’s overall daily Covid-19 numbers, Wieler said.

“For the moment, there is no alarm,” he said, “We need a few more days to better understand the virus.”

France reported its first Omicron case on Sunday in the overseas territory of Reunion. The first mainland case was reported on Wednesday -- a man who returned from a trip to Nigeria in November.

Veran emphasized that the priority currently was the Delta variant, saying that, “the health situation is very sensitive, a patient is admitted to ICU every 10 minutes, day and night.” He added that the peak of hospitalizations may not be seen until the end of January 2022.
The minister also announced that from January, all children would be eligible for vaccination, with children at high risk of Covid-19 eligible from mid-December.

French Prime Minister Jean Castex announced Thursday that a meeting would be held Monday of the National Health Council to “see if it’s necessary to take additional measures” to combat the “worrying” fifth wave of the outbreak.

Australian health authorities are investigating an outbreak of Covid-19, including three confirmed cases of the new Omicron variant, at a school in western Sydney, New South Wales (NSW) health authorities said in a statement Friday.

The number of confirmed Covid-19 cases linked to the Regents Park Christian School cluster currently stands at 13 -- of which three have been identified as the new Omicron variant after genomic sequencing.

At least one of those who tested positive for the Omicron variant appeared to have caught it in NSW as they did not have any travel history, officials said.

"This is the first case that we know of that appears not to have had any travel history," NSW Health Minister Brad Hazzard told reporters Friday after the school's first Omicron case was confirmed. "It would appear that the case could well be an 'on New South Wales soil' transmission."

"NSW Health is urgently investigating the source of infection for this cluster," the statement said.

All students grades K-12 have been dismissed for the year. In addition, all students and staff of the school have been identified as close contacts and ordered to get tested and self-isolate according to the state's health guidelines.

Two more cases of the Omicron variant were also identified by NSW Health in returned travelers on flight QR908 from Doha to Sydney on November 23, bringing the total number of confirmed cases of the variant in the state to 13. The two identified were family members of a case confirmed Thursday, the statement said.

These cases are in addition to the one case reported on Monday in Australia's Northern Territory, as reported earlier.

After South African officials sounded the alarm of the new variant last week, Australia banned foreigners who have traveled to nine southern African countries from entering the country.