Powerful stories of women around the world

On International Women's Day, CNN asked women around the world to share how they're empowering others. Here's Halima Aden's story.

Refugee-turned-model Halima Aden became the first Miss Minnesota contestant to compete in a hijab and continues to do so in her successful modeling career around the world.

During the two-day beauty pageant in 2016, Aden showed only her face, making her the first contestant to wear a hijab and a burkini in the pageant. According to Aden, this pageant was an opportunity to dispel the narrative that many Muslim women are oppressed.

"I empower women by staying true to myself and also encouraging them to go out and not be scared to be the first. If you don't see yourself represented in any given field, take it upon yourself to be the one." 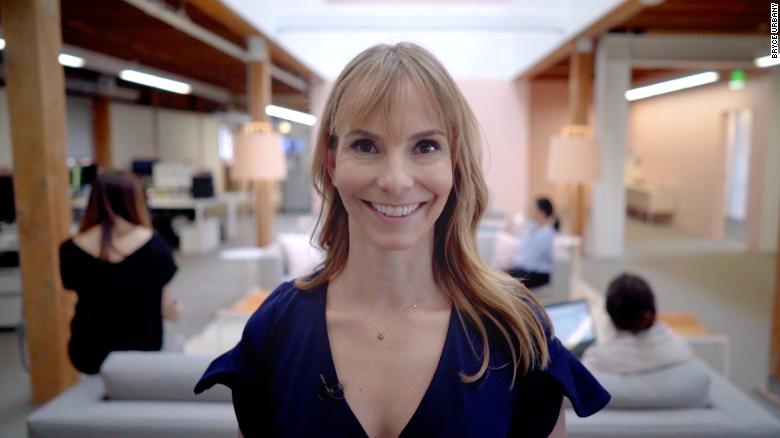 Heidi Zak thought she was going to revolutionize the way women buy bras. But two years after she launched her company, ThirdLove, she was still trying to attract customers.

Her solution: A try-before-buying program that allows women to order a bra and wear it for up to 30 days. If the customer decides to keep it, they buy it. If they don't, they can return it to ThirdLove.

It was a radical idea and Zak was nervous about whether or not it would work. But it was a turning point for the company, because she said the program "allowed a woman to take a risk on a brand she hadn't heard of and that truly changed the course of our business."

The tool to success: Her company later launched a web site that offered a new tool called Fit Finder that asks shoppers 10 questions, including their current bra size, their go-to brand and how long they've had their current bra, in order to assess their ideal bra size and fit. Nearly 12 million shoppers have used Fit Finder so far.

One thing that Zak hopes will make ThirdLove stand out is its messaging that its bras are for women of all shapes, colors, ages and sizes. ThirdLove's line of flesh-colored bras, for instance, includes five shades to match a variety of skin tones. And ThirdLove is one of the rare lingerie makers to offer half sizes.

It's really this idea of being an inclusive brand with sizes to fit many women across all kinds of shapes and sizes," she said.

On International Women's Day, CNN asked women around the world to share how they're empowering others. Here's Amika George's story.

George was just 17 years old when she started a campaign #FreePeriods, asking the government to address period poverty in the United Kingdom.

She had read an article about how other girls had to miss school when they were menstruating because they couldn't afford basic sanitation products. Outraged that this was happening in her country, she took it upon herself to take a stand through an online petition that turned into a protest.

"No girl should miss out on an education because she can't afford menstrual products," she told CNN.

You might have seen the look at President Trump's State of the Union address this year.

Dozens of female lawmakers, who attended the President's address, donned a range of white outfits as a show of solidarity among women.

But why? The color is associated with the suffragette movement. Early advocates for women's voting rights wore white as a symbol of purity, often alongside purple for dignity and green for hope. The suffragettes also used white to reassure onlookers that their protests were non-aggressive.

White has continued to serve as symbol for women in politics.

Here are some of the women who have embraced the symbol: 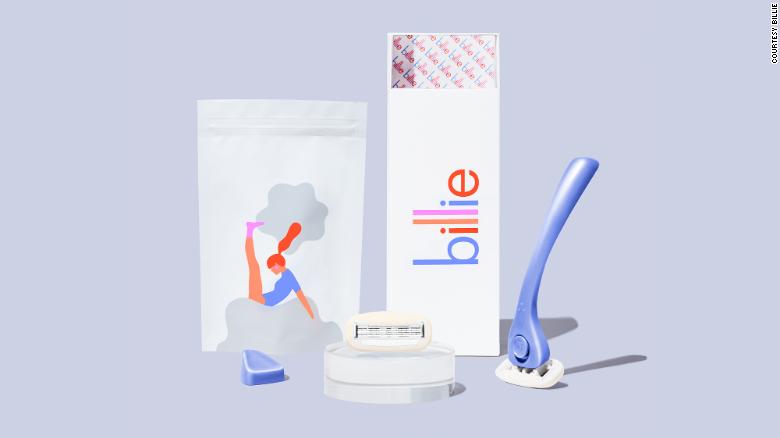 Georgina Gooley was tired of seeing women get ripped off, especially when it came to personal care products like razors.

"It's called the 'Pink Tax,'" said Gooley, co-founder of New York-based startup Billie. "There's nothing different or unique about women's razors that should make them more expensive than men's [razors]. But they are."

So in 2016 she teamed up with Jason Bravman to help level the playing field. Bravman had just graduated with an MBA from the University of Pennsylvania's Wharton School and they both agreed: It was time to disrupt the women's razor market, just as startups Dollar Shave Club and Harry's had done for men.

Here's what they came up with: Billie — an online subscription service that delivers discounted razors and other body care products.

Billie's $9 starter kit includes a razor handle, a magnetic holder that attaches to a shower wall and two five-blade razor cartridges, all of which are shipped free. Customers can indicate whether they want cartridge refills (at $9 for 4 cartridges) delivered every one, two or three months.

Dolly Parton is the most award-winning female country singer of all time. But music isn't her only passion. She's also an advocate for literacy.

Growing up in rural Tennessee, the singer said children had to skip school to work and "help support all of these big families," she said

Parton's father, who died in 2000, was illiterate. "My own father didn't get a chance to go to school," she said. "He couldn't read and write, and that hindered him a great deal because he was so smart. It really bothered him a lot."

In 1995, Parton started the Imagination Library in honor of her father.

"If you can read, you can self-educate," Parton said.

"My dad was so proud when the kids would get the books. He just was prouder of that than probably my great success in show business."

Aranya Johar's spoken-word performance "A Brown Girl's Guide to Gender" went viral in 2017. Now she's on a mission to advocate for women's rights in her home country of India.

Johar, who started writing poetry when she was 11, writes about women's issues and mental health because she said "India is really desensitized to both of these topics."

I thought it was important to use my privilege and my platform to talk about things that are otherwise not discussed in India," she said.

It's a busy day at the bakery in Pondicherry, India.

A professional kitchen can be a grueling environment to work in, a place where egos and tempers can run hotter than the stovetops and ovens. But at "Eat My Cake," the atmosphere is different. Here, the kitchen is a place to learn, earn and build self-confidence away from the abuse and alcoholism some women face at home in the nearby slums.

Saloua Sahl, a French graphic designer, is the woman behind the bakery. Four years ago, she volunteered at school for children with additional needs in the city, where she was inspired by the mothers she met.

"It is easier to leave a woman uneducated," Sahl says when describing the mentality so many of the women there face. "You just have to give them the tools."

Even though she isn't a formally trained pastry chef, the 39-year-old decided a bakery could help. After all, many of the women in the area grew up cooking, so baking pastries would be an easy transition.

"We had to learn everything all together," Sahl says.

Opening its doors in December 2016, Sahl believes if a woman is given the opportunity to grow, her family and community will be positively affected.

One employee's husband stopped drinking after he saw his wife working "like mad." That same man also witnessed the deaths of two Eat My Cake husbands from alcohol abuse and that motivated him to stay sober.

"To me, it was amazing," Sahl says. The bakery now occasionally hires him to paint.

Sahl says that some have praised her for opening the establishment, but she's more impressed by what the woman working within have achieved. 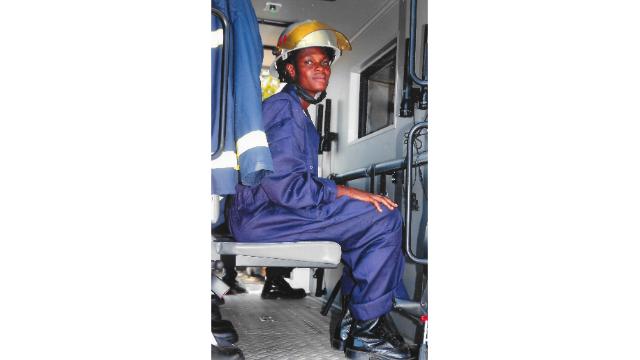 Grace Fosu was about to give birth at a maternity ward in Ghana's capital Accra when she says she received a phone call from her employer, the Ghana National Fire Service (GNFS), telling her that she was being let go from her job.

I am in labor and you are calling me to tell me this, do you want me to die?" Fosu, 33, recalled telling the metro fire officer.

Fosu went on to deliver a healthy baby girl, Salamat, but the moment of celebration was marred by the grief of losing her job. Weeks later, she received a formal dismissal letter, in which Fosu's pregnancy was described as an "offence."

The decades-old rule -- which Fosu had been unaware of -- was established when the fire service was formed in 1963. It's unclear how many women have been affected by the regulation, but Fosu's experience suggests selective enforcement. She says 11 other women in her class of firefighters were also pregnant within the same three-year period, but she was the only one kicked out of the service.

Instead, Fosu believes she was targeted over an incident in which she says she was sexually harassed by a senior male officer.

Joining forces with Thelma Hammond, another woman who came forward with a similar story, in 2017 the pair filed a lawsuit against the GNFS. The move triggered what would become the country's first successful gender discrimination case.

In April 2018, after less than a year of court proceedings, Justice Anthony Yeboah declared the regulation "discriminatory in effect, unjustifiable, illegitimate and illegal."