The Tamarind Group, which says on its website that it owns and operates several restaurants and leisure operations in Africa, announced on Facebook that CEO Jonathan Seex was aboard the flight that crashed on Sunday.

“It is with immense shock and grief to inform you of the tragic news that Tamarind CEO, Jonathan Seex, was on the ill-fated Ethiopian Airlines flight," the post read. "Our thoughts and prayers are with his family, friends, the Tamarind community and all the others who have suffered unfathomable losses."

Boeing said it will travel to the site where its Boeing 737 MAX 8 aircraft crashed in Ethiopia.

"Boeing technical team will be traveling to the crash site to provide technical assistance under the direction of the Ethiopian Accident Investigations Bureau and the US National Transport Safety Board," the company said.

The Boeing 737 MAX 8 is the same type of plane as the Indonesian Lion Air jet that crashed last October. There is no suggestion yet as to what caused the latest disaster, and no evidence that the two incidents are linked.

Canadian Prime Minister Justin Trudeau released a statement on the devastating news from Ethiopia on Sunday.

"Our thoughts are with all the victims on Flight ET302, including the Canadians who were on board, and everyone who lost friends, family, or loved ones," he said."

“Today we received the terrible news about the crash of the Ethiopian Airlines plane in the direction of Nairobi, which has killed so many people. In these hard times, our thoughts are with the families and relatives of the victims, to whom I express my heartfelt condolences,” Maas said in a statement on Sunday.

The US Embassy in Addis Ababa and a State Department official confirmed there were Americans aboard the Ethiopian Airlines flight and said the US Government extends its condolences.

See the tweet from the US Embassy in Addis Ababa below:

In addition, South African President Cyril Ramaphosa issued a statement expressing his sadness on behalf of the country.

The National Transportation Safety Board says it is sending a team of four to assist in the investigation of the Ethiopian Airlines plane crash that killed all 157 people on board. There is no information yet about when the team may travel.

The flight lost contact at 08:44 a.m. local time, six minutes after taking off from Bole International Airport in the Ethiopian capital, and went down near Bishoftu.

Ethiopian Airlines CEO Tewolde GebreMariam told reporters at a press conference that the pilot of flight ET 302 that crashed Sunday morning had reported technical difficulties and asked for clearance to return to Addis Ababa.

He was given clearance to turn back, according to Mr. GebreMariam, citing the Air Traffic Controllers record.

The senior Ethiopian Airlines pilot had flown more than 8,000 hours. He had an “excellent flying record,” according to the CEO.

A routine maintenance check didn't reveal any problems, he said. GebreMariam said they have not yet determined the cause of the crash.

"As I said, it is a brand new airplane with no technical remarks, flown by a senior pilot and there is no cause that we can attribute at this time.”

GebreMariam also confirmed the company owns 6 other 737 Max 8 aircraft which are in service. Asked about whether the company would be grounding them he explained they wouldn’t as “we don’t know the cause of the accident.”

The Boeing 737 Max 8 airplane had flown into Addis Ababa Sunday morning from Johannesburg on Flight ET858.

The CEO has visited the crash site today. He said the plane “is now right inside the ground” and it was not possible to identify whether it was an emergency landing or a crash. He said there was still smoke at the site when he visited.

For the second time in less than six months, a brand-new Boeing aircraft crashed minutes into a flight.

The Ethiopian Airlines tragedy on Sunday comes months after a Lion Air flight went down over the Java Sea in late October, killing all 189 people on board.

There is no suggestion yet as to what caused the latest disaster, and no evidence that the two incidents are linked. All that is known, however, is that both flights took place on the Boeing 737 MAX 8 -- a new model recently unveiled to great fanfare by the US aviation giant, that saw its first flight less than two years ago.

The plane that crashed on Sunday morning was delivered to Ethiopian Airlines in November.

In a statement, Boeing said it is deeply saddened to learn of the deaths of those on board.

“We extend our heartfelt sympathies to the families and loved ones of the passengers and crew on board and stand ready to support the Ethiopian Airlines team. A Boeing technical team is prepared to provide technical assistance at the request and under the direction of the US National Transportation Safety Board," the company said.

Read more about the Boeing 737 MAX 8 at the link below: 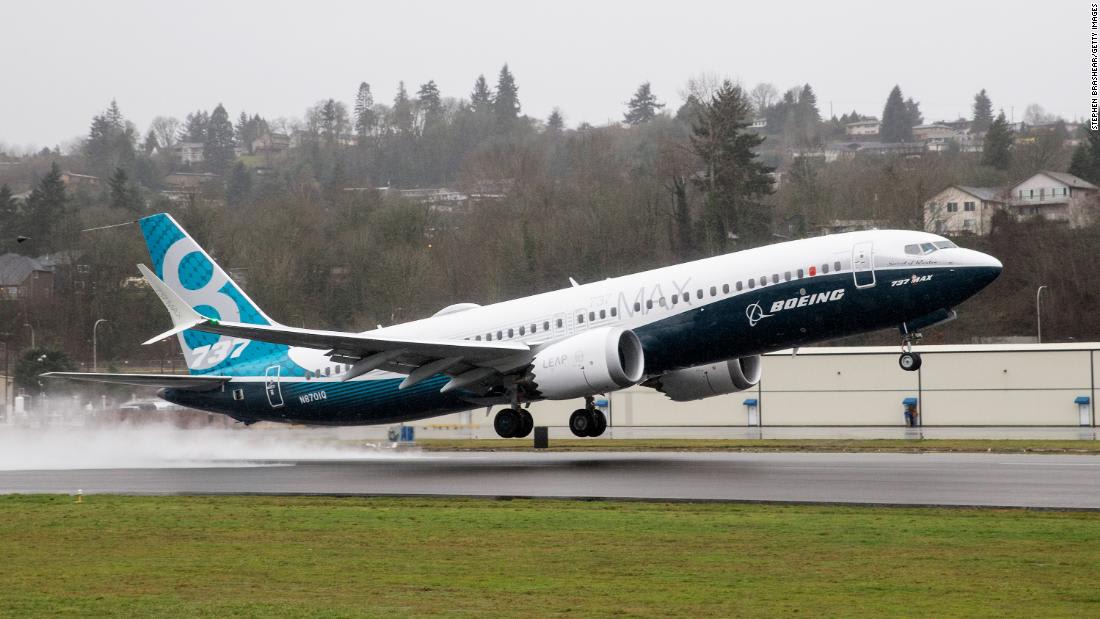 Ethiopian Airlines says there are no survivors after a Boeing 737 crashed near Addis Ababa in Ethiopia on Sunday morning. The airline believes there were 149 passengers and eight crew members on board the flight.

The victims are of 35 different nationalities, an airline spokeswoman says, including: