Overall Covid-19 case rates are holding at a high plateau in the US, but rising rapidly in some states. These are some of the latest stats:

About 1.8 million doses of Covid-19 vaccines have been administered each day over the past week, according to the US Centers for Disease Control and Prevention. More than half of those doses have been boosters, and about 407,000 people are initiating vaccination each day.

The US Centers for Disease Control and Prevention redefining what it means to be fully vaccinated against Covid-19 is "on the table and open for discussion," Dr. Anthony Fauci, director of the National Institute of Allergy and Infectious Diseases, said Friday.

"That's certainly on the table. Right now, it is a bit of semantics," Fauci told CNBC. He was referring to the definition of "fully vaccinated" for the purpose of regulations or businesses that may require vaccination.

"But there's no doubt that optimum vaccination is with a booster," Fauci added.

"Whether or not the CDC is going to change that? It certainly is on the table and open for discussion. I'm not sure exactly when that will happen," Fauci said. "But I think people should not lose sight of the message that there's no doubt that if you want to be optimally protected, you should get your booster."

Germany’s new health minister Karl Lauterbach said he expects the fifth wave of the pandemic to be a “massive challenge” for the country.

"We have to assume that the Omicron wave we are facing — which I believe we cannot prevent — will be a massive challenge for our hospitals, for our intensive care units, but also for society as a whole," Lauterbach told journalists in Hannover on Friday, while visiting a new vaccination center.

Lauterbach said that he believes the Omicron Covid-19 variant “cannot be brought under control” with a double vaccination alone, adding that "we must not lull ourselves into a false sense of security.”

“The situation is unfortunately still underestimated,” he added. “The only thing that reliably protects against a severe course with the Omicron infection is a booster vaccination.”

Most of the public continues to take precautions to guard against the risks of Covid-19 and nearly 4 in 10 Americans think they'll continue doing so for the foreseeable future, according to a new CNN Poll conducted by SSRS.

More than half, 55%, say the risk of coronavirus remains high enough that they think it is still necessary to take extra precautions in their everyday lives. Thirty-eight percent anticipate they'll continue taking these extra precautions going forward, with just 17% believing they'll eventually feel safe enough to return to their pre-pandemic habits. Another 45% say they already feel safe enough to carry out everyday life largely the way it was before the pandemic, up from 36% in a survey conducted in August and early September.

This divide in Americans' approaches to Covid mirrors a broader rift in views of how the nation should be handling the pandemic, the poll finds. Those still taking precautions also largely favor mitigation policies put in place by the government or other institutions: 72% believe the government has a role to play in limiting the spread of Covid-19, 70% consider vaccination requirements an acceptable way of raising vaccination rates and 74% favor mask requirements in public indoor spaces.

Among the smaller share who've returned to their pre-pandemic normal, 66% consider vaccination requirements an infringement on personal rights, 82% believe mask-wearing should be optional and 65% believe that the government cannot effectively limit the spread of the virus.

The dwindling minority who remain unvaccinated are the least likely to say they're factoring the pandemic into their lives in other ways. Two-thirds of unvaccinated adults say that they're not currently taking any precautions against coronavirus, compared with 39% of those who've been vaccinated.

The results come amid widespread but ebbing concerns about the virus. A 62% majority of Americans still say they're at least somewhat worried about the coronavirus pandemic in their communities — 22% say they're very worried, down from 41% in a poll taken in August and early September. Roughly 62% of Americans say the pandemic was a factor for them in making holiday plans this year, but only 30% call it a major factor. Even among those who say they're currently taking Covid precautions, fewer than half say that the pandemic was a major factor in their plans. 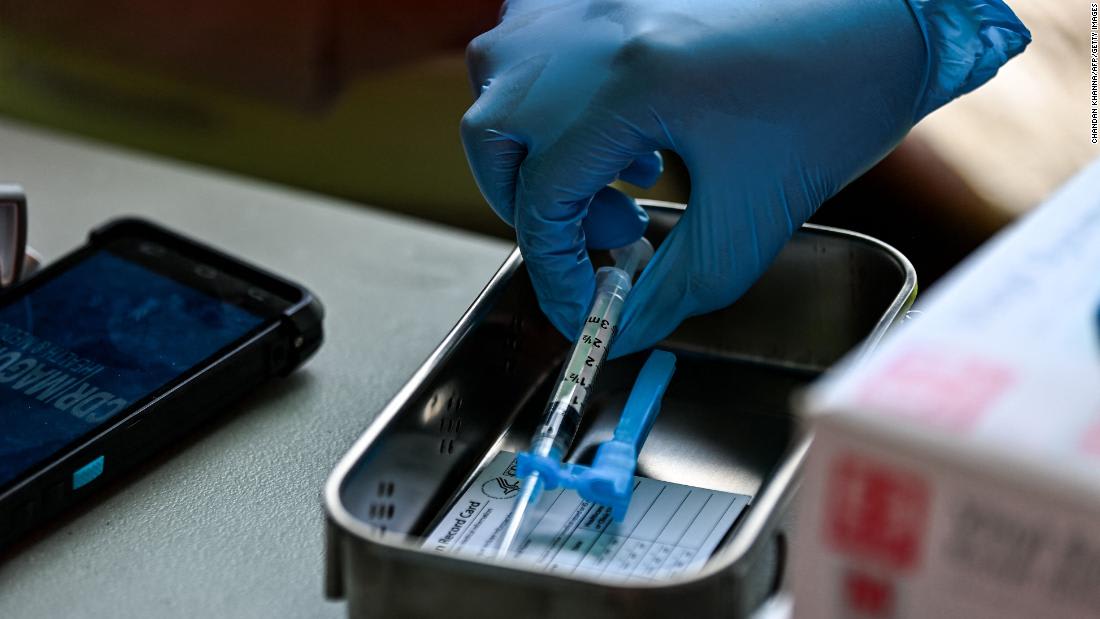 CNN Poll: Nearly 4 in 10 Americans think Covid-19 precautions are here to stay, but others have already returned to their pre-pandemic normal

South African President Cyril Ramaphosa is "making good progress" as he continues treatment for Covid-19, the presidency said in a statement on Friday.

"The President is in good spirits and comfortable in his recovery," the statement read. Ramaphosa tested positive for Covid-19 on December 12 and was exhibiting mild symptoms.

The South African presidency called on citizens to get vaccinated, wear masks, wash their hands frequently and adhere to social distancing rules.

"This will help save lives, reduce the need for hospital admissions, allow businesses to remain open and enable people to work and earn an income," the presidency said.

It added: "Risky or careless behaviour will endanger the public health and economic activity, neither of which the country can afford during this important period for the retail and tourism sectors."

European Union member states have agreed to order over 180 million doses of a Pfizer/BioNTech Covid-19 vaccine adapted to protect against the Omicron variant.

"Member states have agreed to trigger a first tranche of over 180 million extra doses of adapted vaccines, in our third contract with BioNTech Group and Pfizer," head of the European Commission Ursula von der Leyen said Thursday.

The head of the European Commission stressed that "Omicron is really threatening us," while "spreading at a ferocious pace." She said that the "answer can only be to increase vaccination," along with other protective measures to fight the pandemic.

The office of British Prime Minister Boris Johnson has denied reports that he attended a pizza party at Downing Street during the UK's first lockdown, dismissing the gathering as a "series of meetings."

The reports come amid growing controversy over claims that a number of social events were held inside 10 Downing Street during the 2020 lockdowns, in violation of strict Covid-19 restrictions.

The scandal has also limited the government's ability to roll out new rules to tackle the Omicron variant, with opponents of the measures accusing the government of employing double standards.

"On 15 May 2020, the Prime Minister held a series of meetings throughout the afternoon, including briefly with the then Health and Care Secretary [Matt Hancock] and his team in the garden following a press conference," a Downing Street spokesperson told CNN when asked about reports that Johnson had spent 15 minutes with staff who shared pizza and drank wine at Downing Street offices and garden until late in the evening.

"The Prime Minister went to his residence shortly after 7pm," the spokesperson said. "A small number of staff required to be in work remained in the Downing Street Garden for part of the afternoon and evening."

The spokesperson went on to say that "in the summer months Downing Street staff regularly use the garden for some meetings."

At the time the alleged May 2020 gathering took place, coronavirus restrictions only allowed people in England to meet one person from a different household outdoors.

Germany reported an increase in the number of Omicron infections, according to a weekly report from the country's national disease and control center, the Robert Koch Institute (RKI) on Thursday.

Germany has reported 107,639 deaths from Covid-19 since the outbreak of the pandemic.

"The weekly average hospital admissions are definitely much lower than during the third wave," Phaala said, adding that there were signs that the peak in cases was passing in Gauteng Province, the first hit by the Omicron surge which started in November.

A lower proportion of admitted patients are on oxygen and ventilators and they are staying in hospital for less time on average, according to early research by the National Institute of Communicable Diseases (NICD).

Researchers said that it is too early to definitively assess Omicron's relative severity, adding that immunity from prior infection, as well as vaccination, could be playing a significant role.

Phaahla also said he was disappointed that vaccination rates had tailed off in the country as it heads into the holiday period. "Jab before you job," he said, using a slang term for partying.