If the US is able to “diligently vaccinate” people in 2021, the nation could return to normal life by early fall, Dr. Anthony Fauci said in an interview with California Gov. Gavin Newsom on Wednesday.

Although Covid-19 vaccine rollout is off to a slower start than expected, if the US is able to “catch up” in 2021, widespread vaccination could be possible beginning in April, Fauci said.

“Let's say in April, it will be what I call “open season,” namely, anybody who wants to get vaccinated can get vaccinated,” Fauci said. “If we then diligently vaccinate people in April, May, June, July, then we will gradually and noticeably get a degree of protection approaching herd immunity.”

Fauci, director of the National Institute of Allergy and Infectious Diseases, said that herd immunity against coronavirus could likely be achieved if about 70% to 85% of the population gets vaccinated.

“By the time we get to the early fall, we will have enough good herd immunity to be able to really get back to some strong semblance of normality – schools, theaters, sports events, restaurants,” he said. “I believe if we do it correctly, we will be there by the early fall.”

Fauci urged people to get vaccinated.

Washington Gov. Jay Inslee announced a one-week extension of the state's Covid-19 restrictions, according to a news release by the governor's office.

The release added: "An updated reopening plan is currently being developed to provide a pathway for businesses and workers impacted by this order to reopen safely. The updated plan will be released next week."

Fauci told California Gov. Gavin Newsom that Covid-19 vaccines will likely protect against the new variant, which has now been identified in California and Colorado. The variant appears to be more transmissible but not more deadly.

“When you get vaccinated, the immune response that you make is called polyclonal, which means it's against many different parts of the virus,” said Fauci, director of the National Institute of Allergy and Infectious Diseases. “Even though you have one part of the virus that's changed, it is very likely that the other components of the vaccine induced response will protect you.”

However, something to keep an eye on is how monoclonal antibodies will work against this new strain.

“The other thing that they've noted in the UK, is that people who have been infected don't seem to get reinfected by this, which means that the immunity that's given to you when you get infected is protective against this particular strain,” he added.

Fauci said the new strain does not appear to have any impact on diagnostics. He noted that the National Institutes of Health, along with other scientists in the US, are working to learn more about the new strain using isolates from the UK.

The new Covid-19 variant, first identified in the United Kingdom, has been detected in a Covid-19 patient in San Diego, California, county supervisor Nathan Fletcher announced Wednesday during a news conference.

"About an hour ago, the governor in a joint appearance with Dr. Anthony Fauci confirmed that a UK variant case had been detected in the state of California and I can confirm that that case is in fact a patient in San Diego," Fletcher said.

Fletcher said the patient is a 30-year-old man with no travel history that started developing Covid-related symptoms on Dec. 27.

An ensemble forecast published Wednesday by the US Centers for Disease Control and Prevention now projects there will be 383,000 to 424,000 coronavirus deaths in the US by Jan. 23.

Unlike some individual models, the CDC’s ensemble forecast only offers projections a few weeks into the future. The previous ensemble forecast, published Dec. 23, projected up to 419,000 coronavirus deaths by Jan. 16.

At least 340,956 people have already died from Covid-19 in the United States, according to data compiled by Johns Hopkins University.

The new Covid-19 variant, first identified in the United Kingdom, has now been found in Southern California, Gov. Gavin Newsom said Wednesday during an interview with Dr. Anthony Fauci on Facebook.

“Just an hour or so ago, we were informed that this new variant, this new strain that we've identified obviously from the United Kingdom, from other parts of the globe, identified in Colorado yesterday, has been identified here in the state of California, in Southern California,” Newsom said.

Fauci, the director of the National Institute of Allergy and Infectious Diseases, said the news about the new strain, which appears to be more transmissible but not more deadly, was to be expected.

There have been at least 19,653,653 cases of coronavirus in the US, and at least 340,956 people have died, according to data from Johns Hopkins University.

At least 12,409,050 vaccine doses have been distributed and at least 2,589,125 doses of the vaccine have been administered, according to the US Centers for Disease Control and Prevention.

Covid-19 vaccines will likely protect against a new variant of the virus that was first reported in the UK and now identified in Colorado, US Health and Human Services Assistant Secretary Adm. Brett Giroir said Wednesday.

“We do expect – we haven't proven it 100%, but we will soon – we do expect that the vaccines now being administered or under development will cover this strain very well,” Giroir told CNN’s Jake Tapper.

The new variant appears to be more transmissible, but not more deadly.

“It'll still be prevented by a mask and distancing,” said Giroir. “It is not more serious. In other words, you're no more likely to die or be hospitalized with this.”

Giroir said it is likely that the variant has been in the US for a while.

“It's very unlikely that it's rampant, but I think it's certainly been here,” he said. 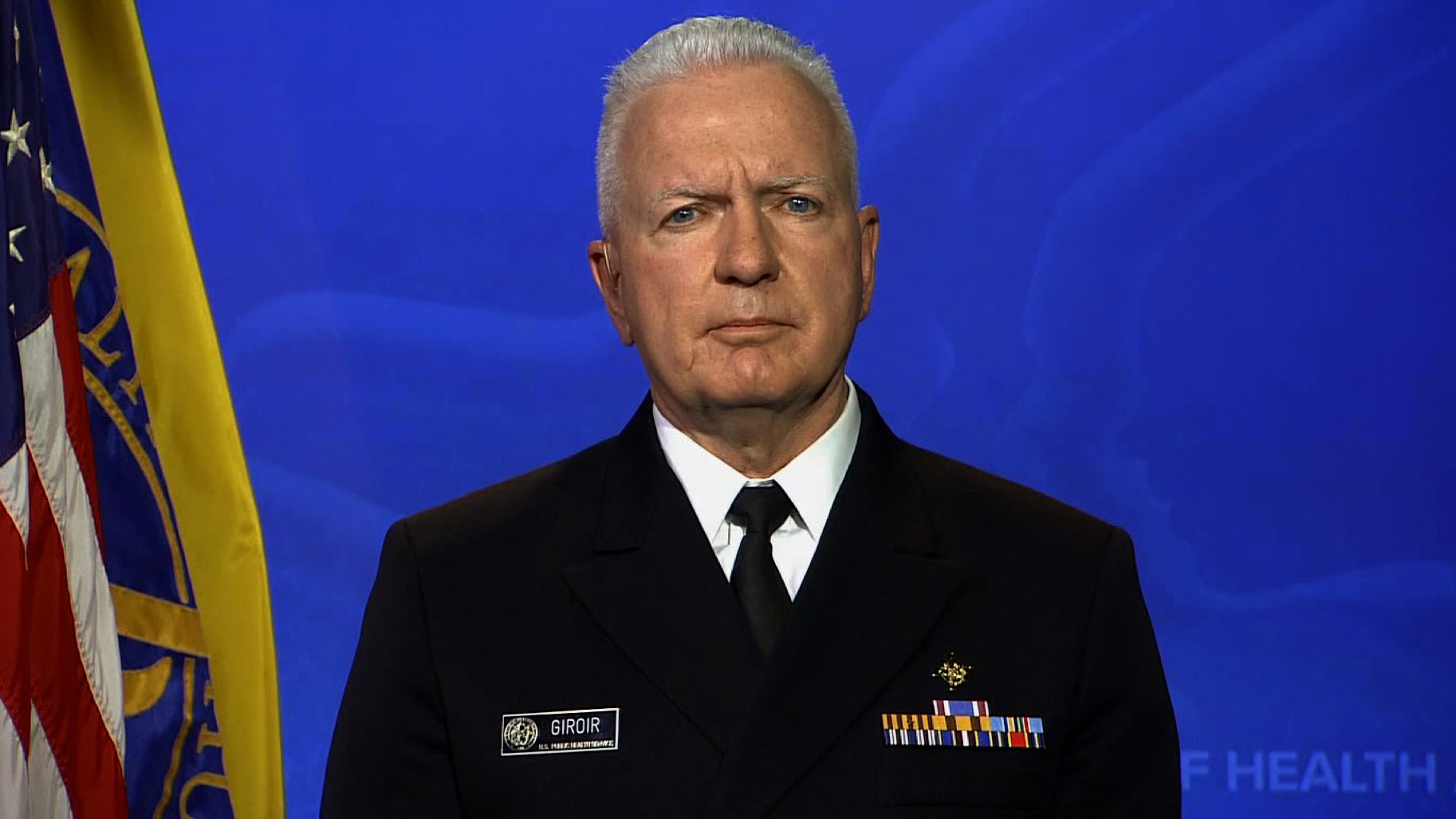 The US needs to be doing a better job with its Covid-19 vaccine rollout, Assistant Secretary for Health Admiral Brett Giroir said Wednesday.

“Of course, we need to be doing a better job, but all vaccine programs start somewhat slow,” Giroir told CNN’s Jake Tapper.

He said he expects distribution to ramp up soon and that the US is on track to distribute 20 million vaccine doses by the first week of January.

As pharmacies begin to play a larger role in vaccine administration, Giroir said he expects the pace to quicken.

“We have a federal contract with 40,000 pharmacies – that’s 60% of all pharmacies in the US – to provide vaccines,” said Giroir. “The scale will go up very rapidly as things progress and evolve.”

“Vaccines on the shelf are no good,” he added. “They need to get in people's arms and we are leaving no stone unturned to do that.”

Some background: Operation Warp Speed is on track to fall well short of the 20 million vaccine shots they predicted would be administered by the end of December.

Nearly 2.6 million vaccine doses have been administered in the United States, according to data given to CNN by the US Centers for Disease Control and Prevention.