Australian Prime Minister Scott Morrison on Monday denied the country's ban on arrivals from India is racist and played down the chance anyone caught breaking the rule will face prison time.

Starting Monday, no one -- including Australian citizens -- is allowed to enter the country if they have been in India for any of the 14 days prior to their arrival.

Anyone caught violating the rule could face a fine of up to $51,000 and five-year prison sentence.

Morrison told local media on Monday that "no one has been jailed" for such violations during the pandemic and vowed the government will use its powers "responsibly" to block arrivals from India.

While Australia has halted direct flights from certain countries through the pandemic, it is the first time the government has made it illegal for Australians to return home. Asked about allegations the travel ban on India was racist, Morrison said the decision had been taken "in the best health interests of Australia."

Morrison said his government would review the decision this week, after initially stating the ban will run at least through May 15.

Around 9,000 Australians in India are registered with the government as wanting to return to Australia.

The United Kingdom will send 1,000 surplus ventilators to India to aid the fight against soaring Covid-19 infections in the country, according to a statement from the Prime Minister's office.

“The UK will always be there for India in its time of need," Prime Minister Boris Johnson said. "The terrible images we have seen in India in recent weeks are all the more powerful because of the close and enduring connection between the people of the UK and India."
“I am deeply moved by the surge of support the British people have provided to the people of India and am pleased the UK Government has been able to play our part in providing life-saving assistance," he said.

As India continues to grapple with an unrelenting second wave of Covid-19, its neighbor Nepal is seeing its own surge in case numbers, prompting the Nepali government to seal the land border shared by the two countries.

Nepal had seen case numbers begin to fall in February, with newly identified cases hovering between 50 to 100 each day. But infections began soaring in mid-April, about the same time India's second wave began. New cases now number in the thousands each day, and health authorities have identified cases involving a variant of the coronavirus found in India.

Nepal has limited health care infrastructure and access to life-saving resources, raising fears it is ill-equipped to deal with a massive outbreak like the one ravaging India. On Thursday, Nepali authorities imposed a two-week lockdown in the capital, Kathmandu, in efforts to curb the spread of Covid-19.

This post has been updated to reflect the timeline of events.

A year ago, when the Covid-19 pandemic was still in its relative infancy, the head of the World Health Organization stressed that a global approach would be the only way out of the crisis.

Fast-forward 12 months and the devastating scenes in India, where hospitals have been overwhelmed by a surge of Covid-19 cases and thousands are dying for lack of oxygen, suggest the warnings went unheeded.

India is not the only global Covid-19 hotspot. Turkey entered its first national lockdown Thursday, an unwelcome step prompted by infection rates which are now the highest in Europe.

Iran reported its highest daily Covid-19 death toll so far on Monday, with many towns and cities forced into partial lockdown to curb the spread of the virus. Iranian President Hassan Rouhani has said the country is suffering a fourth wave of infections.

The picture across much of South America is also gloomy. Brazil, with more than 14.7 million confirmed coronavirus cases and more than 400,000 deaths, according to Johns Hopkins University data, continues to have the highest daily rate of Covid-19 deaths per million in the world.

Some countries have offered help as hotspots emerge, for example flying in oxygen concentrators, ventilators and other medical supplies to India in recent days. But the coordinated global response urged by Tedros a year ago -- and repeatedly since, by WHO and other global heath bodies -- remains elusive. 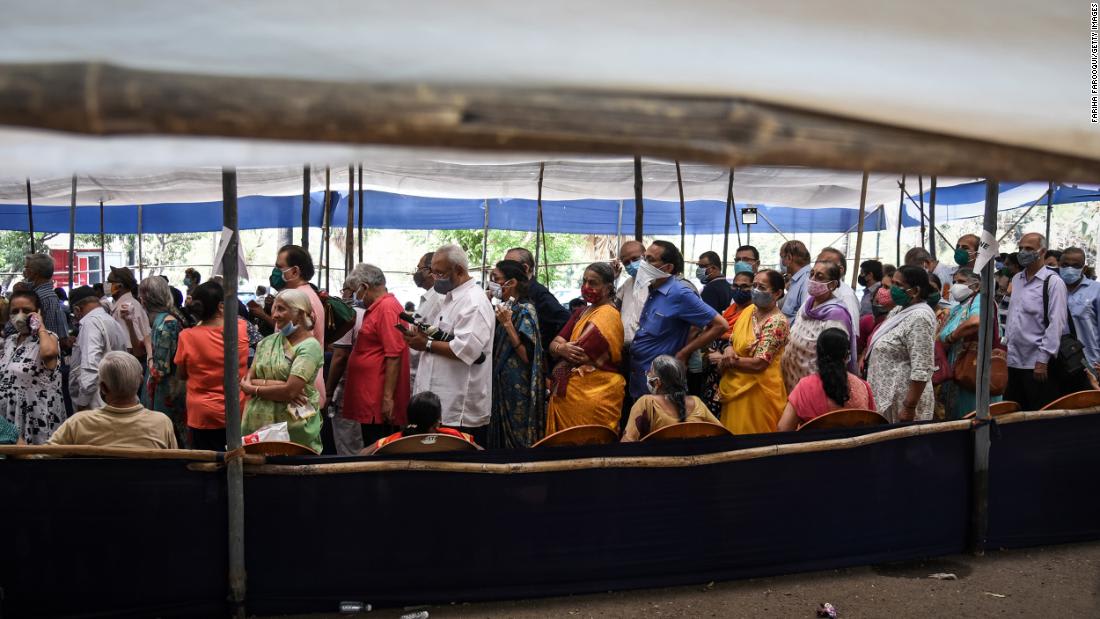 The world is in the midst of its worst Covid crisis so far. It didn't have to be this way