Iran continues to record its highest ever coronavirus cases since the start of the pandemic after 25,490 infections and 395 deaths were reported over 24 hours on Tuesday.

Tuesday’s numbers were not the highest, however. Over the past week, the country has been reporting record-breaking cases daily.

Daily case numbers have almost quadrupled since January -- when an average of 6,000 daily cases were reported -- and tripled since last month.

The total number of Covid-19 cases in Iran now stand at 2,286,927 while deaths have reached 67,525 people. Iran is one of the worst hit countries in the Middle East.

The health ministry said 257 cities and towns across the country have been categorized as "Red Zones" -- where a semi-lockdown is in place, and non-essential businesses closed.

Global carbon dioxide emissions are set to surge dangerously this year as the global economy undergoes a huge recovery in the wake of the coronavirus pandemic.

In a new report, the International Energy Agency (IEA) estimates that carbon emissions from energy use are on track to spike by 1.5 billion tonnes in 2021, as heavy coal consumption in Asia, and in China in particular, outweighs rapid growth in renewable sources. That would be the second largest annual increase in energy-related emissions in history.

This is a dire warning that the economic recovery from the Covid crisis is currently anything but sustainable for our climate. Unless governments around the world move rapidly to start cutting emissions, we are likely to face an even worse situation in 2022."

The Paris-based group is sounding the alarm before 40 world leaders come together later this week for a two-day summit on the climate crisis convened by President Joe Biden. Birol called it a "critical moment to commit to clear and immediate action."

As countries around the world locked down last year and people were instructed to stay at home to limit Covid-19 infections, emissions fell dramatically.

But any climate benefit from the pandemic looks poised to be short-lived.

A resurgence in the use of coal is of particular concern, with demand expected to approach its 2014 peak this year. 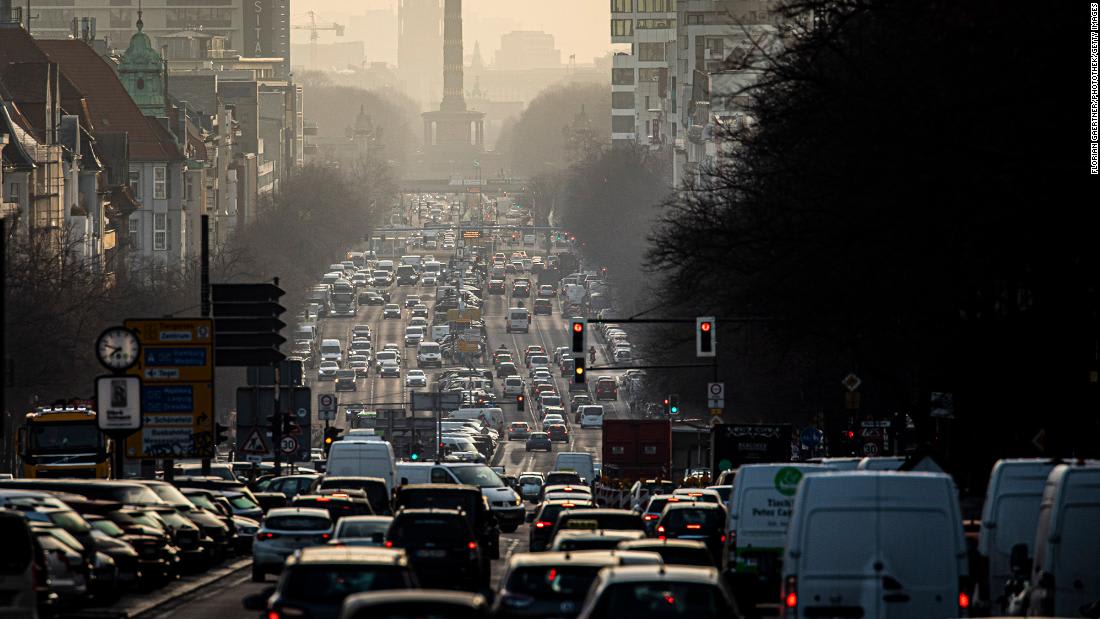 'Dire warning' for the planet: Coal is powering the economic recovery

Rahul Gandhi, the senior leader of the Indian National Congress (INC) party, tested positive for Covid-19 on Tuesday, becoming the latest Indian politician to test positive for the virus.

The news comes a day after India's former Prime Minister Manmohan Singh also contracted coronavirus and was admitted to a Delhi hospital.

In a tweet the Health Minister Harsh Vardhan said Mr. Singh is in a stable condition, with the "best possible care" being provided to him.

India has been battling a second wave of coronavirus since the start of April and has racked up almost 1.5 million cases in the past seven days.
On Tuesday, the Indian health ministry recorded more than 259,000 cases in 24 hours, including 1,761 deaths.

According to CNN affiliate News 18, the 88-year-old Singh was admitted to AIIMS (All India Institute of Medical Sciences) Hospital in the capital, New Delhi.

A number of Congress party politicians tweeted out messages of support, including the now Covid-19 positive Rahul Gandhi, who wrote, "Wishing you a speedy recovery. India needs your guidance and advice in this difficult time.”

Gandhi is the son of former Indian Prime Minister Rajiv Gandhi and former president of the Congress Party, Sonia Gandhi. His grandmother Indira Gandhi was India's first female leader, and his great grandfather, Jawaharlal Nehru, was the country's founding PM. His grandmother was assassinated while in office and his father was killed by a bomb blast while he was campaigning in the southern state of Tamil Nadu.

He is one of the main leaders with the Congress Party and resigned as President of the party after a devastating loss in the 2019 national elections.

Indian Prime Minister Narendra Modi's ruling political party has said it will no longer hold large election rallies in the state of West Bengal, citing a “difficult phase of the pandemic.”

Instead, Modi’s party, the Bharatiya Janata Party (BJP), will hold “small public gatherings," with a cap of 500 people, according to a BJP statement released Monday.

West Bengal, one of five Indian states where elections are currently being held, has seen tens of thousands in attendance at rallies organized by the BJP and by the Trinamool Congress Party – who currently rules the state government.

West Bengal, which has never had a BJP government, has become a key focus for the party. However, the elections are being held amid the country’s second wave.

On Tuesday, India reported a 6th consecutive day of more than 200,000 new Covid-19 cases, according to a CNN tally of figures from the Indian health ministry.
The country has reported nearly 1.5 million new cases in the past seven days alone.
India’s health ministry also reported 1,761 new deaths, the highest in almost 10 months.
In West Bengal, a total of 668,353 total cases have been reported, including 10,606 deaths and 53,418 active cases, according to the Indian Ministry of Health on Tuesday.

Rahul Gandhi, the leader of India's main opposition party, said the Indian National Congress had suspended all public rallies in West Bengal as of Sunday.

The Chief Minister of West Bengal and founder of the Trinamool Congress Party Mamata Banerjee said at a rally on Monday that she would hold short meetings considering the ongoing pandemic.

Banerjee also accused the central government for inadequately preparing for India’s current surge, saying that Modi “ has not done anything to stop covid nor let anyone else do anything to stop it” and that “the prime minister is responsible.”

The Trinamool Congress Party has also appealed to the country's election commission to combine the remaining electoral phases into one day, due to the surge in cases. If that strategy was approved, it would expedite the election process and eliminate the need for further election rallies.

For now, the election commission is currently moving forward with a phased election strategy.

West Bengal has a total of eight polling days, with three remaining. The next date of polling is on April 22.

India reported 259,170 new Covid-19 cases Tuesday, its sixth consecutive day of more than 200,000 new infections, according to a CNN tally of figures from the Indian health ministry.

On Monday evening, the New Delhi government imposed a curfew until April 26 to combat the rising cases and the pressure on the city's healthcare system.

Correction: A previous version of this post incorrectly stated where the US ranks in global coronavirus cases.

The arrival was announced on the official Twitter feed of Argentina's Presidency, which also showed video of an Aerolineas Argentinas plane carrying the shipment of doses arriving at night in Buenos Aires and being unloaded.

The shipment brings the total number of vaccine does received to nearly 9 million, according to Argentina's Ministry of Health.

Some context: The shipment comes as Argentina is experiencing a spike in new cases. The country has registered more than 200,000 new cases in a 24-hour period on 9 separate days in April, according to the country's Ministry of Health.

On Tuesday, Argentina reported 20,461 new cases of the coronavirus, and 248 new deaths, bringing the total number of deaths registered due to Covid-19 to 59,476.

An airport worker in New Zealand tested positive for Covid-19 Tuesday, a day after the country opened a travel bubble with Australia.

The individual's job is to clean planes that have flown internationally from countries where Covid-19 is widespread, according to a media release from New Zealand's Ministry of Health. The worker was employed at Auckland Airport.

“This was border worker who did work in an environment where they were coming into contact with the planes that are used to transport people from Red Zones, from high-risk countries,” Ardern said.

The person has been placed in isolation, interviewed, and their contacts are being tracked, New Zealand Health said Tuesday.

Ardern said the case was not connected to the travel bubble with Australia, and the agreement was not impacted.