At least 9,305 new coronavirus cases were also reported, bringing the total number in the country to 1,607,898. The South American country has averaged over 8,000 cases for the last two weeks, with 12,916 cases being reported on April 1, its highest daily total since the beginning of the pandemic.

Earlier this week, Health Minister Oscar Ugarte told CNN’s affiliate TV Peru that the Brazilian variant P1 has been identified in almost all regions in the country, particularly in the areas bordering with Brazil. The same variant has been also been detected in almost 40% of the cases in the capital Lima, the Minister reiterated.

The UK variant has been detected but in very few cases, the minister added.

Peruvians will go to the polls on April 11 to choose a new President as well as 130 members of Congress.

Voting is mandatory and authorities have increased the number of polling stations, extended voting hours and encouraged voters to cast their votes according to a staggered schedule in order to avoid risks while the country struggles fighting a second wave of the Covid-19 pandemic.

Peru has the fifth highest Covid-19 case count in Latin America, after Brazil, Colombia, Argentina and Mexico according to data from Johns Hopkins University.

More than half of the people who tested positive for Covid-19 in the UK did not have symptoms, the Office for National Statistics (ONS) said Thursday in its latest Infection Survey.

"In March 2021, 47% of people testing positive for the coronavirus in the UK with a strong positive test reported symptoms and 53% did not report having any symptoms," the ONS said.

But how did the others feel? Fatigue, headache and a cough were the most reported symptoms from people who tested positive for Covid-19. Nausea, abdominal pain and diarrhea were among the less commonly reported symptoms.

"Asymptomatic" describes a person who is infected but does not have symptoms. With Covid-19, asymptomatic carriers can still easily infect others without knowing it. So if you’re infected but don’t feel sick, you could still get others very sick. 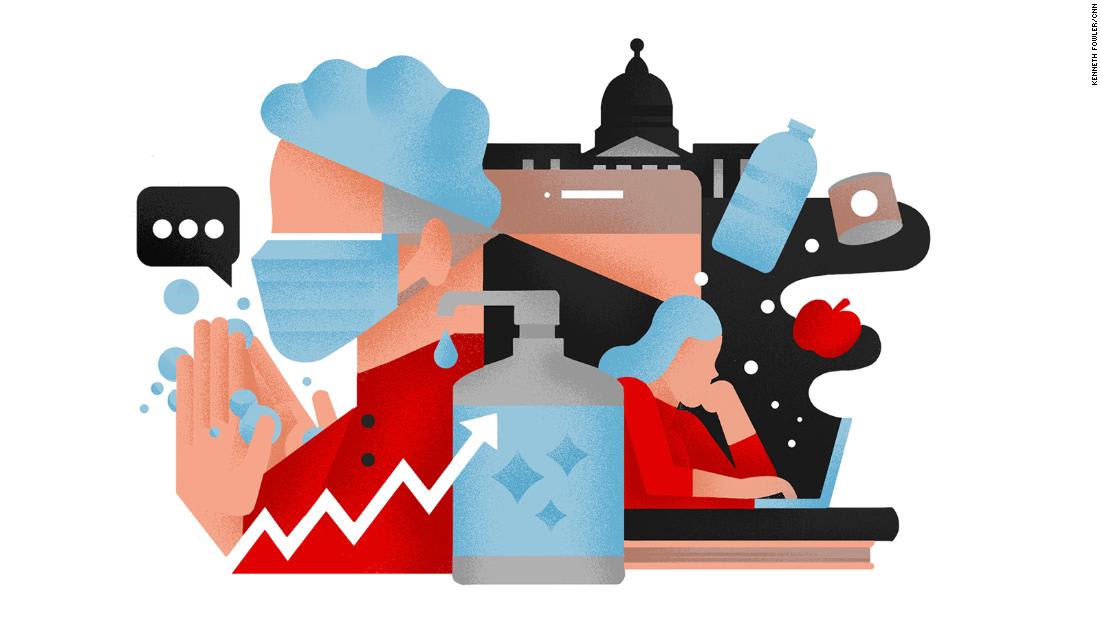 You asked, we're answering: Your top questions about Covid-19 and vaccines

Japan’s Osaka Prefecture reported a record 905 Covid-19 daily cases on Thursday, logging a new daily high for the third consecutive day amid a fourth wave of the pandemic.

Tokyo reported 545 new cases on Thursday, exceeding 500 for two days in a row – the first time doing so since the state of emergency lifted on March 21st. Tokyo Governor Yuriko Koike said she has requested that the central government allow her to employ stricter measures.

Prime Minister Yoshihide Suga said the government plans to designate stronger measures for Tokyo due to a rise in infections and increasing pressure on hospitals in the capital.

Suga told reporters Thursday, “We’ll make an official decision after hearing from a experts panel on Friday, and we will also discuss whether more prefectures should be placed in the stricter measure.”

On Wednesday the city of Osaka took its Olympic torch relay off public roads as it declared a state of emergency amid rising infections. Read more: 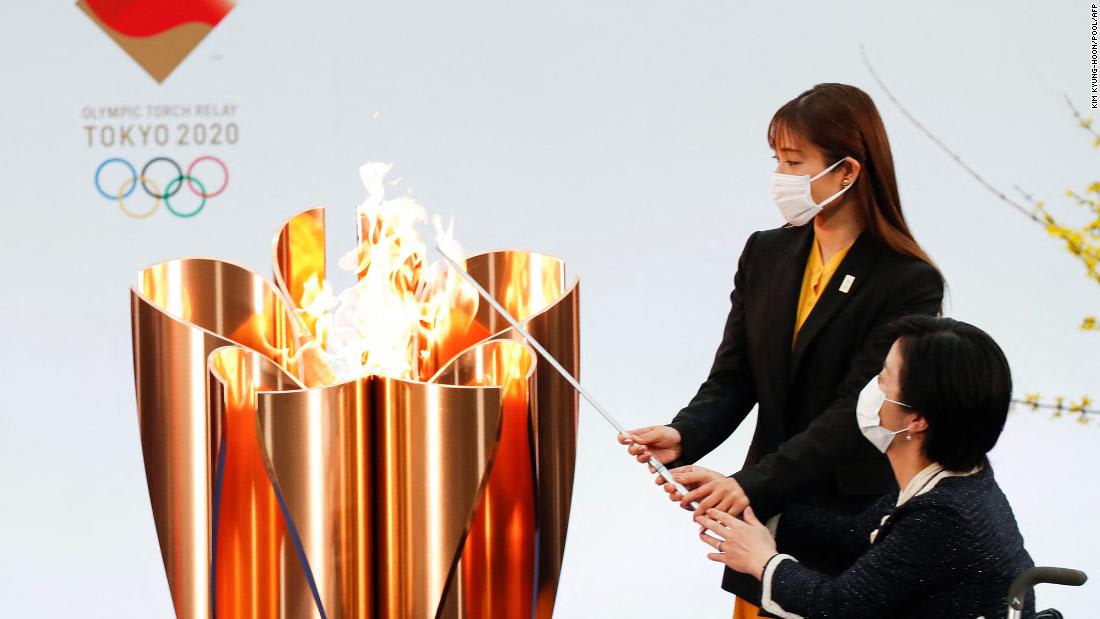 The rate of new coronavirus infections has levelled off in England, researchers at Imperial College London have found.

According to a report released Thursday, one in 500 people are currently infected in England, a fall of almost two thirds since February.

Moreover, infections now result in fewer hospital admissions and deaths. The authors suggest these trends are likely due to a combination of factors, including schools reopening and the nationwide vaccination program.

Commissioned by the government, the research is based on swabs taken from 140,000 people selected to represent England's population. Of those tested, 227 had a positive result, giving a rate of 0.2%, or one in 500 people.

The researchers also estimated that the reproduction number (R) is 1.0, which means the epidemic is neither growing nor shrinking as each infected person infects, on average, one other individual.

Professor Steven Riley, Professor of Infectious Disease Dynamics at Imperial and co-author of the report, said: “Our results are consistent with patterns observed in other data such as cases and hospitalisations and are supportive of a gradual easing of restrictions.
“But with the country continuing to open up in the coming weeks, we would expect prevalence of infections to rise. Future rounds will allow us to monitor the situation closely.”

More than 5.7 million people have now been fully vaccinated with two doses in the UK, while 31.7 million have had a first dose.

Iran's health ministry reported 22,586 new daily coronavirus cases on Thursday, bringing the country's total number of Covid-19 related cases to 2,006,934 since the beginning of the pandemic.

A week ago, the country reported 11,700 new daily coronavirus cases, half of today's numbers.

According to official data, 185 people have died of the virus in the past 24 hours, bringing the country's death toll to 63,884.

At least 4,221 patients remain in ICU, a spokeswoman for the ministry of health, Sima Sadaat Lari, said in a press conference on state TV.

The country continues to keep restrictions in place in an effort to avoid a larger outbreak of cases, with 257 cities and towns now categorized as "red zones” by the authorities.

Why this matters: Iran has the most severe Covid-19 outbreak in the Middle East, with the highest number of cases and deaths in the region. On Monday, the Health Ministry said the country had entered its fourth wave of the pandemic.

Australia will not give AstraZeneca vaccines to people under the age of 50 due to the associated risk of blood clots, forcing a "recalibration" of its vaccine program, Prime Minister Scott Morrison said at a press conference Thursday.

The vaccine will be provided to those under 50 only when “benefit clearly outweighs the risk for that individual's circumstances,” Chief Health Officer Paul Kelly said at the press conference.

This follows recommendations made to the government by the Australian Technical Advisory Group on Immunisation, which added that "people that have had their first dose of the COVID-19 AstraZeneca without any serious adverse events can safely be given their second dose. This includes adults under the age of 50.”

Australia remains at the ‘1A’ phase of its vaccine rollout, targeting older and vulnerable Australians. It should not be affected by the updated advice, according to Kelly.

"The 50 cut-off is based on what we've seen in these events so far - more common in younger people, less common in older people. We know older people are at higher risk of COVID,” Kelly said.

Spain will now give the AstraZeneca Covid-19 vaccine only to people older than 60, marking a “pivot” in its vaccination strategy, Health Minister Carolina Darias announced in a new conference late Wednesday.

Darias said the Health Ministry and the health department chiefs from Spain’s 17 regional governments had approved the shift in policy by a large majority and called the approval “a pivot, with regards to the AstraZeneca vaccine.”

The minister said that health authorities in the Spanish regions already had standing appointments Thursday for people 60 to 65 years old to get Astra Zeneca jabs, and that authorities would consider expanding that to a higher age range.

Spain’s national vaccination strategy has been using the Astra Zeneca vaccine for “essential workers” like police officers, firefighters and teachers, who range in age from their twenties to fifties, a spokesman for the Galicia regional government’s health department told CNN on Thursday.

Why now? Spain’s decision follows the European Medicines Agency (EMA) report on Wednesday that declared "blood clots and low blood platelets is very rare," in people who have received the AstraZeneca vaccine, and "the overall benefits of the vaccine in preventing COVID-19 outweigh the risks of side effects."

The EMA statement said, "So far, most of the cases reported have occurred in women under 60 years of age within 2 weeks of vaccination.”

The events of the past 24 hours have left many worried and unsure of exactly how safe the Oxford/AstraZeneca vaccine is.

After days of speculative media coverage, European drug regulators on Wednesday confirmed a possible link between the Oxford-AstraZeneca vaccine and rare blood clots, and UK authorities recommended that people under 30 should take alternative vaccines.

While the European Medicines Agency and its British counterpart acknowledged that growing evidence pointed to a link, they both emphasized that the chances of clots were on balance still very low and that the vaccine was still very effective at preventing Covid-19.

The European regulator advised that the vaccine still be used as normal, while the UK advised that people under the age of 30 should receive a different vaccine. The reason for this is that as the age group gets younger, the chances of serious illness or death from Covid-19 lessens, meaning the margin between the benefits and the risks narrows.

The British government is already fighting back in the hope that Wednesday’s news won’t lead to vaccine hesitancy. UK Health Secretary Matt Hancock sought to reassure Britons this morning that the vaccine rollout was proceeding “in the safest way possible.”

“Be reassured by the fact that we're taking an abundance of caution,” Hancock told Sky News Thursday. “All three vaccines that are in use in the UK are safe, and they're safe at all ages. But there is a preference for the under-30s, if they want to have the Pfizer or Moderna jab instead.”

The Daily Telegraph newspaper even found and spoke to the family of a man who died from a blood clot after having the vaccine, saying that they still believe people should take the jab when given the chance.

This story, of course, has implications beyond the UK, and developments in the coming days will be very important in the global fight against coronavirus. Many developing countries are depending on the AstraZeneca vaccine as a way out of the pandemic.

Germany plans to speak to Russia about acquiring doses of its Covid-19 vaccine, Sputnik V, if it is approved by EU regulators. In an interview with German public radio WDR5 on Thursday, Health Minister Jens Spahn, said he has notified the EU that Berlin will “bilaterally talk to Russia,“ after the bloc made it clear it will not sign a contract to procure Sputnik shots.

Possibly talking down the significance of the talks, Spahn said that "first of all we will talk about when what quantities could even be delivered ... in the 4th quarter or even 2022 we could possibly still have a need for Sputnik V, but in order to actually make a difference in our current situation the delivery would have to come in the next 2-5 months. Otherwise we will already have enough vaccine anyway.” Spahn said.

The EU's sluggish vaccine rollout has handed Russia the opportunity for a PR coup, which Moscow has grasped with both hands, much to the annoyance of EU allies.

The German state of Bavaria said on Wednesday it would independently buy 2.5 million doses of Sputnik V, as soon as it is approved by the European Union’s drug regulator.