Our live coverage of the coronavirus pandemic had ended for the day.

Germany has passed the grim milestone of 75,000 coronavirus-related deaths since the start of the pandemic, data from the country's public health agency published Wednesday shows.

According to the Robert Koch Institute (RKI) coronavirus dashboard, 248 people died in a span of 24 hours, bringing the total number of deaths to 75,212.

Germany is struggling with a surge of new coronavirus cases, RKI data shows 15,813 new infections for Wednesday, 2,378 more than a week earlier.

German Chancellor Angela Merkel will discuss the situation with state premiers in a video conference on Wednesday, a government spokesperson said..

This comes after harsh criticism of the Easter lockdown and frustrations over the slow vaccine rollout in the country.

A six-week decline in global Covid-19 deaths has stalled, while cases have continued to rise for the fourth consecutive week, the World Health Organization (WHO) reported Tuesday, citing figures received Sunday.

WHO data showed nearly 3.3 million new coronavirus cases globally and 60,000 additional deaths in the week leading up to March 21.

Where the cases are: Brazil, the United States, India, France, and Italy had the highest numbers of new cases, according to the report. Regions in Europe and the Americas account for nearly 80% of all cases and deaths.

Covid variants: WHO has also reported a continued increase in Covid-19 variants of concern around the world.

Limitations: WHO noted that there are limitations in the virus surveillance and sequencing capacity of some countries, and there may be differences in which virus samples are prioritized for sequencing.

“WHO continues to advocate for strengthening surveillance and sequencing capacity,” the report stated.

Cases of people who developed Covid-19 after vaccination are "expected" and the US Centers for Disease Control and Prevention (CDC) is tracking that data as more people get vaccinated, a CDC official told CNN on Tuesday.

The official said it’s important to study and genetically sequence “breakthrough” infections amid concerns that new variants might evade the immune protection offered by vaccines.

“We are tracking and looking at sequencing those vaccine breakthrough cases to see what are the similarities of the cases,” the CDC official told CNN.

The checks are “timely” because more people are getting vaccinated.

Current CDC guidance says that vaccination status shouldn’t affect treatment for Covid-19, but that health care providers and local health departments are encouraged to request the specimen be held and to report the case to their state health department.

CDC will work with the state health department to collect information about the case.

The Department of Health and Human Services has previously established an interagency effort to research emerging variants and monitor how they could affect vaccines, therapeutics and diagnostics.

The CDC official told CNN that the agencies are working together to analyze any variants that might be disproportionately causing infection among vaccinated people and will eventually issue guidance as data is gathered.

The official underscored that vaccine trials have been designed to show protection against symptomatic disease but not necessarily asymptomatic infection and transmission.

The CDC lists a number of “variants of concern” it is monitoring for their potential to spread more easily or evade antibodies. However, none rise to the agency’s highest level, a “variant of high consequence”; this would signify that our methods to combat the variant have “significantly reduced effectiveness.”

Brazil on Tuesday recorded 3,251 new deaths due to Covid-19 -- its highest daily death toll since the pandemic began and the first time it has posted more than 3,000 coronavirus-related deaths in a day, according to the country’s health ministry.

Additionally, 82,493 new coronavirus cases were also reported across the country, bringing the total cases reported in Brazil to 12,130,019.

The governor of Sao Paulo state has called Jair Bolsonaro a "psychopathic leader," in a sharp rebuke over the Brazilian President's response to the coronavirus pandemic.

"We are in one of those tragic moments in history when millions of people pay a high price for having an unprepared and psychopathic leader in charge of a nation," Joao Doria said in an interview with CNN on Monday.

Authorities in Hong Kong and Macao have suspended the rollout of BioNTech's Covid-19 vaccine citing a packaging defect found in their first batch of doses.

Both governments said in statements Wednesday they had received a letter from BioNTech and its Chinese partner, Fosun Pharma, indicating an issue with the seal on individual vials in batch number 21012.

According to government figures, as of Tuesday, 150,200 people in Hong Kong had received their first dose of the BioNTech vaccine, which outside of China is partnered with US pharmaceutical giant Pfizer.

Although both Fosun and BioNTech "have not found any reason to believe that product safety is at risk," the Hong Kong government said it was suspending vaccinations involving batch 21012, and halting plans to administer a second batch pending an investigation.

"These are preventive measures to continuously ensure the safety of the vaccination program," the statement read.

Prior to halting the BioNTech rollout, Hong Kong offered residents a choice of two vaccines, BioNTech, and Chinese-produced Sinovac. Now those who wish to get vaccinated must either wait until the issue with the BioNTech doses is resolved or go with Sinovac.

Hong Kong is expected to receive doses of the AstraZeneca vaccine at a later date.

Hong Kong Chief Executive Carrie Lam said Tuesday that 6% of the population had taken their first shot, which she sad described as "not bad," though admitted the city could "do better."

Though an estimated 252,800 people have so far received their first dose of Sinovac, hesitancy has been an issue, with many citing a lack of public data regarding clinical trials. 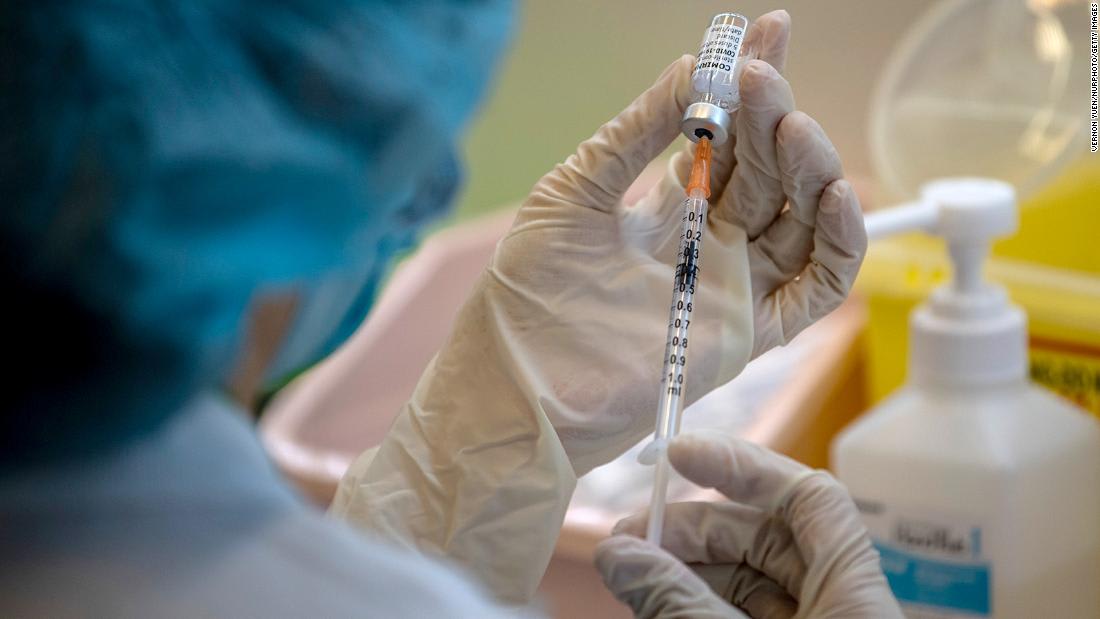 An immigration detention center in Thailand's capital, Bangkok, has reported nearly 400 Covid-19 cases in the past two weeks.

Bang Khen immigration detention center, which receives illegal immigrants from across the country, started testing on March 11 when nine positive Covid-19 cases were reported, according to Thailand's Health Ministry.

Since then, a total of 395 cases have been reported from the outbreak, the ministry added. All of the positive cases are foreign detainees and officers from the center.

India reported 275 deaths due to coronavirus on Wednesday, the highest number of fatalities in a single day since December 31, according to a CNN tally of figures from the Indian Ministry of Health.

This comes as India marks one year since the first nationwide Covid-19 lockdown was imposed in the country, forcing its 1.3 billion people indoors.

New rules: In light of the "fresh surge in cases in some parts of the country," the Ministry of Home Affairs (MHA) on Tuesday announced new Covid-19 control guidelines that will be in place until the end of April.

India has reported more than 35,000 new cases daily for seven consecutive days, according to CNN's tally of figures from the Ministry of Health. This rise follows a "sustained decline in the number of active cases, continuously for about 5 months," as per the MHA order.

Some of the measures outlined in the Tuesday order included quickly isolating positive cases and tracing contacts of Covid-positive patients within 72 hours.

According to the Ministry of Health on Tuesday, Maharashtra, Punjab, Gujarat, Chhattisgarh and Tamil Nadu accounted for 81% of new cases reported over the previous 24 hours. Parts of many of these states have imposed complete or partial lockdowns and night curfews in order to contain the spread of the virus.

India has distributed more than 50 million vaccine doses since January 16 when it began vaccinating healthcare and frontline workers, as well as those over age 60 or above 45 with comorbidities. Everyone 45 or older will be included in the rollout from April 1, according to the Ministry of Health.