"Of course, I understand what Italy did," Véran said during an interview with CNN affiliate BFM on Friday. "We could do the same thing."

A spokesperson for Italian Prime Minister Mario Draghi told CNN that Italy and the European Commission had agreed on the action. This is the first time that such EU measures have been used for vaccines.

"We are closely discussing with Italians, as well as with all our European partners to have a European approach on the issue." Véran said.
"Since the first day, France has believed in a shared European approach," he added.

In late January, a public and acrimonious fight erupted between the EU and AstraZeneca over vaccine delays, after the company advised the bloc that it would deliver tens of millions fewer doses than agreed by the end of March.

The European Commission later adopted new measures giving member states the power to restrict the export of vaccines outside the bloc, in certain situations.

Italy has justified invoking the powers by citing AstraZeneca's delays in supplying its vaccine to Italy and the EU, and noting that Australia is not considered a "vulnerable" nation to Covid-19 by the EU. 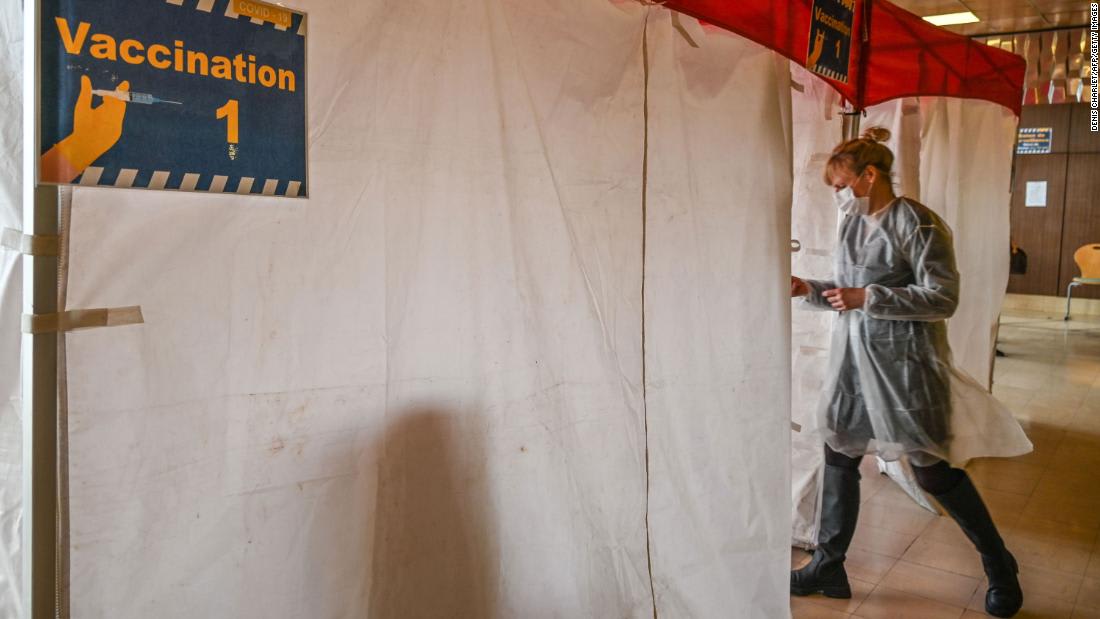 The state of emergency has been in place for Tokyo and three prefectures -- Saitama, Chiba and Kanagawa -- since January 7, and was set to end Sunday. It will now continue until March 21.

Nishimura also noted infection rates were higher in March and April 2020 as people's movements increase during that time.

Tokyo reported 279 new cases on Thursday, bringing its total to 112,624, according to the city's Metropolitan Government.

The United States reported 65,447 new Covid-19 cases and 1,775 related deaths on Thursday, according to a tally by Johns Hopkins University.

The United States has reported at least 2,753 cases of the coronavirus variants first spotted in the UK, South Africa and Brazil, according to the US Centers for Disease Control and Prevention.

Genomic sequencing has turned up cases of the three top variants of concern in 47 states, Washington, DC and Puerto Rico.

The CDC says this does not represent the total number of such cases circulating in the US -- just those detected by analyzing positive samples.

UK variant: The vast majority of these cases -- 2,672 -- are the more contagious variant known as B.1.1.7, which was originally detected in the UK. This variant has been found in 46 states, Puerto Rico and Washington, DC. About 24% of cases are in Florida.

South Africa variant: There have been 68 cases of a variant first seen in South Africa, called B.1.351, in 16 states and Washington, DC.

Brazil variant: 13 total cases of the P.1 variant first linked to Brazil have been discovered in 7 states.

Australia has enough doses of AstraZeneca's coronavirus vaccine to continue plans to inoculate its citizens, according to a statement from the spokesperson of the Minister for Health.

The statement said existing vaccines in the country will see Australia through until domestic production is established in late March.

Australia started inoculating citizens with the Pfizer/BioNTech vaccine on February 22. Distribution of the AstraZeneca vaccine began Thursday in the state of South Australia.