Miami Beach, Florida, Mayor Dan Gelber is bracing for a possible coronavirus spike if people who’ve been stuck in their homes for a year visit his city during spring break.

“We’re very concerned. You know, a lot of things are happening simultaneously. You have the variant down here, and we still are having sometimes dozens of deaths a day in our county,” Gelber said on CNN’s “New Day.”

“And at the same time, we’ve got incredibly cheap round-trip tickets for 40 bucks from anywhere in the Northeast down here, discounted rooms and people who have been really…pent up and wanting to get out with no other place to go than here. So we are very worried that there's going to be a convergence of people here and a real problem in the aftermath of that.”

While there is ample outdoor dining and hotels have been following guidelines, Gelber said that gatherings at bars “might become the kinds of super-spreaders that I think we saw a year ago.”

Gelber said Florida Gov. Ron DeSantis has hampered his ability to give out fines, so police officers and ambassadors are handing out masks. The city is also enforcing a curfew and a noise ordinance.

“I would love to have the governor's voice urging people to be responsible, but we really don't have that right now,” he said.

The unemployment rate — which only counts people who are actively seeking jobs and not those who have dropped out of the workforce entirely — inched down to 6.2% from 6.3% in January. Economists had predicted it would stay flat.

Economists agree that the official jobless rate is likely under-reporting how many people are actually unemployed as a result of the pandemic.

Director General of the World Health Organization (WHO) Tedros Adhanom Ghebreyesus has warned countries to abandon the "me first" approach to vaccines in an opinion article for The Guardian.

"Of the 225m vaccine doses that have been administered so far, the vast majority have been in a handful of rich and vaccine-producing countries, while most low- and middle-income countries watch and wait," Ghebreyesus said.
"A me-first approach might serve short-term political interests, but it is self-defeating and will lead to a protracted recovery."

It's not the first time Ghebreyesus has made such a plea.

"I need to be blunt: the world is on the brink of a catastrophic moral failure -- and the price of this failure will be paid with lives and livelihoods in the world's poorest countries," he said, while speaking at WHO headquarters in Geneva on January 18.

WHO is co-leader of the COVAX initiative, which is aimed at distributing vaccines to low-income countries who cannot easily purchase them directly from manufacturers.

But even among wealthier nations trouble is brewing, with Europe in particular struggling with disrupted vaccine supplies.

"The future is ours to write. Let’s not be held back by politics, business as usual or those who say we can’t," Ghebreyesus wrote in The Guardian, adding that the world should make sure "no country is left behind."

Connecticut is set to fully reopen some businesses to full capacity while maintaining its mask mandate.

“This is something we know we can do safely, we know it works, and maintaining the masks and the social distancing reinforces that [we] still know that we have a way to go,” Lamont said.

Beginning on March 19, the state will no longer have capacity restrictions for restaurants, houses of worship, stores, gyms, museums, and a slew of other businesses and institutions.

Restaurants will still be required to limit tables to eight patrons, and the 11 p.m. curfew for eating establishments and entertainment venues will remain in effect.

During a press conference Thursday, Lamont contrasted his state with others that are fully reopening businesses while lifting mask mandates. “This is not Texas. This is not Mississippi. This is Connecticut. We are maintaining the masks,” he said.

Lamont said the “vast majority” of people over age 55 will be vaccinated by March 19. The state has made the vaccine available solely by age for fairness and simplicity, he said.

He also said that more highly transmissible variants are “the wild card in the deck.”

“But we have a little experience with it,” he said. “We've seen the variant now down in Miami and San Diego for six, seven weeks. And I really worried that it was going to double up every few days, and that has not happened. So we have a sense that if the variant does become more prevalent here in this region -- it's not yet -- we'll be able to respond accordingly. And we'll have time to respond."

On Friday, Iran's health ministry reported 8,367 new daily coronavirus cases, bringing the country's total to 1,673,470 since the beginning of the pandemic.

Iran has the most severe Covid-19 outbreak in the Middle East, with the highest number of virus cases and deaths in the region.

At least 3,767 patients remain hospitalized in ICU, a spokeswoman for the health ministry, Sima Sadaat Lari, said in a press conference on state TV.

The health ministry also announced that 12 provinces in Iran have been affected by new variants of Covid-19.

Iran continues to keep restrictions in place to avoid a larger outbreak of cases.

US President Joe Biden says the massive Covid-19 relief bill now on the Senate floor is crucial to finally getting a jump on a murderous pandemic. It's also a perfect metaphor for American politics in 2021.

The measure contains many billions of dollars in extended unemployment benefits, help for shuttered small businesses, cash for getting schools open and it stands up a nationwide effort to speed up vaccines that could finally reduce the virus to manageable levels. The latest government data shows the country is down nearly 10 million jobs from where it was a year ago -- underscoring the aching human need the package will address.

But Republicans charge the measure is laden with big-ticket liberal spending that has nothing to do with the crisis and quarrel with substantial aid payments to states and cities that they argue are hurting less than expected owing to better-than-projected tax revenues. 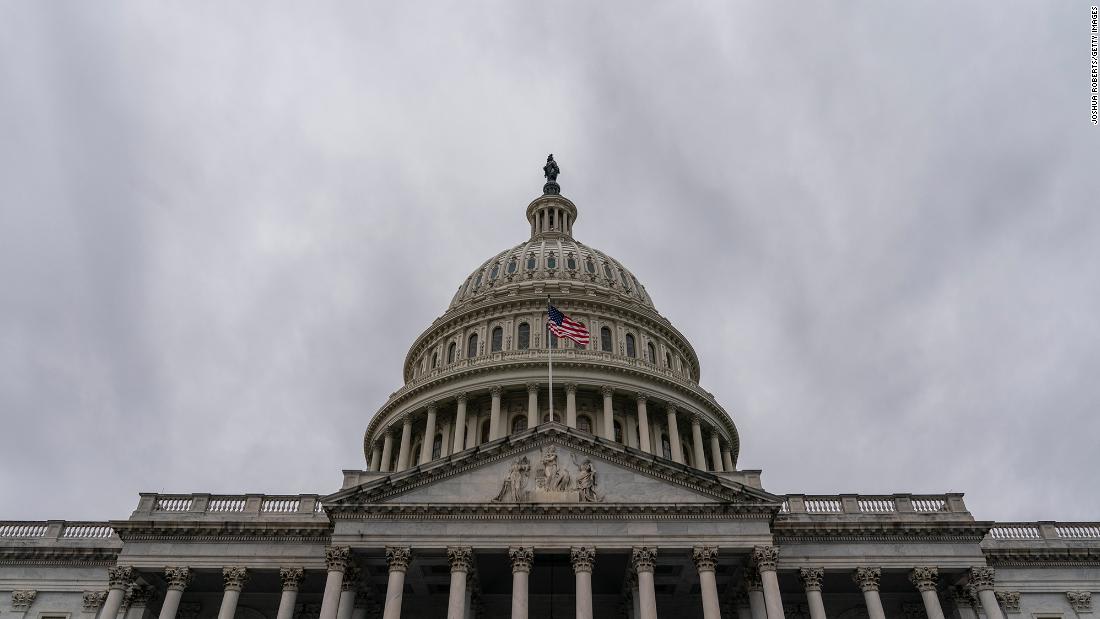 The European Commission says the message to vaccine makers is very clear and is calling on them to do their utmost to comply with the contracts they’ve signed with the bloc, its chief spokesperson said Friday.

Eric Mamer, the trade bloc's chief spokesperson, addressed the decision taken by Italy to block the export of 250,000 doses of the AstraZeneca vaccine to Australia in a media briefing.

“The message is very clearly ... that we expect companies with which the European Union has signed advanced purchasing agreements, to do their utmost to comply with the contracts with the delivery contracts that they have with the with the Member States,” Mamer said.

The fact is that the European Union is a major exporter of vaccine doses," he added.

“We have always said, that we were actually in intense discussions with the company in order to ensure the respect of the schedule of deliveries because EMA has authorised this vaccine, and we are urging member states to use it.”

The spokesperson went on to say it is not the EU’s place to tell the company where the doses must go to, adding that they remain in the possession of AstraZeneca.

“Our business is to say, a decision has been taken by the Italian authorities that we have supported on exports, because the assessment is that progress needs to be made on the delivery to EU countries, and this is basically the conversation that we will continue to have with the company.”

The European Commission’s Executive Vice President (EVP) for Trade, Valdis Dombrovskis, has told his Australian counterpart that AstraZeneca’s “systematic under-delivery” on its contracts with the EU was behind the decision by Italian and European officials to block exports of the vaccine to Australia.

Garcia Ferrer said the call was planned before Italy invoked European Union powers to block AstraZeneca from exporting 250,000 doses to Australia on Thursday.

She said that the call was not "specific" to the controversy but that the officials "did discuss the export authorization mechanisms."

"The EVP explained the functioning of the system, as well as the systematic under-delivery by AstraZeneca on its EU contract and that the Commission with the member states are working to address this issue," the spokesperson added.

“He also reassured [Tehan] that for those companies that are honouring their contract arrangement with the EU there is no issue with the export authorisations including with Australia."

"We'd always anticipated that these sorts of problems could arise," Australian Prime Minister Scott Morrison said at a press briefing Friday.
"And that's why we've done a number of things, the most significant of which is to ensure that we have our own domestically produced vaccine."

The UK government has come under fire what critics are calling a "pitiful" 1% pay rise for workers of its National Health Service (NHS).

NHS workers have been repeatedly lauded by UK politicians for their work during the pandemic.

The government slogan in the first phase of the pandemic in 2020 read: "Stay at Home, Protect the NHS, Save Lives."

The pay rise, which was offered by the UK Department of Health and Social Care to the NHS Pay Review Body on Thursday, has draw criticism from various bodies.

Royal College of Nursing (RCN) Chief Executive Donna Kinnair branded it “pitiful and bitterly disappointing.”
The RCN said the rise “would amount to only an extra £3.50 ($4.85) per week take-home pay for an experienced nurse.”
The statement adds: “Nobody would think that is fair in the middle of a pandemic and it will do nothing to prevent the exodus from nursing.”
The RCN have called for a rise of 12.5% instead.

Criticism also came in fast from the UK opposition leader Keir Starmer who called the raise “insulting” and said it was “not good enough just to clap them,” referring to the weekly ritual during the UK's first lockdown in which members of the public applauded health care staff for their work.

“The Prime Minister tries to take credit for the vaccine rollout whilst cutting the pay of those that are actually delivering it,” Starmer told BBC News in an interview on Friday.

“They've been keeping our country going throughout this pandemic and he's absolutely wrong to freeze their pay at this time.”