Our live coverage of the pandemic has moved here.

The British government is doing all it can to make summer holidays possible this year, Health Secretary Matt Hancock told Sky News on Thursday.

"I do understand the yearning for certainty, but certainty is hard in a pandemic. We are doing everything we can to make sure people can have that holiday in the summer," Hancock said.

The minister told the BBC that he himself had “months ago” booked a summer holiday in Cornwall in southwest England.

Hancock also said the government wants to "bring an end to that uncertainty," adding that "it's the vaccine program that is our route out of this, and is the way through and thankfully that has been going really incredibly well."

As of Tuesday, 13,058,298 people in the United Kingdom have received the first dose of the Covid-19 vaccine, according to the government's dashboard.

Some context: Booking any kind of summer travel escape became an even bigger gamble for millions of British people on Wednesday as the the government warned that even staycations could be under threat until vaccinations are completed.

After officials previously signaled that a foreign trip may not be possible during 2021, UK transport minister Grant Shapps said that even a break on home soil could be out of the question amid the pandemic.

The UK coronavirus variant that has “swept the country” is “going to sweep the world in all probability” Sharon Peacock, director of the Covid-19 Genomics UK consortium, told the BBC on Wednesday.

The highly transmissible UK strain of coronavirus was first identified in September 2020, in the English county of Kent. It has already been detected in at least 86 countries and was the catalyst for the UK’s current lockdown.

Peacock predicted that her sequencing work, which tracks mutations of the coronavirus, will likely be required for another decade as the virus continues to circulate throughout the world.

Where did it come from? Speaking on the origins of the UK variant, known as B.1.1.7, Peacock said there was growing scientific literature suggesting it had evolved in an immunosuppressed patient.

“This virus is so different to everything else that was circulating that there are only two possible explanations, one is that it was introduced, the second explanation is very plausible, and that is that it was in a patient who had a simmering infection for many months and that virus had the opportunity to adapt and change over time. I think there is some growing literature evidence that this is the case” Peacock said.

"Jury out" on whether variant is more deadly: Addressing a Downing Street news conference in late January, Prime Minister Boris Johnson had warned that the new UK variant could be 30% more lethal than previous strains.

Peacock told the BBC on Wednesday that no concrete evidence had emerged to support that theory.  “The jury is still out on that, I don't think the evidence is really firm … I think it’s still under investigation,” she said.

Former President Donald Trump’s four years in office worsened a decades-long decline in US health and set up the country for its disastrous handing of the coronavirus pandemic, a team of experts concluded in a new report released Thursday.

“During his time in office President Trump politicized and repudiated science, leaving the USA unprepared and exposed to the COVID-19 pandemic,” the Lancet Commission on Public Policy and Health in the Trump Era said. His administration also “undermined health coverage, weakened food assistance programs (and) curtailed reproductive rights,” it added.

The group of 33 experts from the United States, Britain and Canada made a scathing assessment of Trump policies, but said much of the damage dated back to former President Ronald Reagan’s policies in the 1980s.

“Trump’s mismanagement of the COVID-19 pandemic— compounded by his efforts to dismantle the USA’s already weakened public health infrastructure and the Affordable Care Act’s (ACA) coverage expansions—has caused tens of thousands of unnecessary deaths,” the report, published by the Lancet, reads.

“His elimination of the National Security Council’s global health security team, and a 2017 hiring freeze that left almost 700 positions at the Centers for Disease Control and Prevention (CDC) unfilled, compromised preparedness.”

Funding cuts for public health agencies dating back to 2008 led to the loss of 50,000 frontline staff, the report noted. “The fragmented and profit-oriented health-care system was ill-prepared to prioritize and coordinate pandemic response,” it said.

Changes at the Environmental Protection Agency may be especially harmful, the report predicted. “Many of President Trump’s policies have yet to extract their full toll of ill-health. Some of the damage, as in the case of climate change, will last generations,” it said.

He said the approval was granted by Mexico's Federal Committee for Protection from Sanitary Risks (Cofepris) after it reviewed the vaccines' quality, safety and efficacy, according to a statement posted on the Health Ministry's website.

The first bulk shipment of the CanSino vaccine will arrive in Mexico from China on Thursday, where it will be packed at a plant in the central city of Queretaro, the statement said.

Mexico has also issued an emergency use authorization for Russia's Sputnik V coronavirus vaccine and ordered millions of doses.

At least 1,957,889 confirmed Covid-19 cases and 169,760 deaths have been reported in Mexico, according to Johns Hopkins University.

More state leaders have announced they're loosening Covid-19 restrictions, even as experts warn the US is still not in the clear -- especially as variants spread across the country.

Montana Gov. Greg Gianforte signed a bill on Wednesday shielding businesses and houses of worship from legal liability for Covid-19 transmission as long as they take measures to follow public health guidelines, and announced he would not extend the statewide mask mandate.

"The mask mandate will expire on Friday," the governor said, adding, "Since we're not out of the woods yet, I will continue to wear a mask, and I will encourage all Montanans to do the same."

Chicago officials said Wednesday indoor service at bars, restaurants and events can expand to the lesser of 25% capacity or 50 people per room or floor. The measure, which will be effective Thursday, comes as part of a broader plan to slowly ease Covid-19 restrictions in the city.

New York Gov. Andrew Cuomo announced major stadiums and arenas can reopen starting February 23, with approval from the state's health department. The venues will also have to follow health guidelines including capacity limits, social distancing and face-covering requirements and both staff and attendees will need to receive a negative Covid-19 PCR test within 72 hours of any event.

"While we continue to fight COVID on multiple fronts, we must also get this economy re-opened intelligently and in a balanced way," Cuomo said in a statement.

In New Mexico, Gov. Michelle Lujan Grisham said the state will drop its mandatory-quarantine rule for people coming from "high-risk" states, attributing the policy change to a "cautiously brighter pandemic outlook after several months of unsustainable strain on the state's health care system."

"It is absolutely essential that we continue to do steps beyond vaccination to keep this under control," Besser said. "The more this virus is allowed to spread in our communities, the more we're going to see these variants spreading." 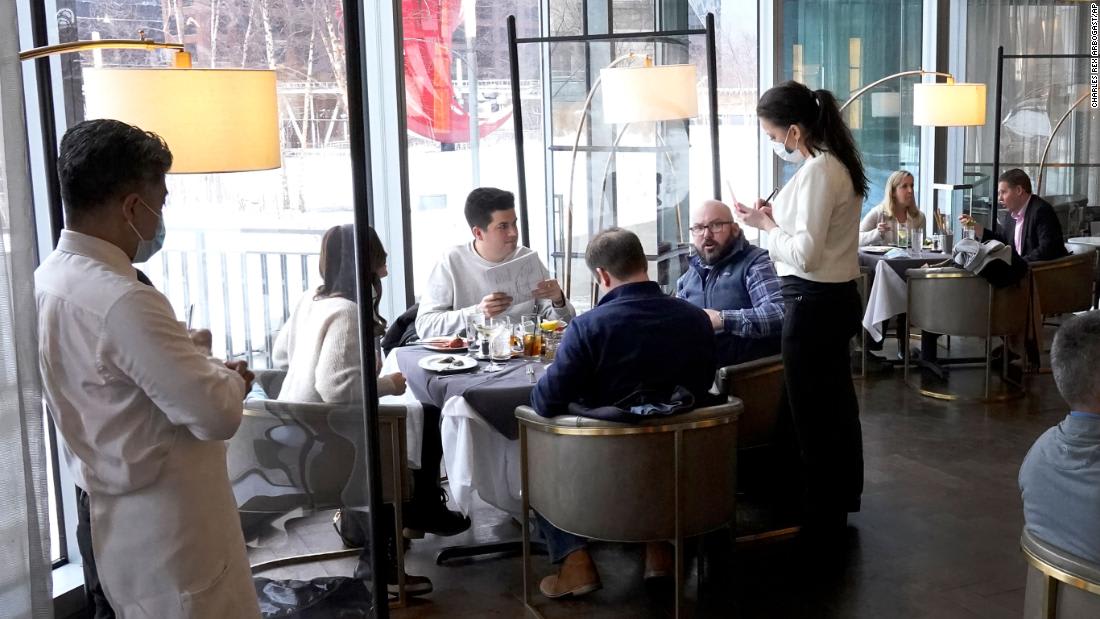 More state leaders are loosening Covid-19 restrictions. Experts have warned it may be too soon

The United States reported 93,166 new cases of Covid-19 and 3,219 additional virus-related deaths on Wednesday, according to a tally by Johns Hopkins University.

Vaccines: At least 65,972,575  vaccine doses have been distributed and at least 44,769,970 shots administered, according to the US Centers for Disease Control and Prevention.

CNN is tracking US cases.

The single mother-of-two had a persistent fever and trouble breathing. She knew that her asthma and chronic bronchitis had left her vulnerable to the worst effects of the illness.

"I wondered if I would wake up tomorrow," said the 32-year-old, who asked not to be identified because of the stigma Covid-19 carries in Japan.

When her condition worsened, she called the public health center in Hyogo prefecture for assistance, but she said no one answered her calls.

Instead, she had to isolate in her tiny bedroom, while her children, age 3 and 6, slept alone in the living room for nearly two weeks. Her mother would drop off food for the family but could not stay because the children had been exposed to the virus, and they couldn't get tested for nearly a week. Su said she communicated with her children via a tablet -- and could often hear them fighting.

"My small children were trapped in the small living room alone without going outside at all for 10 days. "I was feeling sick, in terrible condition, but I felt more pain leaving my children alone."

A representative at the Hyogo Prefecture Health Center could not speak directly to Su's case but said that while they try to contact isolating patients daily, the holiday period was incredibly busy.

The pandemic has stretched Japan's national health care system to the brink, as the country deals with its worst wave since the outbreak began. Cases have more than doubled in the past two months to over 406,000 cases.

That means people are dying at home from Covid-19, fighting deteriorating conditions alone, and spreading the virus to family members. 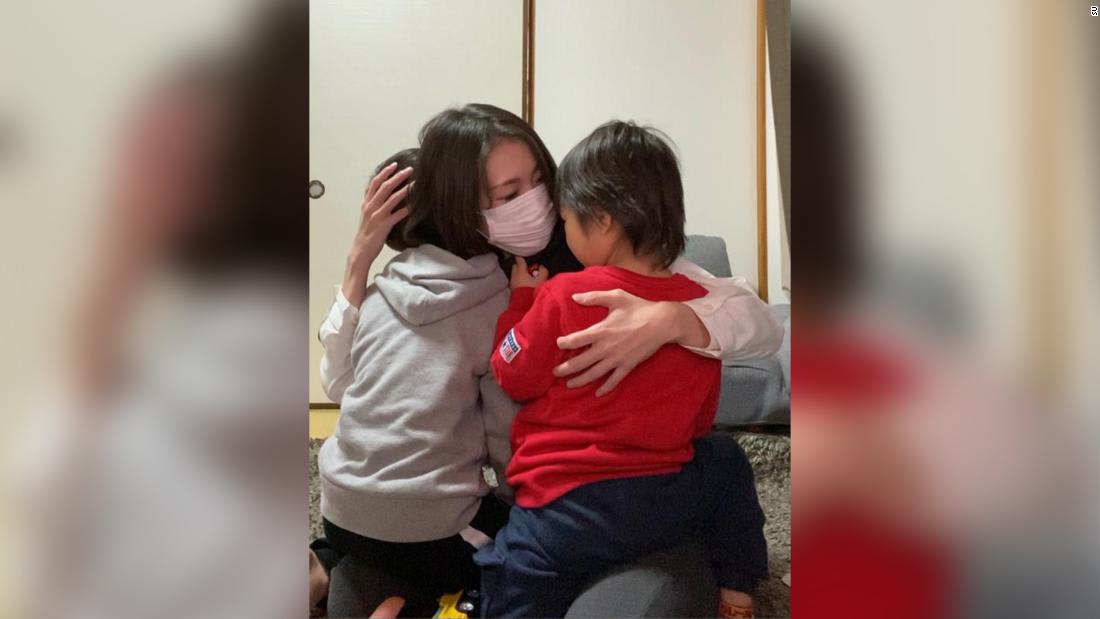 Japan has the most beds per capita in the developed world. So why is its health system crashing?

Peru's hospitals are facing an oxygen shortage and the consumption of oxygen supplies has tripled due to new coronavirus variants that spread easier and faster, the country's Health Minister Pilar Mazzetti warned on Wednesday.

“The virus we started with, is not the same one we have today,” Mazzetti said.

“The initial calculation for the amount of oxygen needed, which we thought was going to double, has tripled. Meaning, we have a 300% increment (in the need for oxygen),” Mazzetti said.

Peru is in need of 510 tons of oxygen a day, but currently can only access 400 tons, leaving the county in “a deficit of 110 tons daily,” she said.

Also on Wednesday, Peruvian Prime Minister Violeta Bermudez announced that quarantine measures will be extended from February 15 to February 28 in 32 high-risk provinces.

California has surpassed New York as the US state with the highest number of Covid-19 deaths since the beginning of the pandemic, according to data from Johns Hopkins University.

The grim designation comes after a catastrophic surge of new infections over the holidays in California led to a record wave of deaths that has lingered into February, even as new Covid-19 cases and hospitalizations have fallen in recent weeks. On Wednesday, state data showed a rolling daily average of nearly 500 deaths.

“This is a heart-wrenching reminder that Covid-19 is a deadly virus, and we mourn alongside every Californian who has suffered the tragic loss of a loved one during this pandemic,” said Dr. Mark Ghaly, California’s Secretary of Health and Human Services.

Though California has the highest number of total deaths, many other states have a higher rate of deaths per capita. New Jersey has the highest rate, followed by New York, which was hit hard early in the pandemic.

California saw a surge in new cases in the fall, soaring from a total of 1 million just before Thanksgiving to more than 3 million by mid-January.

The mounting death toll in California comes despite the state’s accelerated vaccine rollout. “Deaths continue to be devastating,” Gov. Gavin Newsom said Tuesday at the opening of the state’s largest mass vaccination center at Levi’s Stadium in Santa Clara, which will administer up to 15,000 doses each day.