The European Commission is expected to decide Friday on a “transparency and authorization mechanism for the export of vaccines” from the European Union following a dispute with vaccine manufacturers over reduced supplies to the bloc, the Commission’s Chief Spokesman Eric Mamer said.

Two EU officials said Thursday that it was not an export ban -- instead, companies wanting to export coronavirus vaccines from the bloc would need to notify the national governments and wait for authorization.

“Any exporting company would send into the national authorities their plan what to export, when, to whom and so on, and what amount, and the national authorities will then be allowed to check that, and to give an authorization or a refusal,” one EU official told reporters.
“That of course has to happen very quickly, so it's a question not of weeks, but the question of hours,” the official added.
“We are not proposing to impose an export ban, what we want to do is to monitor how the funds that we paid from the EU budget have been used and how the advanced purchase agreements that we concluded with pharmaceutical companies are producing vaccines for our citizens,” a second official said.

Michel added that if “no satisfactory solution” is found with vaccine manufacturers to resolve the supply issue, the EU should “make use of all legal means and enforcement measures at our disposal.”

The new mechanism would not impact humanitarian aid or Covax, the global initiative aiming to distribute some 2 billion vaccines to poorer countries.

Medical professionals are working to understand more about a condition they are calling "long Covid," among patients who experience lingering symptoms months after recovering from coronavirus.

A study recently published in the journal The Lancet found that of 1,733 coronavirus patients treated in the Chinese city of Wuhan, 76% were still experiencing at least one symptom six months after their symptoms began.

Doctors have reported that the severity of Covid-19 illness may have little impact on whether patients experience long Covid symptoms, Hernandez-Romieu said.

Dr. Allison Navis, an assistant professor at the Icahn School of Medicine at Mount Sinai in New York City, said one of the most common symptoms of long Covid is called "brain fog."

"Brain fog is a symptom. It is not a diagnosis, and it means many different things to different people," Navis said. "Oftentimes it's a combination of short-term memory issues, concentration, or word-finding speech difficulty."

Navis said brain fog does not appear to have a clear connection to the severity of Covid-19 infection, age or other risk factors. She said doctors have observed these symptoms in younger patients -- including children and adolescents -- who had mild coronavirus and were previously healthy.

In the absence of a broad diagnosis or treatment plan for people who experience long Covid, doctors have been targeting specific symptoms for treatment, Navis said. 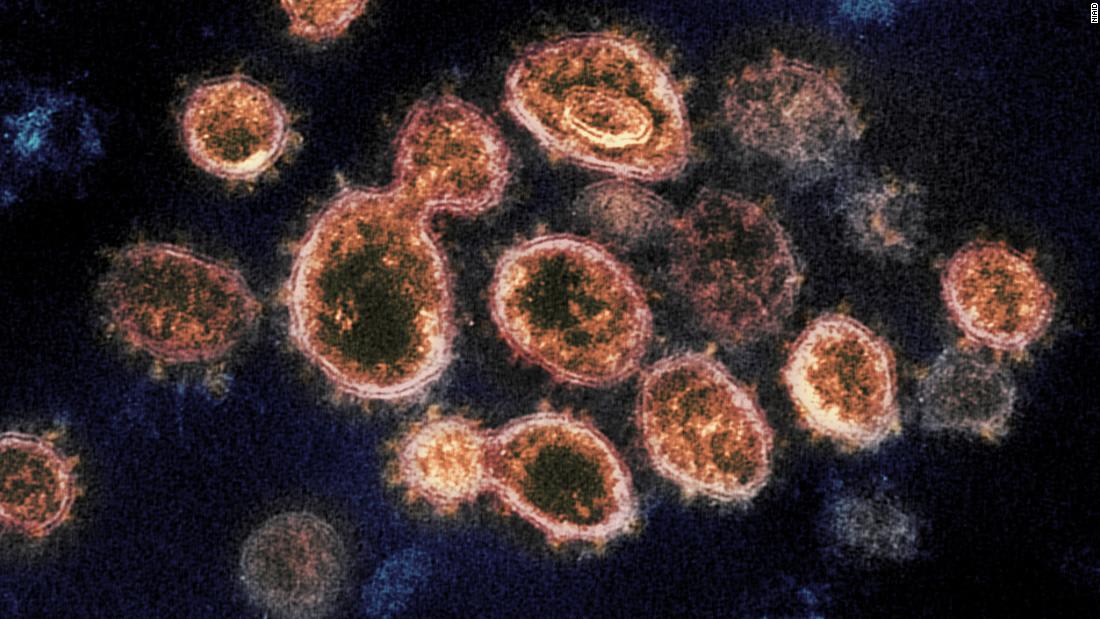 A variant suspected of helping fuel a surge of coronavirus in Brazil's Amazon region shows up in Minnesota. Another that's been worrying officials in South Africa pops up in two places in South Carolina.

Scientists are not surprised to see the coronavirus changing and evolving -- it's what viruses do, after all. And with so much unchecked spread across the United States and other parts of the world, the virus is getting plenty of opportunity to do just that.

Four of the new variants are especially worrisome.

"The variants that have been identified recently seem to spread more easily. They're more transmissible, which can lead to increased number of cases, and increased stress on our already overtaxed system," Dr. Rochelle Walensky, the newly appointed director of the Centers for Disease Control and Prevention, said in a briefing Wednesday.

What scientists most fear is that one will mutate to the point that it causes more severe disease, bypasses the ability of tests to detect it or evades the protection provided by vaccination. While some of the new variants appear to have changes that look like they could affect immune response, it's only by a matter of degree.

Governments are already reacting. Colombia banned flights from Brazil, and Brazil banned flights from South Africa. It's almost certainly too late to stop the spread, and there's some indication the mutations in these variants are arising independently and in multiple places.

Read more on what's known about the top four variants:

New coronavirus variants keep popping up. Here's what we know about them

Mexico's coronavirus death toll surpassed India's on Thursday, making it the country with the third highest number of Covid-19 fatalities, according to Johns Hopkins University.

India has a population of 1.35 billion, more than 10 times that of Mexico.

This comes as Mexico has been battling a worsening outbreak of Covid-19. On Sunday, the country's President Andres Manuel Lopez Obrador tested positive for the virus. Mexico’s richest man, Carlos Slim Helú, has also tested positive and is now recovering, his son announced on social media Tuesday.

The two countries with the most Covid-19 deaths are the United States and Brazil, according to JHU data.

The US reported 164,665 new Covid-19 cases and 3,872 virus-related deaths on Thursday, according to a tally by Johns Hopkins University.

Vaccine distribution: At least 48,386,275  vaccine doses have been distributed and at least 26,193,682 shots administered, according to the Centers for Disease Control and Prevention.

CNN is tracking US cases here.

South Korean health authorities have completed the testing of all 40 branches of unauthorized religious schools linked to the latest coronavirus cluster in the country, Health Ministry official Yoon Tae-ho said in a briefing.

Authorities started investigating various branches of the educational institution run by the International Education Mission (IEM) School earlier in the week, when nearly 300 new Covid-19 infections were reported last Tuesday from one of the schools in Daejeon city.

After testing all members of the school, a total of 344 cases were detected in the 40 facilities, Yoon said on Friday. Yoon added that the contact tracing of the patients is ongoing and authorities will test other churches linked to the religious group.

Yoon said further nationwide plans in social distancing measures will be announced on Sunday. The current restrictions expire on Sunday.

A team of World Health Organization (WHO) investigators examining the origins of the coronavirus pandemic began meeting with Chinese scientists on Friday.

“First face to face meeting with our colleagues. Correction: facemask to facemask given the medical restrictions. Discussing our visiting program,” Marion Koopmans, head of the Erasmus University Medical Center department of viroscience in the Netherlands, tweeted on Friday.
“China teamleader prof Wannian joking about some technical glitches. Nice to see our colleagues after lengthy zoom meetings,” she said.

The team plans to visit hospitals, laboratories and markets, WHO said earlier in a tweet.

The investigators left their hotel in Wuhan on Thursday afternoon, after completing a two-week quarantine.

New coronavirus variants are likely to worsen the spread of the virus across the United States and add to the death toll, the Institute for Health Metrics and Evaluation (IHME) at the University of Washington forecast Thursday.

Rapid variant spread would take that number up to 620,000 by May 1, IHME said. And in a worst-case scenario, nearly 654,000 Americans could be dead by May 1, IHME says. That’s 85,000 more than IHME forecast as its most likely May 1 scenario just last Sunday.

“We have not been seeing governments taking action to apply cautionary measures as quickly as expected, and have incorporated that information into the modeling,” said Murray. “Without measures to control the spread of the disease, mobility remains higher and transmission is more likely.”

What can be done: Deaths would stay lower if Americans simply wore masks and stayed home more. If most people followed social distancing and masking guidelines, 30,000 fewer people would die by May 1, the IHME said.

Herd immunity is unlikely to be a factor in slowing transmission in the coming months, the IHME said. Too many people are hesitant about being vaccinated, IME said. “IHME’s forecasts predict only 38% of people in the US will be immune by May 1,” it said.

Dr. Anthony Fauci, the nation's leading infectious disease expert, cautioned Thursday that President Joe Biden's push to reopen most schools within 100 days "may not happen" as the US continues to grapple with high Covid-19 transmission.

"The President is taking very seriously the issue ... both from the student standpoint and from the teacher standpoint," Fauci said during a virtual event sponsored by the National Education Association.
"He really wants to and believes that the schools need to reopen in the next 100 days, essentially all the K to 8 schools, within 100 days. That's the goal. That may not happen because there may be mitigating circumstances, but what he really wants to do is everything within his power to help get to that."

Biden is pushing Congress to approve another $170 billion for K-12 schools, colleges and universities to help them operate safely in person or facilitate remote learning. Congress approved $82 billion in aid for schools in December, which Biden has said he views as a "down payment."

The new funding would be part of a broad $1.9 trillion relief package that would also include expanding unemployment benefits and direct stimulus checks. 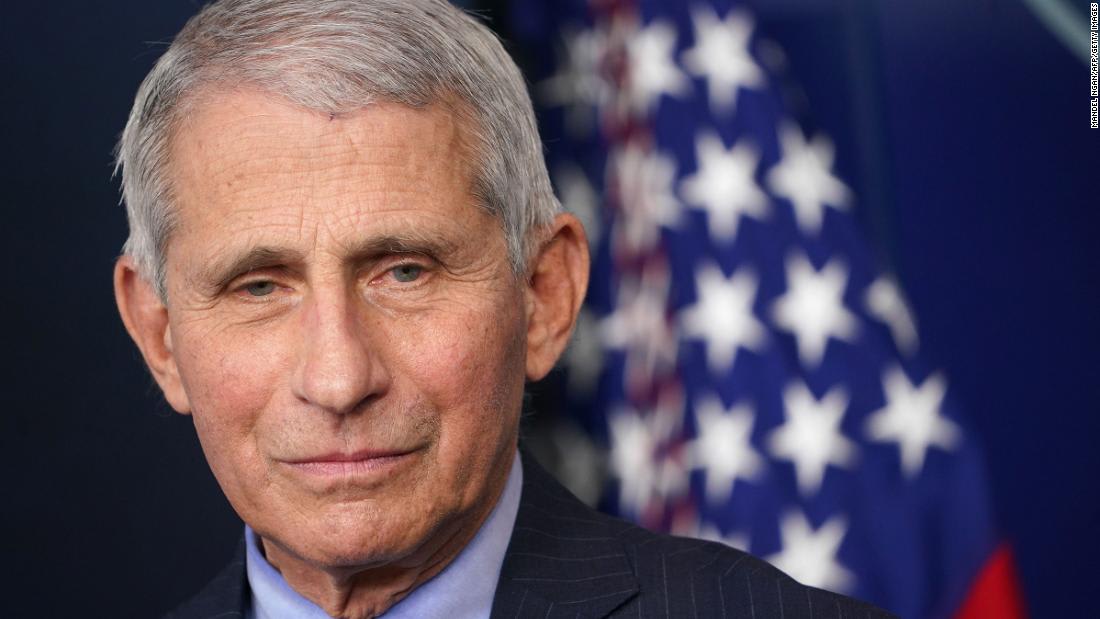