Scroll through our posts below to catch up on what was discussed.

Dr. Priscilla Chan told CNN's town hall that the Chan Zuckerberg Initiative revamped one of its labs in March to serve as a certified coronavirus testing facility.

"Within eight days we got up to a capacity of 1,000 tests a day. So that was really awesome to be able to serve our community that way," she said. "As of today, we've now made testing free to all departments of public health in California."

Chan and her husband, Facebook founder Mark Zuckerberg, founded CZI in 2015 to "find new ways to leverage technology, community-driven solutions, and collaboration to accelerate progress in science, education and within our justice and opportunity work."

One of Facebook's most important functions during the pandemic is to connect users with "authoritative health information and experts," the social media giant's founder Mark Zuckerberg told CNN's coronavirus town hall.

Zuckerberg said that Facebook's Covid-19 information center has been directed to more than 2 billion people, 350 million of whom have clicked through.

Here's what he said with regards to the spread of disinformation -- something Facebook has been criticized for failing to sufficiently combat in the past.

"There are two basic policies we have. One is if information -- if someone's spreading something that puts people at imminent risk of physical harm, then we take that down. We don't allow that on Facebook at all. For example, some people are trying to spread these complete hoaxes like, you know, if you want to cure coronavirus drink bleach. Obviously that's a disaster. That's false and that's dangerous. So if someone tries to share that, we'll take that down. And there have been a lot of pieces of content like that we've taken down.
"There are also other misinformation that may not lead to imminent risk of physical harm but still isn't the type of stuff we want to be spreading through our system. And there, we work with independent fact-checkers, and so far during this crisis those fact-checkers have marked 4,000 pieces of content, individual articles false, which has led to us showing warning labels more than 40 million times across our product when people come across something that's false. And the warning labels work. We know that because 95% of the time when someone sees a piece of information that has a fact check on it they don't go through and consume that information.

Facebook founder Mark Zuckerberg and his wife, Dr. Priscilla Chan, joined CNN's global town hall to discuss what their foundation, the Chan Zuckerberg Initiative, and the social media giant are doing to respond to the coronavirus pandemic.

Zuckerberg said Facebook employees will return to work in a staggered fashion and shouldn't expect to be back in their offices until at least the end of May. He also said the company will hold off on hosting "any internal or external physical events that have 50 people or more in them" through June of next year.

"As part of the staggered reopening of society it's not just going to be some locations open before others. It's going to need to be that, you know, some functions and some jobs can get done, and others we just wait longer to bring back online. And I think large events are probably going to be the last thing, or at least one of the last things that come back online," he said.

She said it was important that people don't minimize their own grief and sense of loss.

"Right now there is a wave of grief that so many of us are experiencing," Moutier said.

"There are different types of losses. And I think it helps all of us when we know how to set our course a little bit, like how to set expectations. And it's also really important not to minimize your loss because it doesn't seem as huge as somebody else's. Loss is loss. Grief is real and a very painful experience, and it's really important to acknowledge that, to understand that it's not a linear experience -- and that's OK. It will come in waves of intensity, it will kind of circle back around at times. There are triggers from memories. And all of that is a normal part of the grieving process. And in fact grief is a universal human experience."

Moutier also advised people who think they have friends, family or colleagues experiencing a loss and don't know how to support them to reach out to them "with expressions of love and caring and support."

"We can do that remotely, and don't assume that just because you're not going through the same thing that you can't do that. We all have a role to play with supporting each other right now," she said.

The federal Bureau of Prisons has notified Michael Cohen, President Donald Trump’s former personal attorney, that he will be released early from prison due to the coronavirus pandemic, according to people familiar with the matter and his lawyer.

Cohen is serving a three-year sentence at the federal prison camp in Otisville, New York, where 14 inmates and seven staff members at the complex have tested positive for the virus.

Cohen was scheduled for release in November 2021, but he will be allowed to serve the remainder of his sentence from home confinement, the people said. He will have to undergo a 14-day quarantine at the prison camp before he is released.

Some background on Cohen: He pleaded guilty in 2018 to tax fraud, campaign finance violations and lying to Congress. He admitted to helping facilitate hush money payments to two women who alleged past affairs with Trump. When pleading guilty, Cohen implicated Trump, telling a federal judge that he made the payments “in coordination with and at the direction of” Trump, who prosecutors identified in court filings as “Individual 1.”

A vocal Trump surrogate: Cohen had been a vocal surrogate for Trump during his 2016 presidential campaign, often sparring with reporters and appearing on television to support his long-time client. 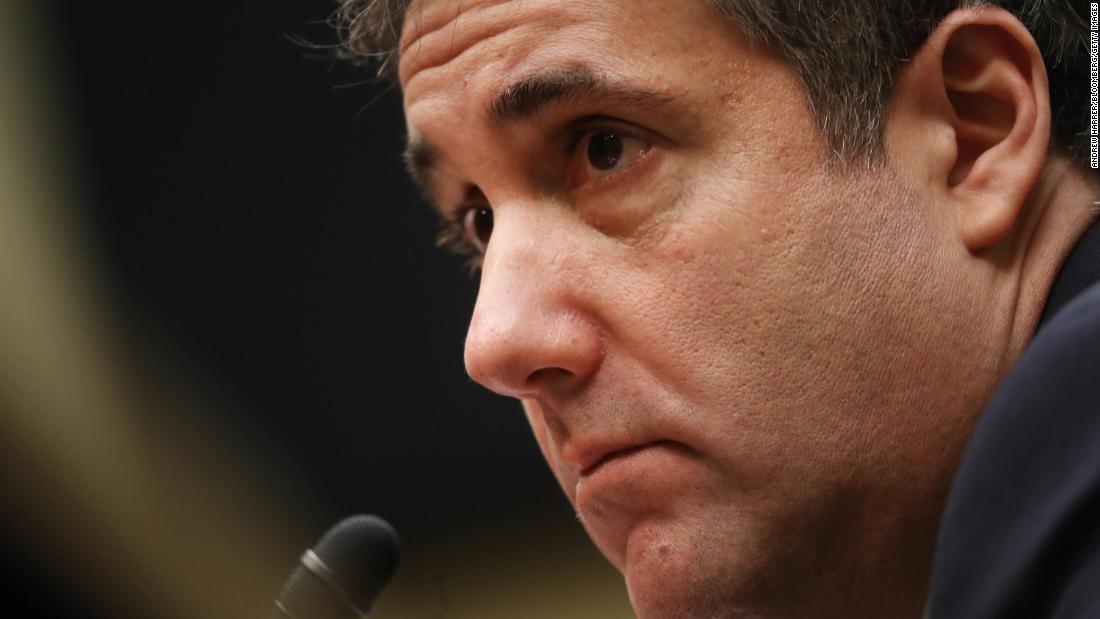 Michael Cohen will be released from prison due to pandemic

At least 667,801 cases of coronavirus have been recorded in the United States, including 32,917 deaths, according to Johns Hopkins University's tally of cases.

Wisconsin-based entrepreneur and game developer Scott Owens asked former Vice President Joe Biden if elected president, would he consider responding to the coronavirus with "New Deal-type" proposals that could reshape the United States -- like universal health care or guaranteeing a basic income for all Americans.

Here's how Biden responded with respect to health care:

Here's what he said about the economy:

"We have to look at it totally differently than we have before, and I think the way to get through this is we have to deal with stimulating the economy, but then we have to deal with recovery. And the way you deal with recovery is you think much bigger than we have before.
"It's like the New Deal -- think of every great change that's taken place, that's come out of a crisis. We worried about the elderly, we ended up with social security. We worried about labor, we ended up with more labor unions. We worried about a whole range of things, and what we did was we expanded opportunity. And I think we have an opportunity now to significantly change the mindset of the American people, things they weren't ready to do, you know, even two, three years ago."