The United States reported 104,600 Covid-19 hospitalizations on Tuesday, setting a new record high since the pandemic began, according to the Covid Tracking Project.

According to CTP data, these are the highest hospitalization numbers:

Dr. Anthony Fauci wants people who still believe Covid-19 is a hoax to know it's real and that the US needs everyone to get behind public health measures.

Fauci, the longtime director of the National Institute of Allergy and Infectious Diseases, and other health experts have said the next few months will be a challenging time, but Americans can help turn the tide by wearing masks, keeping a distance from others and washing their hands frequently.

However, "trouble is, you go to different parts of the country, and even when the outbreak is clear and hospitals are on the verge of being overrun, there are a substantial proportion of the people who still think that this is not real, that it's fake news or that it's a hoax," Fauci said.

Fauci has advised six presidents. He said he's never seen anything like this.

"We've got to overcome that and pull together as a nation uniformly with adhering to these public health measures," he said at the Wall Street Journal CEO Council summit on Tuesday.

That people aren't doing this is "really extraordinarily frustrating, because we feel strongly that we will be able to have a significant impact," he said.

The US surpassed 15 million total reported Covid-19 cases on Tuesday, meaning one in 22 Americans has tested positive for the virus. Experts feel the actual number of infections is much higher. 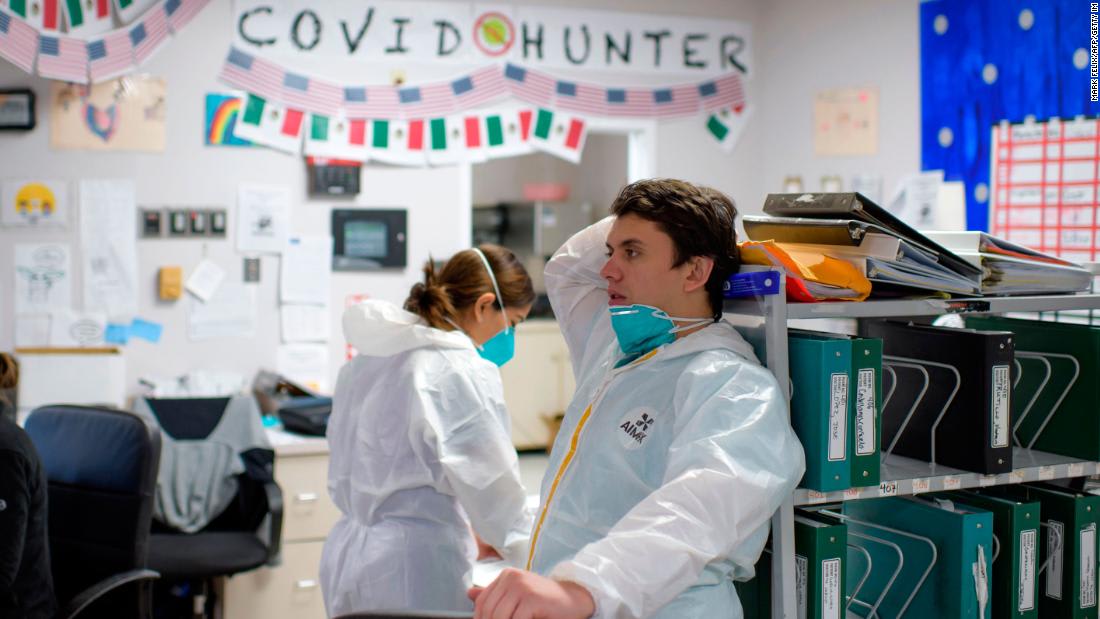 The US sees its deadliest Covid-19 week since April, with more than 15,600 deaths

The United Kingdom has begun administering the first doses of the Pfizer/BioNTech vaccine outside clinical trials, launching a sprawling public health campaign to vaccinate tens of millions of people in just a matter of months. It marks a significant turning point in the fight against Covid-19, months into a pandemic that has left more than 1.5 million dead.

Margaret "Maggie" Keenan, who turns 91 next week, became the first person in the world to receive an authorized, fully-vetted coronavirus vaccine.

"It's the best early birthday present I could wish for," Keenan said after receiving the jab in Coventry, England, dressed in a festive "Merry Christmas" T-shirt. "It means I can finally look forward to spending time with my family and friends in the New Year after being on my own for most of the year."

The second patient to receive a shot was an 81-year-old man named William Shakespeare (yes, you read that right).

Keenan and Shakespeare were among a handful of people across Britain — those aged over 80, nursing home staff and health care workers — who were administered doses of the Pfizer/BioNTech vaccine on Tuesday morning, a week after the UK leapfrogged the rest of Europe and the United States to become the first Western nation to approve it.

The process, which is complicated by the need to store the Pfizer/BioNTech vaccine in ultracold conditions, will be closely watched from around the globe. The speed with which UK regulators approved the vaccine raised questions in some quarters. But Saffron Cordery, deputy chief executive of NHS Providers, said the process had been "incredibly robust."

Other nations are not far behind the UK. The US regulator, the Food and Drug Administration (FDA), has scheduled a meeting of its vaccine advisory committee on Thursday to discuss Pfizer/BioNTech's emergency authorization application. It will meet again on December 17 to consider the application for Moderna's vaccine candidate.