"Tiberius is the system of record for all allocations of Covid-19 vaccines," said Deacon Maddox, OWS Chief of Plans, Operations and Analysis, on a call Monday with reporters.

Maddox said the system pulls material from multiple federal databases into one place, down to zip-code-specific hospitalization data and vaccine inventory.

The system can help compute each jurisdiction's vaccine allowance based on population and the number of doses available, Maddox said. States can then place orders with OWS weekly for any amount of doses, up to their maximum allocation.

The system can also populate a microplanning application for each state or jurisdiction. Tiberius contains information about hospitals, pharmacies, long-term care facilities, ultra-cold storage locations, and Covid-19 case rates and death rates broken down by zip code or county, to help states decide how much vaccine they need.

All pertinent information in the federal data inventory has been made available to states in the microplanning portion of the system -- including the Census Bureau, the HHS Protect data hub, and the CDC's VTrckS database, Maddox said.

"We make it available to them, so that they can see it all in one place, and make their plans accordingly," he said.
The system also provides "what we call in the army 'decision support,'" Maddox said. This includes details on vaccine inventory levels.

Once states place an order, the platform can track where vaccine shipments are physically located. "We already have agreements in place with FedEx, UPS, McKesson to bring this data into the platform," he said. "Jurisdictions -- all 64 plus entities -- have at least one account to receive and view their allocations," he said.

It’s unclear whether Americans who have had coronavirus and have antibodies to the virus should get a Covid-19 vaccine when one becomes available, Health and Human Services Secretary Alex Azar said Monday.

Azar clarified that he was not saying people who have had the virus and recovered either should or should not get vaccinated.

“I have actually explicitly asked the FDA for advice on this question because it has come up,” he said.

In fact, it came up at an Operation Warp Speed meeting Monday, according to US Surgeon Gen. Dr. Jerome Adams.

“Right now we don't know how long people's antibodies are going to last,” Adams said in an interview with Fox News Monday. “And we know that in the studies they vaccinated people who did have antibodies, and so it's not going to harm you, based on what we know about the vaccines, if you've had the virus and you get vaccinated again.”

Adams encouraged people who have recovered to donate plasma. “Convalescent plasma is a treatment out there that has potential to really help individuals recover if they've gotten Covid, particularly in this surge," he added.

The government is allocating 1.3 trillion won ($1.2 billion) for vaccines from COVAX, AstraZeneca, Pfizer, Moderna and Janssen.

The vaccines are expected to be brought in from March, Park added, and will be prioritized for those considered high risk -- the elderly, medical workers, those with chronic illness and essential workers.

New cases: South Korea recorded 594 new Covid-19 cases Monday, 566 of which were locally transmitted, according to a news release by the Korea Disease Control and Prevention Agency (KDCA) Tuesday.

South Korea has now reported a total of 38,755 cases, including 552 deaths, according to KDCA.

Florida police raided the home of a former state coronavirus data scientist on Monday, escalating a feud between the state government and a data expert who has accused officials of trying to cover up the extent of the pandemic.

The Florida Department of Law Enforcement executed a search warrant Monday morning at the home of data scientist Rebekah Jones, who was fired by the state Department of Health in May. The agency is investigating whether Jones accessed a state government messaging system without authorization to urge employees to speak out about coronavirus deaths, according to an affidavit by an agent working on the case.

Jones told CNN that she hadn't improperly accessed any state messaging system and that she lost access to her government computer accounts after she was removed from her position.

About 10 officers with guns drawn showed up to her Tallahassee home around 8:30 a.m., Jones said. A video taken from a camera in her house, which she posted on social media, showed an officer pointing a gun up a stairwell as Jones told him her two children were upstairs. Jones said that the officer was pointing his gun at her 2-year-old daughter, 11-year-old son and her husband, who she said were in the stairwell, although the video doesn't make that clear.

Officers also "pointed a gun six inches from my face" and took all of her computers, her phone and several hard drives and thumb drives, Jones said.

Gretl Plessinger, a spokesperson for the law enforcement department, said that agents knocked on Jones' door and called her "in an attempt to minimize disruption to the family." Jones refused to come to the door for 20 minutes and hung up on the agents, and Jones' family was upstairs when agents did enter the house, Plessinger said. She didn't respond to questions about why the officers drew guns. 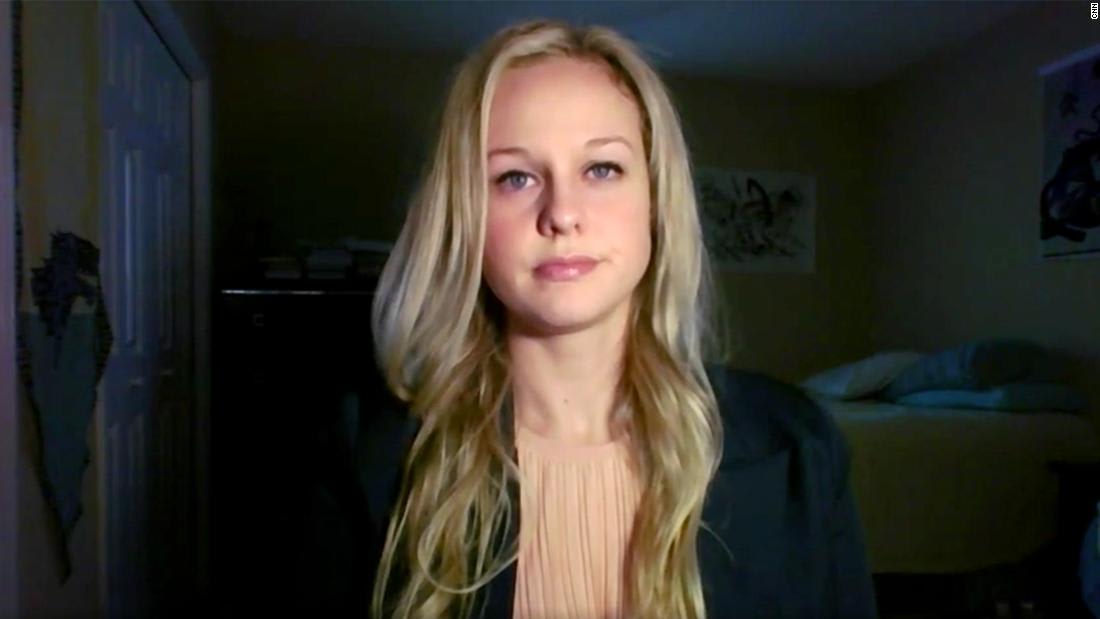 Chengdu, the capital of southwestern China's Sichuan province, is on high alert after the city reported its first locally transmitted cases of Covid-19 in nine months, according to local authorities.

A large-scale screening program was launched after one person tested positive, with nucleic acid samples collected from 24,598 people.

Of those, four came back positive and were either close contacts of the first patient or living in the same village in the Pidu district of the city. The results of 541 more tests are still pending.

West Virginia’s Attorney General Patrick Morrisey tweeted on Monday evening that he was diagnosed with Covid-19 and pneumonia last week.

The Attorney General, a Republican, said he is currently quarantining at home, where he is receiving breathing and medical treatments.

“I am feeling better today, and as such I am busy working from home,” Morrisey said.
“Make no mistake about it, this can be a nasty virus, especially for those who are elderly or may be immunocompromised.”
“Keep the faith, WV. As your AG, I’m excited to continue fighting to protect our jobs, to keep our people safe & to uphold our constitutional rights. Hope be back (sic) in the very near future,” he added.

Michigan Gov. Gretchen Whitmer on Monday said it was "incredibly reckless" for Rudy Giuliani to attend a state legislative hearing last week without a mask.

"This was (an) incredibly reckless thing to do, and now our legislature is canceling days that they should be meeting in these final days of 2020 when I'm trying to get some stimulus dollars to the unemployed and to businesses that are suffering," Whitmer, a Democrat, told CNN's Erin Burnett.

"We've been telling the people of Michigan, the people of America, this virus is still very present. If you're inside with people from outside your household, you've got to be masked up, and you've got to limit the amount of time that you are, and you certainly should not be unmasked at all," Whitmer said.

The governor called the hearing "unnecessary," adding it was a "potentially spreading event that we may not see the ramifications from for another week or two."

A young woman sits by a hospital bed as she gently strokes the hair of a withered figure. At first glimpse, it looks like it could be a child, but the gray hair finally gives a man away.

Lying, face down, is her 69-year-old father. His thin, frail, shivering body is nearly disappearing beneath a thick set of blankets. "He's very cold," she says, without stopping stroking his hair, barely turning to face us. "They gave a treatment and he said it was very cold," she added, referencing the IV drip he had just been given.

Her father suffers from malnourishment, a plight that has become common among Venezuelans. He needs iron supplements, but Vargas Hospital in Caracas, where he is being treated, simply doesn't have any. His daughter will have to get hold of the medicine herself or doctors say his hemoglobulin levels will remain low.

It's the dangerous overlap of the malady the impoverished Venezuelan state has imposed on its citizens, with a global health emergency that has largely ground the world to a halt.

Years of government mismanagement have left Venezuelan healthcare grossly unprepared and under-resourced to handle the Covid-19 pandemic. Over the past decade the country has squandered most of its oil wealth, plunging into a deep economic crisis and humanitarian crisis. Venezuela boasts the largest proven crude oil reserves on the planet, but a sharp drop in oil prices in 2016 sparked an economic implosion, leading to hyperinflation as well as shortages of basic goods, such as food and medicine. 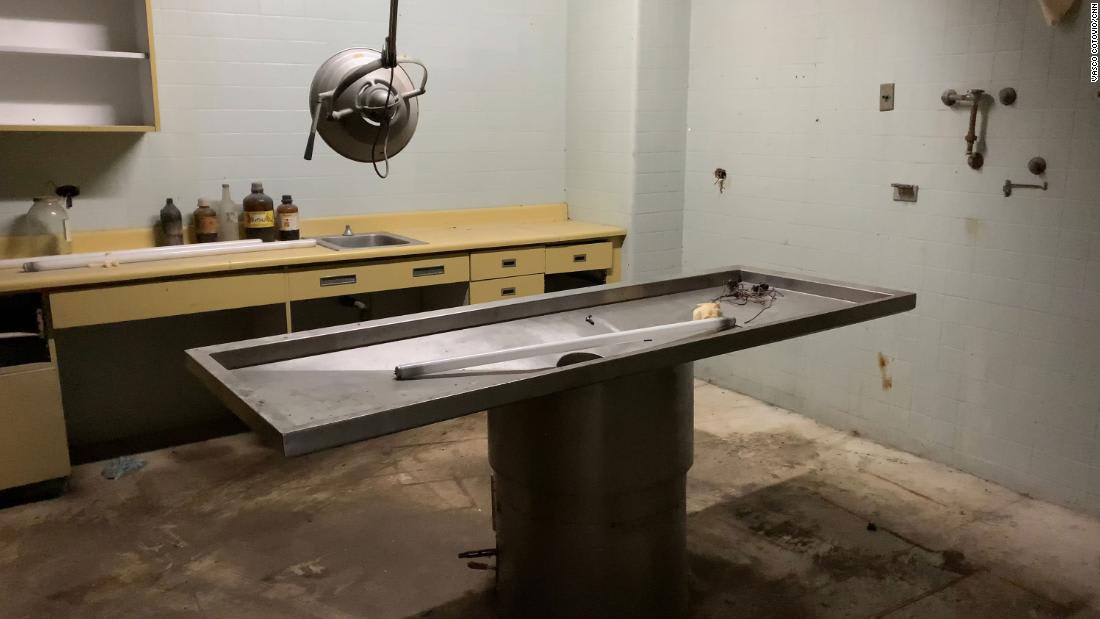 Venezuela's hospitals are crumbling. Many Covid-19 patients prefer their chances at home

The federal government said Monday it will start releasing new data about coronavirus hospitalizations on a hospital-by-hospital level.

“Previously released data about hospital capacity that had been released was aggregated at the state level,” the Health and Human Services Department said in a statement.

“This new, more granular, data release aggregates daily hospital reports into a ‘week at a time’ picture to protect patient privacy, while providing a view of how Covid-19 is impacting hospitals and local communities across the country,” HHS added.

“With this data release, how hospitals are impacted by Covid-19 will be shown on a per-hospital basis, allowing researchers, policy makers, and others to have greater insights into local Covid-19 response efforts. This time series data will update weekly, going back to August 1, 2020.”

The new information, available at healthdata.gov, will include details on the race or ethnicity of patients; how severe their illness is; hospital capacity; geographical patterns and other data.

“Entrepreneurs and researchers can use these datasets to build novel data analysis tools and approaches. Data scientists are encouraged to detect, predict, and visualize insights and patterns in this high-resolution data. Such Covid-19 insights can identify what works, what is failing to work, and how we might scale best practices in one locality for other regions to collectively optimize the U.S. data-driven response,” HHS said.