As the US nears an average of 200,000 Covid-19 cases a day, experts say "behavior and cold weather" are behind the current surge gripping American communities.

Health experts have long warned that the holiday season would bring a spike in coronavirus cases as people increasingly gather indoors. As of Sunday, the US averaged 196,233 new cases over the last week, another record high, according to a CNN analysis of Johns Hopkins data.

More than 14.7 million confirmed cases have been reported in the US since the pandemic began, and more than 282,310 people have died.

And with the recent spike in cases, record hospitalizations have followed. On Sunday, 101,487 patients were in the hospital with the virus, the fifth consecutive day the US surpassed 100,000 hospitalizations.

Holiday season warning: Only a week after millions traveled for the Thanksgiving holiday, the US has still not seen the full effects of a potential surge of infections fueled by the gatherings. And Azar told ABC's George Stephanopoulos the holiday season might have more devastation in store.

"We're worried about people and the behaviors coming up with Christmas," he said. "We want to make sure everyone's loved ones are there next Christmas, especially when we have so much hope of vaccines." 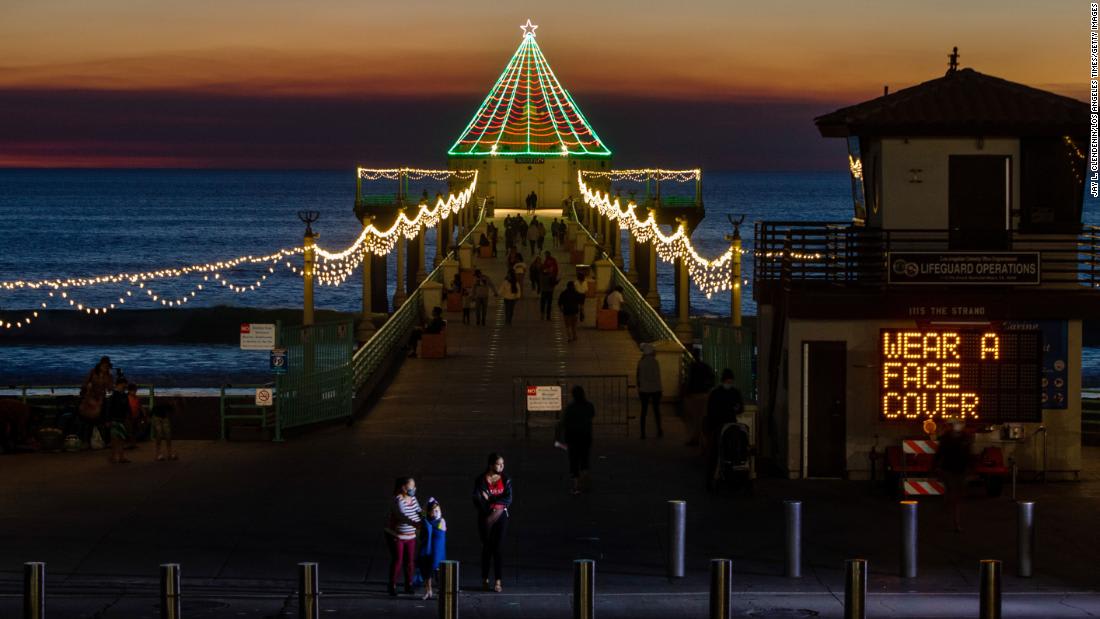 As US average of daily cases nears 200,000, experts say 'behavior and cold weather' are behind Covid-19 surge

Blessing and Sheryl Jossy wanted to hold a wedding extravaganza across three cities.

The college sweethearts, who live in the northern Indian state of Haryana, were planning to kick off with a multi-day wedding, before flying to the country's south to hold two more parties with Blessing's side of the family. All in all, they were expecting around 1,000 guests.

"Our wedding was initially like a rock band going on tour," Blessing said in a phone interview.

Weddings are important the world over, but in India they're a cultural phenomenon. Couples often host lavish, days-long events for hundreds of guests, featuring elaborate venues, intricate garments, ornate decorations and plenty of gold, which is considered lucky. Bigger-budget productions can see ceremonies held in rented palaces, with grooms arriving on horseback and stages set up for dance performances.

They're a chance for families to establish status and, effectively, to show off -- so much so that India's wedding industry, reportedly worth around $50 billion a year, is now among the world's largest. Weddings are particularly popular during this time of the year, as the winter months are considered auspicious in the Hindu calendar.

But as Covid-19 sweeps India, which has recorded more than 9.6 million infections, couples like the Jossys have been forced to make tough decisions about whether to go ahead with compromised versions of their weddings or cancel entirely.

When the pair finally married in November -- seven months later than originally planned, having already postponed it once -- they did so at an intimate ceremony with only 80 guests. It was a far cry from the "tour" they had once hoped for. 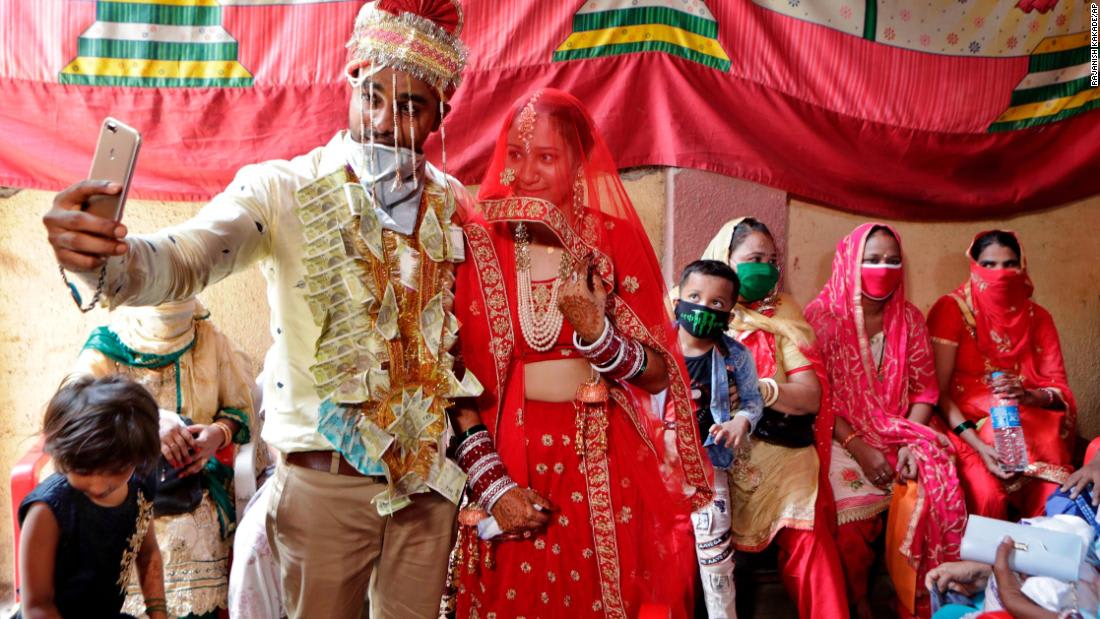 Japan's government is set to dispatch nurses from the country's Self-Defense Forces to respond to a request for medical staff to deal with a rise in critically ill Covid-19 patients, according to Chief Cabinet Secretary Katsunobu Kato.

The additional medical staff are needed in Osaka and Hokkaido prefectures.

Japan's Health Ministry announced 2,016 new coronavirus infections and 20 deaths on Sunday. In total, Japan has reported more than 162,000 cases, including more than 2,200 deaths.

South Korea's military and police will help with contact tracing efforts as cases surge in the country, the presidential Blue House announced Monday.

President Moon Jae-in ordered the move after 580 local cases were diagnosed on Sunday, according to the Korean Center For Disease Control. Four additional deaths were also reported.

Covid-19 testing centers will have their hours extended into the night and on weekends to encourage testing in the greater Seoul area.

Moon urged anyone who is concerned they may have the virus to get tested immediately, regardless of their symptoms.

In total, South Korea has reported more than 38,000 coronavirus cases, including 549 deaths.

The Navajo Nation will implement a stay-at-home lockdown starting Monday, according to a statement released Sunday from the Navajo Health Command Operations Center.

This latest public health emergency order will be in effect for the next three weeks.

The Navajo Nation is a Native American indigenous tribal area that spans parts of Arizona, New Mexico and Utah.

The Navajo Nation has a population of 173,667, according to Census data.

What the new provisions mean: The lockdown will require all residents to "remain at home 24-hours, seven days a week, with the exceptions of essential workers," the statement said.

Navajo Area Indian Health Services (IHS) reported that "nearly all ICU’s beds are at full capacity and other bed space is also filling up quickly due to the rapid rise in Covid-19 cases."
IHS said the health system is at a point where health care providers will have to make "very difficult decisions" due to limited resources. IHS also said this second coronavirus wave "is much more dire and much more severe than the first wave we had in April and May."

The Navajo Nation was also hit hard earlier in the pandemic. In May, the Navajo Nation surpassed New York and New Jersey for the highest per-capita coronavirus infection rate in the US -- a sign of Covid-19's disproportionate impact on minority communities.

Rudy Giuliani tested negative twice “immediately preceding his trip to Arizona, Michigan, and Georgia” and did not experience any symptoms or test positive for Covid-19 until more than 48 hours after his return, the Trump campaign said in a statement Sunday night.

"No legislators in any state or members of the press are on the contact tracing list, under current CDC Guidelines, found here," the statement said. "Other team members who are defined as having had close contact will be following their physicians’ directives and CDC guidelines on self-isolation and testing."

Crisscrossing the country: Giuliani was in Arizona Monday, meeting with some GOP members of the state's legislature to discuss unsubstantiated allegations that the election was fraudulent.

He traveled to Michigan on Wednesday for a state House committee hearing that lasted four and a half hours, during which he was maskless as he pushed misleading claims that the election was stolen from Trump.

He was at the Georgia Capitol in Atlanta on Thursday to attend a Georgia state Senate hearing on the November election. During a break in the hearing, Giuliani removed the mask he was wearing to greet and take pictures with supporters.

"Feeling good": Giuliani was admitted to Georgetown University Hospital on Sunday, a source familiar confirmed to CNN Sunday. Giuliani tweeted Sunday night that he was “getting great care and feeling good,” in his first public comments since President Donald Trump announced on Twitter earlier Sunday that his personal attorney had tested positive for Covid-19.

Rudy Giuliani tweeted Sunday night that he was “getting great care and feeling good,” in his first public comments since President Donald Trump announced on Twitter earlier Sunday that his personal attorney had tested positive for Covid-19.

Some 1.2 million doses of a Chinese Covid-19 vaccine have arrived in Jakarta, according to the Indonesian government.

The vaccines were received from China's Sinovac Biotech late on Sunday. Indonesia has been testing Sinovac's vaccine since August.

The doses were transported via a charter plane from Garuda Indonesia Airways, packaged inside special storage containers to maintain the quality of the vaccine. They arrived at Soekarno-Hatta International Airport in Jakarta before being transferred to a pharmaceutical facility in Bandung, West Java.

In an online briefing, Indonesian President Joko Widodo said Indonesia was also working to get access to 1.8 million doses of the vaccine by early January 2021.

Case numbers: Indonesia, the world's fourth most populous nation, has reported the highest coronavirus caseload in Southeast Asia. More than 575,000 Covid-19 infections, including 17,740 deaths, have been confirmed in the country, according to Johns Hopkins University. 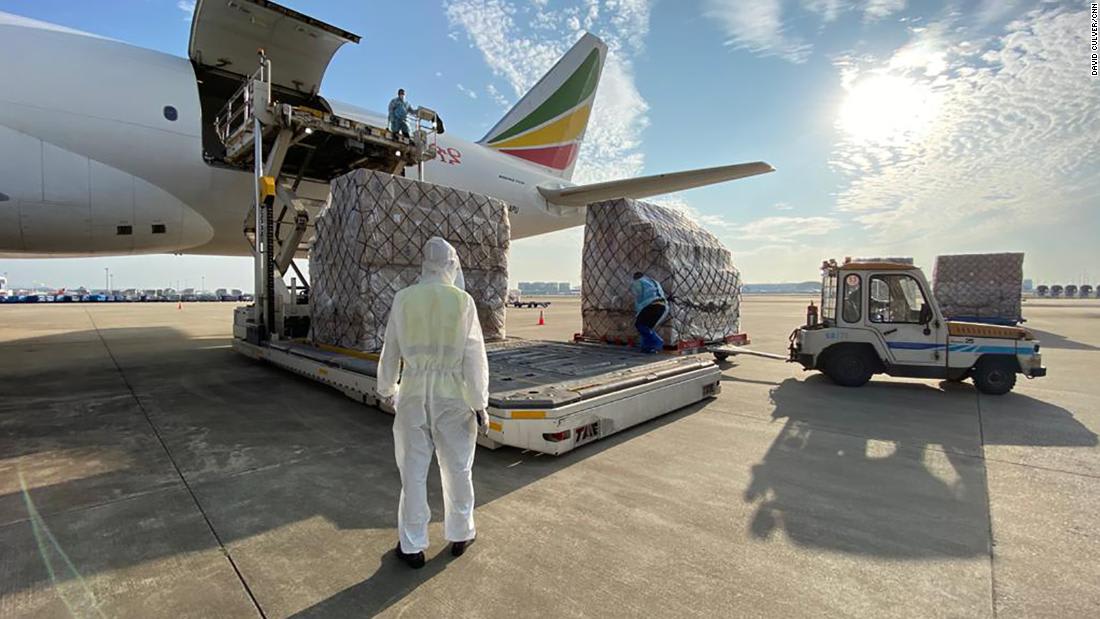 China has promised millions of coronavirus vaccines to countries around the world. And it is ready to deliver them