British Prime Minister Boris Johnson is self-isolating after coming into contact with someone who tested positive for Covid-19, a Downing Street spokesperson said Sunday.

"The prime minister has today been notified by NHS Test and Trace that he is required to self-isolate as a contact of someone who has tested positive for Covid-19," the spokesperson said.

"The prime minister will follow the rules and is self-isolating," the spokesperson added. "He will carry on working from Downing Street, including on leading the government’s response to the coronavirus pandemic."

"The PM is well and does not have any symptoms of Covid-19," the spokesperson said.

Johnson met with a small group of MPs in No 10 on Thursday morning, including Lee Anderson, the MP for Ashfield, Downing Street said. Anderson subsequently developed Covid-19 symptoms and has now tested positive.

More than 10,000 new cases of Covid-19 were reported by the California Department of Public Health Sunday.

There were 10,968 newly confirmed cases recorded Sunday, according to a news release issued by the agency on Sunday.

There are now a total of 1,019,345 confirmed cases in California since the pandemic began, the release said.

There have been 18,253 Covid-19 deaths reported in the state since the pandemic began, the release said.

There are at least 10,962,835 cases of coronavirus in the US and at least 245,933 people have died from the virus, according to data from Johns Hopkins University.

As of Sunday afternoon, 58,945 new cases and 335 new deaths have been reported in the US since midnight. The total includes cases from all 50 states, the District of Columbia, and other US territories, as well as repatriated cases.

“These numbers are ALARMING and continue to rise. Take this seriously. Wear a mask. Social distance. Stay safe,” the governor tweeted.

The state also reported 18 deaths from the virus.

One thing to note: These numbers were released by the city’s health agency, and may not line up exactly in real time with CNN’s database drawn from Johns Hopkins University and the Covid Tracking Project.

Dallas County Health and Human Services (HHS) reported a record 1,543 new Covid-19 cases and a "potential for record high hospitalizations," according to a county case update from HHS.

"Not including the week we reported a very large backlog in cases from the state’s reporting system the numbers that we have seen and today’s total is the highest single day total that we have seen thus far," HHS said on Saturday.

The positivity rate in Dallas County for the week ending on Nov. 7 was 15.3%, HHS said.

According to the APS, a statement from the medical staff caring for Tebboune at a specialised German hospital said that Tebboune “had completed the prescribed treatment and is currently undergoing post-treatment medical exams.”

A statement from the 74-year-old president’s office on Nov. 3 said that he was receiving treatment for Covid-19 in the German hospital and that he was “responding to the treatment and his health condition is gradually improving.”

Some context: A previous statement from the president’s office on Oct. 28 had announced that he had been transferred to Germany for medical examinations but had not specified whether the treatment was for Covid-19.

Germans should prepare for another four to five months of significant precautions and restrictions, and shouldn’t speculate about when measures can be relaxed, German Economy Minister Peter Altmaier told German newspaper Bild am Sonntag.

“If we don't want days with 50,000 new infections, like for example a few weeks ago in France, we have to persevere and not constantly speculate about which measures can be relaxed again. All countries that lifted their restrictions too soon have paid a heavy price in terms of human life. We will have to live with significant precautions and restrictions for at least the next four to five months,” Altmaier told the German Sunday newspaper.

Altmaier praised “the discipline of the people” during the country’s second lockdown, but warned that the number of infections is still “too high” and that the country is “not out of the woods yet. Despite all efforts, a change for the better has not yet been achieved.”

By the numbers: The country reported 16,947 new coronavirus cases and 107 deaths on Sunday according to the Robert Koch Institute. Weekend figures tend to be lower however as not all data is reported by local authorities. The total number of cases in the country was 790,503 on Sunday.

Germany is currently two weeks into a nationwide partial lockdown which requires restaurant and bars to remain closed, people to avoid travel, "keep their contacts to an absolute minimum” and limit public meetings to members of two different households. Schools and shops have remained open.

“The wave of infections must be broken permanently. We cannot afford a yo-yo shutdown with the economy opening and closing all the time,” Altmaier responded when asked about an extension to the current partial lockdown. 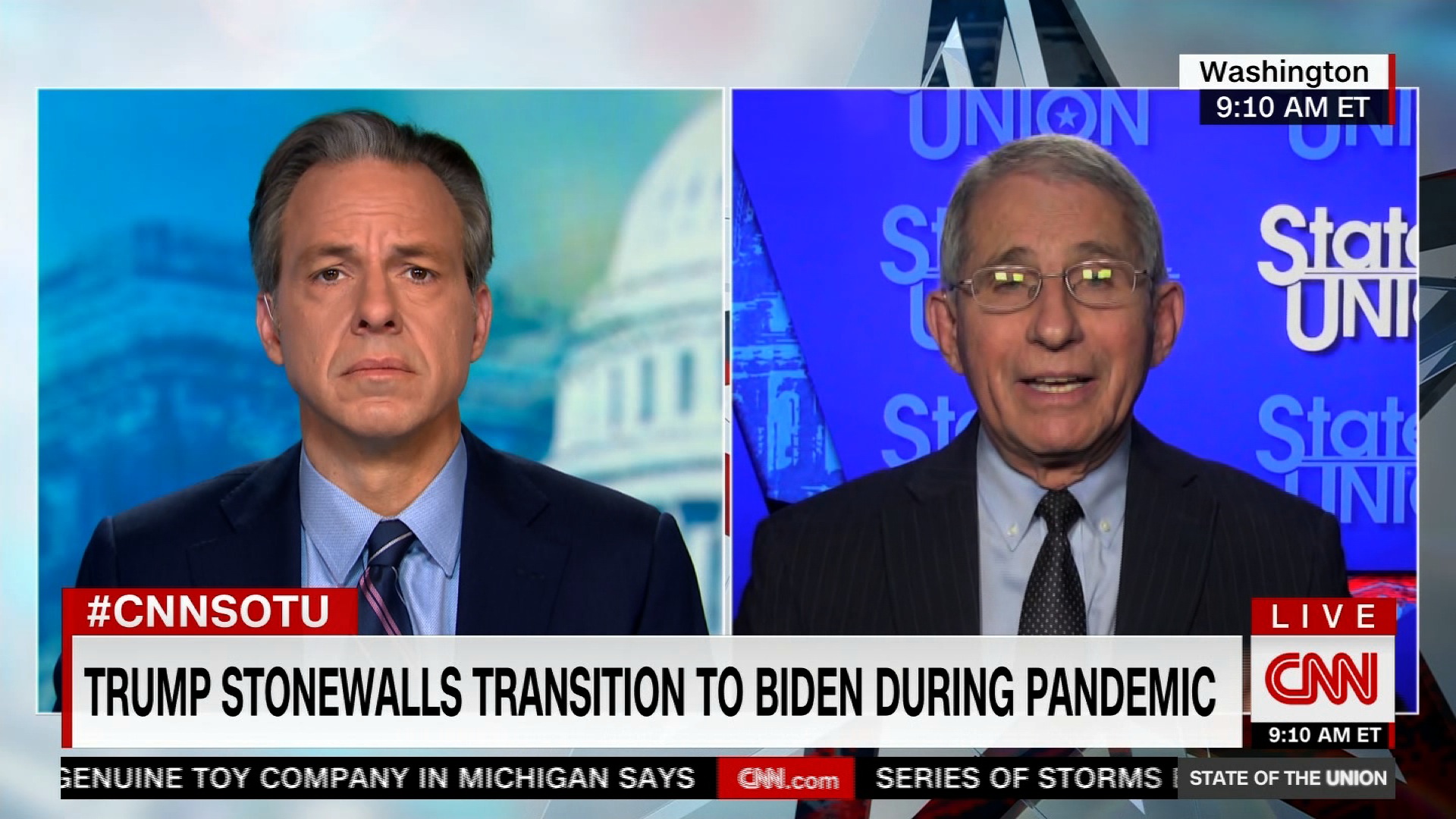 Dr. Anthony Fauci, the nation’s top infectious expert, told CNN he thinks the nation could start getting back to relative normality by April or July of 2021 saying he thought that would be possible to achieve by the second or third quarter next year.

When Americans can gather again depends on a number of factors, Fauci told CNN giving the example of vaccines.

Fauci pointed to the manufacturer Pfizer’s announcement that its early data shows its vaccine is more than 90% effective and a second company is expected to soon unveil its early results.

“That’s great, but we have to get people to take the vaccine,” he said. “So, if we get the overwhelming majority of people taking the vaccine, and you have on the one hand an effective vaccine, on the other hand, a high degree of uptake of the vaccine, we could start getting things back to relative normal as we get into the second and third quarter of the year, where people can start thinking about doing things that were too dangerous just months ago."

But all things have to be put together, he said, America “can’t just wish it happening.”

Vaccines have to come, they have to be deployed and fundamental public health measures can’t be abandoned, Fauci said.

The Czech Republic has reported a further decline in daily Covid-19 infections and deaths since record highs in early November.

The country recorded 4,199 new cases on Saturday, down by more than 3,500 from the previous Saturday, according to Johns Hopkins University. Some 132 new fatalities were reported, taking the country’s total coronavirus death toll to 6,058 as of Saturday, the latest day for which complete figures are available.

The Czech Republic has reported 458,229 coronavirus cases since the pandemic began.

Czech Education Minister Robert Plaga announced the partial­ reopening of schools on Wednesday, allowing first and second grade students to return to classrooms from Nov. 18. Older students will continue to study from home.

The country is currently in its second national coronavirus lockdown, requiring the closure of most schools, restricted movement, and the closure of many shops and services.