The World Health Organization (WHO) shared three key messages with member states ahead of its 73rd World Health Assembly next week: Covid-19 can be beaten, don’t backslide on other critical health goals and prepare for the next pandemic.

First, we can beat Covid-19 with science, solutions and solidarity,” said WHO in a news release on Thursday.

This year, the annual assembly will meet virtually -- resuming on November 9.

It can be beaten

The WHO said although this is a global crisis, “many countries and cities have successfully prevented or controlled transmission with a comprehensive, evidence-based approach.”

“For the first time, the world has rallied behind a plan to accelerate the development of the vaccines, diagnostics and therapeutics we need, and to ensure they are available to all countries on the basis of equity,” the organization said.

Maintain focus on other health goals

It added that there must not be backsliding on critical health goals.

“The Covid-19 pandemic is a sobering reminder that health is the foundation of social, economic and political stability,” it said, adding that this pandemic is a reminder of the importance of the organization’s overall efforts to increase health coverage and better protect populations from health emergencies.

The statement praised member states for implementing initiatives to expand immunizations and to tackle things like cervical cancer and eye care.

The WHO will discuss a 10-year-plan for addressing neglected tropical diseases as well as efforts to address other issues, including meningitis and maternal, infant and young child nutrition.

Prepare for next pandemic now

Thirdly, the release added that member states "must prepare for the next pandemic now.”

“We’ve seen this past year that countries with robust health emergency preparedness infrastructure have been able to act quickly to contain and control the spread of the SARS-CoV-2 virus,” it said.

In the upcoming session, the WHO will consider a draft resolution that strengthens member states preparedness for future health emergencies.

“This resolution calls on the global health community to ensure that all countries are better equipped to detect and respond to cases of Covid-19 and other dangerous infectious diseases,” WHO said.

Spring lockdowns helped stop hospitals from overflowing and drove down Covid-19 infection rates, saving countless lives in the process. Now, after states reopened and the summer surge erased much of the progress made during shutdowns, the US is in the throes of what doctors say will be the worst coronavirus surge yet.

But there's little appetite for more shutdowns. Instead, here's what some governors and mayors are doing to try to get a grip on the pandemic:

Most states now have mask mandates

A growing number of cities and at least 33 states require masks to be worn inside public places or under specific circumstances.

Michigan is one of many states grappling with an onslaught of new Covid-19 infections, hospitalizations and deaths. So last week, the state ordered residents to wear masks in any gathering of two or more people at places such as stores, offices and schools, the state's health department said.

Some cities and counties are now under nightly curfews, including Miami-Dade County, Florida; El Paso County, Texas; and Pueblo, Colorado, which have all seen rampant spikes in new Covid-19 infections.

"What we are facing in Pueblo is a public health disaster, which threatens lives and our economy," Mayor Nicholas Gradisar said Thursday in announcing a two-week curfew.

In Florida, anyone in Miami-Dade County must wear a mask in public when social distancing is not possible or when there is no physical barrier present, according to an order from County Mayor Carlos Giménez. Miami-Dade said the mask mandate is good for business, too.

In Michigan, restaurant diners and bar patrons must provide their phone numbers for contact tracing in case they get exposed to someone with coronavirus, the Michigan Department of Health and Human Services said.

New York state announced similar rules in September. At least one member of each party dining at a restaurant indoors must provide contact information in case a contact tracer needs to reach them, Gov. Andrew Cuomo's office said.

Capacity slashed at stores and places of worship

Some states are also clamping down on crowd sizes, both indoors and outdoors.

Connecticut, which had been one of the most successful states at handling the pandemic, will limit restaurants to 50% capacity, Gov. Ned Lamont said Monday.

Illinois is now under "resurgence mitigations" after test positivity rates soared in all regions of the state. As of Wednesday, all indoor restaurant and bar service is banned, and all meetings, gatherings or social events are limited to 25% capacity or a total of 25 guests, whichever is fewer. 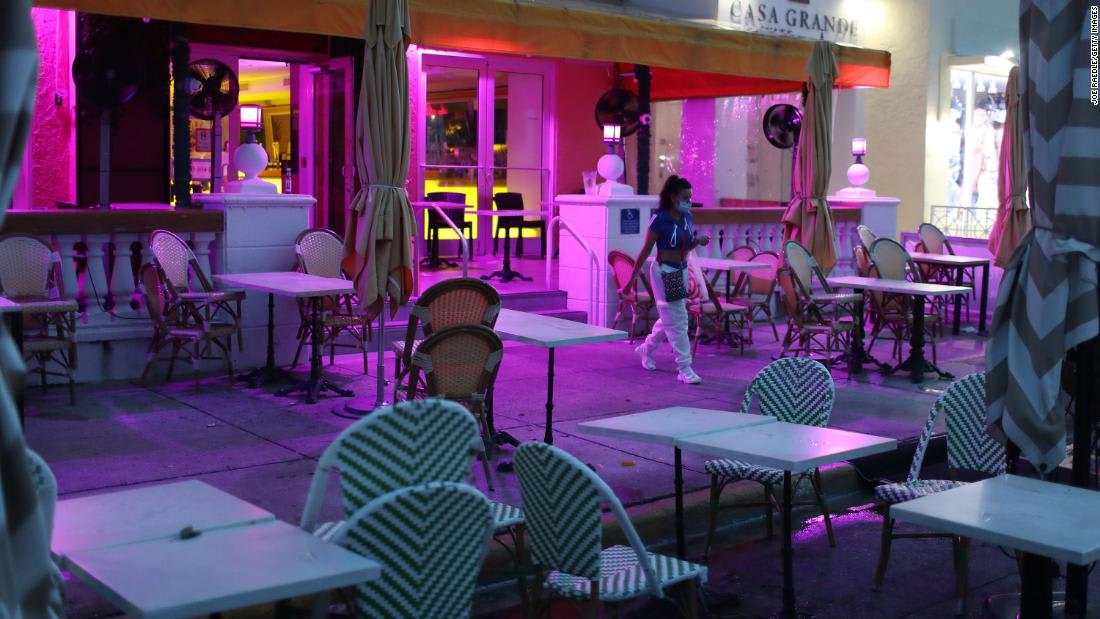 No one wants more shutdowns, but Covid-19 keeps raging. So some states have enacted these new rules

Norwegians are being urged to “stay at home as much as possible” to curb a “sharp rise” in Covid-19 infections, according to the Norwegian government on Thursday as it announced new restrictions.

The new measures, to be rolled out from Saturday, will place some limits on social gatherings, hospitality and education but are much less drastic than restrictions seen elsewhere in Europe.

Prime Minister Erna Solberg said the situation in Norway was “very serious,” adding that “we must act now to avoid a new shutdown as in March."

Bars and restaurants will close at midnight and universities and colleges will be encouraged to reduce in-person learning in order to decrease the use of public transportation.

Travelers arriving from the European Union’s “red list” of countries must present a certificate of a negative Covid-19 test, or they could be denied entry into Norway.

Although data from the European Centre for Disease Prevention and Control shows Norway currently has one of the lowest infection rates in Europe, cases have risen sharply in the last two weeks, according to the Norwegian Institute of Public Health.

Norwegian Health Minister Bent Høie said, "If this development continues, it will create major challenges for our health service, as we see happening in country after country in Europe.”

Norway has recorded at total of 22,575 coronavirus cases so far, including 56 new cases in the last day, with a death toll of 284, according to the latest government data released Wednesday.

The election is yet to be decided, but one thing is certain: the next President will have to deal with both the coronavirus pandemic and America's massive unemployment problem.

Another 751,000 Americans claimed first-time jobless benefits last week on a seasonally adjusted basis, the US Labor Department reported Thursday. That's down slightly from the previous week.

Additionally, 362,883 workers who are ineligible for regular state benefits, such as the self-employed or gig workers, claimed aid under the Pandemic Unemployment Assistance program.

Continued jobless claims, which count workers who have applied for benefits for at least two weeks in a row, stood at 7.3 million -- slightly down from the previous week.

Read more as this story is updated: 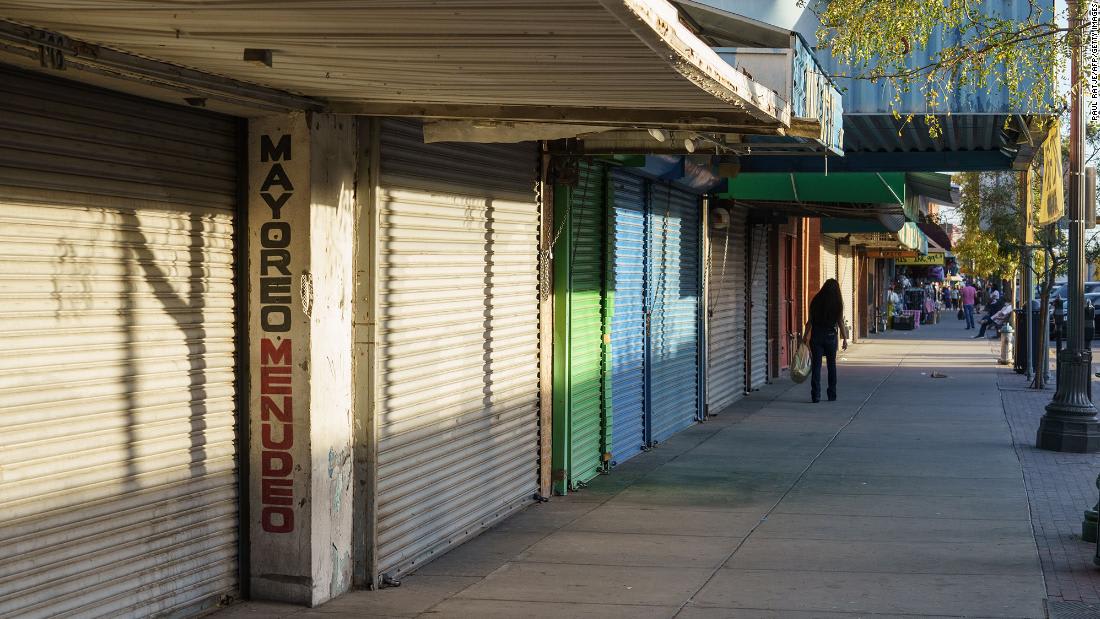 Paris will ban all food delivery and takeouts, as well as the sale of alcohol and the outdoor consumption of alcohol between 10 p.m. and 6 a.m., the French capital's police force said in a Thursday statement. The new restrictions will come into effect on Friday.

Police said the measures are to prevent groups of people from gathering outside restaurants, eateries and stores that sell alcohol -- meetings that are in clear violation of France's health measures aimed at reducing the spread of coronavirus.

Across France, concern is growing over hospitalizations and intensive care unit (ICU) capacity. As of Wednesday, 4,080 Covid-19 patients were in intensive care, French health officials said. The last time there was this number of patients in ICU was in late April.

Earlier this week, the World Health Organization (WHO) said France had seen a "considerable escalation" in new coronavirus cases. "France accounted for the third-highest number of new cases globally, with more than 275,000 cases reported in the past week (4,200 cases per million population): that is a 27% increase from the previous week," WHO said Tuesday.

A Houston Texans player has tested positive for Covid-19, the football team said on Thursday. The player has immediately self-isolated and contract-tracing has begun.

The team facility will be closed for the day, with all operations to be conducted virtually and the National Football League’s intensive coronavirus protocols to be followed.

“We were informed last night that a Texans player has tested positive for COVID-19. In consultation with the NFL and medical experts, we have made the decision to close the facility and conduct all operations virtually today," said the team in a statement. "The health and safety of our team, as well as our entire staff, are of highest priority.”

The Texans are scheduled to face the Jacksonville Jaguars this Sunday in Jacksonville, Florida.

The UK government will extend government wage assistance for businesses until March next year in light of the worsening coronavirus pandemic and England's second lockdown.

“The government will continue to help pay people’s wages up to 80% of the normal amount” in England, Scotland, Wales and Northern Ireland, announced the British finance minister Rishi Sunak on Thursday.

Sunak said the government would review the "furlough scheme" policy in January “to decide whether economic circumstances are improving enough to ask employers to contribute more.”

The government’s highest priority is to protect jobs and livelihoods,” Sunak said. “It is a demonstration of the strength of the union and an undeniable truth of this crisis we have only been able to provide this level of economic support because we are a United Kingdom.

“This Treasury is, has been and will always be the Treasury for the whole of the United Kingdom” he added.

The extension to March 2021 will mark one year since the furlough scheme was introduced at the beginning of the UK’s initial coronavirus lockdown.

Meanwhile, the Bank of England is pumping another £150 billion ($195 billion) into the UK economy after warning of a double-dip recession because of the coronavirus pandemic and an uncertain outlook because of Brexit.

England re-entered a national lockdown on Thursday, with restaurants, bars and non-essential businesses closed until December 2. The United Kingdom reported its second-largest daily increase in Covid-19 cases on Wednesday with 25,177 new infections recorded in 24 hours.

As the United States recorded its five highest days of coronavirus cases, US Centers for Disease Control and Prevention Director Dr. Robert Redfield said this is the perfect time to develop a strategy to better detect asymptomatic cases.

"Now is the time to develop a testing strategy to maximize our ability to identify the silent epidemic of asymptomatic COVID-19 infections," Redfield tweeted Wednesday.

By the CDC's estimate, 40% of people with Covid-19 show no symptoms.

Meanwhile, Dr. Thomas Tsai of the Harvard Global Health Institute told CNN in an email the time to develop a national testing strategy to identify asymptomatic Covid-19 infections passed a few months ago.

Austria reported a daily record of 7,416 new coronavirus infections on Thursday, according to the Ministry of the Interior.

The country entered its second national lockdown this week, with new restrictions including a curfew between 8pm and 6am and the closure of leisure and culture facilities.

The nation has confirmed 132,515 coronavirus cases since the pandemic began, according to the Ministry of the Interior. There have been 1,268 deaths due to the virus.