At least 1,500 nurses have died from coronavirus around the world, according to analysis from the International Council of Nurses (ICN).

That toll is up from 1,097 in August -- but it is only a partial accounting, and does not reflect the true number of deaths, since the group was only able to gather data from 44 of the world's 195 countries.

Since May 2020, we have been calling for the standardised and systematic collection of data on healthcare worker infections and deaths, and the fact that is still not happening is a scandal," ICN Chief Executive Officer Howard Catton told a virtual conference on October 27.

The group's own analysis suggests that about 10% of coronavirus cases globally are among healthcare workers.

Iran has set a coronavirus record for the second day in a row, after 440 people died and 8,293 infections were reported on Monday, Health Ministry spokesperson Sima Sadat Lari said. Both tolls are the highest the country has recorded in a 24-hour period.

Iran's Covid-19 death toll has reached 35,738 and the total number of infections seen in the country has climbed to 628,780, according to Lari.

Iran's Supreme Leader Imam Ali Khamenei declared on October 12 that Iran was experiencing its third wave of the pandemic.

Iran is the worst-hit country in the Middle East region.

The novel coronavirus has infected more than 46 million people worldwide and killed more than 1.2 million. Here's what you need to know today

Correction: An earlier version of this post misstated the reporting period for the latest coronavirus figures from Switzerland. This has now been corrected.

Australia registered no new local Covid-19 cases on Saturday for the first time since June 9, marking a major milestone in the country's battle against the deadly virus.

The apparent turning point comes months after the state of Victoria declared a "state of disaster" to stem an outbreak that saw as many as 725 people in the southeastern state test positive for the virus in a single day.

The 1st national zero community transmission day since June 9," Health Minister Greg Hunt said on Twitter on Sunday. "Thank you to all of our amazing health & public health workers & above all else the Australian people."

Meanwhile, Melbourne, the city at the epicenter of Australia's coronavirus epidemic, marked its second consecutive day without any locally transmitted cases. Since ending its strict 112-day lockdown on Tuesday, the city of 5 million has registered only seven new Covid-19 cases.

Though Victoria, of which Melbourne is the capital, accounts for at least 20,300 of Australia's more than 27,500 coronavirus cases, the number of active cases in the state has steadily declined over the past 30 days.

Authorities in the state have said they will consider lifting more restrictions if trends continue in the right direction. 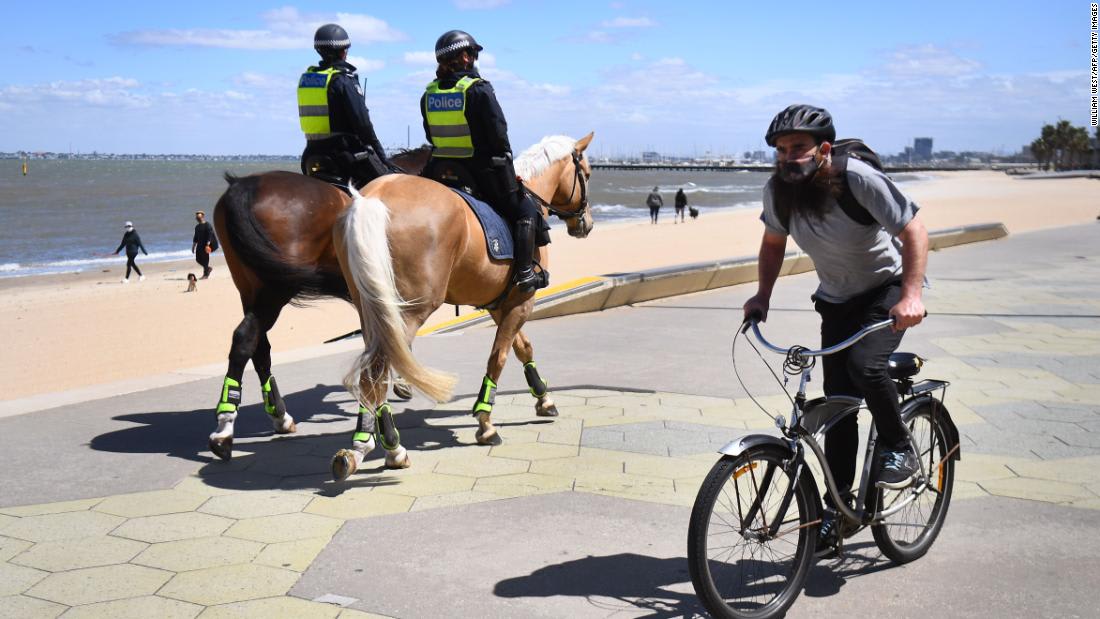 Portugal's government has asked the country's president to declare a state of emergency because of a spike in cases in the country.

"[The state of emergency] is of an essentially preventive nature," Portuguese Prime Minister, António Costa, said at a press conference on Monday, after meeting with President Marcelo Rebelo de Sousa for nearly an hour.

Costa said the state of emergency would "eliminate judicial doubt" about some of the government's decisions to restrict the right of movement and the right to gather, which are essential rights under the Portuguese constitution.

The move would also allow the government to order private hospitals and centers to assist with the care of Covid-19 patients.

"It is a very critical moment," Costa said, adding that the declaration would be more limited in scope than the one made during the spring wave, but would probably also last longer.
"We must avoid gatherings at any cost," he said.

Portugal's president will meet the leaders of other political parties before making a decision.

Costa's statement came after he announced strict new measures to contain the rising number of cases in Portugal on Saturday. Portugal has recorded more than 144,000 Covid-19 cases over the course of the pandemic, according to Johns Hopkins University.

In Switzerland, officials have recorded more than 20,000 new infections in the past 72 hours.

There were 21,926 new Covid-19 cases reported on Monday, according to Switzerland’s Federal Office of Public Health. The country has recorded 176,177 cases in total.

In Germany, the number of coronavirus patients in ICUs has tripled in the last two weeks, according to health minister Jens Spahn.

And in the UK, Prime Minister Boris Johnson is expected to make a statement to MPs on Monday, warning that virus deaths in the winter could be twice as high as during the first wave of the outbreak, according to the PA media news agency.

PA reports that Johnson will say there is no alternative but to impose a new lockdown in England.

Correction: An earlier version of this post misstated the reporting period for the latest coronavirus figures from Switzerland. This has now been corrected.

The genetic sequences of two coronavirus cases linked to the White House could ultimately help researchers identify the origins the White House outbreak -- and whether it went on to infect others, according to a preprint study posted online on Sunday.

Following several Covid-19 cases linked to the White House in early October, including President Donald Trump's, CNN reported that the administration rebuffed offers to help with contact tracing – one tool that could have tracked how the virus spread around and beyond the White House.

In October, a White House spokesman called the origin of the cases there "unknowable." The preprint study, which has not yet been peer-reviewed or published in a medical journal, says that's not necessarily the case.

The study says the White House Covid-19 outbreak seems to descend from a viral lineage that "escaped detection" for the previous six months.

The authors, led by geneticist Trevor Bedford, an associate professor at Fred Hutchinson Cancer Research Center in Seattle, said the White House cases stemmed from viruses circulating in the United States in March and April, but can be differentiated by the mutation collected since then.

The new study did not identify the individuals included, but a story published Sunday in The New York Times said the viral samples came from two of its journalists, Michael D. Shear and Al Drago, who are believed to have been exposed to the coronavirus while covering the White House. The Times said both had "significant, separate" exposure to officials in the White House in late September, and did not spend time around each other in the weeks before they tested positive.

As many viral lineages have not been sequenced, there aren’t many answers yet about where the White House cases came from. As more genomes are sequenced, it’s possible new evidence will emerge about the geographic origins of the White House lineage.

The two sequences are like "having two puzzle pieces that connect to one another, but with nothing else to directly connect to," the study says.

The researchers say they can't rule out the possibility that this version of the virus is circulating in Washington, DC, and both individuals in the study independently acquired it outside the White House. More genetic sequencing in Washington could rule it out. It would also help to sequence additional cases linked to the White House, the study said.

Oil prices fell sharply on Monday, as new lockdowns across Europe and record coronavirus cases in the United States slammed the outlook for energy demand.

Brent crude, the global benchmark, fell as much as 5% in early morning trading in Asia, touching levels last seen in May, before paring losses to trade 2% lower, at $37.13 a barrel. West Texas Intermediate, the US benchmark, was down 2.49%, at $34.90 a barrel.

Decisions by European governments to impose another round of severe coronavirus restrictions are weighing on sentiment.

France, Germany and Belgium are going back into nationwide lockdowns, shutting restaurants and non-essential businesses for several weeks and restricting travel. In the United Kingdom, authorities are introducing a lockdown in England that is scheduled to run through December 2.

These four countries consume the equivalent of a little over 6% of global consumption, "so no surprise that we are seeing the market reacting this morning," ING's head of commodities strategy Warren Patterson and senior commodities strategist Wenyu Yao wrote in a research note on Monday. 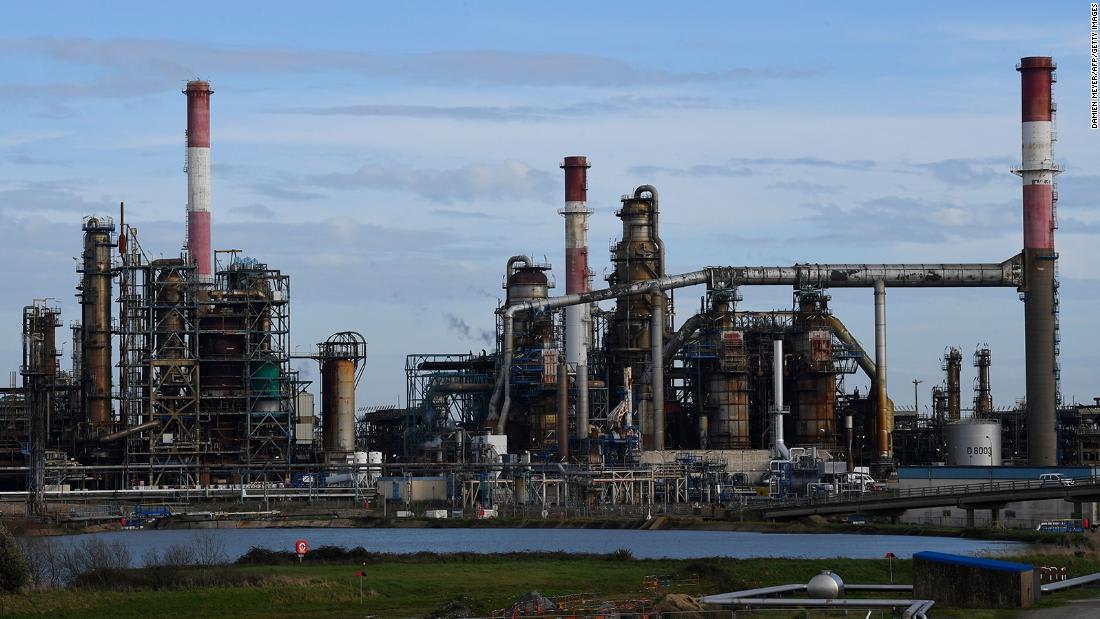 The number of coronavirus patients in German ICUs has tripled in the past two weeks, the country's health minister, Jens Spahn, wrote on Twitter on Monday.

There are currently 2,061 patients in intensive care, with 1,086 requiring ventilation, according to official data.

Spahn warned that the country’s health care system could be overwhelmed in a matter of weeks if the current surge continues.

"If we have such tripling another two times, our health system will not be able to cope," Spahn said in an interview with German broadcaster ZDF on Sunday.

Germany went into a partial lockdown on Monday, with bars, cafés and restaurants shutting down except for takeout and delivery services. Amateur and recreational sports as well as most entertainment venues have also stopped operating.

Spahn said the new measures were necessary to contain the current wave of infections, but also warned that anti-pandemic measures may have to remain in place for a long time.

"For now it is about the powerful national effort in November," he said. "A November of slowing down for us all to reduce contacts and to drive the numbers down.
"And then, of course, after this we will all have to really stay alert in our everyday lives [...] some parties that happened this summer should not take place in winter, certainly not larger ones."

Germany has reported more than 552,000 Covid-19 cases overall, according to Johns Hopkins University.

The "dose" of coronavirus you are exposed to might make the difference between being asymptomatic, getting mildly sick or becoming critically ill.

The concept of needing a certain dose of a pathogen -- a disease-causing organism -- to trigger an infection has been shown to be the case for many viruses, such as influenza, poxviruses and others, explained Erin Bromage, an associate professor of biology at the University of Massachusetts, Dartmouth.

"If you hit an animal with a low enough dose, they'll be able to fend that off without developing any disease at all.
"If you get a magic number of an infectious dose, an infection will establish and that animal will then succumb to the disease from that particular pathogen.
"But if you hit them with more than the infectious dose, in most situations a high dose of pathogens -- like a high dose of a virus, for example -- leads to more severe outcomes," Bromage said. "So, dose becomes really important."

It's not because you need a certain number of particles of virus to infect a cell -- it just increases the odds that one of those viral particles will make it into the cell and infect it, setting off the chain reaction.

The virus itself isn't the only organism that plays a role -- it also has to do with the individual.

If the dose is small enough, it may not cause illness but could still generate an immune response, similar to a vaccine. 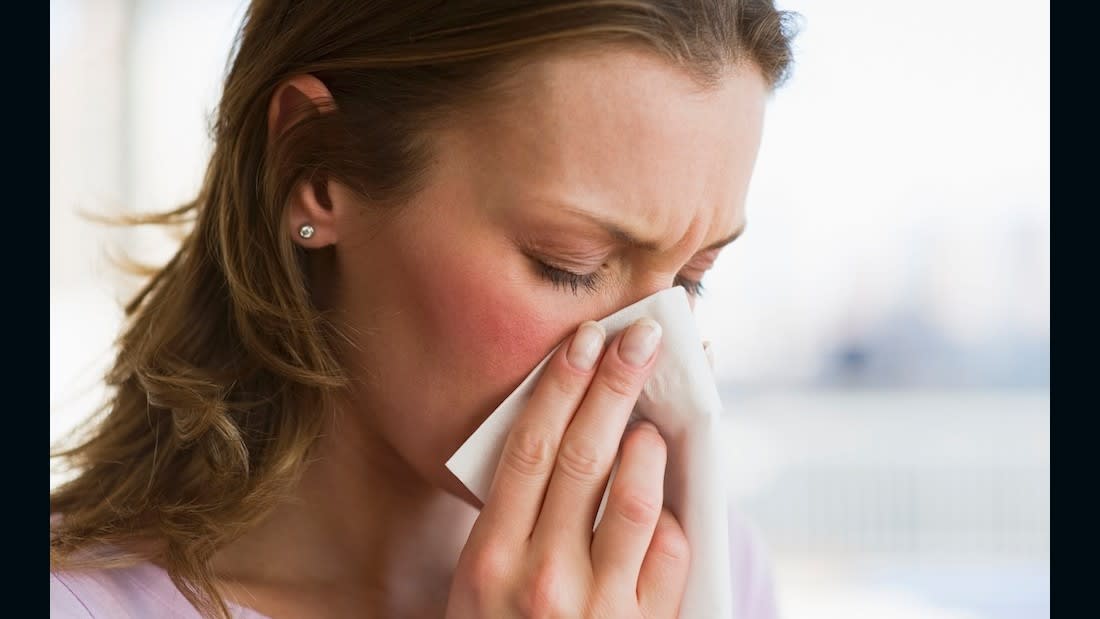 The 'dose' of coronavirus a person gets may determine how sick they get; masks could help