Belgium’s Deputy Prime Minister Sophie Wilmès has been admitted into intensive care during treatment for Covid-19, her spokesperson says.

The spokesperson has told CNN that Wilmès is conscious, stable and able to communicate with her team."Her condition is not alarming,” the spokesperson added.

Wilmès was admitted to the ICU on Wednesday night.

The news comes days after the country's health minister said the outbreak in the Belgian region of Wallonia and the capital Brussels is “close to a tsunami."

Frank Vandenbroucke warned “the health situation in Wallonia and in Brussels is the worst and the most dangerous in the whole of Europe.”

However, during a Sunday news conference, the health minister defended the government’s policy of installing a curfew from midnight, and not earlier in the evening, saying that the government “did not want to make life impossible."

According to CNN analysis of data from Johns Hopkins University and the World Health Organization, Belgium and the Czech Republic are seeing the highest number of new coronavirus cases worldwide when measured against their populations.

As of October 16, both countries were reporting a daily average of more than 800 new cases per million of their populations, with the Czech Republic at 817 and Belgium tallying 811.

The Czech Republic registered 14,968 new coronavirus cases on Wednesday, according to new data from the Ministry of Health released Thursday.

The increase is 2,842 more than yesterday's update. To date, at least 208,915 people have been infected in the country since the beginning of the pandemic.

Some 4,417 patients are being treated in hospital for the virus. At least 1,739 have died.

The country was previously hailed as a success story during Europe's first wave of Covid-19 in March. But authorities are now struggling to cope with the rising number of infections throughout the country, and the government is enacting further restrictions on movement in order to stop the virus from spreading further.

Those measures went into effect at 6 a.m. local time and are expected to last until November 3.

The US reported more than 1,100 new Covid-19 deaths on Wednesday -- the highest daily toll recorded in more than a month.

The toll follows a pattern of other concerning trends across the country, including climbing cases and hospitalizations that are reminiscent of previous surges. Only this time, doctors say Americans will likely see the worst surge yet.

At least 31 states are now reporting more new Covid-19 cases than the previous week and only one state -- Hawaii -- is trending in the right direction. Hospitalizations are also on the rise, with tens of thousands of patients nationwide and hospital systems already taking a hard hit.

And some experts predict the country's daily death toll, which usually lags behind rising cases, will also begin creeping upward. More than 2,300 Americans could be dying daily by early January, according to a model by the Institute for Health Metrics and Evaluation at the University of Washington. 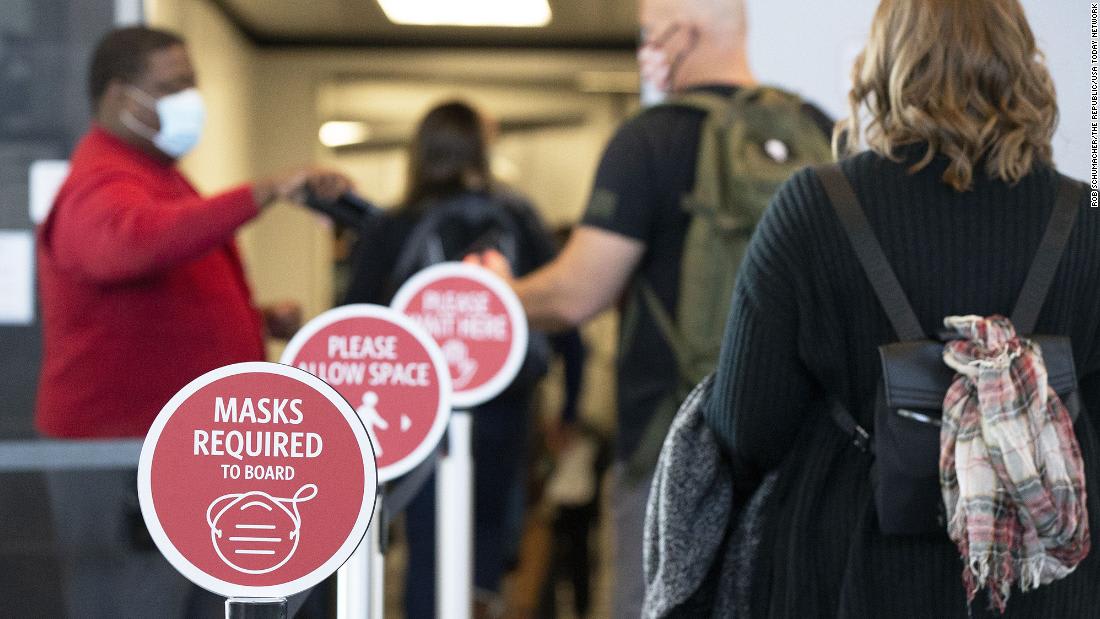 The US topped 1,000 daily Covid-19 deaths and experts worry the worst of the fall surge is yet to come

Police in the Australian state of Victoria plan to use drones to ensure that members of the public are following social distancing rules during the Australian Football League (AFL) Grand Final on Saturday.

The game, between Victoria-based clubs Geelong and Richmond, will take place at The Gabba in Brisbane, Queensland and is expected to host a 30,000 crowd, according to the AFL's official website.

The AFL final is one of the most watched televised sporting events in the country. Victoria is easing lockdown measures that were put in place to stop the spread of Covid-19, but indoor gatherings are still banned in Melbourne, the state's biggest city. No more than two households, up to 10 people, can gather outdoors in public spaces.

"It allows us to adopt policing tactics which are most appropriate to ensure that what's occurring at that location remains Covid safe," Cornelius said of the drones at a news conference Thursday.

The annual AFL grand final is traditionally played in Melbourne on the last Saturday of September but was moved this year to Brisbane -- more than 1,000 miles away -- because of the pandemic.

Tokyo's Narita Airport will open a Covid-19 testing center next month that will return results within two hours.

International passengers arriving at Terminal 1 and 2 will be routed to a testing reception center, where they will take a PCR test. Those who test negative will be issued with a certificate.

The test and certificate cost $380. Asahiko Tamura, the president of Narita Airport, said the center will open on November 9.

"We believe this will be an important facility towards the resumption of international travel," Tamura said at a news conference on Thursday.

Germany identified a new high of 11,287 cases of Covid-19 in a single day, the country's center for disease control, the Robert Koch Institute (RKI), reported Thursday. Another 30 people died from the virus.

More than 392,000 coronavirus cases have been diagnosed in Germany since the pandemic began, killing 9,905 people, according to the RKI.

Germany is one of several countries throughout Europe battling a new wave of Covid-19 cases.

Brazilian Senator Arolde de Oliveira died Wednesday from complications related to Covid-19, according to a statement published on his official Twitter account. He was 83.

Oliveira died from multiple organ failure caused by Covid-19, the statement said. He had been hospitalized for more than 15 days in Rio de Janeiro, according to CNN affiliate CNN Brasil.

Oliveira is the first member of the Brazilian Congress to die from coronavirus.

Oliveira, a conservative senator from Rio de Janeiro state with close ties to President Jair Bolsonaro, served in Congress for more than 35 years. He was in his first term in the Senate after being elected in 2018. He had previously served nine consecutive terms in the lower house of Congress.

The state of Rio de Janeiro declared three days of mourning in honor of Oliveira, according to a statement from the governor’s office.

Tocilizumab, a repurposed rheumatoid arthritis drug once considered a promising treatment for hospitalized patients with Covid-19, generally did not increase patients' chances of survival or help them get better faster, according to three trials published this week.

However, a fourth trial did find the drug increased the chances of survival, but because it was an observational study, the results are considered less definitive.

While this leaves the picture for tocilizumab use a bit muddy, the studies taken together show the drug isn't a magic bullet that should be used in all hospitalized patients with Covid-19, but they leave the door open for possible use in specific patient groups.

"It is possible that forthcoming results from other randomized trials will help us identify specific groups of people who will benefit. However, growing evidence supports current guidelines, which recommend against tocilizumab use outside of clinical trials," Dr. Jonathan Parr told CNN. 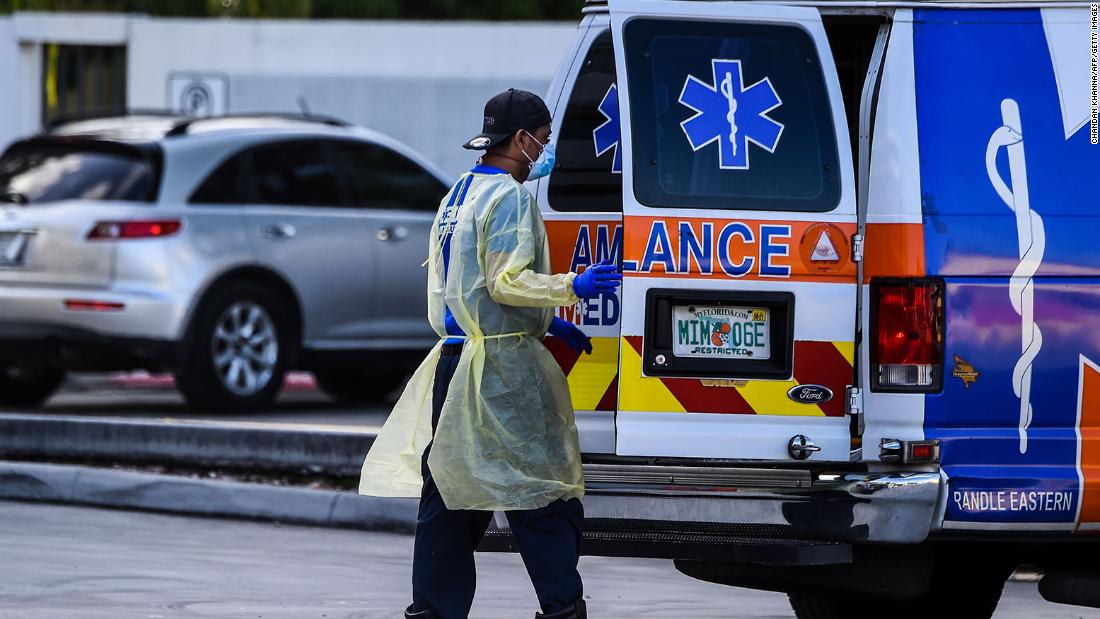 Only 6,000 participants have so far received both doses of the Russian vaccine for Covid-19 that are necessary to complete the vaccination, the drug's developers said.

To date, 17,000 people have received the first component of the Sputnik V vaccine, Alexander Gintsburg, director of the Gamaleya Institute that created the vaccine, told CNN in an exclusive interview Wednesday.

"No side effects other than those listed in the instructions and that are characteristic of any vaccine included in the national vaccination protocols have been registered as of now," Gintsburg said.

Russia approved the Sputnik V vaccine for emergency use ahead of key Phase 3 trials. Moscow claimed it was the first certified coronavirus vaccine, despite only having been tested on several dozen people,

So far, about 40,000 doses of Sputnik V have been supplied to the general population under emergency use authorization decree -- mostly doctors, Covid-19 patients and teachers, Gintsburg said.

Gintsburg said that his institute and the Russian Direct Investment Fund, which sponsored the vaccine, plan to scale up production of Sputnik V in the next month using private sector sites, with the goal of producing 5 million vaccines a month by next year.

“(Such rate) will allow 70% of our population to be vaccinated with this vaccine within nine, 10 to a maximum of 12 months, which is enough to make this disease controlled by the vaccine,” Gintsburg said.