Long-term heart damage is likely in some survivors of Covid-19, a team of doctors reported Monday.

The doctors found that Covid-19 dysregulates the way the blood clots, and damages the lungs and their ability to process fresh oxygen into the blood, they wrote in a review for the American College of Cardiology.

Patients who have had to undergo ventilation -- and the medicated sedation that goes along with that --- are most in danger, wrote Dr. Sean Pinney of the Icahn School of Medicine at Mount Sinai and his colleagues.

The doctors noted that about a third of survivors of the closely-related severe acute respiratory syndrome (SARS) virus in 2003-2004 had persistently abnormal lung function a year after illness, with lower exercise capacity -- and Covid-19 appears to damage the heart even more.

A second study noted a kind of damage to the heart known as myocardial injury in about a quarter of coronavirus patients.

A third study in the same journal noted that patients with excess body fat, uncontrolled blood sugar, high blood pressure and high cholesterol face much higher risks of complications from coronavirus. Many Americans have all four problems.

The head of Lebanon’s powerful General Security Directorate, who spent the past several days meeting with senior US national security officials, has tested positive for Covid-19 in Washington, his office announced Monday.

Maj. Gen. Abbas Ibrahim took a coronavirus test in Washington, the post on Facebook said, which came back positive. Ibrahim was due to have meetings in Paris after Washington, which have been canceled.

Ibrahim has been part of the ongoing talks between the White House and the Syrian regime of Bashar al-Assad over US citizens who are believed to be in regime custody. During his visit to Washington, Ibrahim met with National Security Advisor Robert O'Brien, who has previously tested positive for Covid-19.

Ibrahim spoke with the UAE’s The National news service during his trip, which reported he was also due to meet with the CIA Director Gina Haspel and State Department Undersecretary for Political Affairs David Hale.

The CIA would not comment on whether Haspel met with Ibrahim but spokesman Tim Barrett told CNN: “Director Haspel continues to test negative and follow CDC guidelines.”

Lombardy, Italy's hardest-hit region during the first wave of the Covid-19 pandemic earlier this year, will enact a curfew in order to curb a new rise in cases.

Under the curfew -- which begins Thursday -- nearly all activities and travel in public must cease from 11 p.m. to 5 a.m. Regional authorities also agreed to close shopping centers on weekends, except for stores selling food and basic necessities, to prevent more opportunities for the virus to spread.

Lombardy is home to the city of Milan and a population of more than 10 million. The novel coronavirus took a staggering toll on the region in its earliest days, leading many to call it the pandemic's epicenter in Europe. The elderly population was particularly hard-hit.

Details of exact exemptions, how long the curfew will last and how it will be enforced will be announced in an upcoming regional decree. Under the latest government decree, local administrations have the power to enact lockdowns and curfews for their area.

Iran reported 337 new Covid-19 related deaths on Monday, the country's Ministry of Health said. It was the highest number of fatalities the nation has seen in a single day since the pandemic began.

At least 30,712 people have now been killed in the country by the novel coronavirus, according to the ministry.

Travel restrictions to and from Tehran, the capital, have been imposed in order to stymie this latest wave of cases.

A wedding at a Hasidic Jewish synagogue that was expected to draw up to 10,000 people has been barred by a New York state order, according to officials.

A grandson of the grand rebbe (rabbi) of Congregation Yetev Lev D'Satmar in Brooklyn planned to get married Monday, according to a statement attributed to the synagogue which CNN received from the Satmar Wedding Committee.

"It was outside the target red, or orange or yellow cluster zone, but the information that our investigation revealed was that upwards of 10,000 individuals ... planned to attend," Garvey said. 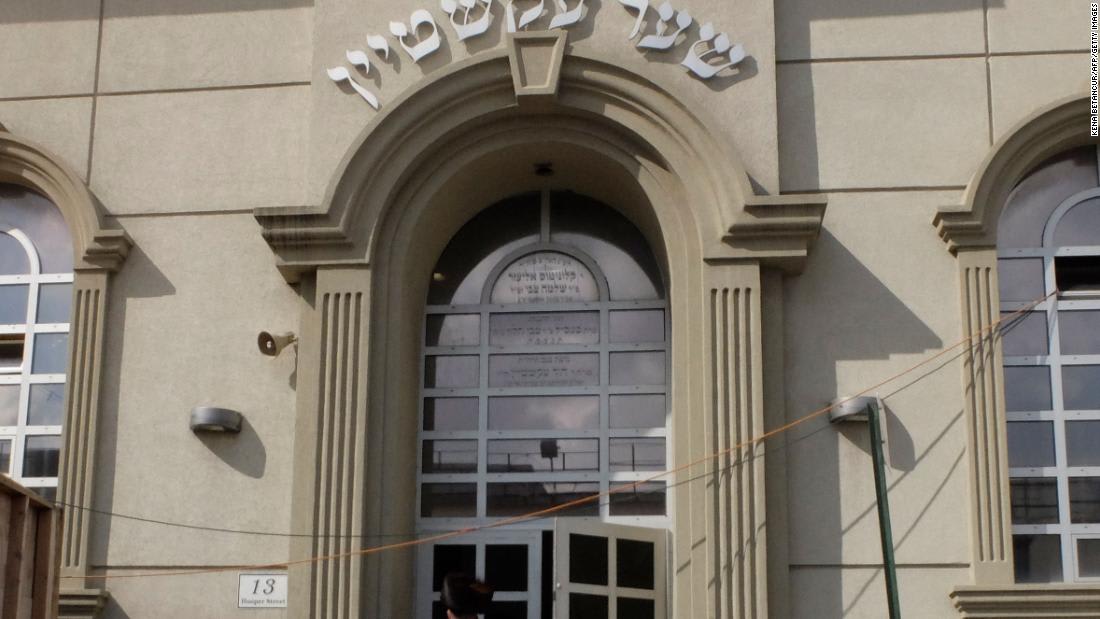 Argentina has topped 1 million total known cases of the novel coronavirus on Monday, according to the country's health ministry.

Argentina is the fifth country to report more than 1 million known coronavirus cases, following the US, India, Brazil and Russia, according to data from Johns Hopkins University.

There are at least 8,206,525 cases of coronavirus in the US and at least 220,079 people have died from the virus, according to a tally from Johns Hopkins University.

So far on Monday, Johns Hopkins has recorded 51,931 new cases and 405 reported deaths.

“We’re in the middle of the worst pandemic in a century and Dr. Fauci is America's most respected infectious disease expert for good reason,” Jha said.

“He is the best there is and to attack him personally is very unfortunate and it is not going to help the country out,” Jha added.

“I mean, right now we're heading into a difficult fall and winter. Attacking your best experts is not what you want to be doing if you're President of the United States.”

It could also have dire health consequences, Jha said.

“Dr. Fauci isn't just somebody that the public respects. All of us in the medical field who study these things look up to him as the best there is,” Jha noted.

Trump called Fauci a “disaster” and referred to him and other health experts as “idiots” in a campaign phone call on Monday.

Dr. Richard Besser, the former acting director of the Centers for Disease Control and Prevention, told CNN's Anderson Cooper on "Full Circle" if political leaders aren't working with scientists to pull the nation together in their coronavirus response, they're likely going to fail.

"The only way response works is when you have a unity of message between the political leaders and the science leaders because the science leaders are never going to be asking people to do things that are easy. They're asking people to change their lifestyle, to take action, to reduce the spread of an infectious agent and that requires sacrifice and when you don't have your political leaders pulling the nation together and making it a national effort, you're going to fail," he said.

"Infectious agents don't care what political party you support. They don't care where you live. They will infect everybody and anybody," he said.

The race to get a Covid-19 vaccine has involved some of the largest vaccine clinical trials ever orchestrated, US Health and Human Services Secretary Alex Azar said Monday.

“Obviously, we’re all hoping that we’ll see data as soon as possible,” Azar said at a conference sponsored by the Milken Institute, a nonpartisan think tank founded by ex-banker Michael Milken.

“It is an amazing achievement for the President, for Operation Warp Speed, for our biopharmaceutical industry in the United States that we even have this in range,” Azar said.

Under Operation Warp Speed, the US is producing millions of vaccines currently. All six vaccine candidates that the US has invested in or contracted to buy are being manufactured at commercial scale right now, Azar said. He said he believes that there will be enough vaccines by the end of December to vaccinate the most vulnerable populations in the US. By the end of January, he believes there will be enough to vaccinate all seniors and health care workers and first responders.

“By the end of March, early April, we believe we will have enough vaccine produced to vaccinate anybody in the United States who wanted to get vaccinated,” Azar said.

The AstraZeneca and Johnson & Johnson vaccine trials are paused in the US, as is Eli Lilly’s monoclonal antibody trial.

“The American people should feel very reassured, actually, by these developments. That shows we’re putting patients at the center,” Azar said. “It shows that we’re playing by the book. It shows that the FDA is in the driver’s seat.”

Vaccine approvals will be determined by the career leadership at the FDA, Azar said.