Coronavirus killed three times more people in England and Wales than pneumonia and influenza combined in the first eight months of this year, according to new data from the Office for National Statistics (ONS).

“More than three times as many deaths were recorded between January and August this year where COVID-19 was the underlying cause compared to influenza and pneumonia," said Sarah Caul, head of mortality analysis at the ONS.

“The mortality rate for COVID-19 is also significantly higher than influenza and pneumonia rates for both 2020 and the five-year average."

“Since 1959, which is when ONS monthly death records began, the number of deaths due to influenza and pneumonia in the first eight months of every year have been lower than the number of Covid-19 deaths seen, so far, in 2020,” said Caul.

The figures also reveal the toll that coronavirus has taken on care home residents, with the proportion of deaths due to Covid-19 almost double that due to influenza and pneumonia, according to the ONS figures.

The agency's analysis of Covid-19, influenza and pneumonia deaths focuses on deaths where people died due to these conditions, rather than deaths where the conditions were either the underlying cause or mentioned as a contributing factor.

The central European country has now overtaken Spain as the EU nation with the highest number of coronavirus cases per 100,000 people.

There has now been a total of 95,360 cases, and 829 coronavirus deaths in the Czech Republic, according to John Hopkins University.

Move over, flights to nowhere -- cruises to nowhere may be the next big thing in Covid-safe travel.

Singapore has announced that it will launch pleasure cruises that don't actually visit any ports in November 2020.

The city-state's national tourism board has partnered with two cruise lines for the initial journeys, with Genting Cruise Lines' World Dream and Royal Caribbean International's Quantum of the Seas chosen as the first two ships to take part.

This cruise, though, will look quite different than your typical seagoing experience.

In order to ensure hygiene protocols, ships will depart from and return to the same spot, with no port calls in between. The ships will operate at no more than 50% capacity and are for Singapore residents only. 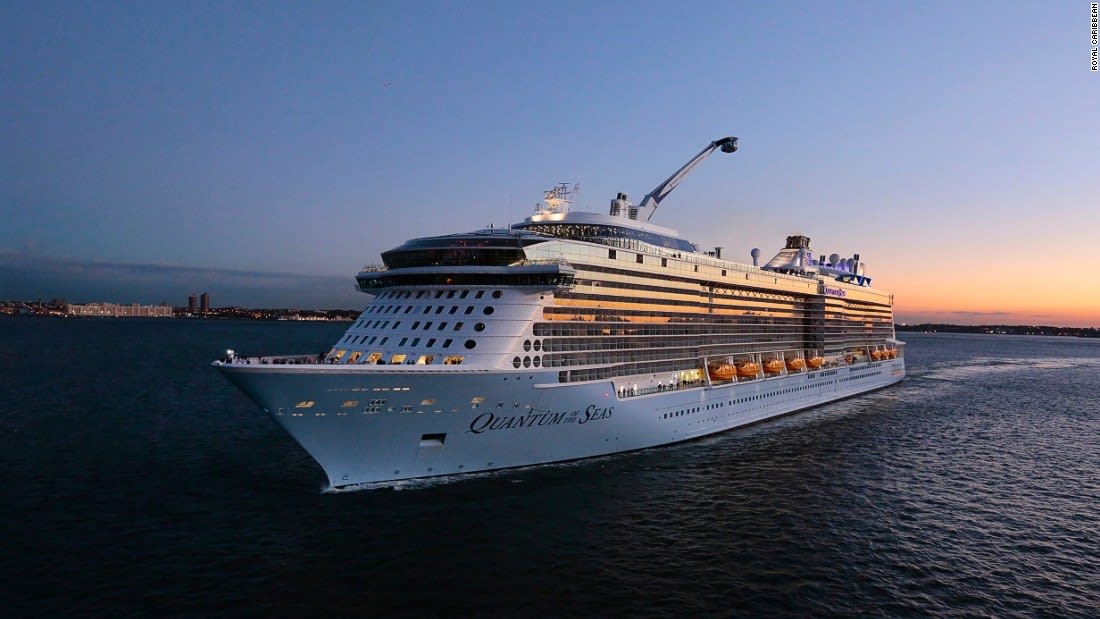 Vice President Mike Pence tried his best on Wednesday to recast the reality of Donald Trump's presidency, but Sen. Kamala Harris, the Democratic pick for his job, refused to let him spin away the nation's current dire plight during their single debate.

"The American people have witnessed what is the greatest failure of any presidential administration in the history of our country," the California senator said in her first answer in Salt Lake City, pinning Pence with the deaths of more than 210,000 Americans from Covid-19.

Harris -- from a multi-racial, immigrant family from the liberal West Coast -- and Pence -- the white, male conservative, evangelical product of the heartland -- were an apt representation of the two Americas disputing the election and whose divergent paths and belief systems are at the root of the country's current political estrangement. 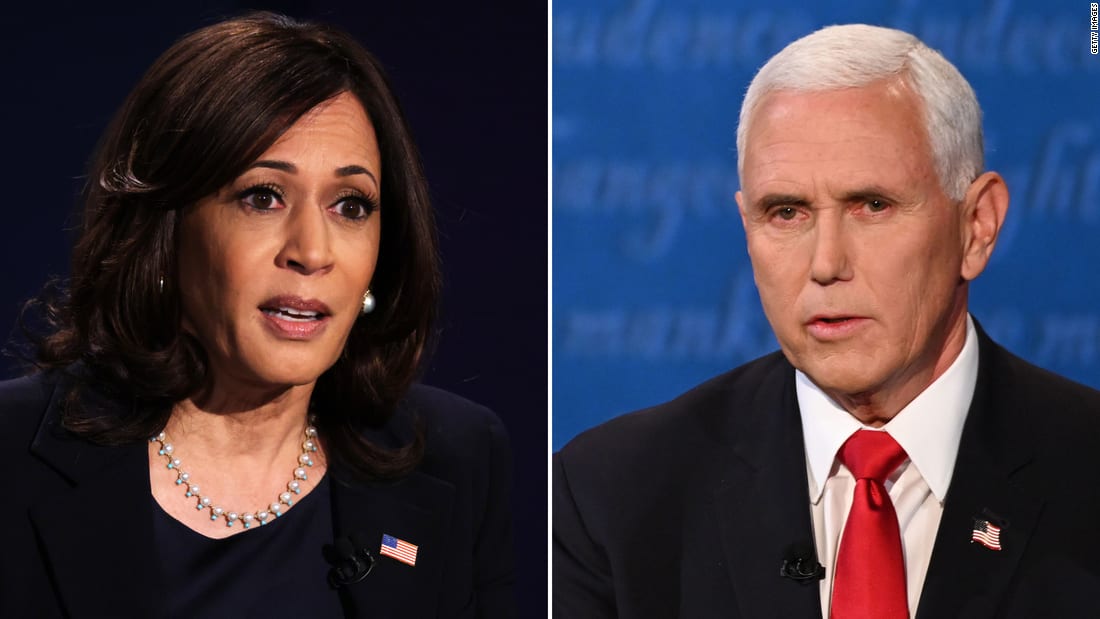 Deli is loosening regulations on restaurant opening hours and liquor licenses in an effort to help the industry recover from the financial impact of the pandemic.

Restaurants in the city will now be allowed to operate 24 hours a day, seven days a week, contrary to pre-pandemic conditions when establishments would close at night.

Delhi chief minster Arvind Kejriwal announced several measures Wednesday to boost business after the easing of pandemic restrictions following a meeting with representatives of the National Restaurants Association of India.

"Delhi's restaurants are the pride of Delhi and provide employment to lakhs (hundreds of thousands) of people. I have directed all the respective departments to remove unnecessary hassles in the smooth running of restaurants in Delhi," Kejriwal said.

Several licensing reforms were introduced, including removing several "archaic" rules pertaining to serving liquor in restaurants. Restaurants will be allowed to serve liquor in open areas without additional fees and licenses for all types of music will be permitted.

India announced a nationwide lockdown on March 24, forcing its 1.3 billion people indoors. On June 8, restaurants were allowed to reopen in Delhi amid an easing of restrictions. Delhi has reported 298,107 cases of coronavirus including 5,616 deaths, according to the Indian Ministry of Health.

Nationwide campaign: Prime Minister Narendra Modi launched a campaign to promote Covid-19 appropriate behavior "in view of the upcoming festivals and winter season as well as the opening up of the economy," a government news release issued Wednesday said.

In total, India has recorded at least 6.8 million Covid-19 cases, including more than 105,000 deaths, according to Health Ministry data.

President Donald Trump had just concluded a hurricane briefing with local officials in Lake Charles, Louisiana, in August when Republican Sen. John Kennedy approached the President with a request for autographs from local law enforcement officials.

"Come on over here," Trump beckoned cheerfully. "Come here fellas, get over here. I want a little power."

As the local sheriff approached Trump, the President's longtime body man Johnny McEntee stepped in and put his hand out: "We gotta just keep a little -- "

"If you will, just try to keep your distance," White House chief of staff Mark Meadows interjected as the President's lead Secret Service agent moved to place himself between the President and the local officials.

Neither Trump, Meadows, McEntee, nor Trump's Secret Service agent were wearing masks. As they worked to create a bubble around the President, Trump's aides were simultaneously piercing it themselves, coming within inches of potentially contagious local officials before piling into a helicopter and airplane with Trump.

The late-summer episode hardly registered at the time. But two months later, as the virus ravages White House staff and Trump remains isolated with the disease himself, it seems illustrative of woefully inadequate efforts to keep both Trump and those surrounding him healthy.

Trump has sought to cast his coronavirus diagnosis as the inevitable outcome of courageous leadership in the face of the pandemic. "I knew there's danger to it, but I had to do it. I stood out front. I led," Trump said in a video message he recorded after he returned to the White House on Monday night. On Wednesday, he called his diagnosis a "blessing from God" because it opened his eyes to potential treatments.

In reality, the President's infection was the predictable result after months of blatantly disregarding basic public health guidance. While aides took steps to keep Trump from catching coronavirus, the White House's ultimate failure and the ensuing West Wing outbreak can be tied to an over-reliance on rapid coronavirus testing and disregard for the most basic and effective public health measures that have become second nature to most Americans: wearing a mask and social distancing. 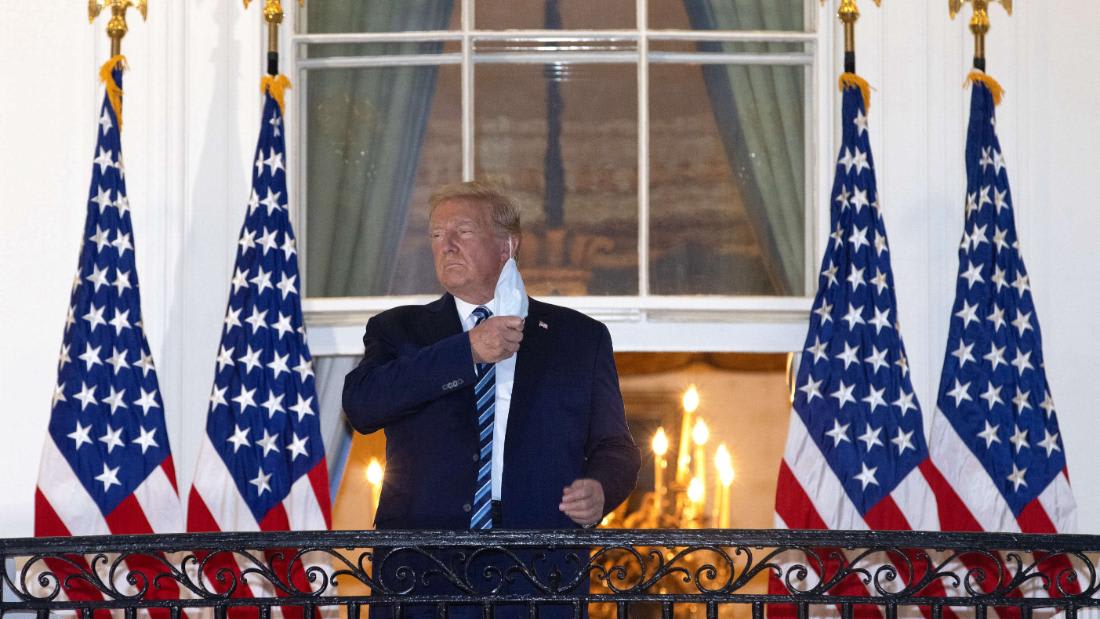 No masks and no back up measures: How the White House became ripe for an outbreak

Germany recorded a large spike in new coronavirus infections in the past 24 hours, according to data from the Robert Koch Institute, the country's center for disease control.

Official numbers show 4,052 infections in a span of 24 hours. That’s a jump of about 1,200 daily cases compared to the day before.

The German government has been warning about the recent rise in new infections and has put in place measures in an effort to stop the trend.

CNN's feed was temporarily cut in mainland China during the US vice presidential debate between Vice President Mike Pence and Sen. Kamala Harris when Pence began to criticize China's response to the Covid-19 pandemic.

Answering a question on the US relationship with China and President Donald Trump’s recent comments that Beijing will “pay” for the pandemic, Pence said China was to blame for the coronavirus.

The CNN feed was then cut for a few minutes during the remainder of Pence’s response. It came back on as Harris began her answer, which focused on the Trump administration’s approach to China that she said “resulted in the loss of American lives, American jobs, and America's standing.”

Censors regularly screen live broadcasts on international media networks in China, ready to cut any segment from the air if it is deemed politically sensitive by the ruling Communist Party.

CNN stories on the allegations of detention centers in Xinjiang and the protests in Hong Kong have been regularly removed from the air by Chinese censors.

At least 50,341 new coronavirus infections were reported in the United States on Wednesday, bringing the country's total confirmed cases to at least 7,549,682, according to Johns Hopkins University.

There were also another 915 coronavirus-related deaths reported on Wednesday. To date, at least 211,801 people have died in the US from the virus.