The number of coronavirus cases across the globe surpassed 36 million on Wednesday, according to Johns Hopkins University.

At least 36,063,675 people globally are known to have been diagnosed with coronavirus as of 9:20 p.m. ET Wednesday, according to Johns Hopkins University's data.

The United States, India, and Brazil are the three worst-hit countries with the highest coronavirus cases in the world. The United States is leading with at least 7,546,488 confirmed cases, while in India the confirmed infections are at least 6,757,131. Brazil reported at least 5,000,694 cases on Wednesday.

The total number of people who are known to have died from coronavirus is at least 1,054,153, according to Johns Hopkins.

CNN is tracking the cases:

Brazil has the world's third highest coronavirus cases after the United States and India, and the world's second highest death toll after the US, according to Johns Hopkins University's data.

President Donald Trump said his coronavirus infection was a "blessing from God" because it educated him about potential drugs to treat the disease in a video meant to demonstrate his return to work after several days in the hospital.

The appearance, his first since returning from Walter Reed National Military Medical Center, was taped Wednesday afternoon in the Rose Garden by White House staff. Trump seemed upbeat, but his voice still sounded breathless at points and he appeared to be wearing make-up.

Parts of the video looked edited. In it, Trump framed his ongoing bout with the virus as a net positive.

"I think this was a blessing from God that I caught it. It was a blessing in disguise," he said, citing his first-hand experience with the experimental combination of drugs he was administered at Walter Reed.

He singled out in particular the high dose of an experimental antibody cocktail from Regeneron, saying he requested it from his doctors and attributing his recovery to its effects.

Calling the drug a "cure," Trump said he would work to make it available at no cost to other Americans.

"I want everybody to be given the same treatment as your President," Trump said, adding: "It was, like, unbelievable." 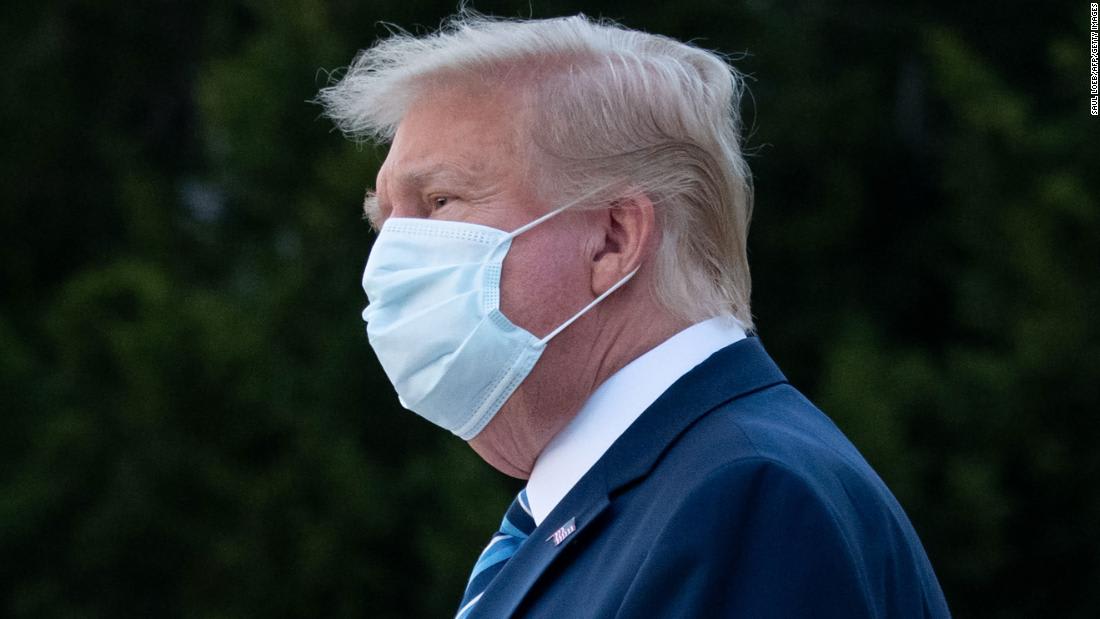 White House prepared for Trump to return to Oval Office

Canada's public health officials are warning people to stay home as much as possible, saying the next few weeks will be "critical" to the country’s efforts to contain the virus.

Public Health Agency of Canada says national daily case counts continue to increase steeply with an average of about 2,000 new cases every day for the past week. Government statistics indicate that’s a 40% rise in the past week alone.

Hospitalizations and deaths continue to creep upward as well, with more than 600 Covid-19 patients currently in hospitals, and an average of about 18 deaths reported daily.

More than 80% of new infections are from Ontario and Quebec, with 60% of cases detected in people under 40.

The province of Quebec is of particular concern with urban hotspots in Montreal and Quebec City. Dine-in restaurants and bars were closed in those cities last week as new daily cases continue to climb.

Quebec reported 1,364 new cases of the virus on Tuesday alone, the highest daily case total since the pandemic began. That prompted a blunt warning to young people in Quebec to take the virus seriously and stay home.

"The young people that are not respecting the rule, they will have an impact on the system.” said Christian Dube, Quebec’s health minister, during a news conference in Quebec City Tuesday, adding, “Don't take the risk, please don't test the hospital system. There are already nurses, the doctors, what they are asking you, what they are asking Quebecers, please stay home.”

More on this: Earlier this week, Prime Minister Justin Trudeau warned Canadians to stay home even for the Thanksgiving holiday next week, saying if Canada can once again flatten the curve that the country can "turn things around for Christmas."

“We are going in the wrong direction now, which is why it is so important for Canadians to do what is necessary, to wear a mask, to keep your distance, to understand that each of us has the power to end this by the choices we make,” said Trudeau during a news conference Monday.

The pandemic is upending more than two decades of progress on reducing extreme poverty around the globe -- and estimates of how many people will be affected continue to escalate.

An additional 88 to 115 million people could be pushed into extreme poverty, defined as living on less than $1.90 a day, in 2020 because of the pandemic and resulting economic recession, according to a report from the World Bank released Wednesday.

That estimate is up sharply from the bank's May report, when it projected that an additional 60 million people would likely be pushed into extreme poverty in 2020.

And the total number of people added to the world's extreme poor as a result of the pandemic could grow to 150 million by next year.

The report underscores economists' growing concern about the scale of the crisis and countries' ability to recover quickly, and it comes at a time when many areas of the world are bracing for a possible second wave of Covid-19 coinciding with flu season. Its results indicate that the goal of ending world poverty by 2030 could now be out of reach "without swift, significant and substantial policy action," the World Bank said.

"Global extreme poverty is expected to rise in 2020 for the first time in over 20 years as the disruption of the Covid-19 pandemic compounds the forces of conflict and climate change, which were already slowing poverty reduction progress," the report added. 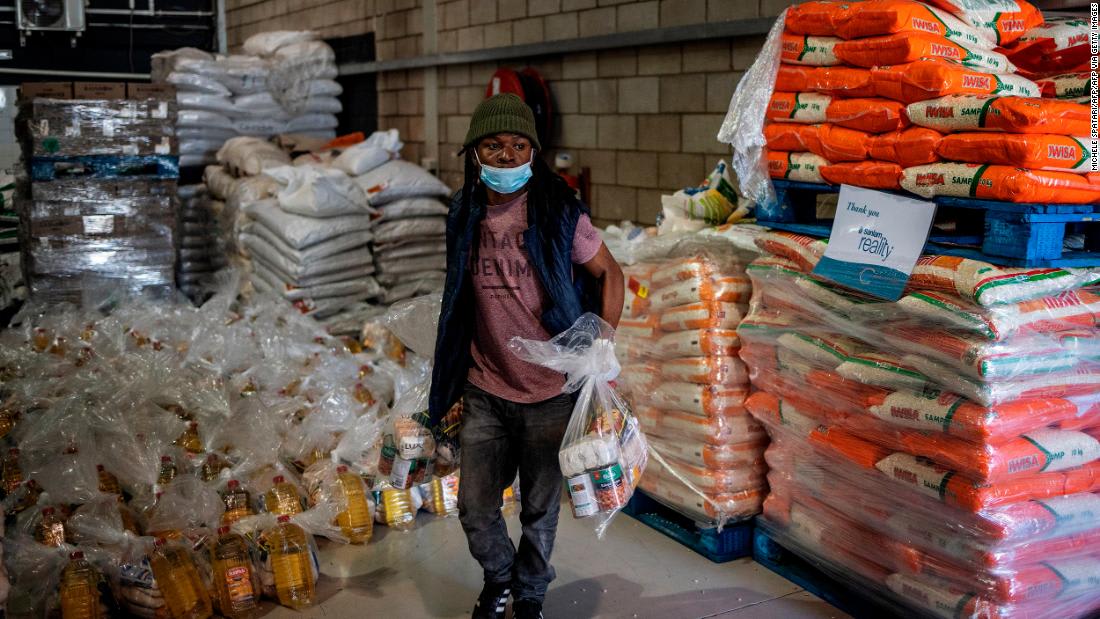 You may not get to enjoy any "Lambeau Leap" touchdown celebrations in person this season.

The Green Bay Packers announced Tuesday that they are putting an "indefinite hold" on having fans at Lambeau Field this season due to the "concerning increase of COVID-19 cases and hospitalizations" around Green Bay and across Wisconsin.

That will put an end to zone celebrations in which Packers players leap into throngs of fans.

Wisconsin recently reported its highest daily case count, highest death toll and record-high hospitalizations. The state has a 19.98% 7-day positivity rate, which is currently the third-highest in the nation behind only South Dakota and Idaho.

In a statement, the Packers said that the area would need to see a "marked improvement" in hospitalization rates, community infection rates and positivity rates for them to have fans at upcoming games.

"We are very concerned with the rate of infection in our area," President/CEO Mark Murphy said in the release.
"We are trending in the wrong direction in terms of hospitalization and positive cases, and based on recommendations from community healthcare and public health officials, hosting fans at the stadium for games is not advisable at this time." 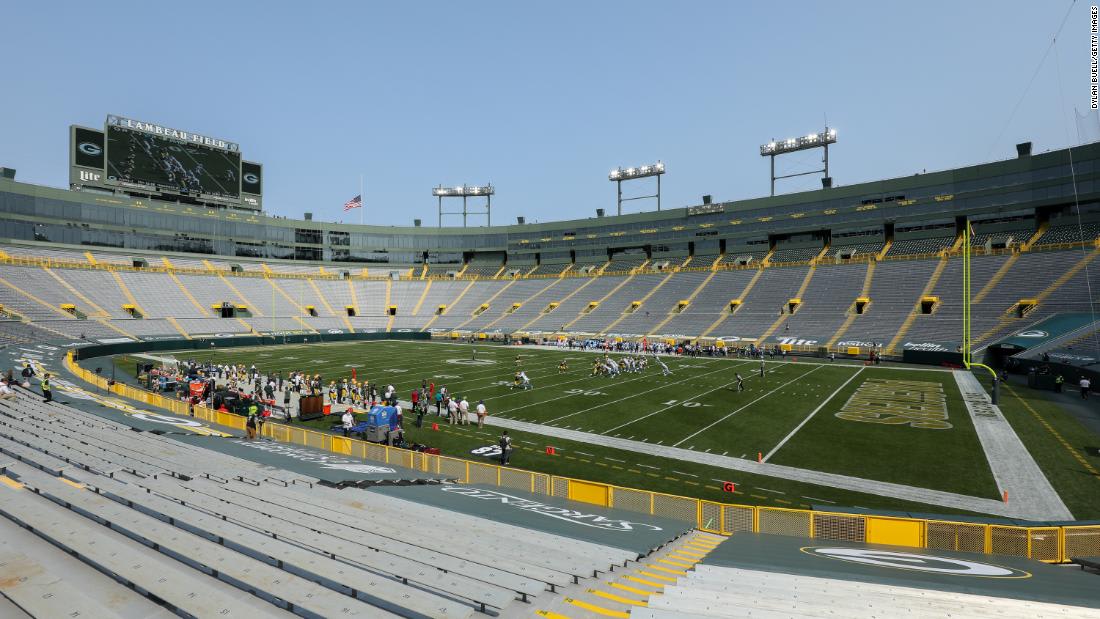 According to data from Italy’s Health Ministry, there have now been at least 333,940 cases since the outbreak began.

The last time there was a larger daily increase than Wednesday was on April 16, when 3,786 cases were reported. However, authorities are now processing twice as many coronavirus tests.