The wealth of the world's billionaires reached a new record high in the middle of the pandemic as a rebound in tech stocks boosted the fortunes of the global elite.

Billionaire wealth increased to $10.2 trillion at the end of July, up from a previous peak of $8.9 trillion in 2017, according to a report from Swiss bank UBS and PwC. The total number of billionaires has increased by 31 to 2,189 since 2017.

Some billionaires are getting richer much faster than others, however. The pandemic has accelerated a growing divergence in wealth between innovators in technology, healthcare and industry, and entrepreneurs in areas such as entertainment, financial services and real estate, the report said.

That contrasts with most of the past decade "when steady growth and buoyant asset prices lifted billionaire wealth in all sectors," it added. Now, billionaires "on the wrong side" of technological and social trends are becoming relatively less wealthy.

The report comes amid rising concerns that the pandemic is only going to deepen economic inequalities, including in areas such as income, education and healthcare. 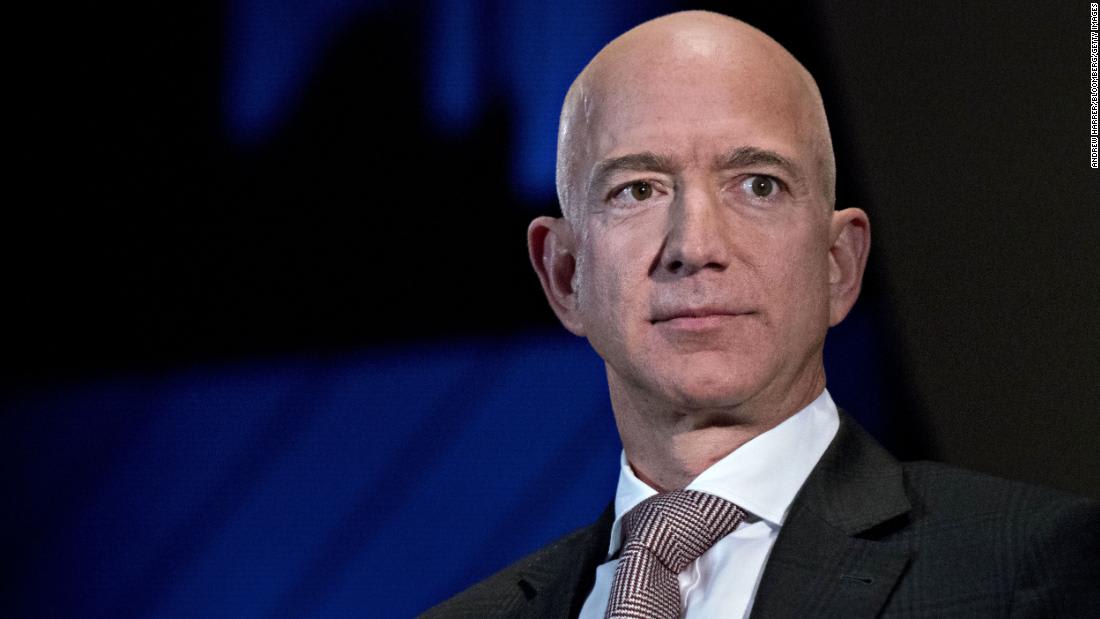 President Donald Trump keeps downplaying the coronavirus even after it killed more than 1 million people around the world and left him hospitalized for three days. He has now claimed Covid-19 is "in most populations far less lethal!!!" than the flu. That's not true. Here are the facts.

In just eight months, Covid-19 has killed more Americans than the flu did during the last five flu seasons combined.

On top of that, the coronavirus can be spread for many days without symptoms. The incubation period for the flu is much shorter, meaning people are likely to start feeling sick earlier and avoid contact with others.

There’s also a vaccine available for the flu and experts say the number of flu deaths could be drastically reduced if more people got flu shots.

Even Facebook has pushed back against the claim by removing a post from Trump about the flu, but it’s unlikely that will have any effect on the President’s approach. His advice to not let the coronavirus "dominate your life" has left loved ones of Covid-19 victims furious. The post was hidden by Twitter for violating its rules about "spreading misleading and potentially harmful information related to COVID-19."

"It not only has dominated the lives of the people we've lost. It's dominated the families of those people. It’s dominated, and it still does, the hospital, the health heroes that were working every day to save my husband, the doctors, and nurses ... it's insulting," Amanda Kloots, wife of Broadway star Nick Cordero, told CNN. Cordero fought the virus for 95 days and died. Cordero and Kloots have a 1-year-old son together.

The city of Frankfurt, Germany has introduced a slew of new social distancing measures and public health restrictions, including an alcohol ban and a curfew, to contain a surge in new coronavirus cases.

Alcohol will no longer be consumed in public spaces, and a curfew will be enforced from 10 p.m. until 6 a.m.

Gatherings in public and rented spaces will be limited to 25 people, and only 10 will be allowed to meet in private.

Masks will be mandatory in malls, major shopping streets and at religious ceremonies. Authorities are also considering making them mandatory in upper schools after the autumn holiday.

The fight against corona is a long-distance run. So far, Frankfurt has come through the crisis well. But nothing has been won yet, as rising numbers show," Frankfurt's Mayor Peter Feldmann said in a statement. "We have to react now, otherwise we will gamble away our previous successes."

The vaccine, developed by the Moscow-based Gamaleya Institute, was approved by Russia in August before it underwent late-stage trials, raising concerns about its safety and efficacy.

In an interview with state-run news agency RIA Novosti, Assad said he would discuss a deal with Russian authorities so the vaccine could be sold to the Syrian market. Russia's sovereign wealth fund (RDIF), which has funded the vaccine production, has already announced deals with Mexico, India and Brazil.

Asked if he would personally get vaccinated, Assad said: "Of course in these circumstances, anyone would love to be vaccinated against this dangerous virus."

The pandemic has reached crisis levels in government-controlled parts of Syria, where health workers and facilities have been overwhelmed by a surge of cases in recent weeks. Ill-equipped hospitals are overflowing with Covid-19 patients who are waiting for others to die so they can be put on ventilators that could save their lives, medics there say.

In September, CNN spoke to three doctors in Damascus and Aleppo on the condition of anonymity, for fear of retribution from a government that tightly controls information.

"Patients are literally waiting for other patients to die so they can be on a ventilator with people using contacts to pressure hospitals to move their loved ones up on the ventilator waiting list," an Aleppo doctor using the name Ihsan told CNN last month.

CNN contacted the Syrian ministry of health with a list of questions about the ongoing Covid-19 crisis in the country at the time the report was published, but did not receive a response.

Covid-19 patients now fill 40% of all intensive care unit beds in the Paris region, which is struggling to contain a widening outbreak of the virus, according to a spokesperson for the city's health authority. That's a 10% jump in 10 days.

There are currently 2,393 people being treated for the coronavirus in Paris hospitals, 449 of whom are in intensive care -- approximately double the numbers from two weeks ago.

If hospital admissions continue at that pace, about 1,000 patients could be in intensive care by the end of October, according to calculations from the Paris public hospital group (AP-HP) and published by the Paris region health authority.

As of Tuesday night, there were 1,426 patients being treated in intensive care across France. That compares with only 420 patients a month ago.

Some US state leaders have sprung into action to help curb the spread of Covid-19 as half of the states in the country report an uptick in new cases.

Wisconsin: The state issued an emergency order Tuesday limiting public gatherings to no more than 25% of a room or building's total occupancy, the governor's office said.

"We're in a crisis right now and need to immediately change our behavior to save lives," Gov. Tony Evers said in a statement.

Kentucky: Gov. Andy Beshear says the state is seeing the third major escalation of Covid-19 cases, and authorities there have been instructed to step up mask enforcement.

"I have seen some things floating around about how we can't enforce this because it's an executive order," the governor said. "They have the force of law (under) Kentucky statute."

New York: Officials have reported several clusters of Covid-19 cases and the governor laid out a new plan this week on how the affected communities will move forward.

Areas where clusters are occurring will have to close schools and essential businesses except for take-out dining, limit gatherings at houses of worship to 25% with a maximum of 10 people and prohibit mass gatherings, the governor said.

The announcements are the first sign of tightening restrictions across the country as the US approaches a season experts have warned will be challenging -- and deadly.

The scene at the Great Wall of China this past week would have been unthinkable just months ago.

Photos of the tourist attraction in Beijing last weekend show massive crowds crammed along the winding wall, pressed together in close quarters and squeezing past each other through narrow doorways. Most are wearing face masks -- but a number of people, including young children, pulled their masks down to their chin, and a few seem to have foregone masks entirely.

It's Golden Week -- an eight-day national holiday, one of China's busiest annual travel periods, and a major test for the country as it emerges from the coronavirus pandemic.

China's official reported virus numbers have stayed low since the spring. There have been a few flare-ups, including a cluster in Beijing in June, but these were met with immediate lockdown measures and mass testing, and the outbreaks were contained within a few weeks.

With close to zero local transmissions, people flocked to bus stations, airports and transit hubs to travel around the country for the holiday, which kicked off on October 1. Local authorities competed to attract tourists, with provincial and municipal governments issuing travel vouchers and tourist attractions offering free or discounted tickets.

The Great Wall has geared up for the rush of tourists as well. The most popular section of the wall -- the Badaling section -- reopened at the end of March, albeit with new restrictions like requiring visitors to reserve tickets in advance. 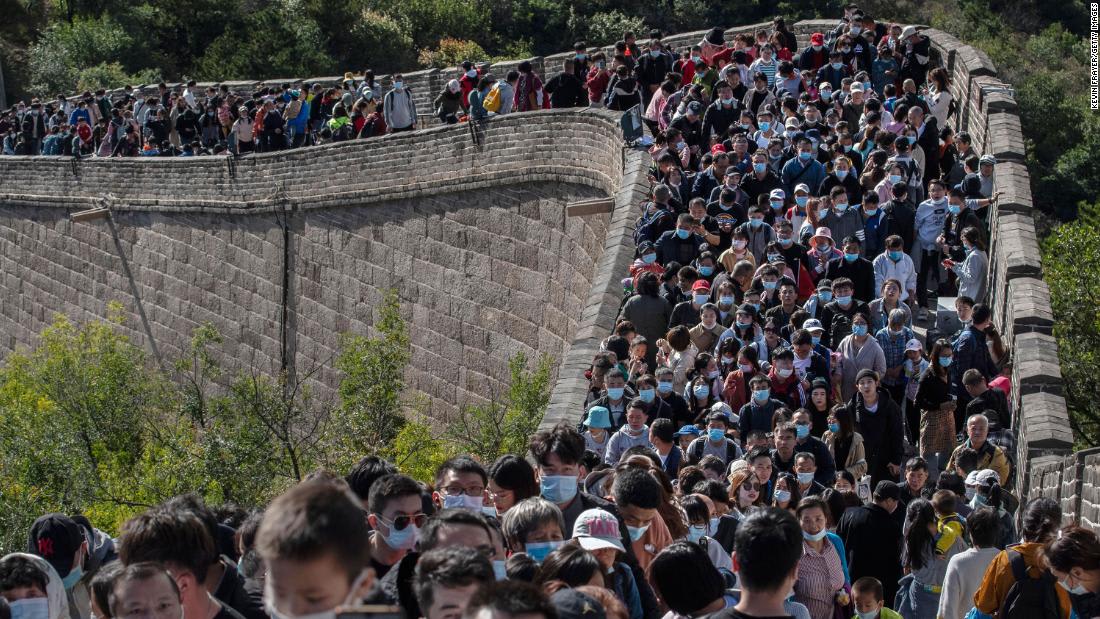 What pandemic? Crowds swarm the Great Wall of China as travel surges during holiday week

Remember sitting down at a restaurant and unwrapping silver utensils folded elegantly in a white cloth napkin? Yeah, me neither.

Since March 22 when the stay-at-home order all but shut down New York City and state -- following similar orders in Washington state and California -- restaurants and bars were shut down and later open only for takeout or delivery.

New York City without restaurants is -- or was -- unfathomable. When I moved here from California, the main reason outside of career ambitions was the food.

The best restaurants in the country are here, the best chefs, the most international cuisines.

I would eat like a queen at Pasha, an old favorite Turkish restaurant on the Upper West Side of Manhattan. I would hop on the F train from Brooklyn through Manhattan to Queens for delicious Indian curries at Jackson Diner.

I'd head up to Arthur Avenue in the Bronx and shop at Italian markets and stuff myself on cannoli from Marrone and celebrate at bacchanalian Italian feasts at Puglia, an century-old establishment in Little Italy where resident crooner, Jorge Buccio, would lead cheerful diners in "The Napkin Song."

Then there's all the fine dining: Le Bernardin remains my No. 1 favorite New York City restaurant and securing reservations there for myself, friends and colleagues brought such a sense of victory, I can barely describe it. Think of it as winning a gold medal, but you know, with an email confirmation from Resy.

So here we are, one week after restaurants in New York City reopened at 25% capacity. I've been eating outdoors since July -- not often -- but enough to keep my restaurant-related madness in check. But now it was time to go back to some semblance of reality. 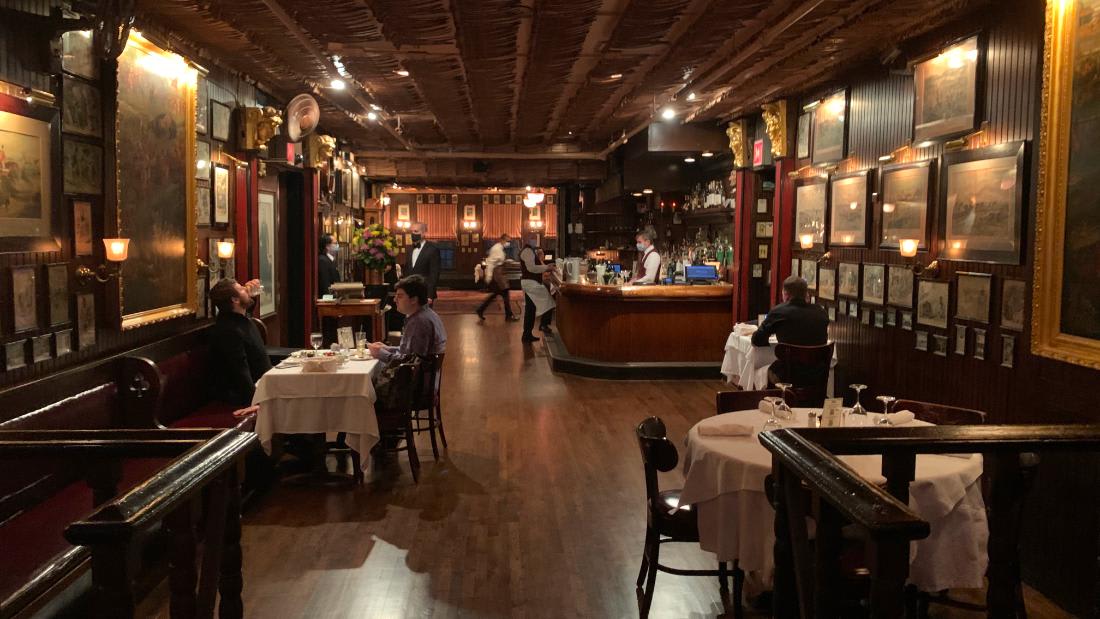 More than 35 million people around the world have tested positive for the novel coronavirus that causes Covid-19, according to data compiled by Johns Hopkins University.

Some people are back to normal health within weeks. But for others, issues persist for months or cause damage that might lead to other health issues in the future.

Here's what we know now about recovering from Covid-19: 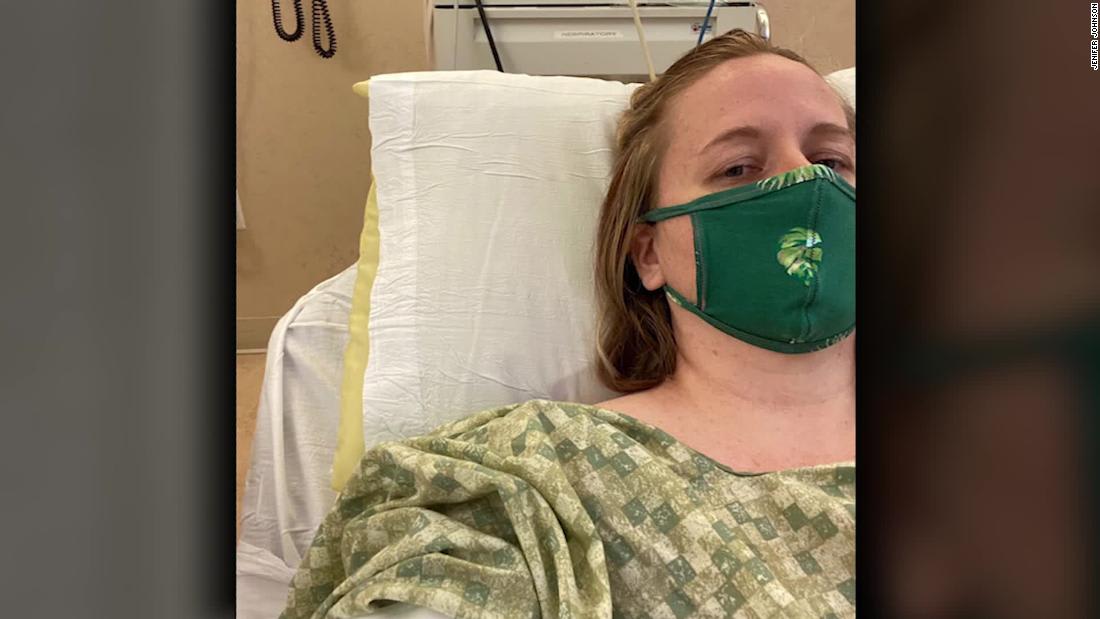