During his campaign's highest week of ad spending, Democratic presidential nominee Joe Biden tweeted out an ad Tuesday attacking President Donald Trump for comments he has made over the pandemic. Specifically, the ad suggests that Trump has called the virus a hoax.

The 25-second ad begins with a clip of Trump at a campaign rally on February 28 in South Carolina. The ad plays a quick clip of Trump saying "the coronavirus" then it cuts to him saying "and this is their new hoax." Text on the ad reads, "Trump in public: 'Hoax.'"

Facts First: This is a misleading attempt to suggest that Trump specifically called the coronavirus a hoax. While Trump's comments were a bit confusing, Biden's ad leaves out important context and dishonestly edits the two soundbites together.

Taken in totality, Trump's comments at the February 28 rally indicate that he is deriding Democrats for attacking his performance on the coronavirus. A full 56 seconds pass between the two clips the campaign ad edited together.

In this section of his rally speech, Trump began by saying that "the Democrats are politicizing the coronavirus," ridiculing Democrats for attacking his administration's performance addressing the virus. The President then compared this attack to the investigation into Russian meddling in the 2016 election, and calling his impeachment a "hoax." 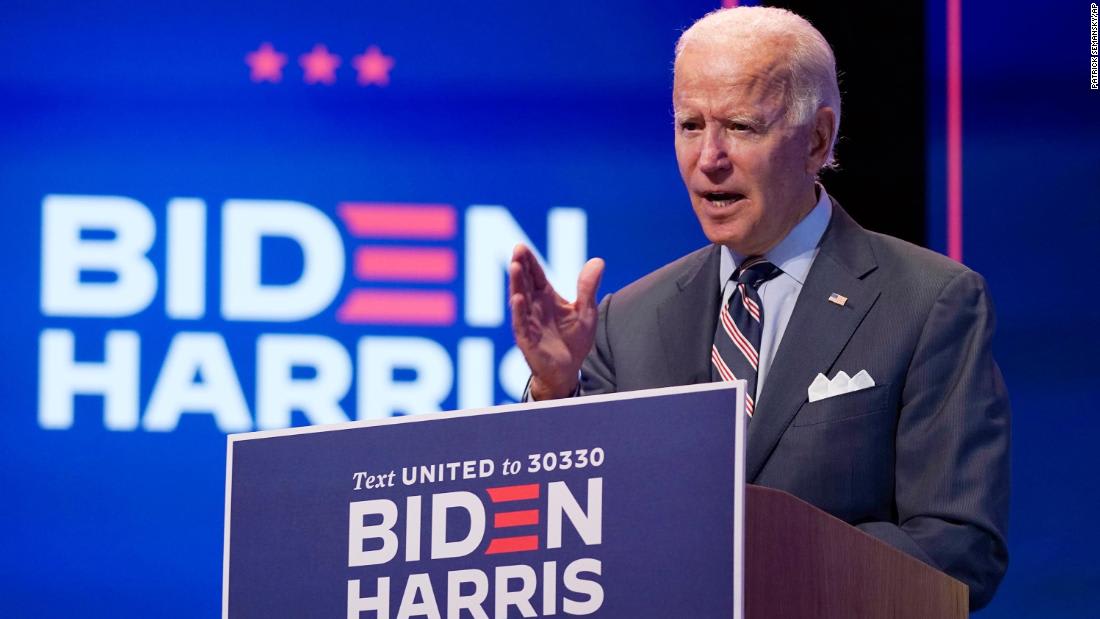 A fan who attended the Kansas City Chiefs' opening night game at Arrowhead Stadium on September 10 has tested positive for Covid-19.

The Kansas City Chiefs were one of the few teams in the NFL that allowed fans into its stadium in Week 1.

All fans and personnel are required to wear a mask or face covering while in the stadium, and the team said that the stadium's "COVID protocol plan limited potential exposure to a single seating zone within the stadium."

The team said that its contact tracing mechanisms allowed staff to identify the individual, the individual's party, any service staff that came into contact with the individual and any other ticket holders that may have been near this person while entering the stadium.

"I want to remind everyone that COVID-19 is anywhere and everywhere. While we're all tired of it, frustrated and even angry at how it has altered and stricken our lives and livelihoods, we must continue to think of those who have not and will not survive it," said Dr. Rex Archer, Kansas City health director. 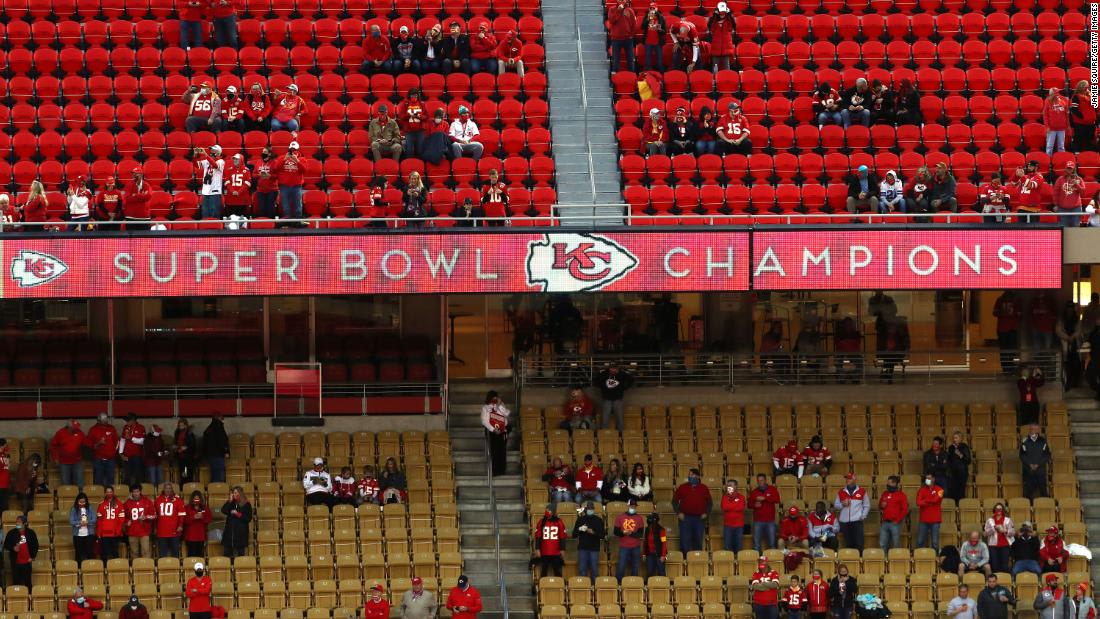 Seoul city on Friday announced plans to sue Sarang-jeil Church and its lead pastor Rev. Jun Kwang-hoon for damages relating to a coronavirus outbreak linked to the religious group in August.

In a news release, the city government said it will ask Jun and his church for 4.6 billion Korean won ($4 million) to make up for the cost of Covid-19 treatment, subsidy for self-isolation, and operating cost of treatment centers.

What happened: The Sarang-jeil Church attracted widespread backlash in August when it became the center of a coronavirus outbreak. At least 1,168 Covid-19 cases in South Korea have been linked to the church, according to the Korea Centers for Disease Control and Prevention.

CNN reached out to Jun's lawyer and the church for comment and has not heard back.

Providence College in Rhode Island is moving to remote learning for at least a week after more than 80 students tested positive for Covid-19 in the past two days, according to College President Reverend Kenneth Sicard.

Remote learning and the stay-at-home order are in effect at least through Saturday, September 26, he added.

“We recognize how serious and difficult these directives are, but this is our last chance to remain together in person for the fall semester. Between these actions and the serious steps we already have taken – especially in the past few days – we have used virtually every tool at our disposal,” Sicard wrote in an email to students.
“We are out of options. If we are not successful, we will have no alternative other than to shut down our campus for the remainder of the fall semester. This also will likely affect our ability to reopen for the spring semester.”

The US House of Representatives on Thursday passed a resolution condemning anti-Asian sentiment amid the coronavirus pandemic.

The final vote was 243-164, with 14 Republicans joining their Democratic colleagues.

Though the resolution is nonbinding, House Democrats said they hoped it would show support for the Asian community and send a message that such bigotry would not be tolerated.

"Since the beginning of the coronavirus pandemic, Asian Americans have been forced to endure demeaning and disgusting acts of bigotry and hate, consisting of everything from verbal assaults to physical attacks," Democratic Rep. Grace Meng of New York, who introduced the resolution, said in a statement after its passage.
"The House needed to take a strong and public stand against this appalling intolerance, discrimination, and violence that has taken place all across the country during this public health crisis, and today it did just that," she added.

The resolution calls on "all public officials to condemn and denounce any and all anti-Asian sentiment in any form" and says that "use of anti-Asian terminology and rhetoric related to COVID-19, such as the 'Chinese Virus', 'Wuhan Virus', and 'Kung-flu' have perpetuated anti-Asian stigma."

While the resolution doesn't name any individuals, Democrats called out the White House during the House debate Thursday and alluded to President Donald Trump's and their Republican colleagues' use of the terms.

Trump, some GOP lawmakers and administration officials have continued using terms like "the Chinese virus" or "the Wuhan virus," even after the World Health Organization and the US Centers for Disease Control and Prevention provided the official terminology for the virus in February. WHO has advised not to use geographic locations in naming diseases because it creates a stigma. 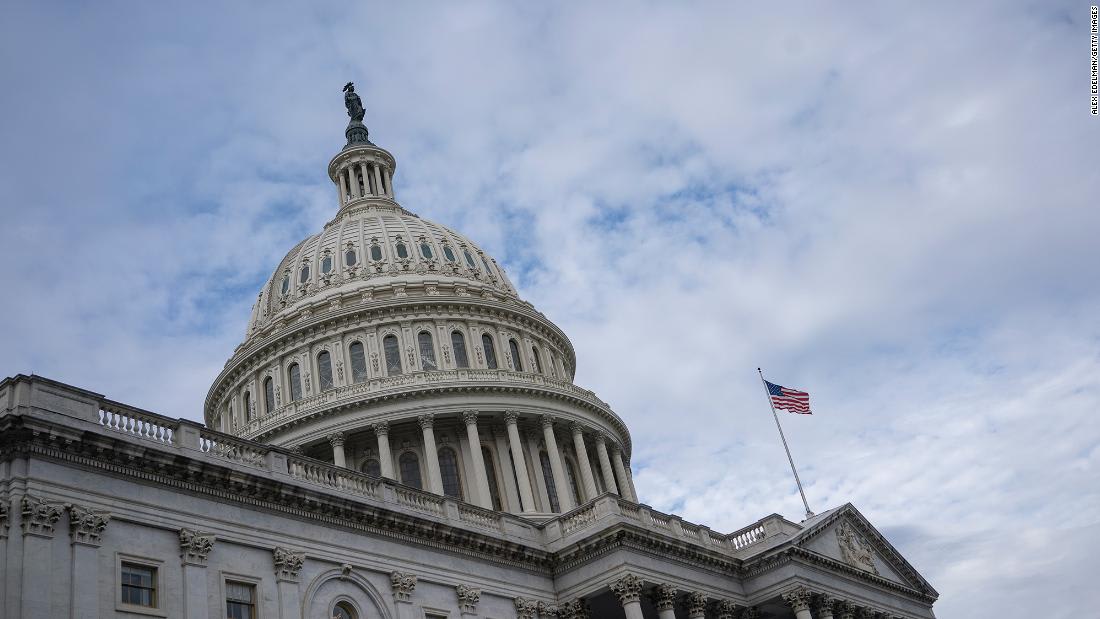 The bleak milestone comes nine months after initial cases were first detected in the Chinese city of Wuhan in mid-December, before continuing to spread across the globe.

Grim distinction: The United States has recorded the most Covid-19 infections and deaths worldwide. There are at least 6,674,411 cases and 197,633 deaths from the disease in the country, according to the university's count.

The US, India and Brazil together account for more than 50% of the world's coronavirus cases, the university's figures show.

There's been a lot of news lately about a possible coronavirus vaccine, as researchers around the world continue their work.

If you're just reading in now, here's what we know about the race for a potential vaccine:

An ensemble forecast published Thursday by the US Centers for Disease Control and Prevention now projects there will be 207,000 to 218,000 coronavirus deaths in the United States by Oct. 10.

Unlike some individual models, the CDC’s ensemble forecast only offers projections a few weeks into the future. The previous ensemble forecast, published Sept. 10, projected up to 217,000 coronavirus deaths by Oct. 3.

At least 197,615 people have already died from Covid-19 in the United States, according to data compiled by Johns Hopkins University.

CNN is tracking US coronavirus cases and deaths: