For the first time in five months, subway trains are slowly beginning to come back into service in India.

All public transport, including suburban trains, was suspended when the country announced a nationwide lockdown on March 24, amid a growing coronavirus epidemic.

The trains resumed operations as infections surged to a fresh daily high of 90,802 new cases Monday that saw India surpass Brazil as the country with the second-highest number of total cases, after the United States.

Despite the rising number of infections, the government announced on August 29 that subway trains would resume in cities from September 7 in a "graded manner".

Maharashtra, including the financial capital of Mumbai, will continue to suspend metro services until October, according to a statement from the Ministry of Housing and Urban affairs.

Only asymptomatic passengers will be allowed to travel in the metros, while wearing of face masks will be mandatory and cashless transactions encouraged to help contain the spread of coronavirus, according to guidelines issued by the ministry.

The United States recorded 31,395 new cases of the novel coronavirus on Sunday, bringing the nationwide total to at least 6,276,365 infections, according to Johns Hopkins University.

The death toll rose to at least 188,941 after 403 new virus-related fatalities were also recorded Sunday.

CNN’s is tracking US cases here:

India has surpassed Brazil as the country with the second-highest number of confirmed Covid-19 cases after reporting a fresh daily high of 90,802 new infections on Monday.

India's total number of cases now stands at 4,204,613, according to the Indian Ministry of Health and Family Welfare. In comparison, Brazil has confirmed 4,137,521 cases, according to Johns Hopkins University.

India is the world's second most populous nation, home to more than 1.3 billion people -- more than six times the population of Brazil.

The United States remains the country with the highest number of recorded cases. As of Sunday night, the US had reported 6,275,643 cases, according to JHU.

India's death rate of five virus-related fatalities per 100,000 people is lower than more than 80 countries and territories, according to JHU data.

Reopening: The rapid rise in infections in India comes after the government announced a new phase of reopening last week. Subway trains will be allowed to run for the first time in months from September 7 while gatherings of up to 100 people will be permitted at sports, entertainment, cultural and religious events outside of hotspot areas from September 21.

Schools and colleges will remain closed until the end of September.

"My heartbeats are heavy. It becomes difficult to catch my breath. My hands shake and get sweaty," said Aritri Paul of the terrifying panic attacks that strike more frequently since India went into coronavirus lockdown in March.

India's government started easing the most severe restrictions on daily life in June, but the effects of the lockdown on residents' mental health are still emerging, as the country battles one of the most severe Covid-19 outbreaks in the world.

India now has over 4.1 million cases of the virus, giving it the third-highest tally of recorded cases globally, behind the Unites States and Brazil.

"The worst are the headaches and the pain in my eyes," said Paul, who lives in Kolkata, West Bengal. "I have had more panic attacks this year than in my entire life combined."

Research conducted by the Suicide Prevention in India Foundation (SPIF) in May found that nearly 65% of 159 mental health professionals surveyed reported an increase in self-harm among their patients. More than 85% of therapists surveyed said they were experiencing caregiver fatigue, and over 75% said fatigue had impacted their work.

Another survey in April, by the Indian Psychiatric Society, showed that, of 1,685 participants, 40% were suffering from common mental health disorders, such as anxiety and depression, due to the pandemic. 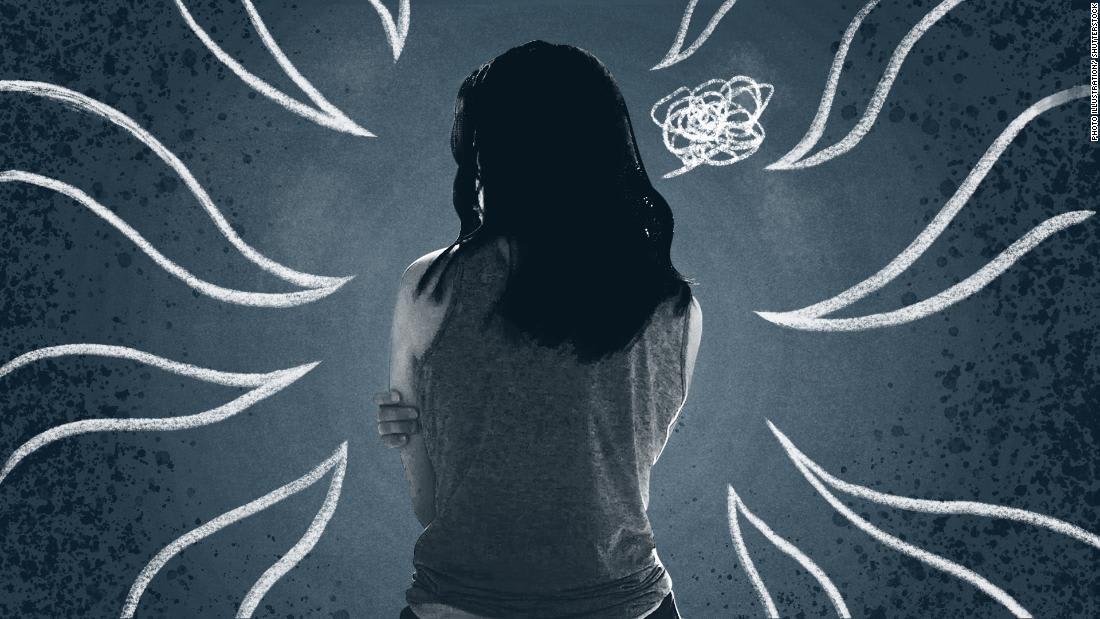 Northeastern University has dismissed 11 students after they were found violating the school's public health protocols, the school said in a statement.

The students were part of the N.U.in Program, a study abroad experience for first-year students, the university said. The program was modified because of the coronavirus pandemic, and over 800 students are staying in two-person rooms at a Westin Hotel less than one mile from the school's main campus in Boston, Massachusetts.

The 11 students were found together in a room at the Westin on Wednesday night, the school said. The students and their parents were told Friday they must vacate the hotel within 24 hours and that they are required to undergo Covid-19 testing at Northeastern.

"Northeastern and its community of students, faculty, and staff take violations of health and safety protocols very seriously," said Madeleine Estabrook, senior vice chancellor for student affairs at Northeastern. "Cooperation and compliance with public health guidelines is absolutely essential ... Testing negative for COVID-19 is not enough." 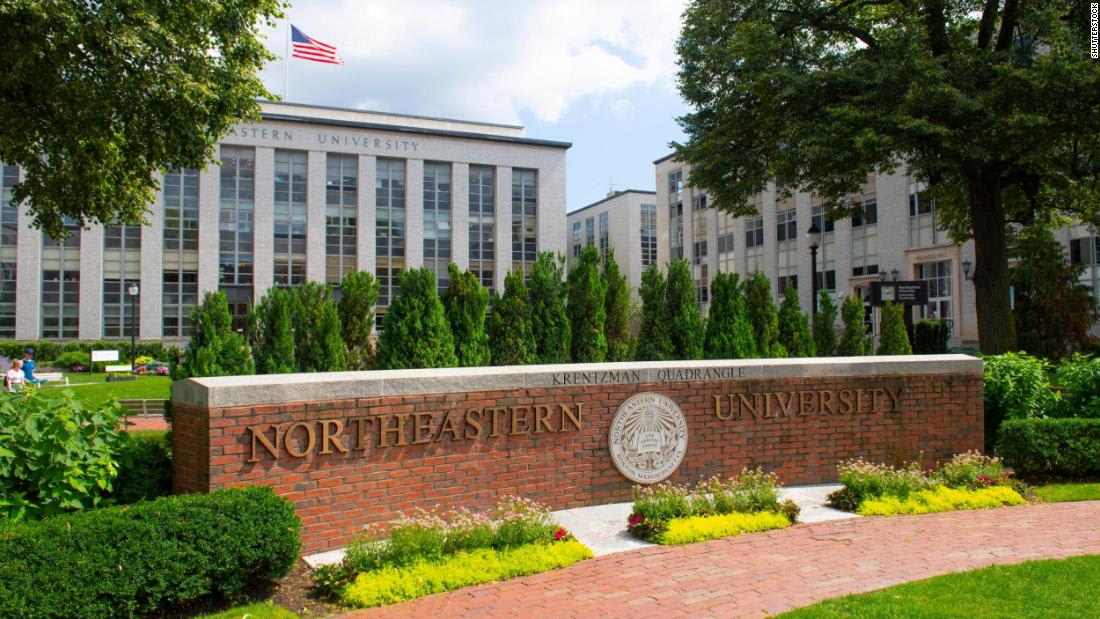 The state of New York has maintained a positive Covid-19 infection rate below 1% for 30 straight days, a release from Gov. Andrew Cuomo’s office said.

The state had a positive infection rate of 0.85% reported Saturday, the release said.

Hospitalizations across the state have dropped to 410, which is the lowest number since March 16, according to the release.

"We know based on experience that an incremental, data-driven reopening is the best way to protect the health and safety of all New Yorkers. As this virus continues to be a national crisis, it's clear that caution is a virtue, not a vice," Cuomo said.

The governor added: "Our infection rate has been below 1% for 30 days, and New Yorkers can help us keep that streak going by wearing masks, socially distancing, and washing their hands. Our actions today determine the rate of infection tomorrow, so as the Labor Day weekend continues, I urge everyone to be smart so we don't see a spike in the weeks ahead."

With a US death toll of more than 188,000, Democratic vice presidential nominee Kamala Harris attacked the Trump administration for "minimizing the seriousness" of the coronavirus outbreak and failing to do enough for millions of American struggling to make ends meet.

"There is no question that Donald Trump has been an abject failure and incompetent when it comes to addressing the severe job loss that has happened as a result of the pandemic, because he has failed to address the pandemic itself," Harris told CNN's Dana Bash in an exclusive "State of the Union" interview on Sunday. "We need to talk about how the economy is doing based on how working people are doing. And right now, working people are suffering."

The unemployment rate in the United States stands at 8.4%, the Bureau of Labor Statistics reported Friday. That's down from a high of 14.7% in April, but still far from the pre-pandemic unemployment rate of 3.5% in February.

Harris continued to say she would not trust Trump's word alone on the safety and efficacy of a coronavirus vaccine, but said she "would trust the word of public health experts and scientists," including Dr. Anthony Fauci, the director of the National Institute of Allergy and Infectious Diseases.

"Joe Biden and I have a plan," Harris said on vaccine distribution. "Donald Trump does not."

Trump said Friday he believed a coronavirus vaccine could "probably" come sometime in the month of October, though experts agree it is more likely to come later.

Asked whether she believes states should mandate a vaccine for public school students along with other vaccinations, Harris said she would listen to public health experts.

Harris also declined to back a mask mandate on a federal level, instead calling for a "national standard." "This is not about punishment. It's not about big brother," Harris said.

"We have a President of the United States who made this a partisan issue," she continued. "The virus could care less who you voted for in the last election or who you plan to vote for in the next election. We need leadership that appreciates that, on certain issues, they should not be partisan. Wearing a mask certainly shouldn't be one of them." 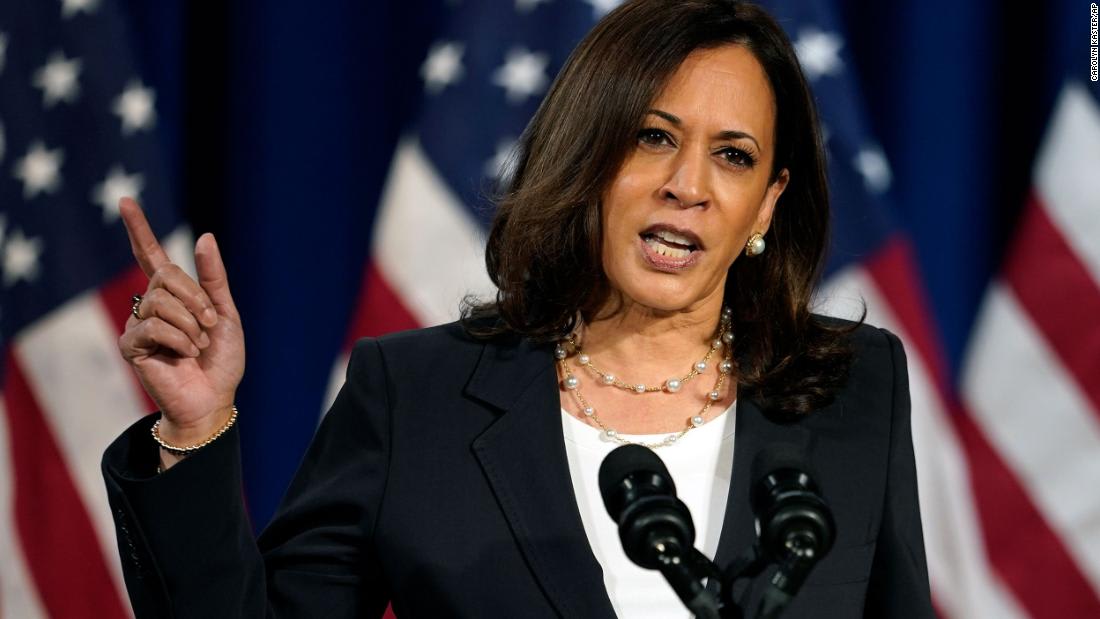 Kamala Harris: 'We do have two systems of justice in America'

The United Kingdom has recorded 2,988 new Covid-19 cases in a 24-hour period -- the highest daily number since May, according to government figures published on Sunday.

In response to the new figures, Scotland's First Minister Nicola Sturgeon tweeted: "Cases rising across the UK - 2988 being reported today compared to 1813 yesterday. This reminds us again of the need to be very vigilant and comply with all the facts."

Comparisons should be made with caution because the number of tests being processed has increased since May.