At least 15 partygoers who were arrested for attending an unauthorized party in Lima, which ended in a deadly stampede, have tested positive for coronavirus, Peru's Health Ministry said Sunday.

The country's Minister of Interior Jorge Montoya said police had arrested the owners of the club where 13 people were killed on Saturday, Peru’s official news agency Agencia Andina reported.

Three others were injured in the stampede, when partygoers attempted to escape a police raid on the venue, according to Orlando Velasco Mujica, general of the Peruvian National Police.

Police were called to the Thomas Restobar in the Los Olivos district of Lima on Saturday evening to shut down an illegal party that more than 120 people were attending.

Social distancing measures are mandated in Peru, large social gatherings are banned and there is a nationwide 10 p.m. curfew in an effort to slow the spread of the coronavirus.

The total number of cases reported in Victoria is now 18,330, Andrews said.

The state has been under a tight lockdown, including an 8 p.m. curfew, since a new outbreak in July which quickly spread to thousands of people.

Andrews said that 15 new coronavirus deaths were reported on Sunday, raising the state-wide death toll to 430. All the new deaths were linked to outbreaks in aged-care facilities.

The Premier said 629 Victorians remain in hospital, of which 31 are receiving intensive care.

Mexico’s President Andres Manuel Lopez Obrador said the pandemic “is losing steam” in a YouTube video Sunday, adding that there are now enough hospital beds for the sick.

"When the pandemic began, that was our main concern. Now we have Covid-19 hospitals, we only have 37% of beds occupied in general hospitalization," Lopez Obrador said.

Mexico has reported the third-highest number of coronavirus cases in Latin America, behind Brazil and Peru.

New Zealand recorded eight new coronavirus cases in the past 24 hours, seven of which were locally transmitted, the country's top health official announced on Monday.

The total number of confirmed cases in New Zealand now stands at 1,332. No new deaths were recorded in the past 24 hours, leaving the countrywide death toll at 22.

All seven of the new local cases were linked to the existing cluster in Auckland, New Zealand’s Director General of Health Dr. Ashley Bloomfield said at a news conference. He added that one imported case was also reported.

Bloomfield said 4,589 coronavirus tests were conducted on Sunday, bringing the total number of tests administered across the country to 697,070. Nearly 100,000 tests have been conducted in the past week, according to Bloomfield.

Lockdown decision: The new cases come as New Zealand’s Prime Minister Jacinda Ardern is set to make a decision later today on whether to extend coronavirus restrictions in the country, after they were reimposed on August 14 following the new outbreak.

The FDA said more than 70,000 patients had been treated with convalescent plasma, made using the blood of people who have recovered from coronavirus infections.

"Today I am pleased to make a truly historic announcement in our battle against the China virus that will save countless lives," President Donald Trump said at a White House briefing. "Today's action will dramatically increase access to this treatment."

Last week, Trump accused some health officials of playing politics regarding an EUA for convalescent plasma. When asked about the FDA not having granted an EUA, Trump said the reason was political.

On Sunday, a source who is close to the White House coronavirus task force told CNN the FDA had reviewed additional data to inform its impending EUA decision. This official has not personally reviewed the data. They added the FDA is under no obligation to consult anyone outside the agency about its decision.

Convalescent plasma is taken from the blood of people who have recovered from Covid-19. At the end of March, the FDA set up a pathway for scientists to try convalescent plasma with patients and study its impact. It has already been used to treat more than 60,000 Covid-19 patients. 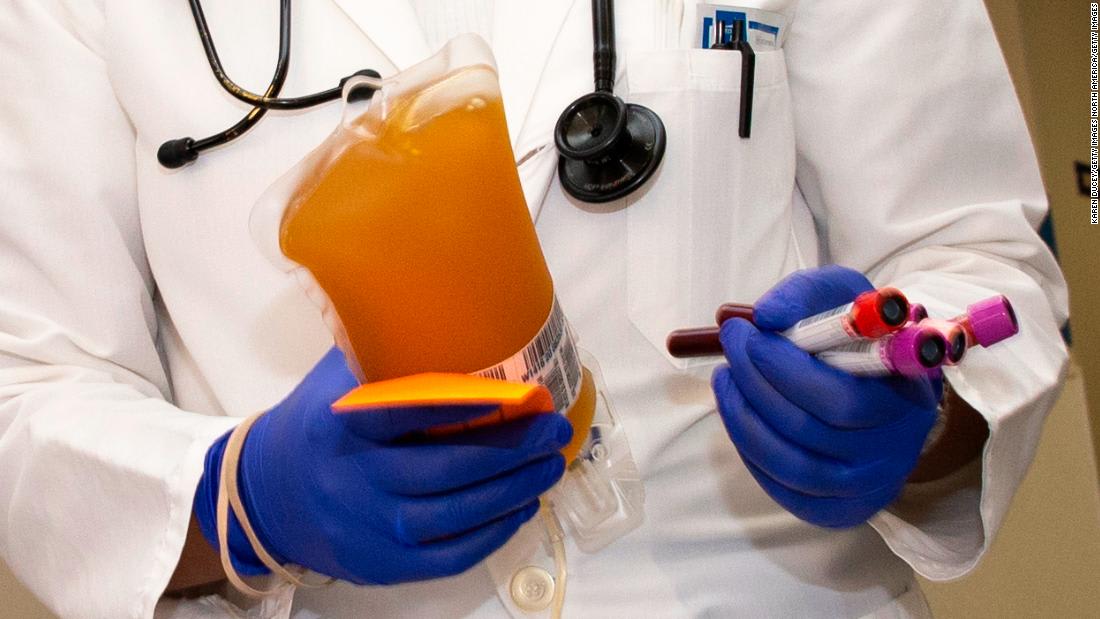 Peru’s Health Ministry reported 3,706 new coronavirus infections on Sunday, bringing the total number of cases confirmed in the country to 594,326.

On Saturday, at least 13 people were killed in a stampede at a nightclub in Lima, as partygoers attempted to escape a police raid on the venue. Police were called to shut down an illegal party with more than 120 people in attendance.

Social distancing measures are mandated in Peru, large social gatherings are banned and there is a nationwide 10 p.m. curfew to slow the spread of the virus.

Brazil’s Health Ministry has reported 23,421 new Covid-19 cases over the past 24 hours, bringing the total number of cases in the country to 3.6 million.

Brazil is second only to the United States in the highest total number of coronavirus cases and deaths worldwide.