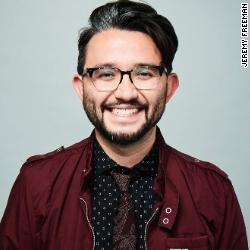 5 Posts
PHOTO: Luka Gonzales/AFP/Getty Images
A police investigator stands at the site, on August 23, where 13 people were killed during a raid on a nightclub in Lima on August 22.

At least 15 partygoers who were arrested for attending an unauthorized party in Lima, which ended in a deadly stampede, have tested positive for coronavirus, Peru’s Health Ministry said Sunday.

The country’s Minister of Interior Jorge Montoya said police had arrested the owners of the club where 13 people were killed on Saturday, Peru’s official news agency Agencia Andina reported.

Three others were injured in the stampede, when partygoers attempted to escape a police raid on the venue, according to Orlando Velasco Mujica, general of the Peruvian National Police.

Police were called to the Thomas Restobar in the Los Olivos district of Lima on Saturday evening to shut down an illegal party that more than 120 people were attending.

Social distancing measures are mandated in Peru, large social gatherings are banned and there is a nationwide 10 p.m. curfew in an effort to slow the spread of the coronavirus.

The total number of cases reported in Victoria is now 18,330, Andrews said.

The state has been under a tight lockdown, including an 8 p.m. curfew, since a new outbreak in July which quickly spread to thousands of people.

Andrews said that 15 new coronavirus deaths were reported on Sunday, raising the state-wide death toll to 430. All the new deaths were linked to outbreaks in aged-care facilities.

The Premier said 629 Victorians remain in hospital, of which 31 are receiving intensive care.

Mexico’s President Andres Manuel Lopez Obrador said the pandemic “is losing steam” in a YouTube video Sunday, adding that there are now enough hospital beds for the sick.

“When the pandemic began, that was our main concern. Now we have Covid-19 hospitals, we only have 37% of beds occupied in general hospitalization,” Lopez Obrador said.

Mexico has reported the third-highest number of coronavirus cases in Latin America, behind Brazil and Peru.

New Zealand recorded eight new coronavirus cases in the past 24 hours, seven of which were locally transmitted, the country’s top health official announced on Monday.

The total number of confirmed cases in New Zealand now stands at 1,332. No new deaths were recorded in the past 24 hours, leaving the countrywide death toll at 22.

All seven of the new local cases were linked to the existing cluster in Auckland, New Zealand’s Director General of Health Dr. Ashley Bloomfield said at a news conference. He added that one imported case was also reported.

Bloomfield said 4,589 coronavirus tests were conducted on Sunday, bringing the total number of tests administered across the country to 697,070. Nearly 100,000 tests have been conducted in the past week, according to Bloomfield.

Lockdown decision: The new cases come as New Zealand’s Prime Minister Jacinda Ardern is set to make a decision later today on whether to extend coronavirus restrictions in the country, after they were reimposed on August 14 following the new outbreak.

PHOTO: Pete Marovich/Getty Images
US President Donald Trump and Health and Human Services Secretary, Alex Azar look on as FDA Commissioner Stephen Hahn addresses the media during a press conference in James S. Brady Briefing Room at the White House on on August 23, in Washington, DC.

US Food and Drug Administration commissioner Dr. Stephen Hahn said that his organization makes decisions “on data only,” denying he was pressured by the White House to issue an emergency use authorization (EUA) for convalescent plasma.

The FDA issued an EUA for blood plasma taken from coronavirus survivors as a treatment for Covid-19 infections late Sunday, just before a White House briefing where US President Donald Trump called the decision “historic.”

Several medical experts told CNN Sunday that the EUA decision seemed to have been made under pressure. Speaking at the briefing, Trump tacitly admitted he pressured the agency.

“I think there might have been a holdup, but we broke the logjam over the last week to be honest,” Trump said.

Trump said he believed there were officials at the FDA and in the Department of Health and Human Services “that can see things being held up and wouldn’t mind so much.”

Hahn denied the decision was made for anything other than legitimate medical reasons.

“I took an oath as a doctor 35 years ago to do no harm. I abide by that every day,” Hahn said in a statement to CNN’s Jim Acosta.
“I’ve never been asked to make any decision at the FDA based on politics. The decisions the scientists at the FDA are making are done on data only.”

Venezuela reported 607 new coronavirus cases on Sunday, bringing the total number of cases in the country to 39,564, according to Vice President Delcy Rodriguez.

The White House may have bullied the US Food and Drug Administration into giving emergency use authorization to using blood plasma from coronavirus survivors as a treatment for new patients, a prominent vaccine expert said Sunday.

I think what’s happening here is you’re seeing bullying, at least at the highest level of the FDA, and I’m sure that there are people at the FDA right now who are the workers there that are as upset about this as I am,” said Dr. Paul Offit, director of the Vaccine Education Center at Children’s Hospital of Philadelphia.

Moving things along quickly is fine, Offit told CNN’s Wolf Blitzer, but it’s the FDA’s job to hold products to a standard of safety and efficacy. Offit said he worries that the FDA, like other science-based agencies “get bullied to do what Donald Trump wants them to do, and I think it’s a dangerous game he plays.”

The potential side effects of convalescent plasma are not known, Offit said. While he said he thinks it is likely that it is generally a safe product, “until something has been shown clearly to work, we shouldn’t put it out there.”

It makes sense that administering a serum with high levels of neutralizing antibodies to a person who is mildly ill would help, but “the trick is proving that it makes a difference,” Offit said minutes after the White House announcement about the EUA.

The data so far have not proved that the plasma makes a difference, said Offit, which is why the FDA was “loath” to approve the treatment.

In making the announcement, the FDA and Health and Human Services Secretary Alex Azar cited data from a study posted online to a pre-print server, meaning it had not been peer-reviewed, on August 12. Offit questioned whether there was newer data that the FDA had not shared.

By not presenting those new data, you wonder whether there really are any new data, and if there aren’t then what just happened is that the administration just bullied the FDA into approving something that they were uncomfortable about approving,” Offit said.

Offit said that what worries him the most is the repercussions this could have on vaccines.

You get the sense that if the same thing happens there, that we’re willing to release a vaccine before there is clear evidence of safety or clear evidence of efficacy, that the American public, which is already skittish about vaccines … will only further lose confidence,” he said.

PHOTO: Guillermo Legaria/Getty Images
Nurse Lina Acevedo checks the plasma donated by a man who recovered from Covid-19 on August 14 in Bogota, Colombia.

The US Food and Drug Administration gave emergency use approval to convalescent plasma as a treatment for coronavirus Sunday, but some experts say there is not a lot of solid data to support its use.

The problem is, we don’t really have enough data to really understand how effective convalescent plasma is,” Dr. Jonathan Reiner, a professor of medicine at George Washington University and a CNN medical analyst, told CNN Sunday.

Trump administration officials cited a Mayo Clinic-led study that showed a 35% improvement in survival among people given the highest doses of the treatment early on in their illness compared to those who were treated later. Reiner pointed out this is not the same as a randomized placebo-controlled clinical trial, medicine’s gold standard, which can demonstrate whether the treatment really works better than not treating people.

“We don’t know compared to a placebo whether convalescent plasma is effective but we have recent data that suggests that people who receive convalescent plasma early, or earlier do better than those that get it later. And there is some data from this,” Reiner said. “This is the best data that we have and the best data that we have seems to suggest that it’s safe. But as recently as four days ago, the FDA stated on their website that it has not been proven that this therapy is both safe and effective.”

“While the data to date show some positive signals that convalescent plasma can be helpful in treating individuals with COVID-19, especially if given early in the trajectory of disease, we lack the randomized controlled trial data we need to better understand its utility in COVID-19 treatment,” said Dr. Thomas File, president of the Infectious Diseases Society of America. “For this reason, IDSA supports the continued collection of data in randomized clinical trials to better understand the benefits of convalescent plasma treatment before authorizing its wider use in patients with COVID-19.”

Art Caplan, founding head of the Division of Medical Ethics at NYU School of Medicine, told CNN he did not think the evidence was sufficient for an emergency use authorization.

EUAs make sense when there’s real, clear evidence of benefit, and they should be evidence about what that evidence is,” Caplan told CNN. “From what I’ve seen, I don’t think there’s enough evidence in hand to do this.”

Caplan said he’s worried about whether there’s a large enough supply of convalescent plasma, which relies on donations from Covid-19 survivors. Under an emergency use authorization, doctors will be more likely to give convalescent plasma without tracking data, so it will then be difficult to determine which donors have the most effective plasma, and which patients are the best candidates to receive it.

We’re going to get a gold rush towards plasma, with patients demanding it and doctors demanding it for their patients,” Caplan said.

PHOTO: Alex Brandon/AP
Dr. Stephen Hahn, commissioner of the US Food and Drug Administration, speaks during a media briefing at the White House on Sunday, August 23.

US Food and Drug Administration Commissioner Dr. Stephen Hahn says studies have shown convalescent plasma is safe and the treatment has been given to patients with infectious diseases for more than a hundred years.

“There was a really good rationale for why this might work,” Hahn said at a White House briefing called in part Sunday to announce the emergency use authorization. “In the independent judgment of experts and expert scientists at FDA who have reviewed the totality of data … more than a dozen published studies … those scientists have concluded that Covid-19 convalescent plasma is safe and shows promising efficacy, thereby meeting the criteria for an emergency use authorization.”

Emergency use authorization is not the same as full approval, but it will allow more people to try the treatment.

“We are waiting for more data,” Hahn said. “We are very pleased with these results.”

Some researchers have said trials haven’t shown clearly how well the treatment works.

“We have seen a great deal of demand for this from doctors around the country,” Hahn said

The FDA has encouraged coronavirus survivors to donate their blood in the hope that immune system proteins they developed while fighting off infection will help newly infected patients.