It's the question everyone wants answered: How long are we protected from catching Covid-19 after we've recovered from the novel coronavirus -- and what does that really mean?

Last week, the US Centers for Disease Control and Prevention updated its quarantine guidelines online to say that people who have recovered from Covid-19 do not need to quarantine or get tested again for up to three months -- but the agency clarified in a statement to CNN on Friday that does not mean that people are immune to reinfection.

"People who have tested positive for COVID-19 do not need to quarantine or get tested again for up to 3 months as long as they do not develop symptoms again," the CDC guidance stated.

A CDC spokesperson said the guidance is "based on the latest science about COVID-19 showing that people can continue to test positive for up to 3 months after diagnosis and not be infectious to others."

Yet "this science does not imply a person is immune to reinfection with SARS-CoV-2, the virus that causes COVID-19, in the 3 months following infection. The latest data simply suggests that retesting someone in the 3 months following initial infection is not necessary unless that person is exhibiting the symptoms of COVID-19 and the symptoms cannot be associated with another illness," the CDC statement said.

"I think this is an incredibly sticky wicket, as the British would say," said Dr. William Schaffner, a professor of preventive medicine and infectious diseases at Vanderbilt University School of Medicine in Nashville, who was not involved in the CDC guidance.

"We think antibodies correlate with protection, but we don't really know that yet," Schaffner said.

Practical applications, Schaffner added, are still a long way off. Can a person who has antibodies begin to date or stop wearing a mask, for example? Absolutely not, he said emphatically. 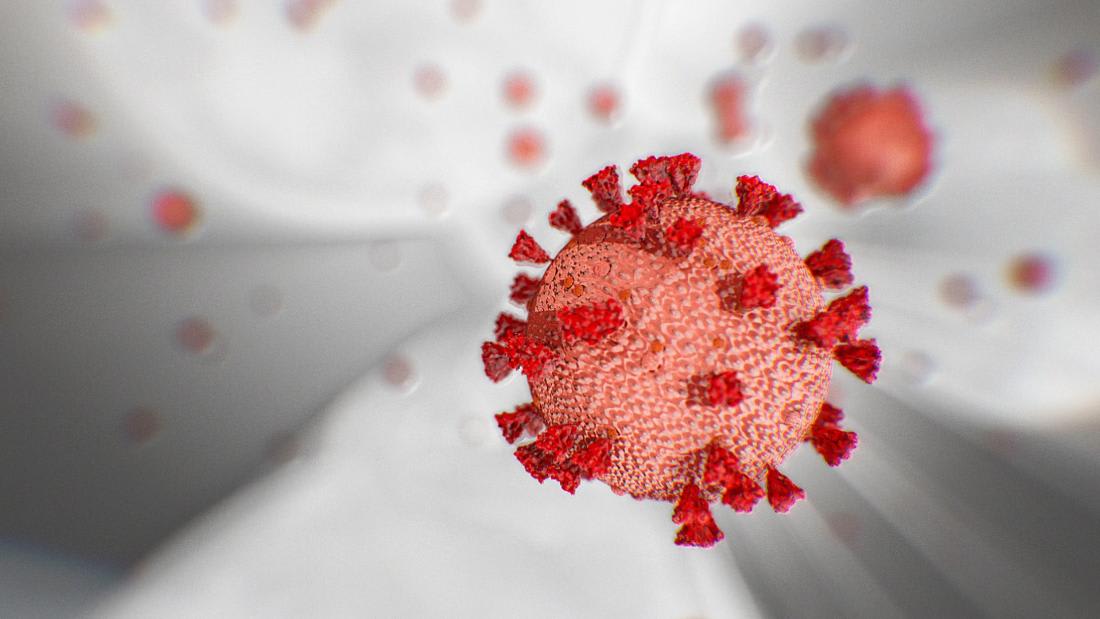 Are you truly immune from Covid-19 for up to three months? It's not clear

South Korea has reintroduced social distancing measures for the greater Seoul area in an attempt to prevent the spread of the coronavirus after a recent spike in cases.

“The spread of coronavirus is very serious for Seoul and (neighboring) Gyeonggi province, the confirmed cases almost doubled in a day,” South Korea's Prime Minister Chung Sye-kyun announced in a televised address on Saturday.
“Our priority is to swiftly stop the virus from spreading further in the capital area.”

Level 2 social distancing, as imposed in Seoul and Gyeonggi, means that indoor public gatherings are limited to 50 people, while 100 people are permitted to meet outdoors. Audiences will no longer be able to attend sporting events, public facilities run by the government will be shuttered and privately owned facilities deemed high risk will be closed.

Also on Saturday, United States Forces Korea said that from 6 p.m. local time, it would raise its health protection condition from “Bravo” to the second-highest “Charlie” for the greater Seoul metropolitan area, as well as an additional nine surrounding districts.

This restricts nonessential travel to hotspot areas for US military personnel.

South Koreans are currently enjoying a long weekend introduced by the government in July to give people relief from the stress of Covid-19.

The greater Seoul area had 139 new coronavirus cases on Friday.

Indian Prime Minister Narendra Modi used a national address on the country’s 74th Independence Day to thank those working on the frontline to combat the spread of Covid-19.

"The corona warriors, be it doctors, nurses, sanitation workers, ambulance drivers – there are so many names to list. These people have for such a long time been living the motto of ‘service is the highest religion’," he said.

Modi praised the pace at which India’s health sector responded during the pandemic to ramp up testing and build an infrastructure for vaccine development.

"In India, three vaccines are currently in various phases of testing and as soon as we get the green light, production will begin at a large scale. We already have the roadmap prepared on how every Indian will get the vaccination as quickly as possible," he said.

Modi also spoke about the need for a self-reliant India in a post-coronavirus world.

"A self-reliant India – it is a dream which we can see being transformed into resolve. We are a step away from 75 years of independence and it is essential to have India stand on its own two feet. To become self-reliant is now mandatory for our country," he said.

“Until how long will we keep exporting raw material to the rest of the world and then import finished goods back into the country? For how long can we allow this game to continue? And because of this, we have to become self-reliant."

Modi emphasized that for India to move ahead, an integrated, comprehensive infrastructure in health, education, and manufacturing was the most important goal for the country.

Addressing a very subdued and restricted gathering at New Delhi’s Red Fort, Modi also briefly mentioned the ongoing stand-off with China over the countries' shared border in the Himlayas.

"Whenever someone has tried to raise their eyes towards the sovereignty of our country, our soldiers responded to it in the same manner," he said, adding that Delhi "has strengthened its relationships in the extended neighborhood."

According to Johns Hopkins University's tally, there are at least 5,313,055 cases of the coronavirus in the United States.

At least 168,446 people have died in the country since the pandemic began.

In Covid-19 hotspot counties across the United States, Latino and Black people were hit particularly hard, according to new research published Friday by the US Centers for Disease Control and Prevention.

Researchers analyzed cumulative case totals from February through June. Among 79 hotspot counties that also had data on race, more than 96% had disparities in Covid-19 cases in one or more racial or ethnic minority group.

“These findings illustrate the disproportionate incidence of Covid-19 among communities of color, as has been shown by other studies, and suggest that a high percentage of cases in hotspot counties are among person of color,” the authors said.

Black people were the next largest group, with about 2 million people living in 22 hotspot counties, where there were disparities in cases identified.

This was followed by more than 60,000 American Indian/Alaska Natives living in three counties, nearly 36,000 Asian people in four counties and about 31,000 Native Hawaiian and other Pacific Islander persons in 19 hotspot counties, with disparities in cases within the population.

There are a number of factors that could lead to the increased risk for Covid-19 in these populations, including structural factors, such as economic and housing policies, social factors, such as essential worker employment status requiring in-person work, and long-standing discrimination and social inequities that can lead to increased risk of disease, such as limited access to health care and underlying medical conditions.

The research does have some limitations, the authors said, such as the fact more than half of the hotspot counties did not report enough race data and had to be excluded from the analysis.

South Korea reported 166 new coronavirus cases on Friday -- 155 of which were as a result of community transmission, according to a press release from the South Korean Centers for Disease Control and Prevention (KCDC).

Churches in Seoul and neighboring Gyeonggi province, as well as fast-food restaurants and a market in Seoul, have been identified as clusters in the fresh outbreak.

In an emergency briefing on Saturday, Park Yoo-mi, Seoul City’s top health official, said so far 12 infections in the region are linked to a fast-food burger chain Lotteria, 12 to a church in Gyeonggi province and Seoul’s Namdaemun market, and 44 cases to Sarang-jeil Church in Seoul.

Seoul issued an executive order Friday for all 7,560 religious facilities in the city, ordering them to restrict group events except the main service.

The 4,000-strong congregation of Seoul’s Sarang-jeil Church are subject to self-quarantine and must be tested, Park said.

Religious gatherings are also being restricted in Gyeonggi, according to an order issued by Gov. Lee Jae-myung on Friday.

Park, the Seoul health official, warned that attendees at an anti-government rally scheduled for Saturday could face prosecution under a protest ban. She said those who flout the ban could be subject to legal action -- and if a confirmed virus case is reported from a protest, organizers could face a fine.

South Korea's total number of confirmed cases stands at 15,039, of which 833 are active. The country's death toll remains at 305.

Seven new locally transmitted coronavirus cases have been recorded in New Zealand, as the country attempts to contain a new outbreak after weeks of being virus free.

According to Ashley Bloomfield, the country's Director-General of Health, six of the new cases were related to a known cluster in Auckland, while the origins of one case remain under investigation -- although he was confident that case would also linked to the same cluster.

The total number of cases related to the Auckland cluster stands at 37, Bloomfield said.

Fifty-four close contacts of those infected have been moved to quarantine centers. So far, 24 of them have tested positive for the coronavirus.

It remains unclear where the latest outbreak originated. New Zealand Minister of Health Chris Hipkins said the country has not seen "any positive tests from our border and managed isolation facilities over the last few days, and genome sequencing does not match any of the known cases in these facilities."

Testing of borders staff -- those who work at managed isolation centers, airports, and maritime staff -- has been carried out in a bid to find out where the virus may have come from, after local transmission was stamped out for 102 days earlier this year.

Also known as controlled infection trials, human challenge involves the intentional exposure of participants to a virus to allow more rapid assessment of a vaccine’s efficacy.

The United States National Institute of Allergy and Infectious Diseases is working to create a strain of coronavirus that could be used in human challenge trials of a Covid-19 vaccine, although there are no plans to do so, NIAID Director Dr. Anthony Fauci said earlier Friday.

Haseltine said such trials are typically only necessary when a virus is not “raging,” and the coronavirus is currently in widespread circulation.

He added that participants would likely be mainly healthy, young people, so the trials would not yield information about those most at risk for serious illness.

“Are we really ready to infect people with live virus that can kill them?” Haseltine said.