Dr. Anthony Fauci, the director of the National Institute of Allergy and Infectious Diseases, explained the risks during a live Instagram session with actor Matthew McConaughey.

"If everyone contracted it, even with the relatively high percentage of people without symptoms ... a lot of people are going to die," Fauci said. 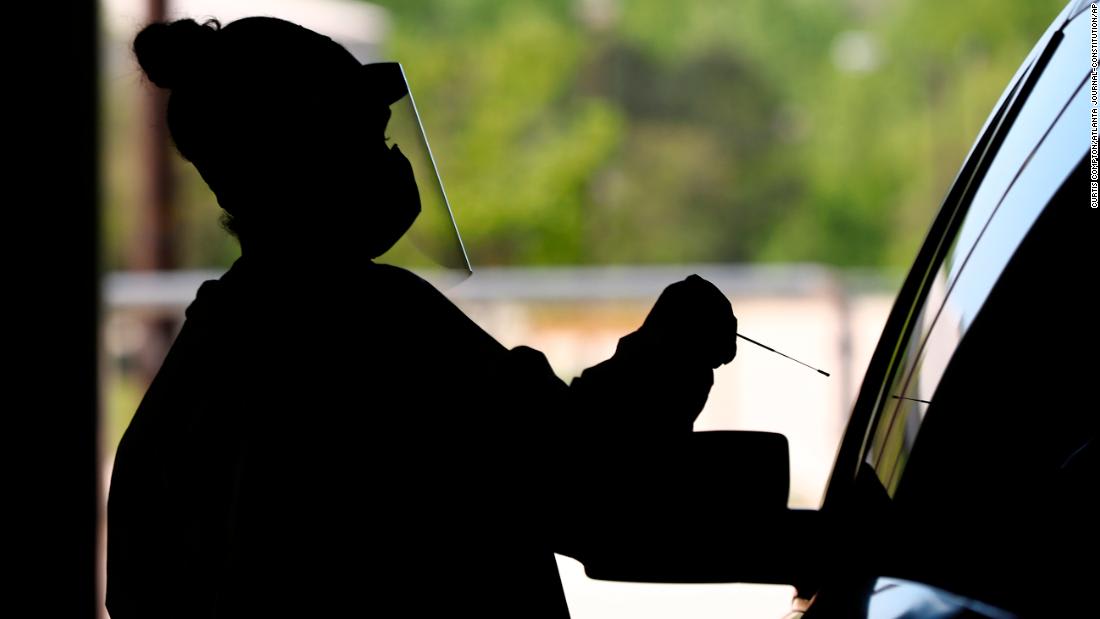 Any attempt to get coronavirus herd immunity would lead to massive death tolls, Fauci warns

Ministers have also agreed "in principle" to co-fund a global clinical study of the Janssen vaccine. It will examine whether two doses of their vaccine candidate given to participants provides long-term protection against coronavirus.

Novavax will conduct a Phase 3 clinical trial of the vaccine working with the UK's National Institute for Health Research (NIHR), and has plans to manufacture some of the vaccine in Britain.

"This will ensure that, once available, the vaccine can be supplied to the British public as soon as possible," the UK government statement said.
"If the vaccines are safe and successful in clinical trials, both could be delivered to the UK in mid-2021. They would be given first to priority groups such as frontline health and social care workers, ethnic minorities, adults with serious diseases, and the elderly."

“The government’s strategy to build a portfolio of promising vaccine candidates will ensure we have the best chance possible of finding one that works," Business Secretary Alok Sharma said on Friday.

India celebrates its Independence Day on August 15, but the coronavirus pandemic means this year's festivities will be more subdued.

The Indian government has restricted movement to the Red Fort -- the historical venue for the celebrations. Entry to the event is by special invitation this year, and most of the invites have gone out to diplomats, officials and the media.

Members of the Guard of Honor, which is made up of Army, Navy, Air Force and police personnel, have been kept in quarantine ahead of the event to ensure safety as they will be inspected by the Prime Minister at the start of the ceremony.

Every guest has been asked to wear masks and will be seated with a gap of 6 feet (1.8 meters) between them, according to the press release issued by the Ministry of Defense.

The ministry has built a special entrance and dispersal plan to ensure social distancing at all times during the entire event, and medical booths have been set up at four locations in the area to cater to any attendee who may exhibit Covid-19 symptoms.

“Thermal screening at all entry points for the invitees has been planned. Thorough sanitization of the premises inside and outside the Red Fort is being carried out on a regular basis,” said the release.

The French capital Paris and the southern city of Marseille and its surrounding areas have been classified as "zones of active circulation" of coronavirus, according to a French government decree published today.

The classification allows local authorities to impose further restrictions, including limits on movement and the closure of restaurants, bars or other venues, according to a previous decree which set out conditions to the lifting of lockdown measures.

French Health Minister Olivier Veran announced on Wednesday that Paris and Marseille would "probably" soon be reclassified as zones of active circulation of the virus "given the evolution of the epidemic."

The cities are "particularly at risk" because they are highly populated, with young people who have "an intense social activity," Director of National Health Agency Jérôme Salomon told France Inter radio this morning.

New Zealand's extended a lockdown in its most populous city demonstrates how fast early successes in the pandemic can change.

The country is battling a fresh community coronavirus outbreak after months without any locally transmitted cases.

There's still a major, unanswered question: How did this outbreak happen?

The remote island nation imposed strict border controls back in March, meaning that, for the most part, only New Zealanders are allowed into the country -- and those who do arrive from abroad need to spend 14 days in state quarantine facilities.

According to the Ministry of Health, 68% of New Zealand's cases are imported or linked to imported cases.

Quarantine facilities: One possible cause of this latest outbreak is that coronavirus somehow got out of New Zealand's state quarantine facilities. That's what Deputy Prime Minister Winston Peters told Australian national broadcaster ABC, saying: "I think there has been a breach in our quarantine system."

There have been breaches in New Zealand before -- in July, a man cut through a fence at a managed isolation facility to visit a liquor store, and another man who later tested positive for coronavirus broke out of a facility and visited a supermarket.

It's possibly a different strain of the virus: So far, authorities haven't found a match between the genome involved in this latest outbreak and any cases in managed isolation facilities. New Zealand's Director General of Health Dr. Ashley Bloomfield said the new cases most closely resemble the genome patterns from the United Kingdom and Australia.

Bloomfield thinks the outbreak could have come in through the isolation facilities rather than being in present for months in New Zealand.

I think there's very good evidence to suggest that it hasn't been lurking in the community," he said.

Ardern said Friday that the strain in the new outbreak is not the same as one that previously existed in New Zealand.

Warehouse samples tested: Authorities are also testing samples from surfaces at Americold, an American temperature-controlled warehouse company where one of the original four to test positive worked. A number of cases have been linked to the company.

But nothing is conclusive at this stage: Ardern said that, for now, authorities did not know how the outbreak happened. "We do not necessarily need to answer that question to deal with this cluster effectively," she said. 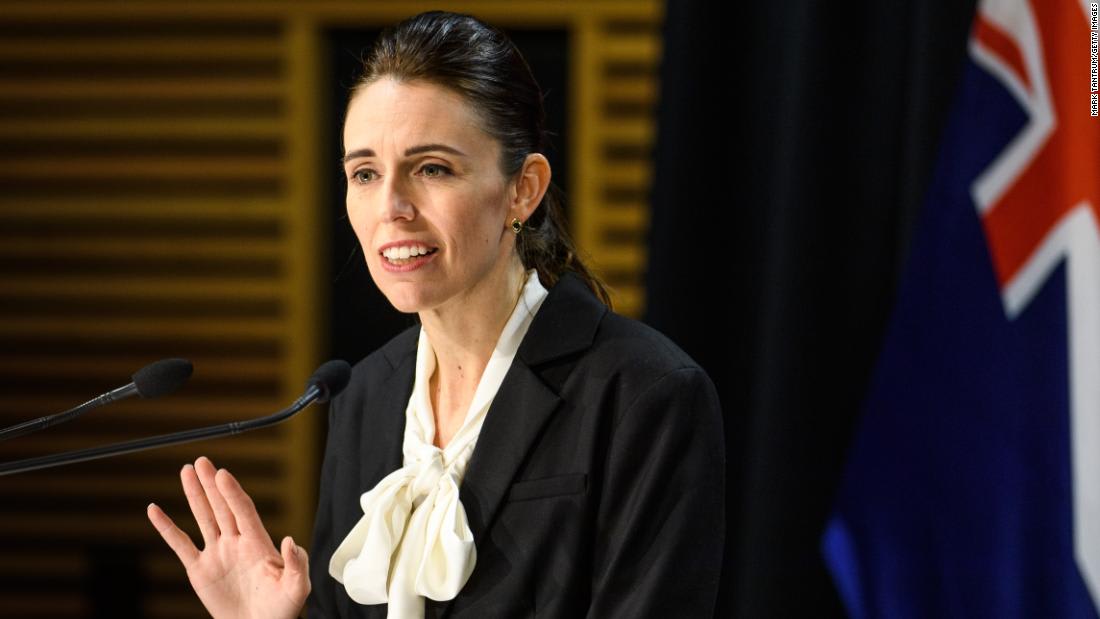 New Zealand’s Prime Minister Jacinda Ardern announced that the current level 3 coronavirus restrictions in Auckland and level 2 restrictions in the rest of the country will be extended for 12 more days.

“In keeping with our precautionary approach and New Zealand’s philosophy of going hard and going early, today Cabinet has agreed to maintain our current settings for an additional 12 days,” Ardern said at a press conference today.

At the end of the extended lockdown, Ardern said they expect to have identified and isolated the cluster so Aukland can return to level 2.

The Prime Minister said that lifting restrictions now would lead to a “potential explosion in cases” which is the “worst thing we could do for Auckland and the New Zealand economy, adding that “the best economic response is a strong health response."

New cases: The announcement comes after New Zealand reported 12 new locally transmitted cases on Friday. The country has recorded a total of 30 new cases -- with 29 of them locally transmitted and one imported -- since Tuesday, when it broke a 102-day streak of no local infections.

What the restrictions mean: Under level 3 restrictions in Auckland, public venues such as museums, playgrounds and gyms will remain closed, while people are instructed to stay home in their bubble, other than for essential personal movement. Under level 2 restrictions in place in the rest of the country, no more than 100 people can gather at one place and businesses must adhere to social distancing guidelines.

The United States reported 51,443 new Covid-19 cases and 1,076 deaths on Thursday, according to the Johns Hopkins University.

CNN's map is tracking the US cases:

There are more than 20.8 million confirmed cases of Covid-19 globally and 755,550 deaths, according to the Johns Hopkins University.

Here are the latest updates:

US projects more deaths this fall: The US Centers of Disease Control and Prevention's ensemble forecast now projects nearly 189,00 US coronavirus deaths by September 5. There are more than 5.2 million cases and 167,000 deaths in the country. Dr. Anthony Fauci says the consequences could be "devastating" if the country reopens without getting the virus under control.

US turns down Russian vaccine offer: Officials in Moscow say they have offered "unprecedented cooperation" with Operation Warp Speed (OWS), the US multiagency body set up to accelerate access to effective Covid-19 vaccines and treatments. But US officials say they would not accept it. Russia announced on Tuesday that it had developed a vaccine against the coronavirus.

New Zealand extends lockdown for Aukland: New Zealand's Prime Minister Jacinda Ardern is extending level 3 restrictions for Auckland for 12 days after the country reported 12 new locally transmitted coronavirus cases on Friday. The country is tackling a fresh outbreak that ended an enviable run of more than 100 days without any local infections.

India-Maldives travel bubble: India says it is opening an air corridor with Maldives to boost tourism and revenue even as the country sees rising cases of Covid-19. The first flight under the new arrangement is expected to take off on August 18. India reported more than 64,500 coronavirus cases on Friday.

9/11 "Tribute in Light" canceled: New York City’s “Tribute in Light” that honors victims of the September 11, 2001, attacks has been canceled due to coronavirus concerns, the 9/11 Memorial & Museum announced. The annual memorial is comprised of about 88 lights that reach four miles into the sky, creating twin beams matching the shape of the towers that were destroyed.

The Indian Medical Association has written a letter to Prime Minister Narendra Modi expressing the "rising concerns of safety of doctors during this Covid crisis," saying that almost 200 doctors have died across the country because of the virus.

"Increasing number of doctors are getting infected and losing lives due to Covid. Substantial number of them are General Practitioners," said the letter, dated August 7 and signed by the IMA's national president and honorary secretary general.

According to the IMA, 196 doctors across India have died because of the coronavirus as of August 7.

The southern state of Tamil Nadu has seen the highest proportion of doctor deaths at 43. The western states of Maharashtra and Gujarat have the second-highest with 23 doctors dying in each state, according to data from the IMA.

The letter added that Covid-19 does not discriminate between the government and private sector and that a lot of general practitioners had died due to the coronavirus as they provide treatment for patients who consult them for fever and related symptoms on a daily basis.

"Disturbing reports have appeared about doctors and their families not getting beds for admission and also lack of drugs in many cases. Death among doctors due to Covid is reaching alarming proposition," the letter said.

The association is calling on the government to ensure adequate care for doctors and their families, who are at a greater risk of contracting the virus, and to provide sponsored medical and life insurance facilities to doctors in all sectors.