Brazil's President Jair Bolsonaro said on Thursday he felt weak and might have "mold in the lung" having spent weeks in isolation after catching Covid-19.

In his first Facebook live video since recovering from Covid-19, Bolsonaro said: "I've just taken a blood exam. I was a bit weak yesterday. They have also found a bit of an infection. I'm taking antibiotics now. It must have been those 20 days inside the house, we catch other things. I've caught mold, mold in my lungs. It must be that."

The President spent nearly 20 days in semi-isolation, after testing positive for the virus on July 7 and on subsequent occasions. On July 25, he announced via Twitter that he had tested negative.

His wife, Michelle Bolsonaro, has also tested positive for Covid-19, according to a statement from the President's press office.

The first lady, who was last seen in public on Wednesday afternoon when she attended an official event in Brasilia with her husband, "is in good health and will follow all established protocols," the statement said.

Europe's economy shrank by 11.9% in the second quarter as the coronavirus pandemic plunged the region into a deep recession.

The quarter-on-quarter fall in EU GDP is the worst on record. Compared with the same period a year ago, the fall in output was even bigger — 14.4% — making it worse than the 9.5% slump recorded Thursday by the United States.

Recent surveys of business activity suggest Europe's economy is now in recovery mode. But the specter of another wave of coronavirus cases looms.

Germany's center for disease control, the Robert Koch Institute, said this week that a recent spike in cases was "very disturbing." In France, new daily cases have crept back to the same level as when its lockdown lifted in early May. Spain and Italy have also recorded increases.

The United Kingdom recently reimposed quarantine measures for travelers arriving from Spain, a move that will slow the recovery in its vital tourism industry.

Germany, Europe's biggest economy, suffered less than other big EU countries in the second quarter, reporting a 10.1% hit to GDP.

According to the latest forecast from the European Commission, the EU economy will shrink 8.3% in 2020. The forecast assumes that restrictions will continue to ease, and that there won't be a major second wave that triggers large-scale quarantine measures.

The Spanish economy shrank 18.5% in the second quarter -- its worst drop on record -- as the strict nationwide lockdown and restrictions took a toll on the economy amid the coronavirus pandemic.

This is the second consecutive negative quarter for Spain which has now entered recession. The economy dropped 5.2% in the first quarter.

Falling exports and weak service activities particularly in hospitality dragged the economy down. The economy is down 22.1% year on year.

The UK recently re-imposed a 14 day mandatory quarantine measures for travelers arriving from Spain, a move that could disrupt travel and impact tourism -- a vital part of the Spanish economy -- leading to a slower recovery.

Researchers on Wednesday published scathing critiques of a study US President Donald Trump repeatedly touted on Twitter. That study, published earlier this month in the International Journal of Infectious Diseases, claimed to show that hydroxychloroquine saved lives.

Trump tweeted about it enthusiastically.

"The highly respected Henry Ford Health System just reported, based on a large sampling, that HYDROXYCHLOROQUINE cut the death rate in certain sick patients very significantly. The Dems disparaged it for political reasons (me!). Disgraceful. Act now," the President tweeted on July 6.

Scathing criticism: But the study had multiple errors, flaws and biases, according to letters to the journal's editors.

"As a result of the flaws in the analysis the conclusions reached in [the study] are invalid," Graham Atkinson, an independent consultant in healthcare policy, wrote in one of the letters.

The study was conducted at the Henry Ford Health System in Detroit. It contradicts many other studies, which have found the drug does not help Covid-19 patients.

"We've acknowledged the varying conclusions multiple studies have reached, along with the limitations of our retrospective [hydroxychloroquine] study as well as those of other published studies on the topic," according to a statement on Wednesday from Tammy Battaglia, a spokeswoman for Henry Ford. 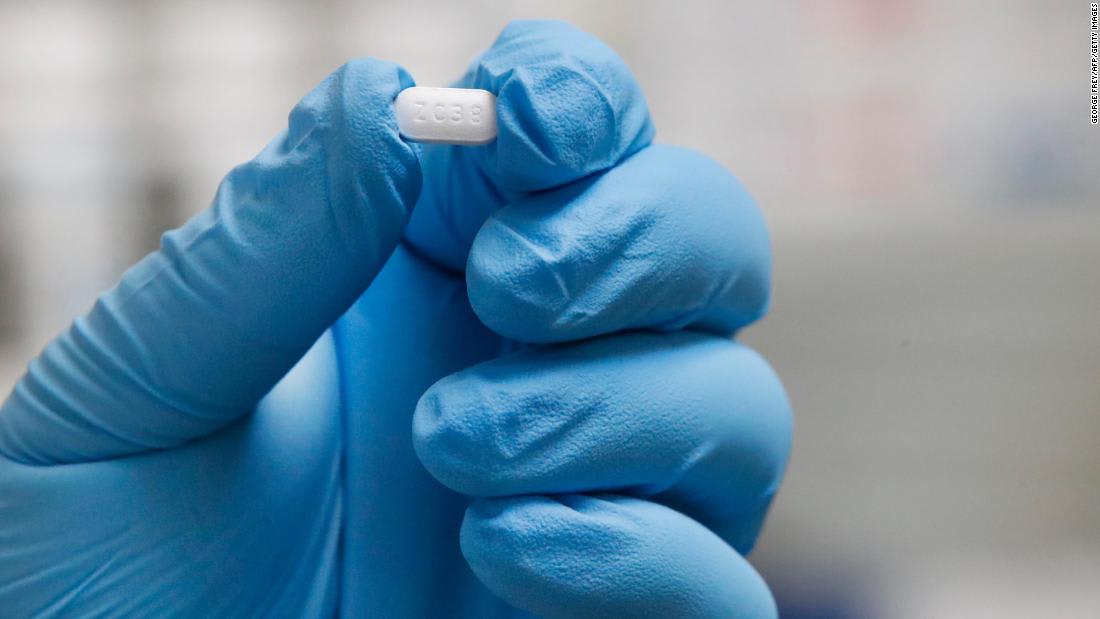 A total of 126 coronavirus cases linked to the United States Forces Korea (USFK) have been reported in South Korea, the USFK said on Friday.

In an open letter to the Unification Minister on Friday, Lee Jae-gang, Vice Governor for Peace of Gyeonggi province, called for the annual US-South Korea military drills to be canceled this year, citing concerns over the virus.

Lee said that the joint military exercise could cause the spread of Covid-19.

According to a statement from the Gyeonggi government, 105 confirmed cases in Pyongtaek -- where the US Army's Camp Humphreys base is located -- are USFK soldiers, accounting for more than 70% of all infections in the city.

This year’s joint drills are believed to have been scheduled for August 17, with a reduced scale, according to the Gyeonggi government's statement.

Children younger than 5 have between 10 and 100 times more genetic material from the novel coronavirus in their noses compared to older children and adults, according to a small study published Thursday in the journal JAMA Pediatrics.

While the study didn't measure transmissibility, it raises questions -- just as schools start to reopen -- about how easily the virus may be spread by the under-5 set.

"We had just noticed that some of the children that we were testing for SARS CoV-2 that were positive, the youngest children seemed to have a high amount of the viral nucleic acid -- a high viral load in their nose -- compared to some of our older children and adults," lead author Dr. Taylor Heald-Sargent, a pediatric infectious diseases specialist at Lurie Children's Hospital of Chicago, told CNN.
"And so when we ... actually ran the numbers, controlled for a few things, we found that there was actually a statistically significant higher amount of the genes that are encoded by SARS, which usually correlates to more virus, in the nose of children less than 5 years old, compared to older children and adults."

Heald-Sargent and her team analyzed 145 swab samples collected from patients with mild to moderate Covid-19 within a week of symptom onset; 46 of them were from children under 5, 51 were from 5- to 17-year-olds, and 48 were from adults between 18 and 65. The samples were collected between the end of March and the end of April from various inpatient, outpatient, emergency department and drive-through testing sites at a pediatric tertiary medical center in Chicago.

They found that those under 5 had a statistically significant greater amount of virus particles in the nose correlating to "a 10-fold to 100-fold greater amount of the coronavirus in the upper respiratory tract ... " the researchers wrote in their paper.

Heald-Sargent says more studies need to look at transmissibility of SARS-CoV-2 in children. "So far this transmission doesn't seem to be primarily coming from children," she said. 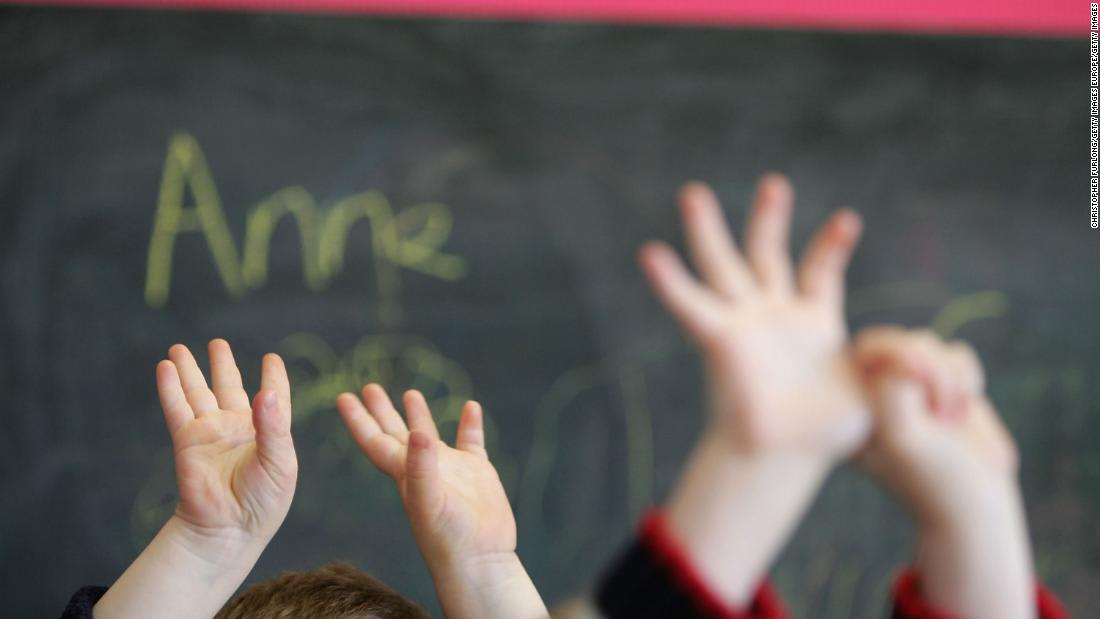 Study finds higher viral load in young children, raising questions about how likely they are to transmit the coronavirus

Tokyo reported 463 new Covid-19 infections Friday, a new single-day high for Japan's capital for the second day in a row, according to Gov. Yuriko Koike.

Although many of the new cases were people in their 20s and 30s, Koike said the outbreak was starting to spread to older citizens in their 60s.

“We cannot waste a moment’s time,” she said.

Koike said Tokyo was considering issuing its own version of a state of emergency in the future if warranted.

Tokyo recorded a total of 6,466 cases in July -- a more than six-fold increase from the previous month.

Tumbling markets: Tokyo stocks slumped in afternoon trading as cities around Japan continued to report new cases. The benchmark Nikkei 225 index shed 2.5% to trade below 21,800 points for the first time since June 15.

New infections nationwide have exceeded 1,000 for the past two days, prompting the Tokyo government to ask bars and karaoke parlors to close by 10 p.m. from August 3 to August 31.

Despite the resurgence in cases, the national government has resisted reinstating a state of emergency.

“At this point, we do not believe it is necessary to reissue a state of emergency and completely reduce economic activities,” Chief Cabinet Secretary Suga Yoshihide said at a news conference on Friday.

France's economy contracted by 13.8% in the second quarter of this year, amid nationwide lockdown measures imposed to contain the spread of the coronavirus.

Official growth statistics show that the shutdown of non-essential activities between mid-March and May hit almost every area of the economy.

According to the figures, the gradual ending of restrictions did lead to a slight recovery in May and June. The slump follows a 5.9% contraction in the first quarter.

The total number of infections in Morocco now stands at 23,259, according to MAP.