CNN's Anderson Cooper and Dr. Sanjay Gupta hosted a global town hall on Thursday evening answering your questions about what the future holds for the fight against Covid-19.

The hosts discussed the latest news about the pandemic as global cases surpass 17 million, including more than 667,000 deaths, according to Johns Hopkins University. 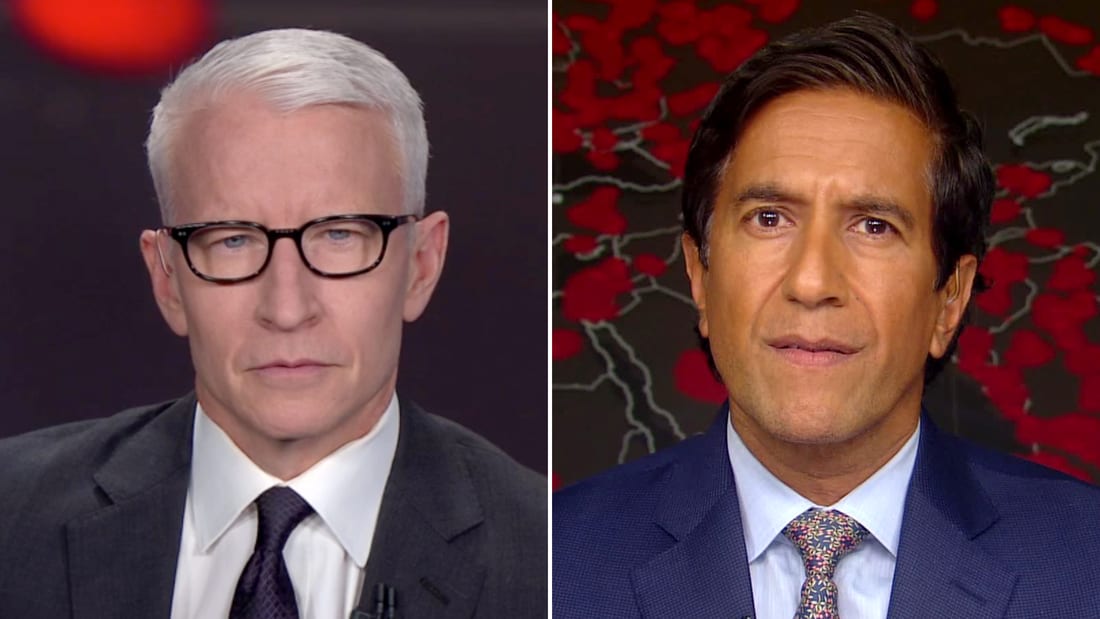 The Australian state of Victoria reported 672 new coronavirus cases and eight deaths on Friday, according to the state's premier Daniel Andrews.

The total number of infections in Victoria, the second-most populous state in Australia, now stands at 10,577, with 112 deaths, according to Andrews.

Door knocking campaign: Andrews said he has no announcements to make about harsher lockdowns but he would not rule out more frequent door knocking to check if people are staying at home.

More than 130 people -- one in four of those who’ve tested positive -- were caught defying stay-at-home orders, according to the Premier.

Authorities have increased manpower to crack down on isolation dodgers, with 34 teams of officers deployed to knock on the doors of infected individuals.

“Both public health experts from the Victorian team and those on a national level will spend the next day or two looking at the data at the six-week point, the halfway point of the stay-at-home orders that we put in place,” Andrews said. “That analysis will happen today and tomorrow, and then we'll have more to say.”

Though Friday’s figures are slightly lower than the previous day, Andrew said that it is “almost impossible” to see Victoria’s economy open up any time soon.

Mexico will participate in the phase 3 trial of a Covid-19 vaccine from the French pharmaceutical company Sanofi-Pasteur's Mexico branch, according to Mexican Foreign Minister Marcelo Ebrard.

"Sanofi-Pasteur announces the incorporation of Mexico in phase 3 of the protocol for the Covid-19 vaccine trial," Ebrard said in a tweet Thursday.
"Tests will be conducted in our country, and we will have early access to the resulted vaccine," he added. "I thank France for the support to make it happen. Good news."

Sanofi's Mexico branch confirmed to CNN that Mexico would be a part of its phase 3 trial.

In a statement, the Foreign Ministry said further details would be provided later.

"Our main goal is that Mexico takes part in many protocols for phase three as soon as possible. This is the first one, and it's great news for Mexico," the statement said.

The foreign minister also clarified that the deal is with the company's Mexico branch, not France. "The agreement is not with France; it's with Sanofi," Ebrard said. "We've worked a lot with Sanofi in Mexico. Sanofi was vital in 2009 [with] the influenza vaccine."

That marks the third consecutive day that the country has reported over 100 new infections.

Among the new cases, 123 were locally transmitted, with 112 confirmed in the far western region of Xinjiang and the rest in the northeastern province of Liaoning.

The country also recorded a further 11 asymptomatic infections on Thursday.

The Buffalo Bills have sent their rookies home from the team’s facility following five positive Covid-19 tests in the last week, both NFL Network and ESPN reported Thursday.

“As we were informed by medical experts as training camp opened, we expected to have positive tests for COVID,” the Bills said in a statement posted on its website and on Twitter on Thursday.

“With 5 since the beginning of the testing period last Tuesday, we decided to take a disciplined, proactive, and preventative approach to hopefully eliminate additional cases within our team," the statement said.

Some background: Testing has been a key component in bringing players back. As players enter camp, they will be tested. Players have to have two negative tests within 72 hours in order to participate in training camp.

Thereafter, the union and the league have agreed to test each player daily for at least the first two weeks of training camp, eventually moving to an every-other-day schedule once a team maintains a 5% positivity rate.

Those tests will be conducted by the company BioReference Laboratories.

White House coronavirus task force member Dr. Anthony Fauci suggested it is impossible to know whether the US is nearing the end of the pandemic or still in the early stages, and that the outcome depends very much on Americans' behavior going forward.

"It’s impossible to predict because when we were looking at the increase and then going down, if it had gone all the way down to baseline… then you could say 'if we hold tight, we may be in the 7th or 8th inning,'" Fauci said, when asked by CNN's Anderson Cooper where the US currently sits on the arc.

"But that didn’t happen," he added.

Fauci went on to say the length of the pandemic will depend on how well Americans wear masks, socially distance and adhere to other actions that can slow and stop the virus's spread.

"If we do that, Sanjay, I think we’re well towards seeing this under control," he told CNN's Sanjay Gupta. "If we don’t, then we really can’t make a prediction about how long this is going to last."

With millions of parents preparing for the upcoming academic year under the shadow of the coronavirus pandemic, Dr. Anthony Fauci said "we should try as best as we possibly can to get the children back to school."

"Because we know the consequences on the children when they're kept out of school, as well as the downstream deleterious, unintended consequences on families, of parents who have to get off work to take care of their kids," Fauci said during CNN's global coronavirus town hall Thursday night.

Fauci instructed parents to be vigilant because of the varying levels of the infections across the country. This advice from the nation's top infectious disease doctor comes hours after Gov. Ron DeSantis of Florida advocated for parents to be able to choose either in-person or distance learning as districts in the state weigh their options for the upcoming school year.

Florida is one of the states that has recorded a spike in Covid-19 cases.

"So if you have a level of virus that really is very, very low, then you could likely proceed with impunity, depending on the local situation, with getting the child back to school with no restrictions. If you're in an area where there is some virus involved, the local authorities may do things like try to modify the school situation," Fauci added.

Dr. Anthony Fauci responded to a claim from the head of Operation Warp Speed, the federal government’s multi-billion effort to develop a vaccine against Covid-19, that a coronavirus vaccine could be 90% effective.

Fauci, the director of the National Institute of Allergy and Infectious Diseases, called this claim from Moncef Slaoui "a very optimistic estimate," he said tonight on CNN's global coronavirus town hall.

"We all hope it's going to be that way," Fauci said. "When we look at the data from the phase one study ... it looks good because the vaccine induced neutralizing antibodies in the recipients was rather robust to the level that would you say is at least as good or better than what's induced by natural infection, namely what we're seeing in convalescent plasma. So that's the first good indication that gets us to be optimistic."

Some context: In his first television interview, Slaoui said he “wouldn’t be surprised” if the vaccine was about 90% effective.

“It’s very hard to predict of course – that’s why we’re doing the trial. My personal opinion based on my experience, I think this vaccine is going to be highly efficacious. I wouldn’t be surprised if it’s in the 90% [range],” said Slaoui, chief adviser to Operation Warp Speed. “I think it will be a very effective vaccine. That’s my prediction.”

Slaoui spoke Thursday with CNN while touring a Covid-19 vaccine clinical trial site in Savannah, Georgia. He’s a former GlaxoSmithKline executive who began his position with Operation Warp Speed in May.

“It shouldn’t be acceptable” that the US is so backlogged on coronavirus testing, Adm. Brett Giroir, assistant secretary for Health at the US Department of Health and Human Services said during CNN’s coronavirus town hall.