The Red Cross says its consignment of protective equipment has arrived in North Korea to help people protect themselves against Covid-19, after the country announced its first publicly reported suspected coronavirus case last week.

The equipment has gone through quarantine and been released to the Red Cross Society in North Korea, according to a statement from the International Federation of Red Cross and Red Crescent Societies.

"The protective items include infrared thermometers, protective goggles and gowns, facial shields, surgical masks, examination gloves and a diagnostic machine (rt-PCR) as well as testing kits for 10,000 people," the statement said.
"Red Cross teams continue to coordinate with local health care workers and government departments to engage with communities, visiting households who live in remote areas and helping to protect those most at risk of the coronavirus. There has not been any further request for assistance at this stage.”

Some context: North Korean leader Kim Jong Un convened an emergency meeting Saturday after it was reported that a defector who fled the country three years ago had returned to the North Korean city of Kaesong, while possibly infected with coronavirus, according to state-run newswire KCNA.

Authorities in South Korea confirmed Monday that a defector had crossed the highly militarized border into North Korea. The South Korean Health Ministry said the man was not a known coronavirus patient or a close contact of one, but local police said the man was being investigated for a sex crime.

KCNA said the defector had symptoms of Covid-19, but did not confirm if he had been tested. Close contacts of the suspected case were being examined and quarantined, but KCNA warned of a "dangerous situation" developing in Kaesong that could lead to a "deadly and destructive disaster."

New South Wales police in Australia arrested six people on Saturday in a "significant" operation to block a Black Lives Matter protest from going ahead on health grounds, according to Assistant Police Commissioner Michael Willing.

The protest in central Sydney on Tuesday was organized for 500 people to protest the 2015 death of Indigenous man David Dungay Jnr. It drew a small crowd after it was declared "unauthorized" by a NSW Supreme Court ruling on Sunday.

“We are not anti-protest. Just don’t do it in the middle of a pandemic,” Willing said. “The Supreme Court Justice himself described the situation in New South Wales itself as on a knife-edge.”
“Find another way to express your views,” he said.

Five of those arrested were issued with a fine of 1,000 Australian dollars ($713) for breaches of the Covid-19 public health order that currently bans crowds of more than 20 people.

The sixth arrestee was issued with a criminal infringement notice for foul language.

In June, tens of thousands of protesters turned out for a similar Black Lives Matter demonstration in Sydney, after a successful appeal against a NSW Supreme Court injunction.

The coronavirus is "easily the most severe" public health emergency the World Health Organization (WHO) has ever faced, its director-general said Monday, as countries that previously appeared to have the pandemic under control recorded an uptick in cases.

Across the Asia-Pacific region, where countries were among the first hit by the virus and the first to contain it, there have been new and in some cases seemingly unexplained increases in the number of infections. Governments that had previously been lauded for their response to the pandemic now seem to be struggling.

All this is concerning news for those where the first wave of the virus has yet to come fully under control, let alone in the disaster zones of the United States and Brazil. It's especially scary as there are only a few more weeks of summer left in parts of the northern hemisphere, and many epidemiologists expect the virus to peak again in winter.

What happened? Many of the most recent waves of the virus, in Hong Kong, Australia, China and elsewhere, have come as a surprise to officials. While there are a number of flaws to point out in various governments' responses, the numbers did not explode until very recently -- potentially because a more virulent strain of the virus had been introduced, or that cases were simply building up undetected and suddenly reached a tipping point.

Hard task ahead: The difficulty even countries in Asia-Pacific -- the region of the world with perhaps the best coronavirus response -- are having points to the potentially insurmountable task of getting the virus under control in other parts of the world, at least until a vaccine becomes available. 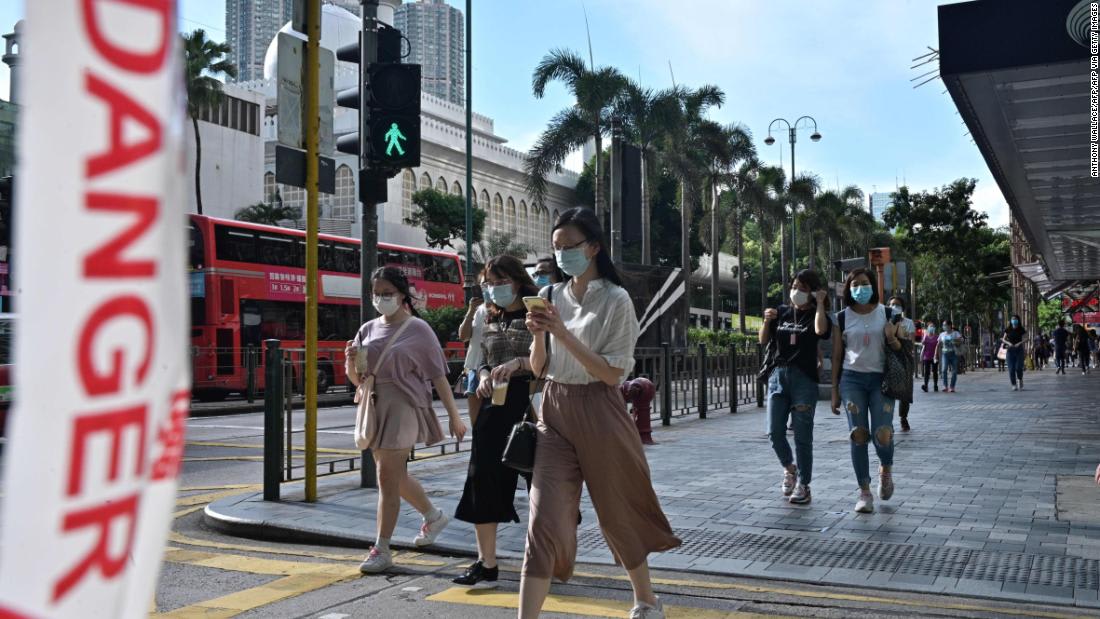 Even countries that got coronavirus under control are now struggling, that's deeply concerning for the rest of the world

A video featuring a group of doctors making false and dubious claims related to the coronavirus was removed by Facebook, Twitter, and YouTube after going viral online Monday.

The video, published by the right-wing media outlet Breitbart News, featured a group of people wearing white lab coats calling themselves "America's Frontline Doctors" staging a press conference in front of the US Supreme Court in Washington, DC.

US President Donald Trump shared multiple versions of the video with his 84 million Twitter followers Monday night despite the dubious claims running counter to his administration's own public health experts. Spokespersons for the White House did not immediately respond to requests for comment.

During the press conference, a speaker who identifies herself as a doctor makes a number of dubious claims, including that "you don't need masks" to prevent spread of the coronavirus, and that recent studies showing hydroxychloroquine is ineffective for the treatment of Covid-19 are "fake science" sponsored by "fake pharma companies."

"This virus has a cure, it's called hydroxychloroquine, zinc, and Zithromax," the woman claims. "You don't need masks, there is a cure."

The claims run contrary to multiple studies on the anti-malarial drug and advice from public health officials to prevent spread of the virus. 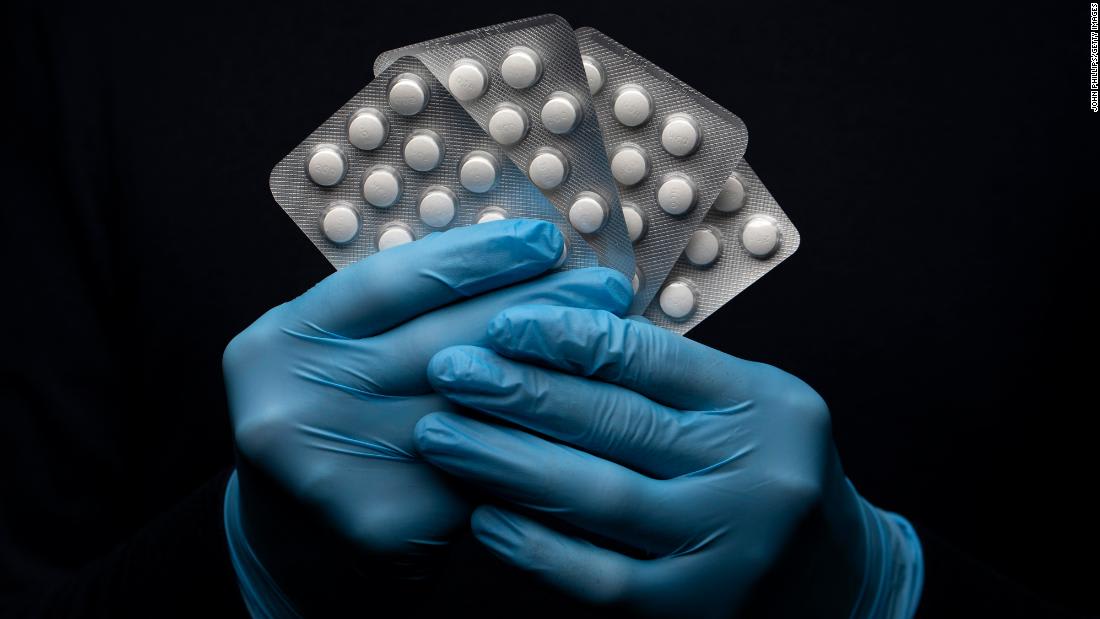 US President Donald Trump and his allies on Capitol Hill are still fighting the pandemic they wish existed, rather than a virus that unfolds at its own pace and is oblivious to their artificial political and economic timetables.

Despite his supposed turn to taking the coronavirus more seriously, Trump on Monday warned some governors should be quicker in opening up their states, ignoring the fact his previous advice on such lines helped spark a surge in cases in the sunbelt.

New stimulus bill: The Senate Republican Party meanwhile split over a new $1 trillion stimulus bill, with some conservatives warning that maintaining federal unemployment benefits at current rates would deter a return to work as the virus rages and delay the restoration of economy.

Still, the impasse predated exceedingly difficult negotiations with Democrats and will inevitably degenerate into a hyper-partisan struggle given the stakes of the approaching election. But any delay could could see millions of Americans who lost jobs in lockdowns deprived of most of a $600 a week federal government lifeline -- that has already paid out for the last time at previous levels.

It also emerged Monday that Trump's national security adviser Robert O'Brien, who works in the President's mask-free West Wing, tested positive for the coronavirus, in a sign of how flaunting basic precautions leaves no one safe from infection even if such steps are politically unpalatable.

Crisis continues: The machinations in Washington unfolded against a backdrop of a crisis that is nowhere near fading despite Trump's upbeat rhetoric. While there are signs the latest explosion of sickness in southern and western states may be cresting, the situation remains dire. By late Monday night, the daily toll stood at 53,972 new infections and 581 reported deaths. 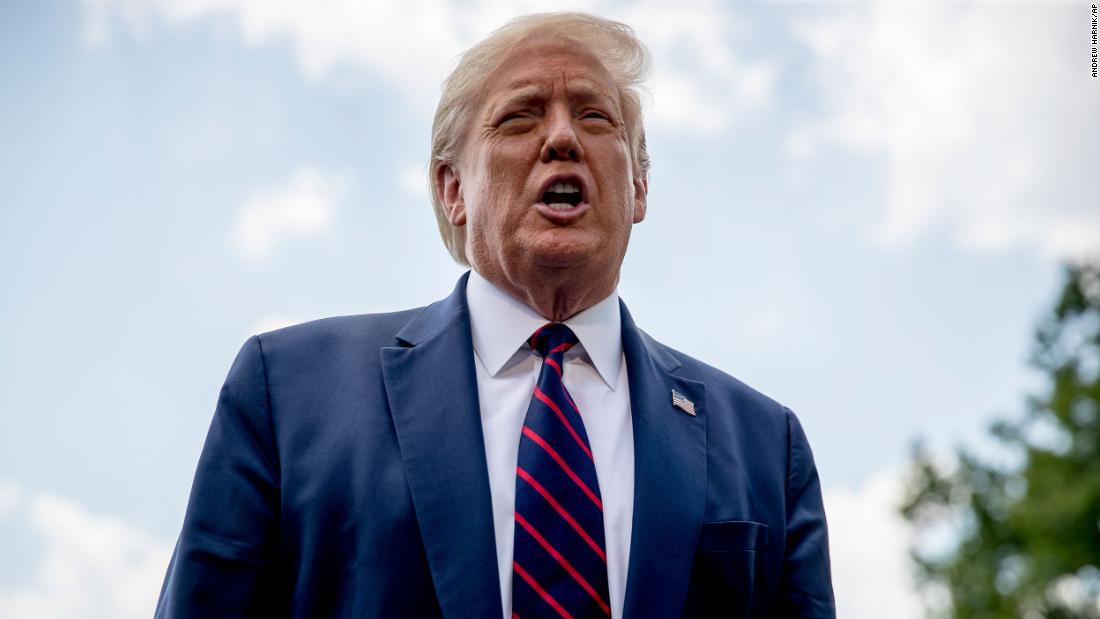 A house party in New Jersey was so packed with partygoers openly flouting the state's Covid-19 crowd guidelines this weekend that it took police officers over five hours to break it up.

The bust occurred on Sunday at around 8:30 p.m., when police officers arrived at a house in Jackson that was being rented out through Airbnb, according to a statement by Captain Steven Laskiewicz posted on the Jackson Police Department's Facebook page.

Still, the party continued to grow, with the crowd surging to an estimated 700 people with well over 100 vehicles parked in the area, according to the statement.

It took police until 1 a.m. to fully clear the residence. The homeowner and two party organizers were each issued summons, the statement said.

"Come on folks! Come on," said Gov. Phil Murphy, reacting to this news during his coronavirus news conference on Monday. "That's needlessly putting men and women in uniform and their families at risk." 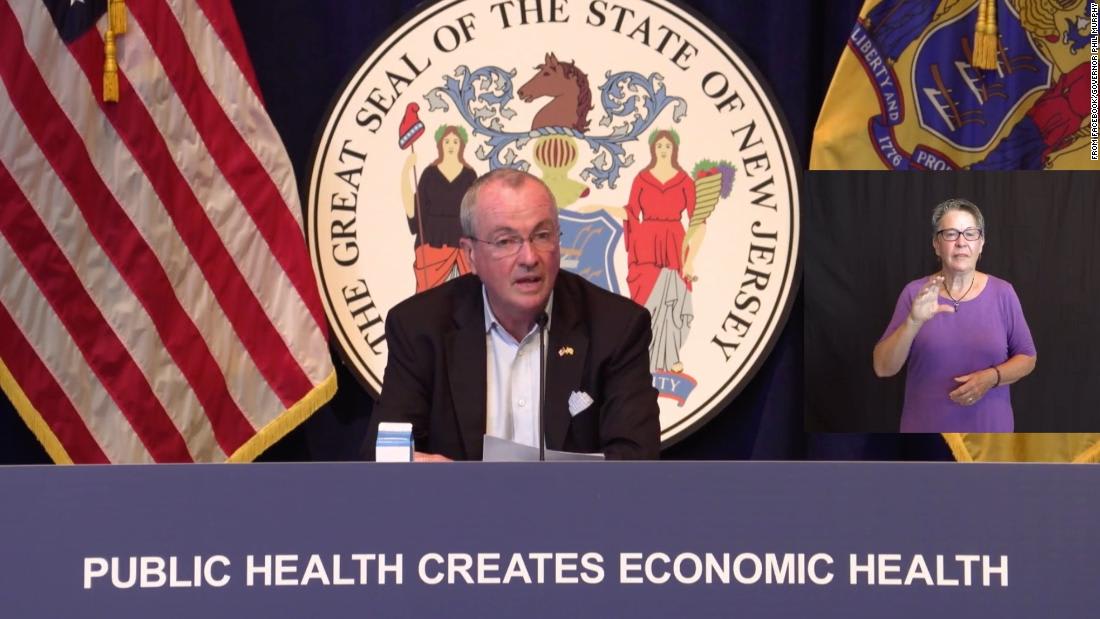 New Jersey governor condemns house party at a packed Airbnb with over 700 guests: 'Come on folks!'

Vietnam has suspended all domestic passenger flights to and from popular tourist destination Da Nang for 15 days, starting from Tuesday, according to Chinhphu, the official state-run newspaper of the Vietnamese government.

This comes after the country reported 11 new locally transmitted Covid-19 cases on Monday evening, including four healthcare workers. A total of 16 new cases had been reported in the past three days, the news report said.

About 80,000 tourists are stranded in Da Nang. Earlier, domestic airlines were asked to increase the number of flights to evacuate them, but they had to depart before midnight Tuesday local time, according to Chinhphu.

Reemergence of the virus: Da Nang witnessed a surge in cases since July 25, after the country had reported no local infections for 100 days. Authorities suspended road passenger transport both within the city and to and from Da Nang, except for the transportation of patients, workers, experts for business establishments, food, and goods.

Reimposed restrictions: In a series of social-distancing measures imposed from midnight Tuesday, residents in six districts of Da Nang are required to stay at home. They can go out for food, medicine, emergencies and work. When they are out, they are required to keep a distance of at least 2 meters from each other.

A ban on gatherings of more than two people was imposed outside offices, schools, hospitals and other public places.

The government of Australia’s Victoria state is transferring elderly care residents into public and private hospitals to protect them from Covid-19, Premier Daniel Andrews said Tuesday.

Around 200 patients have already been moved from aged care homes, where there are 769 active cases.

All but the most serious surgeries have been suspended to make space for the at-risk individuals.

"I cannot stand here and tell you that I have confidence that staff and management across a number of private sector aged care facilities are about to provide the care that is appropriate to keep their residents safe," Andrews said on Thursday.
“The sickest people must get treated quickest ... we owe it to these residents, we owe it to their families," he said.

There are 4,775 active cases in Victoria, among whom 414 are health workers.

The Victorian government believes that Covid-19 patients refusing to isolate are driving the spread of the disease, despite a stay-at-home order imposed on metro Melbourne and the neighboring Mitchell Shire.

Soldiers employed to knock on the doors of Covid-19 patients to enforce quarantine and contact tracing are "sadly finding some people who are positive who are not at home, which is a real concern," Andrews said.