In a further move to contain the epidemic, face masks have become mandatory in more enclosed spaces in France as of Monday morning.

The measure imposed by the French government will require the use of face masks in shops, banks and shopping malls. They were already compulsory in many other indoor spaces like cinemas, museums and places of worship.

There are exceptions to the law.

Employees who interact with the public are included in the law and will have to wear masks. But other companies are free to impose their own rules on mask wearing, following guidelines from the Labor Ministry.

Enforcement is left to the people running the various establishments, with authorities only providing them with a sign saying that masks are compulsory.

Six members of US Forces Korea (USFK) and four dependants have tested positive for coronavirus after arriving in South Korea from the US, USFK said in a statement Monday.

This brings the total number of USFK-affiliated individuals with Covid-19 to 98, the military organization confirmed.

Among the fresh spate of cases are five service members and four dependants who arrived at the Osan Air Base on US government chartered flights on July 12, 14 and 15.

Another service member who landed at Incheon International Airport on a commercial flight on July 13 also tested positive for Covid-19.

Six of the 10 individuals tested positive on a mandatory initial test. The remaining four tested negative on their first test, but later developed symptoms and were retested with positive results.

All 10 have been transferred to isolation facilities on either South Kora's Camp Humphreys or Osan Air Base.

All personnel entering South Korea are tested and quarantined for 14 days, USFK previously said in a tweet.

There has been no domestic transmission within USFK since mid-April, it confirmed.

India has recorded 40,425 new Covid-19 cases in the past 24 hours, the highest daily increase since the outbreak began, the country's Ministry of Health and Family Welfare announced today.

The total number of confirmed coronavirus cases in India has now reached 1,118,043, the third-highest in the world, according to the Indian government.

Delhi said it has so far tested more than 14 million people countrywide for coronavirus, in an attempt to get a handle on the country's expanding epidemic.

The announcement follows an existing global licensing agreement signed with AstraZeneca and the University of Oxford to research, develop and manufacture 100 million doses of a Covid-19 vaccine for the UK public.

“The hunt to find a vaccine is a truly global endeavor, and we are doing everything we can to ensure the British public get access to a safe and effective coronavirus vaccine as soon as possible,” Sharma said, announcing a partnership with companies BioNTech/Pfizer and Valneva, which are developing vaccines against COVID-19.
“This new partnership with some of the world’s foremost pharmaceutical and vaccine companies will ensure the UK has the best chance possible of securing a vaccine that protects those most at risk.”

France-based Pharmaceutical Valneva confirmed the “agreement in principle” with the British government saying it would “provide up to 100 million doses of its SARS-CoV-2 vaccine candidate.”

“The UK government is expected to contribute to UK clinical studies costs and is negotiating funding to expand Valneva’s Scottish facility,” it also said.

Sharma encouraged people to sign up for a newly created NHS website which aims to make it “quicker and easier” for volunteers to join studies and trials.

“The public can also play their part in vaccine research through the new NHS vaccine research register,” he said, setting a target of 500,000 people on the platform by October. “By signing up and participating in important clinical studies, together we can speed up the search for a vaccine and end the pandemic sooner.”

According to Johns Hopkins University's tally of cases in the United States, there were 61,487 new cases of the novel coronavirus reported on Sunday.

There were 415 new fatalities recorded on Sunday, bringing the US death toll to at least 140,534.

The totals include cases from all 50 states, the District of Columbia and other U.S. territories, as well as repatriated cases.

For regular updates, follow CNN’s map which refreshes every 15 mins:

After three days of marathon talks, European leaders have been unable to reach an agreement on a landmark initiative to fund Europe’s recovery from the coronavirus crisis. Leaders will reconvene in Brussels on Monday afternoon.

After all-night discussions, talks stalled early Monday after leaders couldn’t find a way to break through on long list of disagreements including the size of loans and grants required for the EU’s economic recovery plan.

European Council President Charles Michel had proposed that countries would be able to access a recovery package of more than $857 billion (€750 billion) from which $571 billion (€500 billion) would be paid as grants.

Austria, the Netherlands, Denmark and Sweden, the so-called "Frugal Four," had vehemently opposed the idea of €500 billion in grants over concerns of loading their countries with national debt to fund the spending of other countries.

Countries like Spain and Italy said they couldn’t accept a reduction in the volume of grants.

“For us, we don't believe in this grants-based system,” said Dutch Prime Minister Mark Rutte, speaking to journalists on Friday. The Netherlands had proposed linking access to grants to an increased governance mechanism to ensure that countries met the requirements for receiving money.

President Donald Trump just offered a telling glimpse into his priorities as the coronavirus lengthens its trail of death and sickness.

Not bothering to hide his indifference and contempt for science, the President made clear on Sunday that it's more important to him to be ultimately proven right about the pandemic than to reconsider his disastrous approach that is doing little to stop its deadly spread.

Until then, America must endure crammed ICUs in virus-ravaged states, thousands more deaths and the prospect of cities slumping back into economically crippling lockdowns that crush hopes of a return to work and school with normal life as only a memory. 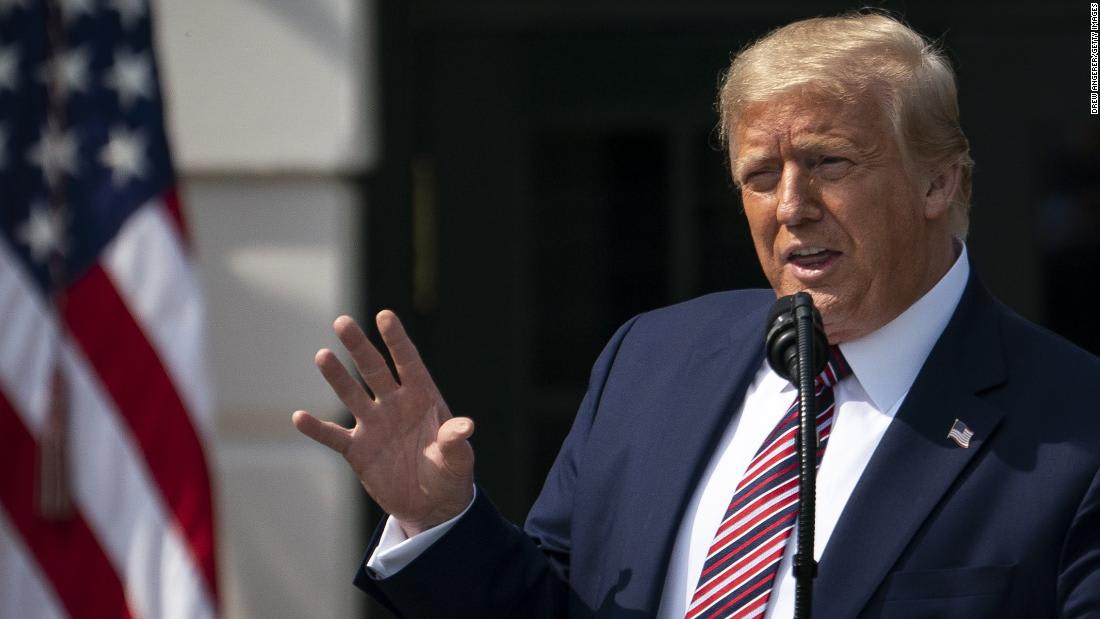 The Health Ministry reported 296 people died of the novel coronavirus in the past 24 hours on Sunday. To date, a total of 39,184 people have died of the coronavirus since the pandemic began.

The Australian state of Victoria has reported 275 new coronavirus cases in the past day, most of which are still under investigation, State Premier Daniel Andrews announced at a press conference today.

Of the 275 new cases, 28 were linked to known outbreaks, while 247 are still being looked into by Victorian authorities.

Andrews also announced that a woman in her 80s had died due to Covid-19, bringing Victoria's death toll to 35.

The number of coronavirus-related patients in hospitals in Victoria has risen to 147 with 31 in ICU, Andrews said.

On July 8, Metropolitan Melbourne and Mitchell Shire, a regional area of Victoria, returned to a Stage Three lockdown for six weeks amid a rise in cases.

People are only allowed to leave their homes to buy food, go to work, receive or give care and exercise, according to the Victoria government.