Harold Wayne Nichols was convicted of raping and killing Karen Pulley in 1988. Before the reprieve was announced, Nichols was scheduled to be executed on August 4.

“I am granting Harold Wayne Nichols a temporary reprieve from execution until December 31, 2020, due to the challenges and disruptions caused by the COVID-19 pandemic,” Lee wrote on Twitter.

Some context: Nichols’ legal team had asked the Tennessee Supreme Court for a stay of execution due to coronavirus. "The pandemic has necessitated numerous restrictions which curb the activities of Mr. Nichols’ legal team," it said in the petition. However, the state’s high court unanimously denied the request on June 4.

Lee’s order does not state a specific reason why the execution should be delayed as a result of the pandemic.

Colombia's health ministry reported a record 8,934 new coronavirus cases on Friday -- taking the country's total number of infections to 182,140 since the pandemic began.

The rising case numbers come as President Ivan Duque resists calls to impose a total lockdown in the country’s most affected areas.

Former Trump administration economist Tomas Philipson said on Friday that his team alerted the White House about the dangers of a looming pandemic about three months before Covid-19 is believed to have made its way into the United States.

Philipson served three years as acting chairman of the administration's Council of Economic Advisers before stepping down in June to resume his teaching role at the University of Chicago. Philipson acknowledged testing positive for Covid-19 less than a month before his White House departure, according to The Wall Street Journal.

On Friday, he told CNN's Poppy Harlow that he co-authored and published a CEA report titled "Mitigating the Impact of Pandemic Influenza through Vaccine Innovation" that warned a pandemic disease could kill as many as half a million Americans and cause up to $3.79 trillion in damage to the US economy.

To note: Previously, President Donald Trump has insisted that no one could have foreseen or prevented the coronavirus outbreak, but Harlow pointed out on Friday that Philipson's 41-page report was presented to senior White House officials last September.

"You guys told them at the highest levels of the White House last year this could happen," she said.

Philipson acknowledged the report was presented to Trump or his top officials. "The White House is fully aware of what CEA puts out," he said. 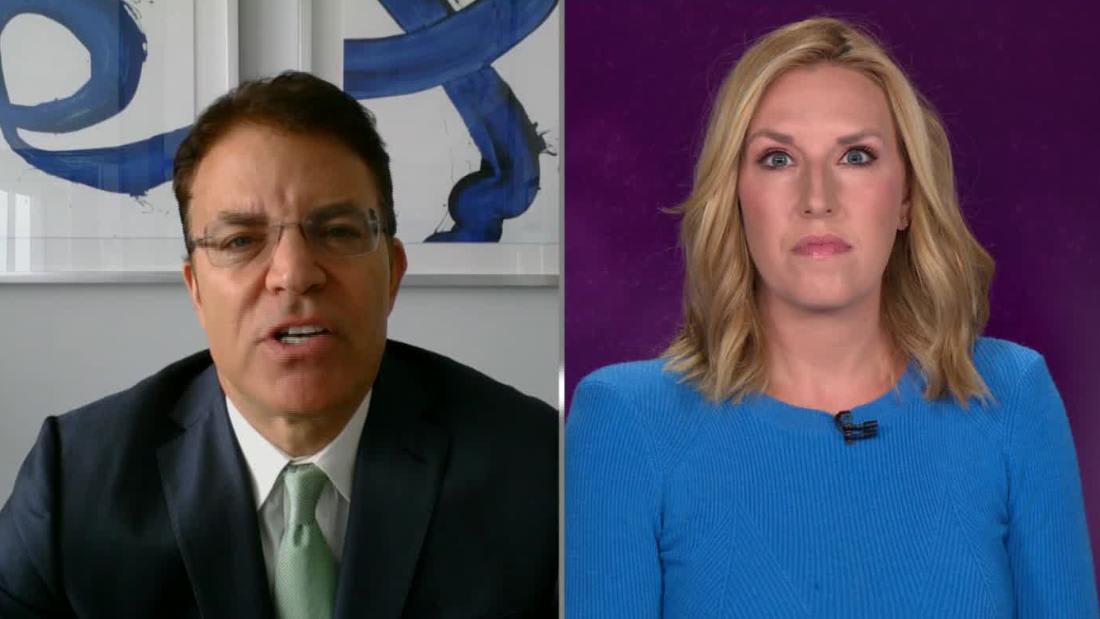 A coronavirus outbreak has spread through a federal law enforcement training facility in South Carolina, prompting the national employees union to call for a halt to training.

At least 23 students and faculty have tested positive at Federal Law Enforcement Training Center in Charleston, where Customs and Border Protection personnel were training, according to the National Treasury Employees Union.

On Friday, the union -- which represents thousands of CBP employees -- officially requested that the agency immediately send home any employees in training, as well as test employees for Covid-19 prior to the departure.

"The FLETC Charleston facility is no longer safe for trainees under the current circumstances," said union National President Tony Reardon in a statement to CNN, adding that the union learned of the "alarming outbreak" earlier this week.

Some context: The outbreak comes amid increased concern about exposure for federal frontline employees and a spike in coronavirus cases in the southern United States. As of Thursday, 1,426 CBP employees have tested positive for Covid-19 and eight have died as a result of the virus, according to the agency. 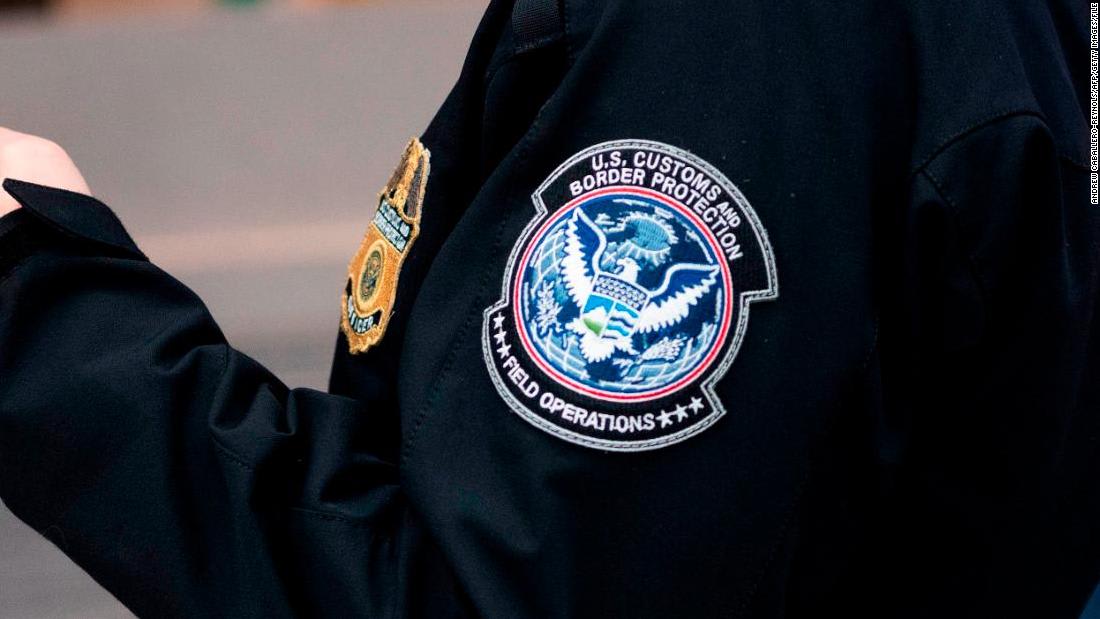 The Federal Bureau of Prisons reported on Friday that 1,072 inmates have tested positive for Covid-19 in Seagoville Federal Correctional Institution in Texas.

The facility is a low-security institution with an adjacent minimum-security satellite camp and a detention center. It has a total population of 1,798 inmates, according to its website.

The Federal Bureau of Prisons stated on its website that it began additional testing of asymptomatic inmates to assist in "slowing transmissions within a correctional setting."

The director of the National Institutes of Health, Dr. Francis Collins, said he’s “optimistic” an “effective treatment” for Covid-19 will be available in two to three months.

“There is a lot of progress in therapeutics,” Collins told CNN Friday. “We have two proven drugs -- remdesivir and dexamethasone, both proven in rigorous randomized control trials, which is the only way you really know if something works.”

What are they: Remdesivir is an antiviral drug that has been shown to reduce the amount of time people are ill with Covid-19. Dexamethasone is a steroid that may reduce the rate of deaths among seriously ill patients.

“And we're in the process of starting, just in the very near future, clinical trials on other compounds -- for instance, anticoagulants,” Collins said.
“We know that people who get very sick, there's something that happens, the blood clots start forming and we could probably help them a lot if we tried to block that. And, maybe most exciting for therapeutics in my view, the use of monoclonal antibodies derived from people who have survived, who have made these antibodies that help them recover, and those can now be turned into products and those trials will get started very soon as well.
“I'm optimistic, without being able to be confident completely, that we'll have something maybe as soon as two or three months from now, in terms of an effective treatment.”

What about a vaccine? Collins is also optimistic about the development of a successful vaccine by the end of the year.

“The first vaccine trial, as you probably heard, building on very successful preliminary data, will get started around about July 27 all across the southern part of the country where the virus is spreading and we're going to find out whether it works by asking 30,000 people to join," he said.

Collins says if one of the vaccine trials is successful, there will be “tens of millions of doses ready to go by the end of 2020, the end of the calendar year.”

“That’s never been done before at this speed. We’re not compromising on the safety. We'll be sure that they work, but if it does, we'll be ready to go … as soon as possible,” he added.

But Collins said he’s worried about what he sees as some Americans’ skepticism of vaccines, adding that it’s important for everyone to get the vaccine when it’s available.

“One of the things I'm worried about is there's a lot of skepticism in America about the vaccine and something like 25% of people say I'm not sure I would take that vaccine,” he said.
“It'll be really critical to do that if we're going to develop the level of herd immunity across the country so that this doesn't come roaring back the next time, the next fall, the next summer. We won’t know."

As the relationship between Dr. Anthony Fauci and President Donald Trump publicly disintegrated over the past few months, Dr. Deborah Birx -- Fauci's former mentee -- solidified her standing inside the White House, to the point that sources familiar with the situation say she has essentially taken charge of running the task force day to day.

Birx spearheaded the administration's recent decision to have hospitals send information on coronavirus patients to a new federal database, a source involved with the process told CNN, bypassing the US Centers for Disease Control and Prevention, an agency Birx has often complained about to colleagues. She has also been a forceful advocate for the President's push to reopen schools, forming a working group to create new guidance after the President criticized the CDC's initial recommendations, calling them "too tough" and "expensive."

Birx's forward-facing role as a public health expert masks an ambitious political chameleon, whose staying power in numerous administrations during her three decades in government has come at no small cost to her management style and her notoriety among peers, according to interviews with more than a dozen people who have worked with her, including current and former administration officials.

Birx's rise inside the Trump administration has surprised many of her former colleagues, given her past as an Obama appointee. It's also tainted her reputation among some public health experts who view her as having sold out to a chaotic, poorly managed response that has put Trump's political fortunes over the health and safety of Americans.

"Her reputation is finished," a former State Department colleague said, mentioning specifically the moment in April when, with Birx sitting nearby, Trump talked about using disinfectant as a cure for the coronavirus. "It's one thing to be disagreeing on policy, but you're a medical doctor and you're going to sit in room with this President who says you can inject yourself with bleach?"
"I feel she has signed her fate in blood with these guys," the person added. "She's a Trumper now."

Birx did not respond to requests for comment from CNN about her relationship with the President or her motivations for continuing in the role as he continues to push back against the advice of her medical counterparts. 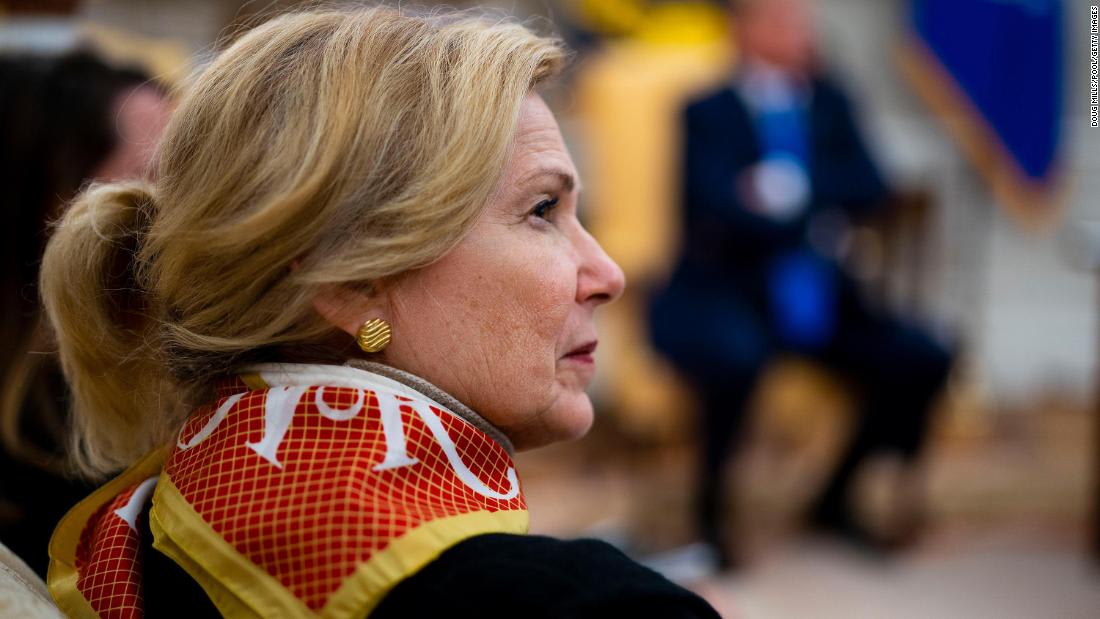 How Dr. Deborah Birx's political skills made her the most powerful person on the coronavirus task force

The Georgia Department of Public Health (GDPH) reported 3,908 new confirmed cases of Covid-19 in the state on Friday.

Dr. Francis Collins, the director of the National Institutes of Health, told CNN that the US is "certainly not winning the battle against coronavirus" but could get it under control.

“What happened was we had the terrible outbreaks in March and April, particularly in New York. And a lot of hard work got done, a lot of people were sent home to shelter in place and people learned about social distancing and wearing masks,” Collins said. “There were these phases that were supposed to be followed with various benchmarks along the way and unfortunately some of those just got skipped."

The United States is setting records with daily new cases of coronavirus and inching closer to Dr. Anthony Fauci’s prediction of 100,000 Covid-19 cases a day.

“We shouldn't feel hopeless here and we know what works,” Collins said. “We know that if we could, as Americans, agree to take those recommendations to heart, that we would keep our masks on when we're outside, we'd stay more than six feet apart from each other and we would avoid indoor gatherings where there's a big chance of spread, we wash our hands and all that, then we could implement what we know has worked."