The goal is to not exceed a positivity rate of 10%, according to the Miami-Dade Mayor’s office, but the county has exceeded the 10% mark for the past 14 days. Its current 14-day average is 22%.

The state of Florida does not release the number of current Covid-19 patients in the state.

The state only releases the number of available hospital beds, which is currently 15,291 (26%). As for ICU beds available in Florida, the state reports there are currently 1,310 available, which is 22 percent.

Here is a breakdown of the hospitalization data released by Miami-Dade County Government:

Australia's timeline for restricting travel across the state border between New South Wales (NSW) and Victoria has been moved up, after all of Melbourne was deemed a coronavirus hotspot, officials say.

Speaking at a press conference Monday morning, NSW Premier Gladys Berejiklian said that "for the next 24 hours the 'hotspots' will extend to all of Melbourne, so no one from the city will be able to cross the border into NSW."

Earlier it was announced that the border between NSW and Victoria, where Melbourne is located, would be temporarily closed from Wednesday morning in order to curb the spread of coronavirus.

In a statement released by NSW government, all travelers returning from Melbourne and the state of Victoria will be required to self-isolate for 14 days and could face "heavy penalties and fines" for non-compliance.

"We have done this based on health advice, and especially given the fact that when our nation had those higher number of cases back in February and March, the vast majority of cases were from overseas travelers or their direct contacts," Berejiklian said.
"What is happening in Victoria is very different, which is why we’ve had to take this necessary step," she added.

Pakistan's top health official and special adviser to the prime minister, Dr. Zafar Mirza, confirmed today that he has tested positive for coronavirus.

Mirza, who is leading the government’s public health initiative against the virus, tweeted on Monday morning that he has mild symptoms and is currently isolating at home.

On Friday, Pakistan's Foreign Minister Shah Mahmood Qureshi confirmed that he had tested positive for Covid-19.

Pakistan has a total of 231,817 confirmed cases of the virus, and 4,762 deaths, according to the country’s health ministry.

After a muted holiday weekend -- which saw both measured celebrations and packed crowds -- the United States faces a deep coronavirus crisis as cases continue to climb and more hospitals report they're nearing capacity.

This week marks about two months since many states kicked off their reopening plans -- which now officials across the country say came too quickly.

"There's no doubt ... that when we reopened, people started socializing as if the virus didn't exist," Miami Mayor Francis Suarez told ABC This Week.

In Texas, which reported its second highest day of new cases over the weekend, a local leader said the state opened "too early, too much," driving Houston hospitals to surge capacity in recent days.

"If I could go back and redo anything it probably would have been the opening of bars, now seeing in the aftermath how quickly the coronavirus spread in the bar setting," Texas Gov. Greg Abbott has told CNN affiliate KVIA. 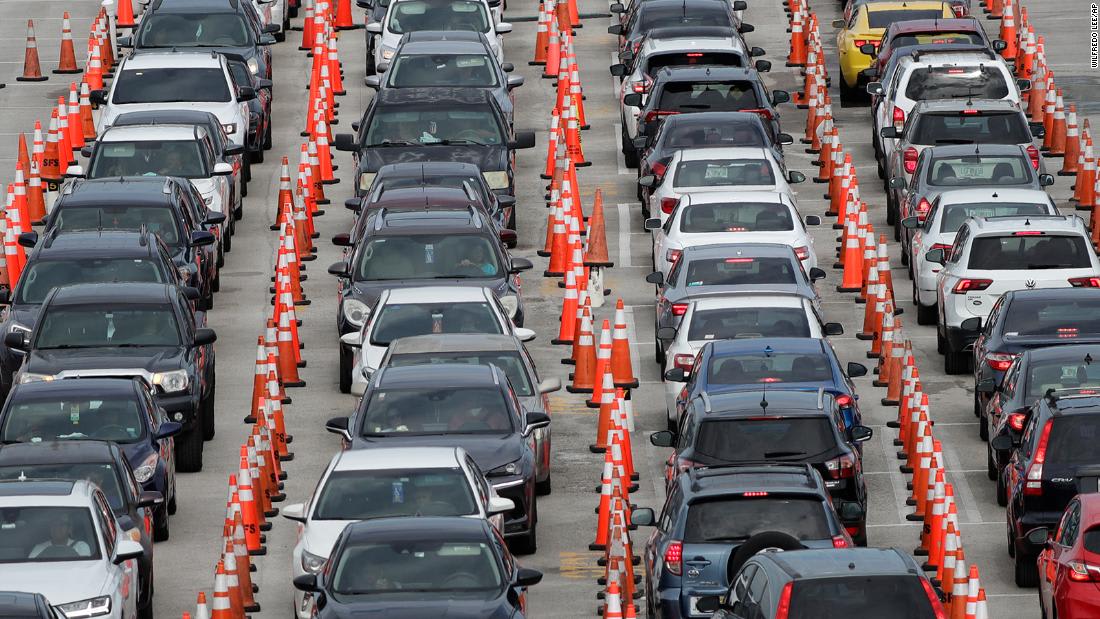 California recorded 11,786 new cases of coronavirus on Sunday -- the highest one-day jump in cases seen anywhere in the US so far, according to data by Johns Hopkins University.

California, New York, and Florida are now the only three states to have recorded daily case totals above 10,000.

California also reported 39 new deaths on Sunday, according to JHU.

The new figures raise the state's total to 264,681 confirmed cases and 6,373 related deaths, according to JHU.

India's iconic Taj Mahal will remain closed, even as other monuments reopen around the country, due to the high risk of coronavirus, announced the Agra city district magistrate on Sunday.

All centrally protected monuments are reopening today, with new rules to prioritize "sanitation, social distancing & other health protocols," according to the Ministry of Tourism.

While the Taj Mahal is among India's centrally-protected monuments, the district magistrate's order said that the monument would stay closed because it's located in a "buffer zone" -- an area between two containment zones where restrictions are in place to limit the spread of coronavirus.

Several other monuments in Agra, such as the Agra Fort and Fatehpur Sikri, will also remain closed, according to the order.

There are 3,691 centrally protected monuments nationwide, according to the Ministry of Culture. They have largely been shut since March 17.

Of these, about 820 monuments considered places of worship were allowed to reopen in early June. The rest finally reopen today, with new protocols like e-ticketing and a daily cap on visitor numbers.

On Monday, India's Ministry of Health and Family Welfare announced 24,248 new coronavirus cases recorded in the past 24 hours, raising the national total to 697,413 cases.

Only the US, with 2.8 million cases and Brazil, with 1.6 million, have more confirmed cases, according to data by John Hopkins University.

This comes as the southern state of Kerala implements a strict week-long lockdown in the capital Thiruvananthapuram.

The lockdown began Monday morning and all non-essential businesses and public transportation are shut down, according to a notification issued by district authorities.

The gulf between reality and President Donald Trump's delusional vision of a waning coronavirus threat was on full display this weekend, as cases soared in key hotspots while he delivered speeches at Mount Rushmore and at the White House, with little physical distancing and few masks, directly contradicting the advice from his public health experts.

Playing with fire at a time when public health experts say the spread of the virus appears to be spiraling out of control, Trump continued gaslighting Americans about the threat to their health. During a Fourth of July speech from the South Lawn of the White House, he minimized the dangers of Covid-19 with a baseless statement that 99% of coronavirus cases are "harmless" -- a claim his Food and Drug Administration chief could not back up Sunday morning.

With many Americans flouting public health guidelines during the holiday weekend, Trump's conduct is creating an inflection point for the GOP at a time when his poll numbers have tumbled.

With American lives on the line, the question now is whether members of the Republican Party will continue to stand by in silence as the President peddles fiction about a deadly virus, and if so, will they pay a price at the ballot box in November.

While Republicans deserted Trump on the issue of facial coverings -- with many urging Americans to wear masks over the past week -- they have been mostly silent about Trump's effort to deceive the public about the risks the virus poses. 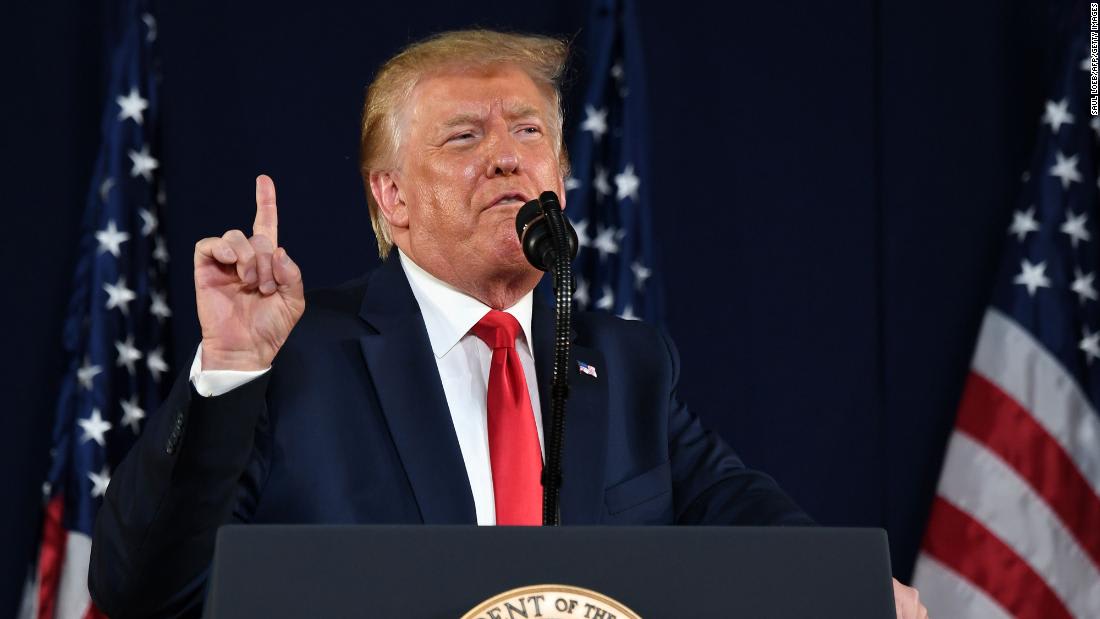