The Middle East is at a “critical threshold” in the outbreak as countries across the region have started to ease their lockdowns and the pandemic speeds up, according to Dr. Ahmed Al-Mandhari, regional director for World Health Organization’s Eastern Mediterranean Region.

Al-Mandhari said that three countries -- Iran, Saudi Arabia and Pakistan -- make up more than 50% total cases reported in the region, with increasing numbers of cases reported by Iraq, Libya, Morocco, the Palestinian Authority and Oman.

“As public spaces begin opening up, there is a real risk that we will continue to see an increase in cases, even in countries where the situation now seems to be stabilizing,” he said.

“We are at a critical threshold in our region. Easing of lockdowns does not mean easing of the response or easing of social responsibilities.

"Governments must aggressively scale up the proven public health measures that we know control the spread of the virus -- detection, testing, isolation, treatment and contact tracing -- now more than ever before. As airports and border crossing open gradually, governments must continue to apply precautionary measures by enhancing surveillance at points of entries,” he added.

Virus assumed to be widespread in Syria and Yemen: Al-Mandhari added that while fewer cases are being reported from countries facing "complex emergencies," including Syria and Yemen, WHO is "working on the assumption that the virus is widespread, and are concerned about the ability of their weakened health system to detect and control its spread."

A man died two days after his wedding after becoming infected with novel coronavirus in the east Indian state of Bihar.

The wedding took place two weeks ago in the Paliganj division in Bihar.

The patients who tested positive have been taken to a local treatment center.

Germany’s Toennies meat processing plant -- the epicenter of a fresh coronavirus outbreak in the country -- will have its mandatory quarantine period extended for a further two weeks, until July 17, the Health Ministry in North Rhine-Westphalia said Wednesday.

Guetersloh district, where the facility is located, returned to lockdown measures last week after the outbreak in the factory.

The extension comes a week after officials confirmed that more than 1,500 workers at the family-owned meatpacking plant had tested positive for Covid-19, with more than 2,000 positive cases recorded across the Guetersloh district.

Lockdown measures will be extended for all those who work at the plant, which is situated in Rheda-Wiedenbrueck, or who live in one of the plant’s communal accommodation facilities, the ministry said in a statement.

As of Wednesday, a total of 389 Toennies employees have since been granted permission to leave quarantine after recovering from the virus.

According to data from the Robert Koch Institute (RKI) for infectious diseases, there are now at least 5,900 active coronavirus cases in Germany, with a total of 195,228 cases recorded since the beginning of the outbreak.

The national death toll has increased by nine since Wednesday’s confirmed total, bringing the total number of coronavirus-related fatalities to 8,994.

The US set another record for new coronavirus cases days before the July Fourth weekend -- with at least 23 states pausing reopening plans to combat the spreading infections.

There were 50,203 new coronavirus cases reported nationwide Wednesday, a single-day record. It took a little over two months to record numbers close to that nationwide when the pandemic started. And just last week, new cases soared to another record high.

"We know people are tired of being cooped up at home ... but cases surged after Memorial Day," said Dean Sidelinger, the Oregon state health officer. "We don't want the same thing to happen over the Independence Day holiday."

In Nebraska, officials warned residents to maintain a contact list for future tracing if they have to invite guests over for July Fourth. They urged people to hold such events outdoors if possible, avoid sharing items such as sun screen and maintain social distancing.

The Fourth of July weekend could be the "perfect storm" for a spike in coronavirus cases, said Dr. Joshua Barocas, an infectious disease physician at Boston Medical Center. 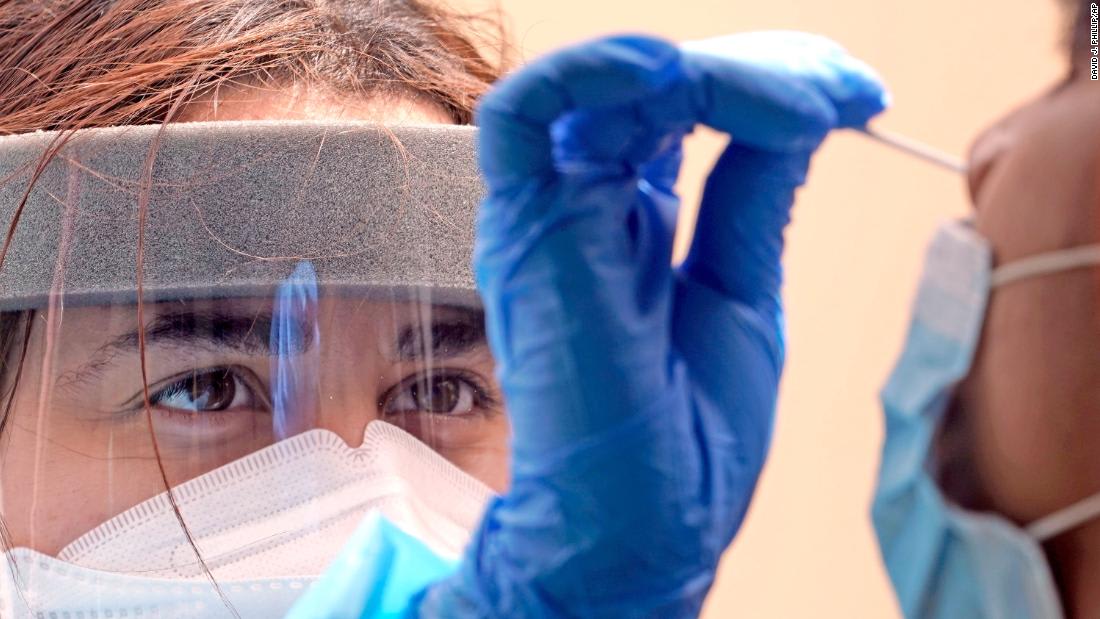 Four Indian police officers were arrested Wednesday for allegedly murdering a father and son who were in custody after being accused of breaking coronavirus restrictions.

A fifth police officer is set to be arrested today, said K Shankar, a senior police officer of the Criminal Investigation Department in the Indian state of Tamil Nadu, where the alleged murders occurred.

The deaths of the pair last month renewed outrage in India over police brutality, with the men's family members, politicians and human rights activists alleging officers tortured the pair before they died.

On Tuesday, Tamil Nadu's highest court said there was enough evidence to charge the police officers involved in the case with murder, based on the victims' injuries and formal statements.

In a statement Monday, non-profit Commonwealth Human Rights Initiative said the case showed the need for India to enact a strong law to prohibit and prosecute police torture and custodial death.

"It sends a chilling message about how broken the system is, the failure of police and political leaders to step up accountability measures for illegality," India executive committee chair Wajahat Habibullah said in a statement. 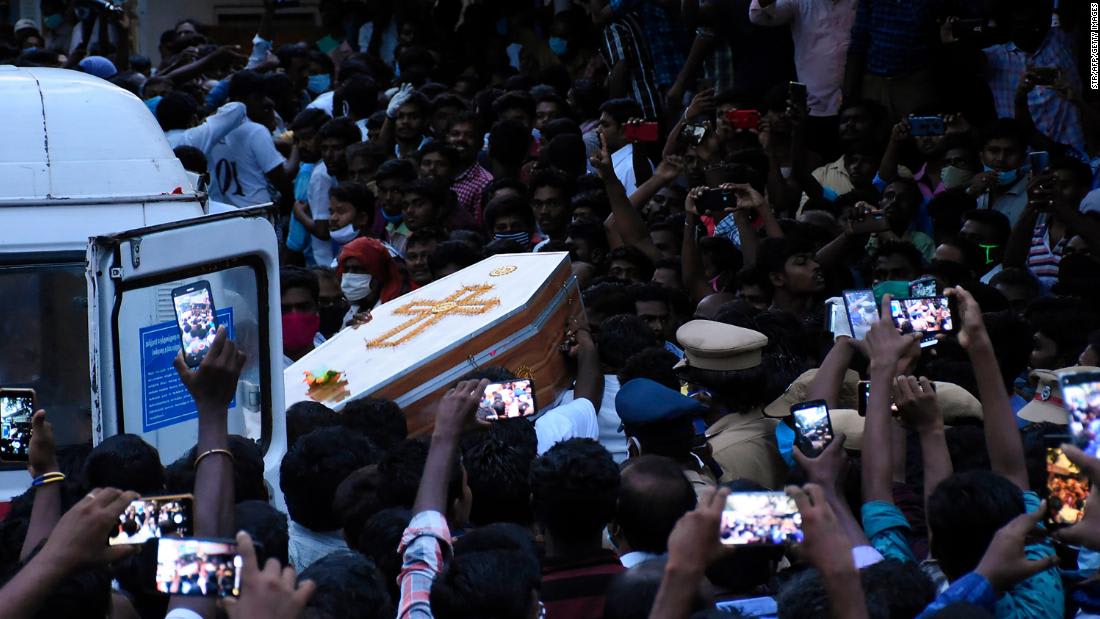 They were arrested for breaking lockdown rules. Now they are dead

The number of active-duty military personnel infected with the novel coronavirus has more than doubled in the past three weeks, according to figures published by the Defense Department.

The rise in cases comes as at least 19 states have paused or rolled back their reopening plans in response to a surge in new infections.

Defense officials say the "uptick" in cases at military installations has happened "largely around where we are seeing it in the civilian communities, so in Florida, in Texas, in Arizona, some parts of California," according to Thomas McCaffrey, assistant secretary of defense for health affairs.

The Air Force in particular is seeing a "hot spot" in San Antonio, where Lackland Air Force Base is located, according to an Air Force official. There is also concern about several Air Force installations in Florida, the official said. 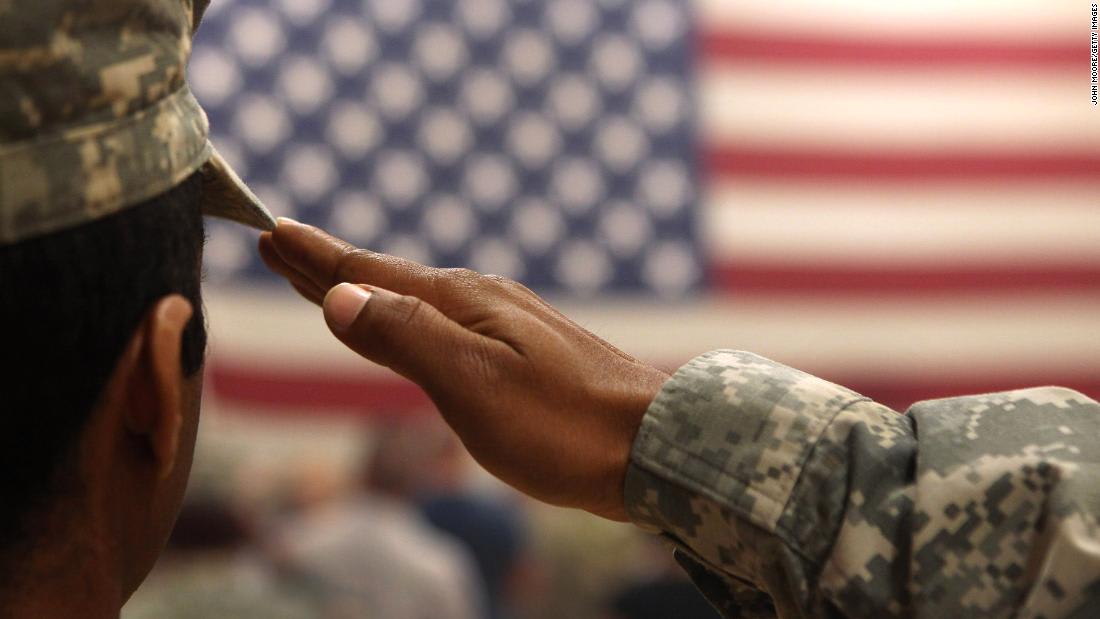 After three months of encouraging tourists to stay away from Hawaii, the state will begin easing its mandatory quarantine on August 1.

"Now is the time to work together as a community to ensure that our residents and local businesses can safely return to a larger volume of travelers," Gov. David Ige said in a press conference at Honolulu's Daniel K. Inouye International Airport.

Hawaiian Airlines said on July 1 it will add hundreds of weekly flights to its schedule between Hawaii and the US mainland, as the state government eases its quarantine rules.

The restrictions have mandated a 14-day quarantine for nearly all travelers in and out of the state, as well as for travel among its islands.

Those rules have made travel into the state almost nonexistent since April, according to a major airline industry group.

Starting August 1, the state will allow travelers to avoid the quarantine as long as they can show that they've tested negative for Covid-19 within 72 hours of their arrival.

The state said it will not provide testing for passengers at the airport, and travelers will still be required to undergo temperature checks. 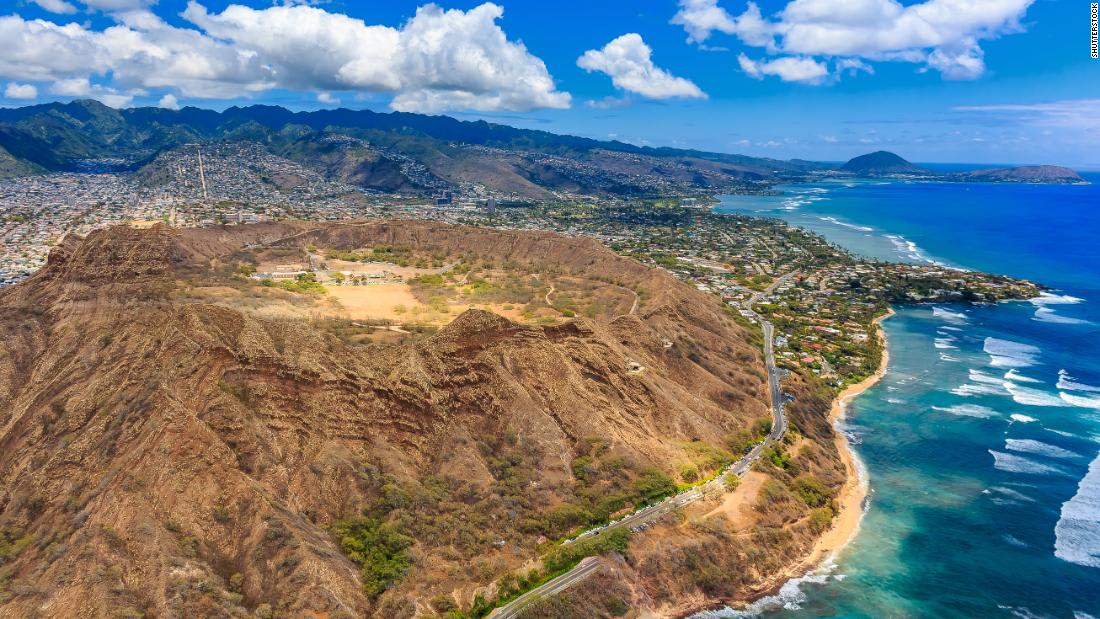 More flights to Hawaii once quarantine not mandatory

Covid-19 was the last thing on his mind when he went to a crowded bar in Scottsdale, Arizona, Jimmy Flores said.

We were on the verge of reopening, and we didn't really care about Covid, to be honest with you," Flores said.

Two days later, he awoke with a fever and body sores, Flores told CNN's Erin Burnett. A week later, he was in the hospital and put on a breathing tube.

Arizona has been one of the harder hit areas in the pandemic recently, with cases soaring. The state has at least 84,093 people infected, up from 46,689 reported June 19. 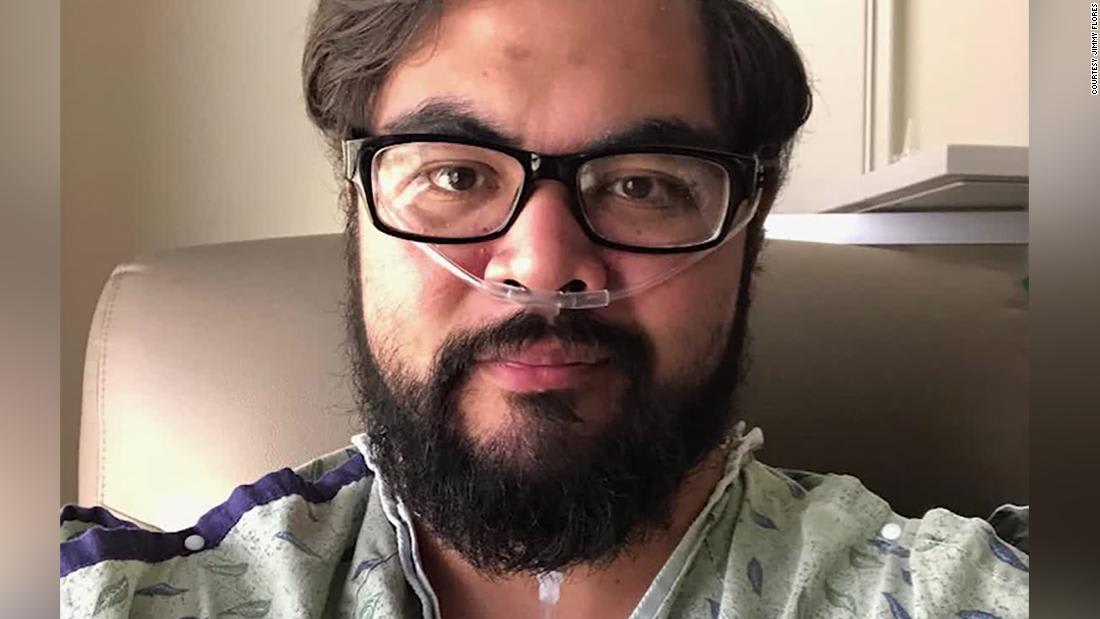 A healthy 30-year-old man went to a crowded bar. He ended up in a hospital on a breathing tube

Six FC Dallas players have tested positive for Covid-19 since arriving in Florida ahead of the upcoming "MLS is Back Tournament," the league says.

The players, who have not been identified, are in isolation at the team's hotel in the Walt Disney World Resort, which is hosting the tournament set to begin on July 8.

The announcement comes as major league sports in the US begin executing their plans to play in the midst of the pandemic, as coronavirus cases across the country soar. 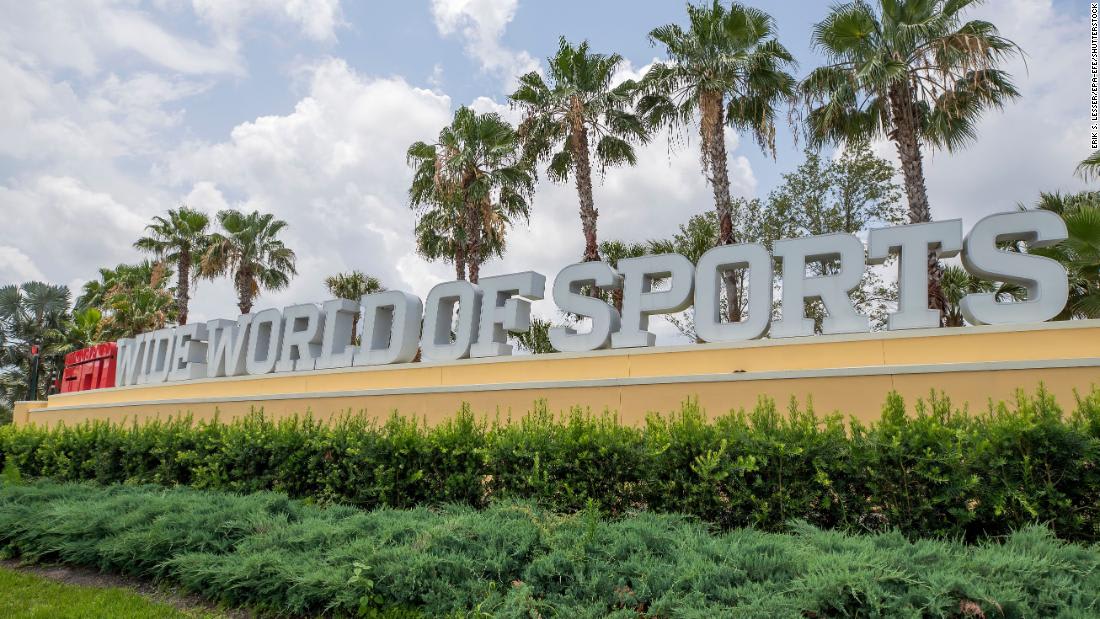