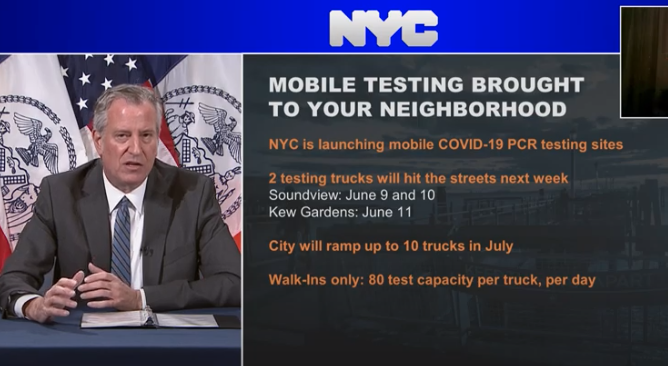 Twenty-six states report that 50% or more of their Covid-19 deaths occurred in long-term care facilities (LTCFs) – such as nursing homes and group homes – according to a report by three doctors at Boston Medical Center and Boston University School of Medicine.

Minnesota and Rhode Island top the list, each reporting that 81% of Covid-19 deaths occurred in long-term care facilities, followed by Connecticut with 71% and New Hampshire with 70%.

New York reported the lowest proportion of Covid-19 deaths in long-term care facilities: 21%. The study authors say that is likely a “gross underestimate” caused in part by lack of available coronavirus testing in long-term care facilities, coupled with the fact that Covid-19 deaths were only counted as such if they were backed by a positive test.

“Once we get accurate counts of the COVID-19 deaths in all states, we will likely see a big increase in the total number of deaths in the United States,” Dr.Thomas Perls, professor of medicine at Boston University School of Medicine and one of the study’s authors, said in a statement.

How is this compared to other countries? The study authors write that the numbers are not out of line with what many other countries are reporting. “Most other countries with large numbers of LTCFs are likely also experiencing a greater than 50% rate of their COVID-19 deaths within LTCFs. The World Health Organization estimates that half of COVID-19 deaths in Europe and the Baltics are among their 4.1 million LTCF residents,” they write. “Once France began to include LTCF deaths in its count, the country’s death rate nearly doubled. Canada’s National Institute on Aging indicated on May 6 that 82% of the country’s COVID-19 deaths had been in long term care settings.”

Why are nursing homes and other long-term care facilities so vulnerable? Among the many reasons, the article notes that they have “a high density of people with a combination of the strongest risk factors for COVID-19 associated severe illness and death: old age and multiple morbidities.” The CDC indicates that 39% of the 1.3 million nursing home residents in the U.S. are 85 and older.

This analysis used data from 40 states and Washington, DC, from the Kaiser Family Foundation and from the Massachusetts Department of Health. It was published in the Journal of the American Geriatrics Society on Friday.

A survey by the UK’s Office for National Statistics has given an insight into how Britons are behaving and feeling as coronavirus lockdown conditions ease.

Nine in 10 people said they had left their homes in seven days before they were surveyed, the ONS found. The survey was conducted between May 28 and 31.

However, only 28% of adults reported they had used face coverings outside their home in that seven-day period.

The government announced Thursday that face coverings would be mandatory on all public transport in England starting June 15. The rule could be enforced by the country's transport police, Transport Minister Grant Shapps said. Exceptions will be made for children, the elderly and those with respiratory problems.

The United Kingdom has recorded nearly 40,000 Covid-19-related deaths, the second-highest number in the world after the United States.