Australia is entering its first recession in nearly three decades, largely due to the economic impact of the Covid-19 pandemic, Treasurer Josh Frydenberg said on Wednesday.

The nation's economy contracted 0.3% in the first three months of this year, according to the Australian Bureau of Statistics. Frydenberg said he expected figures for the second quarter of 2020 to be worse.

When asked at a news conference on Wednesday whether Australia is in recession, Frydenberg replied: "Yes and that is on the basis of the advice that I have from the Treasury Department about where the June quarter is expected to be."

Experts say Australia was able to weather other serious global financial crises thanks to a combination of steady population growth, a rise in exports and the increasing importance of its service economy.

Frydenberg acknowledged the Covid-19 shutdown as the end of a 29-year run of economic growth in Australia, but praised his government's economic stimulus measures. "We have avoided the economic fate, and the health fate, of other nations because of the measures," he said.

A cyclone is expected to make landfall near Alibag in the Indian state of Maharashtra -- a region already reeling from the impact of coronavirus -- on Wednesday afternoon, according to the India Meteorological Department.

Maharashtra has been hit harder by Covid-19 than any other state in India. A total of 72,300 cases and 2,465 virus-related deaths have been reported there, and the storm poses a fresh challenge to authorities attempting to enforce social distancing rules.

The department said that Cyclone Nisarga will cross north Maharashtra, including the city of Mumbai -- home to more than 18 million people -- and the adjoining state of Gujarat's coast in western India.

More than 60,000 people from Maharashtra’s coastal districts, including Mumbai, and over 50,000 people living in low-lying areas along the coast of southern Gujarat have been evacuated, according to authorities.

India's National Disaster Response Force has deployed 20 teams in Maharashtra, 16 teams in Gujarat and two teams in the Union Territory of Daman and Diu.

At least 90 people were killed and thousands more left homeless after Cyclone Amphan slammed into coastal towns and cities in India and Bangladesh last month. Amphan was the most powerful cyclone ever recorded in the Bay of Bengal, but it weakened before making landfall.

A Rohingya refugee has died in Bangladesh in the first Covid-19-related fatality at the world's largest refugee camp, the United Nations agency charged with protecting refugees said.

The refugee, who was not named, tested positive for the virus near Cox's Bazar.

The camps near the city are home to nearly a million Rohingya refugees, many of whom fled across the border to escape violence in neighboring Myanmar.

The first known cases in the camps were confirmed last month, prompting serious concerns about the virus' spread there. The majority of the refugees live in densely packed, squalid conditions.

The University of Southern California plans to resume in-person classes for the fall semester starting August, USC President Carol Folt said in a letter to students on Tuesday.

Folt said that starting the week of August 10, orientation for incoming students will be conducted online. Small, in-person events will be held if possible.

“While we still have many details to work out, we are planning for an in-person fall semester for students beginning on August 17, 2020, a week earlier than originally scheduled,” she said.

Folt said the plans, however, are "contingent on several factors, including the continued spread of COVID-19, and the health orders from state and local authorities.”

The university is planning to mandate that anyone on campus and in a classroom wear face coverings and practice physical distancing. Every in-person class for undergraduate students will also be offered online, the letter said. Classrooms and offices are being reconfigured to meet physical distancing requirements.

According to the letter, all classes, including final exams, will end by Thanksgiving to minimize the spread of the coronavirus as flu season starts. There will be no fall break.

“Things could change, but we are excited to move forward and to have you back,” Folt said.

USC is one of the biggest schools in Southern California. A total of 48,500 students were enrolled in the 2019-2020 academic year, according the university’s website. Like many schools across the United States, USC moved all its courses online as the coronavirus pandemic spread throughout the country.

The novel coronavirus has infected nearly 6.4 million people and killed at least 380,000 worldwide. If you're just joining us, here's what you should know:

India has identified another 8,909 confirmed cases of the novel coronavirus in the past 24 hours -- the most in a single day since the pandemic began -- pushing the nationwide total to 207,615, the country's Ministry of Health and Welfare said.

More than 5,800 people have died in the country after contracting the virus, the ministry said.

India is the seventh country to pass the 200,000 confirmed case threshold, according to data compiled by Johns Hopkins University.

Japan’s health ministry said 52 new coronavirus cases were identified in the country on Tuesday -- 34 of which were in Tokyo.

Authorities in the Japanese capital rolled out a new alert system on Tuesday night, in large part due to the spike in cases there. The Tokyo region has recorded 5,283 cases of Covid-19, killing 306 people.

Total numbers: 17,698 patients have contracted Covid-19 in Japan, 913 of whom have died. Of those, 712 cases and 13 fatalities are tied to the Diamond Princess cruise ship.

South Korea has approved imports of the antivirus drug remdesivir, the country’s Ministry of Food and Drug Safety said in a news release on Wednesday.

Authorities said the decision was made because the drug had meaningfully shortened the treatment period for severe cases of Covid-19 in the United States, Japan and United Kingdom during the pandemic.

Remdesivir has helped speed up recovery in moderately ill patients with pneumonia from Covid-19, drugmaker Gilead Sciences said Monday. Remdesivir is approved to treat Covid-19 in Japan, but is considered an investigational treatment for Covid-19 elsewhere in the world, Gilead said in a statement.

South Korea’s Ministry of Food and Drug Safety and its Centers for Disease Control and Prevention (KCDC) will negotiate with drug importer Gilead Science Korea to import the drug as soon as possible, the release said.

People from the UK's ethnic minority communities are up to 50% more likely to die with coronavirus than their white British peers, a government review has found.

The analysis, conducted by government agency Public Health England (PHE), found that people of Bangladeshi heritage who tested positive for the virus were around twice as likely to die as their white British peers.

People from other minority communities, including those of Chinese, Indian, Pakistani and Caribbean descent, also had a 10% to 50% higher risk of death when compared to white Britons, the report found.

Those from black ethnic groups were also more likely to be diagnosed with Covid-19. The diagnosis rate per 100,000 of the population was 486 for black women and 649 for black men, compared to 220 for white women and 224 for white men.

The document was published Tuesday -- after the UK government denied British media reports that its release had been delayed due to protests in the United States over the killing of George Floyd. 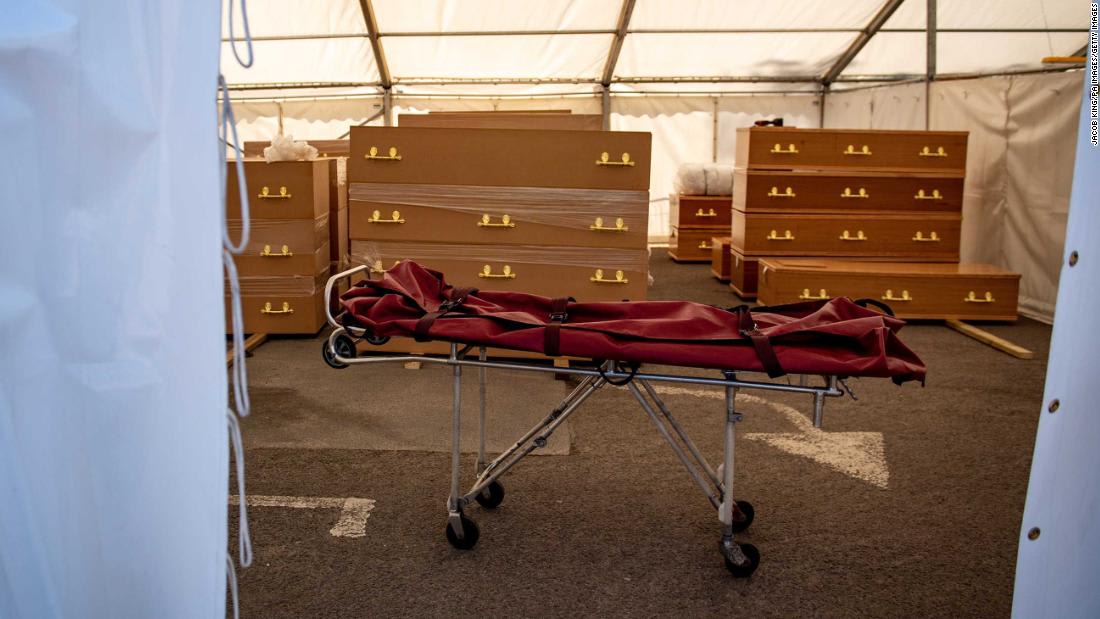 People from ethnic minorities are up to 50% more likely to die from coronavirus than white people, UK report finds