China reported no new symptomatic coronavirus cases on Saturday, for the first time since the beginning of the outbreak in December.

There were 28 new asymptomatic cases, which are counted separately, the National Health Commission (NHC) said.

With no new deaths reported, China's death toll stands at 4,634.

Of the 82,971 patients who have been confirmed with coronavirus since the outbreak began, 78,258 have since recovered and been discharged from hospital, the NHC said.

A man in the US state of Georgia is charged with defrauding his employer by falsely claiming he was infected with Covid-19, federal prosecutors say.

Santwon Antonio Davis, 34, of Morrow, a suburb of Atlanta, worked for a Fortune 500 company with a facility in the Atlanta area, according to a news release from the US attorney's office in Atlanta.

He allegedly submitted a falsified medical record to the company, which then closed the facility for cleaning "in concern for its employees and customers," and paid employees during the shutdown, the release says.

That cost the corporation more than $100,000 and forced the unnecessary quarantine of several other employees, according to the US attorney's office.

"The defendant caused unnecessary economic loss to his employer and distress to his coworkers and their families," US Attorney Byung J. Pak said.

An affidavit filed by an FBI agent said the company repeatedly contacted Davis in an effort to get a copy of a positive Covid-19 test but he never provided it. Davis has since admitted he did not have Covid-19, according to the US attorney's office. 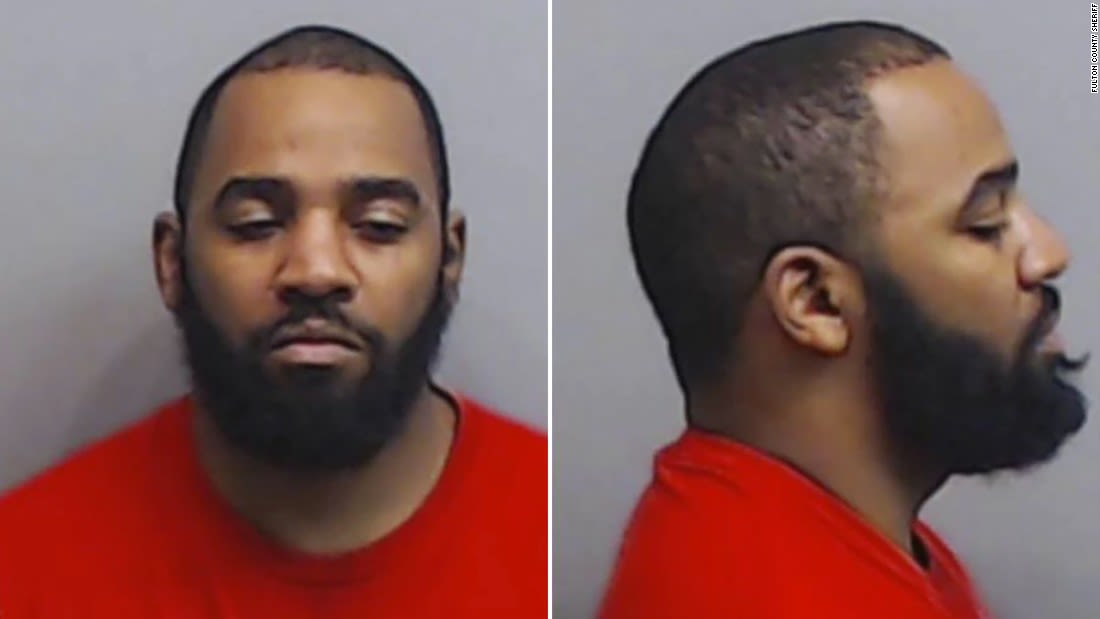 Georgia man charged with fraud for falsely claiming he was infected with Covid-19, federal prosecutors say

The car rental company Hertz filed for bankruptcy on Friday, becoming the latest victim of the sudden economic downturn sparked by the Covid-19 pandemic.

The company had missed an April 27 payment due to a group of lenders that leases vehicles in Hertz's day-to-day US rental fleet. The lenders extended a grace period for the payment only until May 22.

By declaring bankruptcy, Hertz says it intends to stay in business while restructuring its debts and emerge a financially healthier company.

Some background: The company rents cars under the brands Hertz, Dollar, Thrifty and Firefly, a discount brand outside the United States.

Hertz has been devastated by the plunge in travel since the pandemic hit earlier this year. Nearly two-thirds of its revenue comes from rentals at airport locations, and air travel has fallen sharply.

The company has already made deep cuts to stem losses. Hertz cut 12,000 of its 38,000 employees in North America, while another 4,000 are on furloughs.

Hertz has been renting cars since 1918, when it first rented a dozen Ford Model Ts, and has survived the Great Depression, the virtual halt of US auto production during World War II, and numerous oil price shocks.

Researchers in China reported results from one of the first Covid-19 vaccine trials Friday, but experts who spoke to CNN were skeptical of their findings and called the data lukewarm.

In a study published in the medical journal The Lancet, researchers said their vaccine was well-tolerated and generated an immune response against the novel coronavirus.

The vaccine, developed by CanSino Biological Inc. and the Beijing Institute of Biotechnology, was tested in 108 healthy, uninfected adults aged 18 to 60 in Wuhan, China -- the original ground zero of the pandemic.

All the participants received injections at low, middle or high doses, and no "serious" side effects were reported, researchers said.

Side effects: Still, almost half of vaccine recipients reported fever, with 44% reporting fatigue and 39% reporting a headache. Overall, 9% of patients reported side effects that were severe enough to have potentially "prevented activity."

These side effects are "not a good safety sign," said Dr. Paul Offit, director of the Vaccine Education Center at Children's Hospital of Philadelphia.

Experts also suggested the vaccine did not elicit a strong immune response; all the doses, even the "low" dose, were actually very high, Offit said.

Read about the trial here: 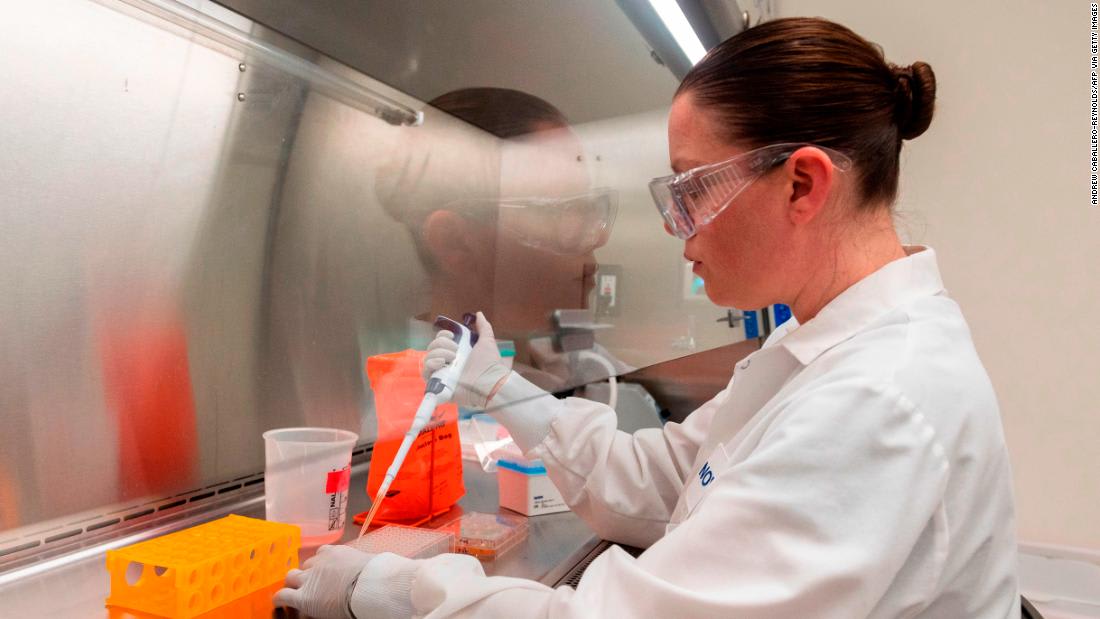 Peru reported 2,929 new coronavirus cases on Friday, according to the country's Health Ministry, taking the country's total to 111,698.

The ministry also said 96 deaths had been reported in the past day, raising the national death toll to 3,244.

Peru has the second-highest number of confirmed Covid-19 cases in Latin America, behind Brazil.

Moderna's stock price skyrocketed as much as 30% on Monday after the biotech company announced promising early results for its coronavirus vaccine. As ordinary investors piled in, two insiders were quietly heading for the exits.

The sales occurred after Moderna excited Wall Street before markets opened Monday by announcing encouraging vaccine trial results. Moderna's market value swelled to $29 billion -- even though the company has no marketed products.

After spiking to as high as $87 on Monday, Moderna's stock price has since retreated below $70 as medical experts have debated the importance of the early findings.

The two executives: Lorence Kim, Moderna's chief financial officer, exercised 241,000 options for $3 million on Monday, filings show. He then immediately sold them for $19.8 million, creating a profit of $16.8 million.

The next day, Tal Zaks, Moderna's chief medical officer, spent $1.5 million to exercise options. He immediately sold the shares for $9.77 million, triggering a profit of $8.2 million.

The securities transactions were done through automated insider trading plans, known as 10b5-1 plans, that lay out future stock trades at set prices or on set dates. 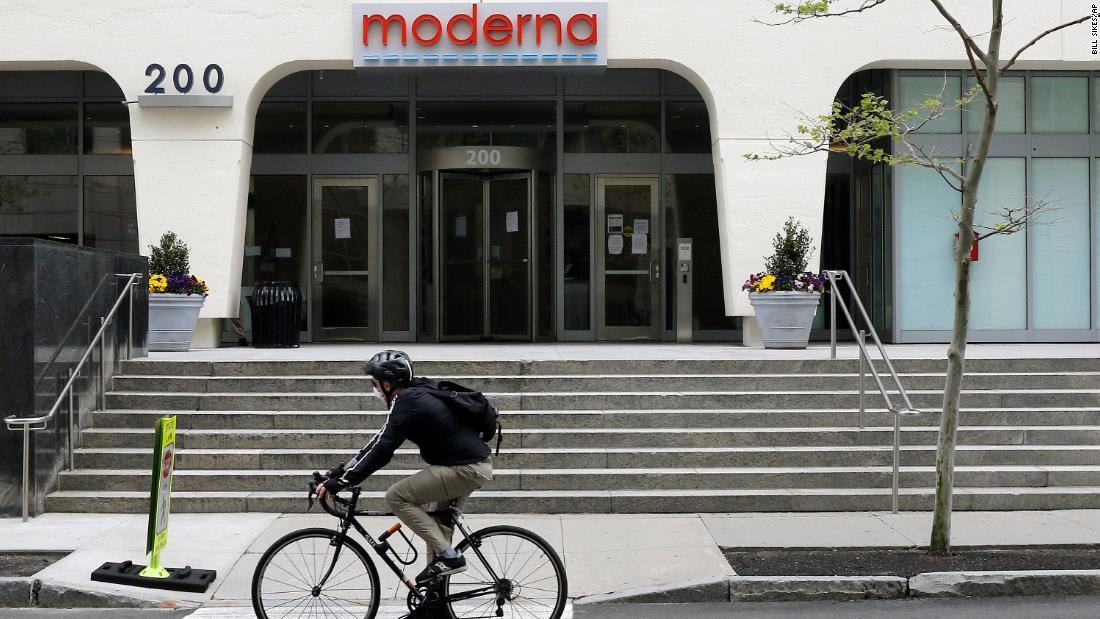 If you're just joining us, here are some of the biggest headlines from today:

The US Food and Drug Administration and the Federal Trade Commission issued warning letters on Thursday to two groups for selling fraudulent products related to Covid-19.

The first, Apollo Holding LLC, was offering “NoronaPak” products, including “cannabidiol (CBD),” derived from the cannabis plant, according to one of the warning letters.

The letter said the products were “intended to mitigate, prevent, treat, diagnose, or cure COVID-19 in people” and were unapproved drugs sold in violation of federal law.

Apollo Holding made claims such as “Fight off Coronavirus with NoronaPak,” according to the letter. The group did not immediately respond to CNN’s request for comment.

The second letter was issued to North Coast Biologics, which was allegedly offering an “nCoV19 spike protein vaccine.”

On March 21, according to the letter, a person involved with North Coast Biologics bragged about the supposed vaccine on Facebook. “Just vaccinated 12 people in west Seattle tonight . . . 12 more to vaccinate in Burien . . . off to Anchorage and PHX next.”

North Coast Biologics did not immediately respond to CNN’s request for comment.

According to the letter, a Facebook post by the group in March read: “NCB’s COVID19 spike protein vaccine is being made available to those who are either at risk or for anyone who simply needs some reassurance.”

According to the warning letter, the Facebook post was edited in late April to say “NCB’s nCoV19 spike protein vaccine is no longer available due to a ‘cease and desist’ letter from the AG…”

But the FDA and FTC said misleading claims still remained online, at least at the time of the warning.

Mexico reported 479 new coronavirus deaths on Friday -- the biggest single-day spike in the country since the pandemic began.

This has been the worst week of Covid-19 in Mexico, by far. The deaths recorded over the last seven days represent nearly a third of the country's entire official death toll.

Mexico recorded its first coronavirus death more than two months ago, on March 18.

Meanwhile, the country’s confirmed case total has increased nearly 40% in just the past week.