Images show people enjoying the sun in parks and beaches in many European countries over the weekend, as coronavirus restrictions begin to ease.

In France, people sat in front of the Eiffel Tower and gathered on the grass at the Vincennes woods on the first weekend after lockdown measures were loosened on May 11.

In Germany, a group of people joined a yoga class in Berlin's Tempelhofer Feld on the first weekend people were allowed to gather in groups of eight people to practice sports, according to Getty Images.

In Greece, people flocked to public beaches after many were reopened to the public. Social distancing measures required all shade umbrellas to be planted at least 4 meters (13 feet) apart, and a maximum 40 beachgoers allowed in every 1,000 square meters (10,700 square feet) of beach.

In the UK, queues of cars could be seen parked near natural beauty spots as people were allowed to spend more time outside and drive longer distances. Officials had warned against flocking to parks and beaches.

For more than four years, Saiful Islam sent about half of the money he made as a construction worker in Bahrain back to his aging parents in Bangladesh.

When the 25-year-old lost his job due to the coronavirus pandemic earlier this year, that lifeline for his loved ones was abruptly cut off.

"Now that I can't send money back home, my family is also suffering and cannot buy food, and my old parents can't get any good medical treatment," Islam told CNN Business. "I have no savings because I have a big family back home."

Since Islam lost his job, his family in Comilla Daudkandi village in eastern Bangladesh say they are struggling to survive.

"We cannot buy enough food and we cannot buy our medicines," said Rokeya Begum, Islam's 60-year-old mother. "Some days we have nothing to eat, and some days we ask the neighbors for food."

Islam and his family are not alone.

Migrant workers around the world are being laid off as the coronavirus crisis cripples economies and lockdowns shutter many industries, such as construction. The families who rely on their migrant relatives for money are already feeling the consequences.

The World Bank estimates that global remittances will fall 20% in 2020 due to Covid-19 -- cutting about $100 billion from a vital source of funds for the world's poorest people. By comparison, the fall in remittances in 2009 after the global financial crisis was 5%. 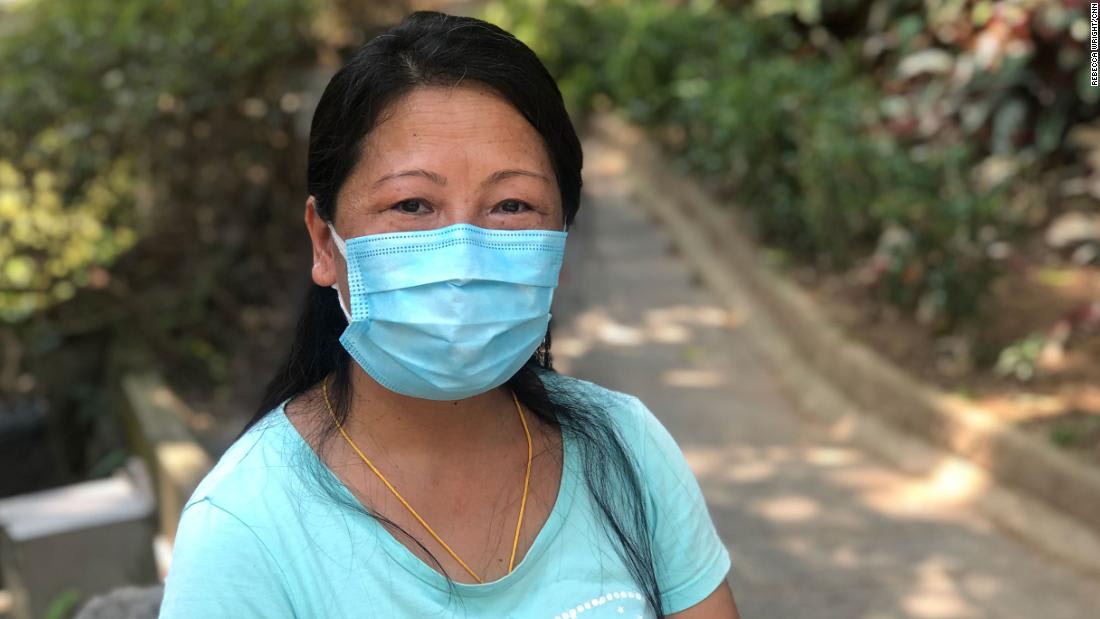 'I can't send money back home': How a lifeline for the world's poorest is being cut off due to Covid-19

US Health and Human Services Secretary Alex Azar has suggested that the underlying health conditions of Americans, in particular in minority communities, contributed significantly to the death toll from the coronavirus.

"Unfortunately the American population is a very diverse ... It is a population with significant unhealthy comorbidities that do make many individuals in our communities, in particular African American, minority communities particularly at risk here," Azar said on CNN's "State of the Union."

Azar said the reason these communities were at risk was "because of significant underlying disease health disparities and disease comorbidities," and said it was "an unfortunate legacy in our health care system that we certainly do need to address."

With nearly 90,000 deaths, the US has recorded more Covid-19-related fatalities than any other country.

Azar was asked if he was implying the reason so many Americans had died from Covid-19 was because they were "unhealthier than the rest of the world," Azar said no, that wasn't what he meant.

But the head of the HHS emphasized again that the US had a "significantly disproportionate burden of comorbidities ... (including) obesity, hypertension, diabetes," adding that "these are demonstrated facts that do make us at risk for any type of disease burden." 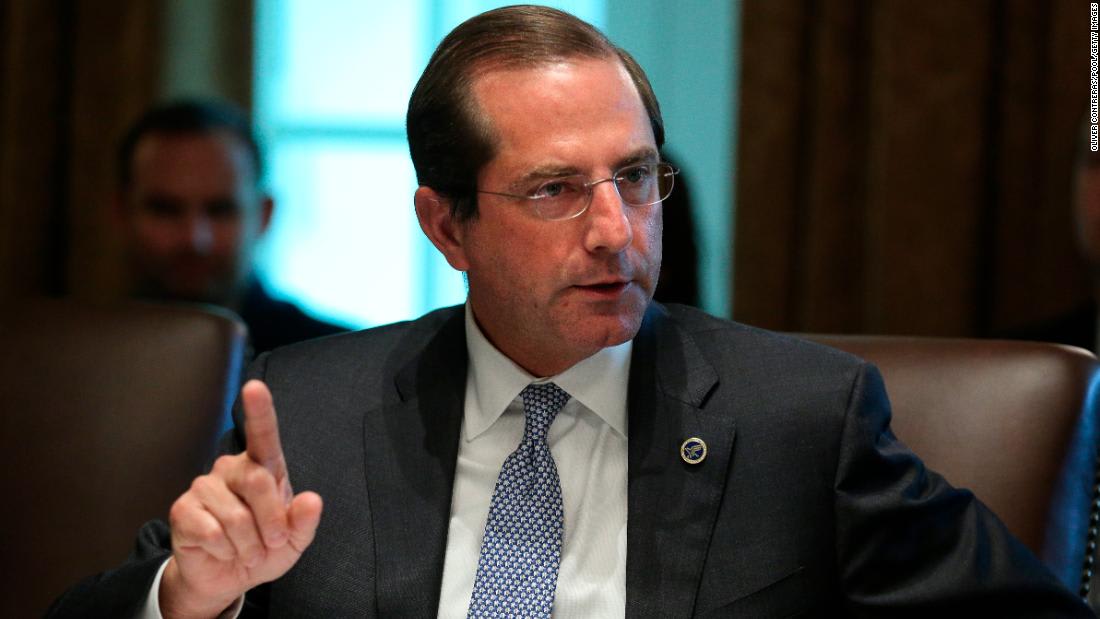 India recorded 5,242 new cases of Covid-19 in the past 24 hours -- the country’s biggest single-day spike in confirmed infections.

The total number of confirmed cases in the country stands at 96,169, including 3,029 deaths, according to India’s Ministry of Health and Family Welfare.

India says it has ramped up its testing capacity and to date, more than 2.3 million people have been tested across the country, according to the Indian Council of Medical Research.

On Sunday, India announced it was extending its lockdown until the end of the month.

Not even New Zealand's Prime Minister Jacinda Ardern was exempt from her own coronavirus restrictions after she was turned away from a cafe that was at capacity under physical distancing guidelines.

Ardern and her partner Clarke Gayford were rejected from a popular cafe in Wellington on Saturday, according to a post by a Twitter user named Joey. Gayford responded to the tweet, admitting, "I have to take responsibility for this, I didn't get organized and book anywhere."

Gayford added that the restaurant chased them down when a spot freed up and he gave them an "A+" for service.

Lockdown easing: After Ardern announced last week that the country will move from Alert Level 3 down to Level 2, cafes, movie theaters and restaurants in New Zealand were allowed to reopen last Thursday, as long as they did so with strict hygiene measures and physical distancing in place.

Japan's third-largest city recorded no new coronavirus cases on Sunday, the first time since March 9 that the figure had fallen to zero.

The total number of infections reported in Osaka now stands at 1,770, the Osaka prefectural government said.

In the capital Tokyo, five new cases were reported on Sunday -- that's the lowest since the city was placed under a state of emergency on April 7. The total number of cases recorded in Tokyo has reached 5,050.

The total number of reported cases in Japan is 16,844, with 712 from the Diamond Princess cruise ship. The number of Covid-19-related deaths is 762, with 13 from the cruise liner.

Japan's restrictions: Tokyo, Osaka, and six urban prefectures remain a under state of emergency. The government will assess their status on May 21, Prime Minister Shinzo Abe said last week as he announced the lifting of emergency measures for 39 of 47 prefectures.

More than 100 countries have proposed a draft resolution calling for an independent “evaluation” into the coronavirus pandemic.

The resolution is to be presented to the World Health Organization during its 73rd World Health Assembly held virtually today and tomorrow.

The motion has international support: Countries including Australia, India, New Zealand, Russia and the UK back the proposal, as do the European Union and its member states.

But not from the United States: The US is not one of the signatories.

Where does China fit into this? The draft does not specifically mention China or Beijing, but China has been facing mounting international scrutiny for its initial handling of the Covid-19 outbreak.

Last week, China struck back at what it calls “lies” from US politicians, which it said were fabricated to “shift the blame to China for their inadequate response to Covid-19.” China has repeatedly denied accusations of an initial cover-up and delayed release of information about the virus.

Read the statement proposing the resolution:

“Recognizing the need for all countries to have unhindered timely access to quality, safe, efficacious and affordable diagnostics, therapeutics, medicines and vaccines, and essential health technologies, and their components as well as equipment for the COVID-19 response,” the motion reads in part, the member states call for the WHO to initiate “a stepwise process of impartial, independent and comprehensive evaluation, including using existing mechanisms, as appropriate, to review experience gained and lessons learned from the WHO-coordinated international health response to COVID-19.”

At least 18,873 new coronavirus cases and 808 Covid-19-related deaths were recorded in the United States on Sunday, according to Johns Hopkins University.

When we do go outside again, what will it be like?

Over the weekend, Tourism Australia -- the country's national travel organization -- called upon a couple of well-known mates to connect couches across the country and answer that very question.

Streamed on Facebook, the virtual event "Live from Aus" transported viewers to 36 destinations down under. The two-day program was filled with famous Australian travel experiences and hosted by zookeepers, chefs and even a pair of Chris Hemsworth's personal trainers.

"Everyone has been cooped up in units and apartments, so what we have is very appealing in terms of the wide-open spaces and beautiful landscapes," Matt Wright, an animal expert who introduced the event, said while a crocodile snapped playfully at his feet.

It's all part of an ongoing push by Tourism Australia to inspire Aussies to travel locally once it is safe to do so.

The coronavirus pandemic has halted international travel for the foreseeable future. But, as restrictions begin to ease in Australia, domestic travel is being seen as a big step forward in the road to recovery.

Read how Australia plans to restart its tourism industry: 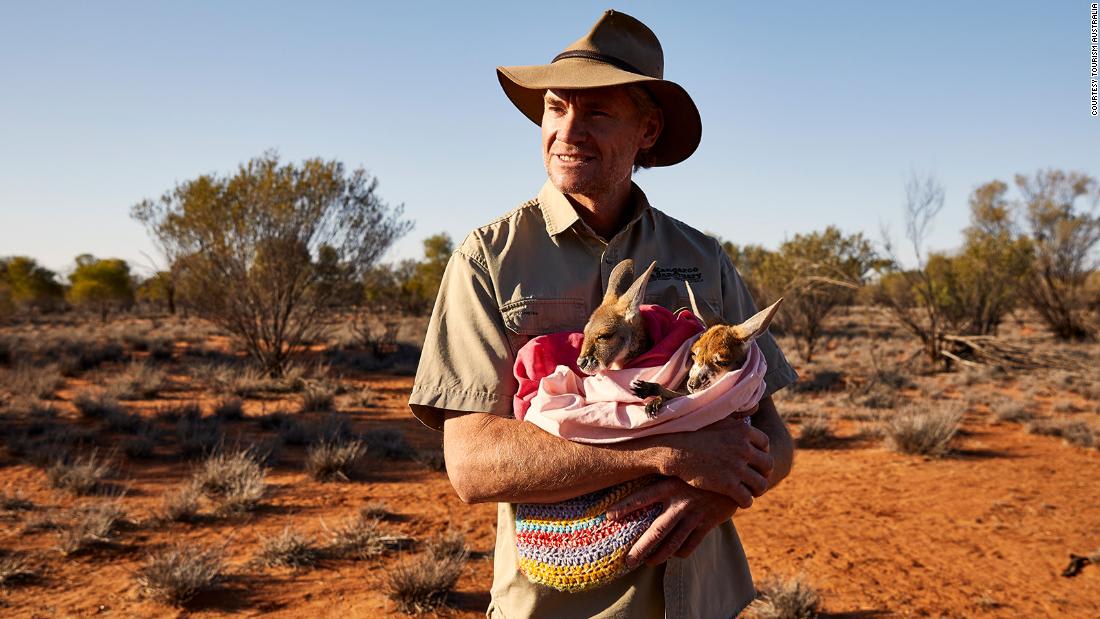 By Jessie Gretener and Lynda Kinkade