Germany’s coronavirus reproduction rate has fallen to 0.75, according to the country’s disease and control center -- a small but hopeful decrease.

It had previously been 0.81, according to the Robert Koch Institute.

The reproduction rate, also known as the R-value, indicates how much the virus is spreading; an R-value of 1 means each infected person is transmitting it to one other person.

German Chancellor Angela Merkel has repeatedly warned that if the number rises above 1, the country's health system would eventually be overwhelmed.

The Robert Koch Institute says a total of 3.1 million coronavirus tests have been carried out in Germany since the outbreak began.

The country has reported 174,478 cases and 7,884 related deaths, according to data from Johns Hopkins University. But this doesn't reflect the total number of active cases; at least 151,700 people have recovered from the virus, according to the institute.

Production at China's factories is growing for the first time since the coronavirus pandemic began. But there are still major challenges ahead for the country's economy.

Industrial output increased 3.9% in April from a year ago, according to data released Friday by the National Bureau of Statistics. That's well above the 1.5% uptick that analysts polled by Refinitiv expected, and the first time output has grown since December.

This growth can be attributed to the political pressure that Beijing is putting on factories to resume production, Julian Evans-Pritchard, senior China economist for Capital Economics, wrote in a research note on Friday.

He expects factory output to continue to grow, since policymakers in China have signaled that more stimulus measures are on the way.

But it wasn't all good news: Domestic demand remains very weak, and retail sales in China dropped 7.5% in April from a year earlier.

And the official unemployment rate -- which tracks jobless numbers in urban areas -- reached 6%, up from 5.9% in March and just shy of February's record of 6.2%.

Evans-Pritchard said that the true unemployment rate is "likely double" what was announced Friday, since the urban rate does not include people in rural communities or a large number of the 290 million migrant workers who work in China.

French President Emmanuel Macron has summoned the CEO of global pharmaceutical giant Sanofi to a meeting next week, after the company suggested the US market could be prioritized for a Covid-19 vaccine.

Macron and CEO Paul Hudson will meet on Tuesday, said the Elysee Palace.

In a statement, Macron said any Covid-19 vaccine must be treated as a "public good for the world, and not subject to the laws of the market."

The Paris-headquarted company has clarified its earlier comments, saying it will also work with European governments to begin production as soon as possible.

Some background: Sanofi said its cooperation with the US’s Biomedical Advanced Research and Development Authority (BARDA) will allow it to start production as soon as possible.

It says it's exploring similar opportunities within Europe.

“We have always been committed in these unprecedented circumstances to make our vaccine accessible to everyone,” the company said in a statement.

“We are having very constructive conversations with the EU institutions and the French and German government amongst others.”

The eyes of the world will be on the German Bundesliga this weekend as it becomes the first major European soccer league to return amid the coronavirus pandemic.

The country has recorded more than 174,000 cases of Covid-19, including at least 7,861 deaths, according to the latest figures, but Germany's Football Association (DFB) has worked closely with league organizers (DFL) and hope strict safety protocols will protect those involved when matches are played.

If the measures work, it could provide a template for other sports to get back underway. If they don't, then questions will be asked as to why football returned so soon.

"This is an experiment with an unknown outcome," Köster told CNN's Fred Pleitgen.
"It could indeed happen that we see two or more weeks of football and then everything gets canceled ... if there are many infections or serious infections." 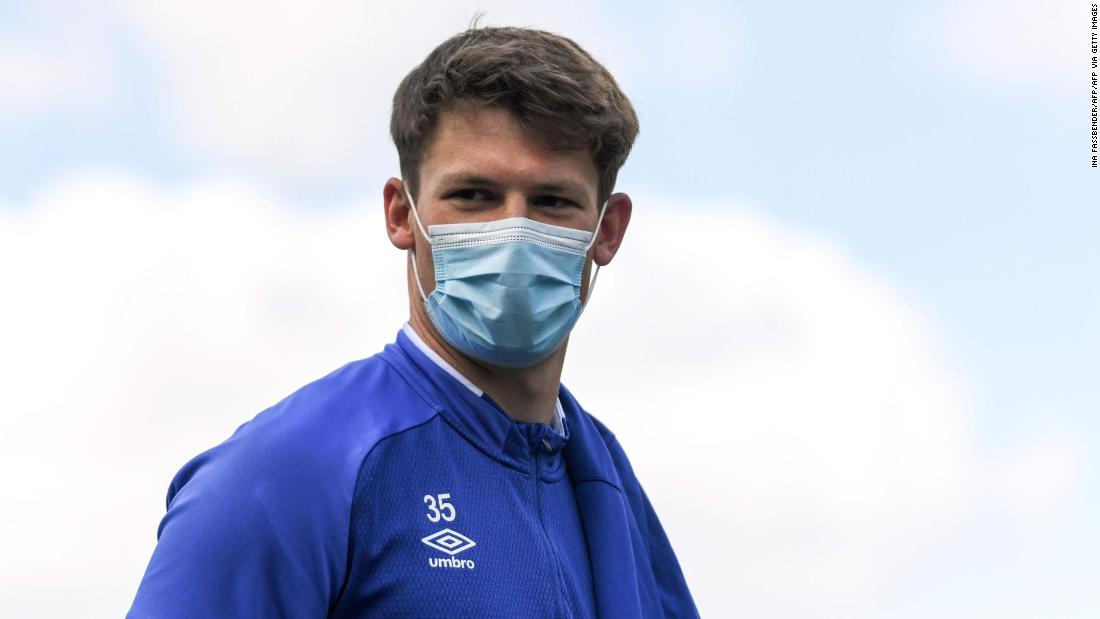 German soccer returns but not as we know it

Taiwanese health officials have rejected China’s condition for the island to take part in the World Health Organization -- Chinese officials said yesterday that the self-governed island would only be allowed to join the body "in accordance with the one-China principle."

"I have no way to accept something (the "one China" principle) which does not exist," Taiwan’s health minister Chen Shih-chung said today.

Some background: Taiwan is not a WHO member. The self-ruled, democratic island is claimed by China as part of its territory and Beijing blocks Taiwan from participating in many international organizations unless it does so in a way that acknowledges it is part of China.

Why is this coming up now? Taiwanese officials and other observers have claimed the island's exclusion from the WHO has had a negative effect both during the 2003 severe acute respiratory syndrome (SARS) epidemic and the current pandemic.

Yesterday, China’s Ministry of Foreign Affairs said that it "opposes so-called proposals" by countries to invite Taiwan to join the World Health Assembly as an observer, adding that the countries which insist on discussing Taiwan’s participation are "only seeking to severely disrupt this World Health Assembly and undermine global anti-pandemic cooperation."

Taiwan's response: Deputy Foreign Minister Kelly Hsieh argued today that it was Taiwan's "right" to participate in the WHO.

"We can represent our own people. We have said this many times. Our democratically elected government alone, including the public health system headed up by our professionals from the Ministry of Health and Welfare, can take care of our 23 million citizens and contribute to organizations like the World Health Organization," she said.

The novel coronavirus has infected more than 4.4 million people and killed at least 302,000 worldwide. If you're just tuning in, here are the latest headlines:

The World Bank has approved a $1 billion package for India to provide support for its poor and vulnerable populations, it announced in a news release.

The nationwide program will be implemented through the existing Pradhan Mantri Garib Kalyan Yojana (Prime Minister’s Welfare for the Poor Scheme) and help boost cash transfers and food benefits through other pre-existing programs to benefit the most vulnerable, especially migrant and informal workers.

“The response to the Covid-19 pandemic around the world has required governments to introduce social distancing and lock downs in unprecedented ways. These measures, intended to slow down the spread of the virus have, however, impacted economies and jobs -- especially in the informal sector," said Junaid Ahmad, the World Bank Country Director in India.
"India, with the world’s largest lockdown, has not been an exception to this trend. In this context, cash transfers and food benefits will help the poor and vulnerable access a ‘safety bridge’ towards a time when the economy will start to revive."

Teen activist Greta Thunberg is urging the world to listen to scientists as she describes the devastating impact the coronavirus pandemic is having around the world.

"During any crisis it is always the most vulnerable people who are hit the hardest, and that is children," she said.

"Especially in the global south, people in the poorest parts of the world, especially people living in conflict zones and refugee camps," she added.

Despite having had what she describes as mild symptoms, she posted about her experience on social media to raise awareness about the virus and the appropriate action to take.

"Many people don't even notice that they have symptoms and then they might spread the virus without even knowing it," she said.

"So we have to be extra careful, because our actions can be the difference between life and death for many others."

Thunberg is best known for her environmental activism, leading climate strikes around the world -- strikes that have now gone online. 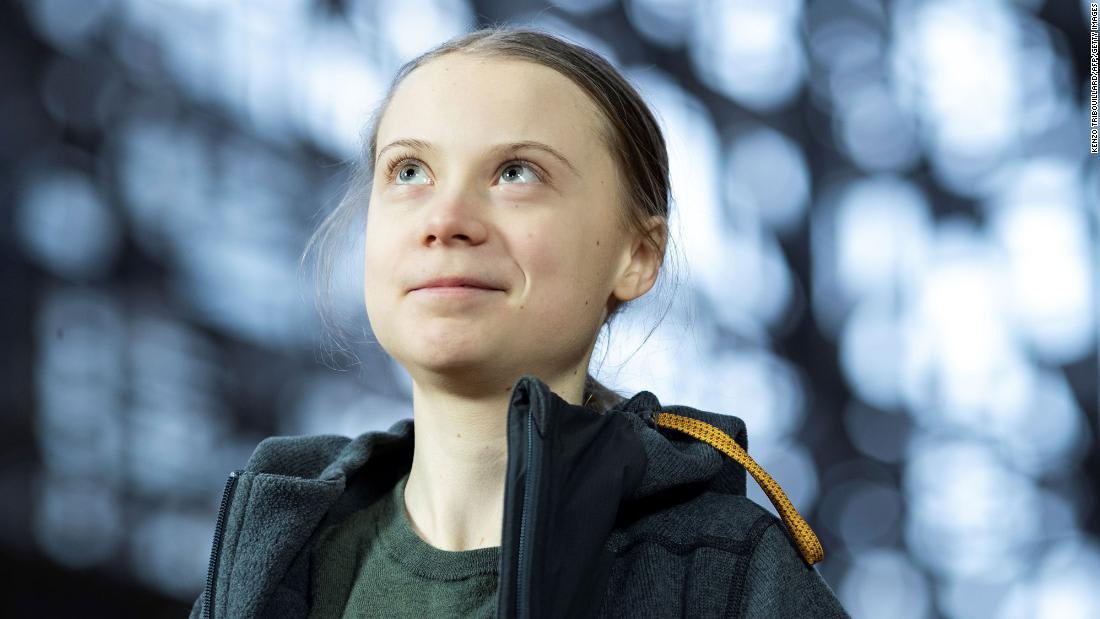 Greta Thunberg: 'Our actions can be the difference between life and death for many others'

After living through both the 1918 flu pandemic and current coronavirus pandemic, the label is fitting.

Goldsholl, who lives at a nursing home in Allendale, New Jersey, has fully recovered from coronavirus after being diagnosed with it last month, New Jersey Gov. Phil Murphy said at a news conference on Thursday.

That might make her the oldest person in the state to recover from the virus, according to CNN affiliate News 12 New Jersey.

Goldsholl was seven years old when the 1918 flu -- which killed more than 50 million people globally -- hit.

"I survived everything because I was determined to survive," she told News 12 New Jersey in an interview conducted over video chat last week. 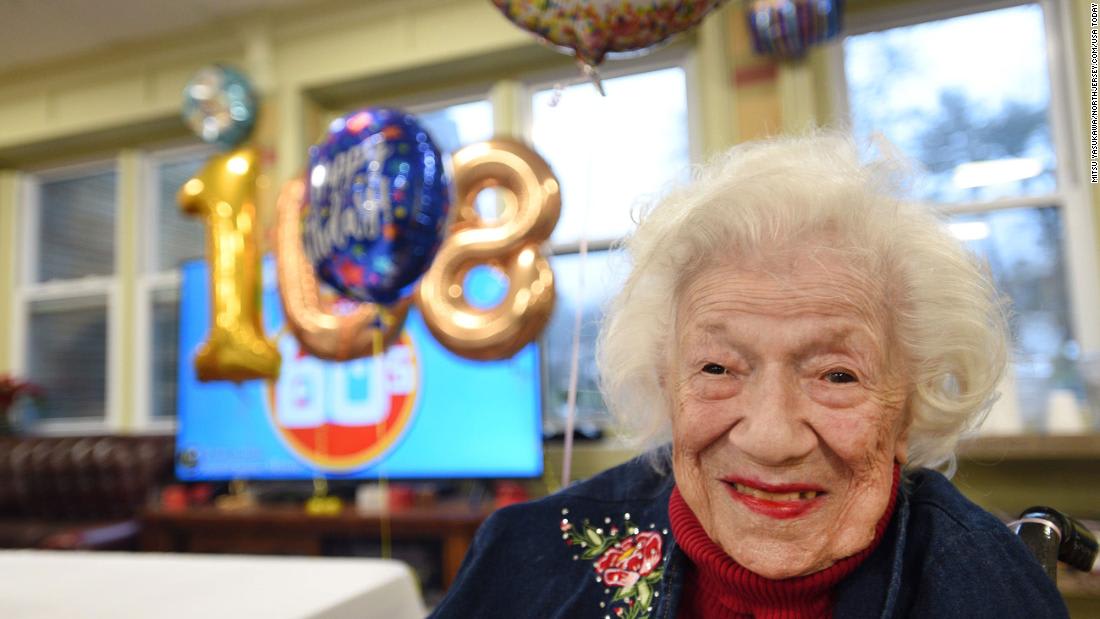