Russia recorded 9,974 new cases of Covid-19 over the past 24 hours, the country’s coronavirus headquarters said in a statement today.

That marks the first time in 12 days that the country has reported fewer than 10,000 new daily cases.

Russia has officially reported 252,245 total cases of coronavirus. The country has the second-highest number of confirmed cases in the world after the United States, according to data collected by Johns Hopkins University.

The constant stress of living in the age of coronavirus is affecting more than your mental health and emotional coping abilities. It's likely taking a toll on your body as well.

"We're living in a sea of stress hormones every day," said stress management expert Dr. Cynthia Ackrill, an editor for "Contentment" magazine, produced by the American Institute of Stress.

"We're not designed for a constant application of these chemicals," Ackrill said. "The stress hormone cortisol just ravages our bodies when it's dumped into our system repeatedly."

Designed to keep you functioning throughout the day, cortisol levels are meant to rise in the morning and decrease as the day lengthens. The hormone's purpose is to maintain blood sugar levels to keep your brain and muscles functioning and suppress non-vital systems like digestion that might drag your energy down.

But when triggered by a stressful occurrence, cortisol levels suddenly spike, and can take hours to dissipate. If that stress is constant, those levels don't drop, leading to cortisol malfunction and a disease-causing boost in inflammation.

If you're genetically at risk or you already have an inflammatory condition, today's constant stress may well trigger or worsen your symptoms. 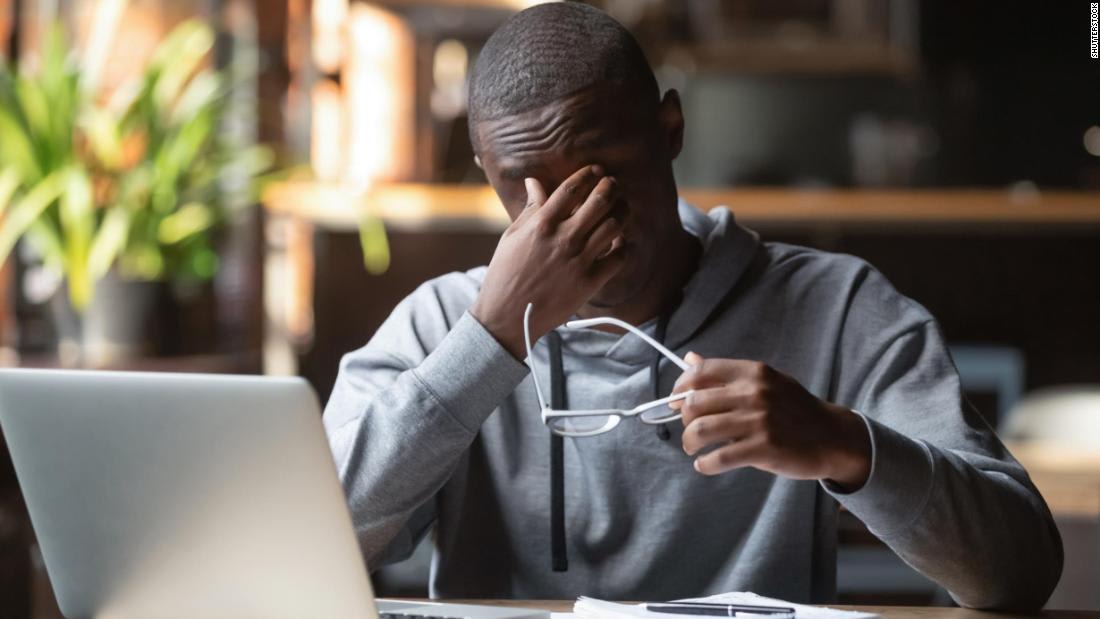 How coronavirus-related stress takes a toll on your body

An American pilot died when her plane malfunctioned while she was on her way to deliver Covid-19 rapid test kits to a remote Indonesian village, officials said.

Joyce Lin, 40, had just taken off Tuesday morning, leaving the airport in Sentani, in Papua province, in a Kodiak aircraft. She was a missionary with the Mission Aviation Fellowship, serving as a pilot and an information technology specialist.

She'd been with the MAF for about three years, according to the organization.

Lin was attempting to fly to Mamit, in the Papua highlands, in an effort to bring test kits to the local clinic. Within minutes of takeoff, she reported an emergency.

The aircraft fell into Lake Sentani, and divers confirmed she did not survive, according to the MAF. She was the only one aboard the plane. The MAF said it is working with local authorities to investigate the incident.

Lin had worked in Indonesia for two years, and joined the MAF after more than a decade of work as a computer specialist. 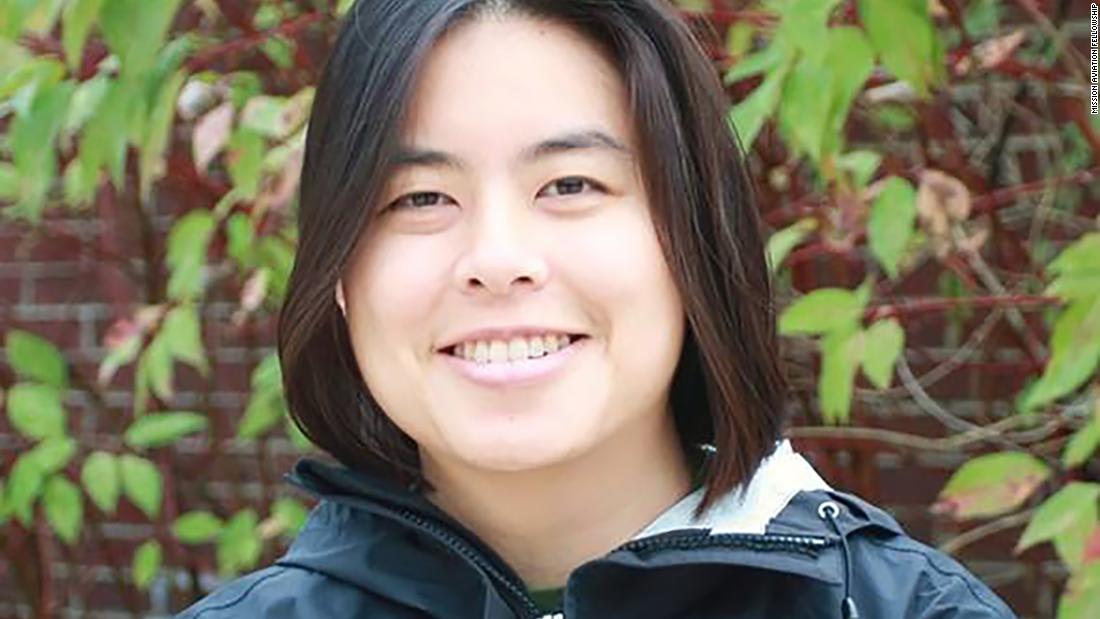 The novel coronavirus has infected more than 4.3 million people worldwide, bringing countries to a standstill. The global death toll is closing in on 300,000.

There are now fewer than 1,000 Covid-19 patients breathing with the help of ventilators in Germany, according to the country’s central register of intensive care capacities.

The data from Germany’s Interdisciplinary Association for Intensive and Emergency Medicine shows that 1,353 Covid-19 patients are currently in intensive care beds, and of those, 924 are on ventilators.

Maintaining sufficient intensive care capacities is a cornerstone of Germany’s strategy to combat the disease.

A total of more than 174,000 people have contracted the virus in Germany, according to a tally by Johns Hopkins University, 7,861 of whom have died.

Australian Prime Minister Scott Morrison said Thursday that nearly 600,000 people in the country have lost their jobs as a result of the financial impact of the novel coronavirus pandemic, a number he called "shocking, although not unanticipated."

"This is a tough day for Australia, a very tough day," Morrison said at a news conference. "We knew there would be hard news as the pandemic wreaks an impact on Australia as it is on countries all around the world. And so it has been the case."

Morrison said that although the rate of infections is decreasing in Australia, the country should prepare for further economic hardship.

"In the months ahead, we can brace ourselves and must brace ourselves for further hard news for Australians to take. But it's important on a day like today that we remember to support each other again," he said. "It is important as a country that we stand firm and we stand together."

Nearly 7,000 people in Australia have been infected by the virus, killing 98, according to data from Johns Hopkins University. Last week, Morrison announced a three-step plan to reopen the country if infections continue to trend downward.

Health officials in Wuhan, the central Chinese city where Covid-19 emerged at the end of last year, have started a 10-day screening effort to curb any new local epidemic by testing all of its citizens, according to the state-run Global Times newspaper.

Following an emergency notice that was issued on Monday, testing started on Wednesday; people who are classified as "high risk" will be tested first, according to the Global Times.

The city is home to around 11 million people.

Global Times cited a document from the health commission of Wuchang district, saying that "the testing period will last from Wednesday to May 20."

District health authorities were advised to complete forms for residents, which show "personal information of residents, personal ID, phone numbers, address, whether they have tested before and if they belong to a "key cluster," according to the Global Times.

Wuhan health authorities announced on Tuesday that all city residents would be targeted for large-scale testing, following the detection of six new cases in a local residential community last weekend. Priority for testing will be given to key groups and older communities with dense and fluid populations.

Wuchang district health authorities told Global Times that they have set up both indoor and outdoor sites for testing, and are asking each community to keep organized and avoid gatherings, with different time slots for testing.

Global Times reported that since Tuesday, around 70,000 people in Wuhan had undergone nucleic acid tests.

A pregnant woman traveling through India by foot interrupted her journey to give birth and then kept walking for another 160 kilometers (99 miles) with her newborn baby.

The woman, whose identity is unknown to CNN, was walking with her husband and their four other children from the city of Nashik, in Maharashtra, to the town of Satna in the adjoining state of Madhya Pradesh.

The family had left Nashik because they had no place to live and the country's coronavirus lockdown had left them without any means to earn money, according to Kavita Kanesh, an official in Madhya Pradesh.

Somewhere along the trip, the woman stopped and gave birth to a baby girl. A few days later, she was stopped by Kanesh at a checkpoint in their home state.

"She just rested for about one and a half to two hours after she delivered. The family had no money, no means of transport, no one was giving them a lift," Kanesh said.

The baby was born on May 5, four days before they reached the checkpoint, Kanesh said.

Kanesh said she arranged for the woman to be taken to a quarantine facility and receive medical treatment.

Thousands of migrant workers have attempted to leave Indian cities and return to their villages since the country's coronavirus restrictions came into effect.

Due to widespread closures of public transport, some have been forced to make the journeys on foot.

India has so far recorded more than 78,000 coronavirus cases and 2,551 deaths, according to data compiled by John Hopkins University.

Indian authorities said they will evacuate 30,000 more citizens stranded abroad due to the novel coronavirus pandemic -- the second phase of a massive operation to bring Indians home from across the world.

Indian Civil Aviation Minister Hardeep Singh Puri said that the citizens will return from 31 countries across 149 flights during the week of May 16 to May 22.

"Flyers have to pay for these services & will undergo a paid 14-day quarantine in their destination states. All prescribed preventive measures will be taken," Puri said in a tweet.

A total of 8,500 citizens had already returned home of the 14,800 Indians registered to travel on 64 flights in the first phase of the operation, Puri said. More flights were underway, he added.