Germany today reported 933 new coronavirus cases in just 24 hours, according to the Robert Koch Institute, the national agency for disease control and prevention.

That's a dramatic jump from the 357 cases reported just the day before. It brings the national total to 170,508 cases, the institute said.

The coronavirus reproduction rate in Germany has been above 1 for the past three consecutive days, the institute said.

A rate of 1 means that on average, each infected person is infecting one other person.

German Chancellor Angela Merkel has previously warned that if the number -- also known as the R0 value -- rises above 1, the country's health system would eventually be overwhelmed.

The institute said it's too early to tell whether the virus is on the rise again due to statistical uncertainties.

"The rise of the (reproduction rate) makes it necessary to carefully observe the developments in the coming days," the institute wrote in its daily data brief.

New clusters: Merkel warned on Monday that while Germany is easing lockdown restrictions, it remains "important for people to keep social distancing," urging citizens to ''stick to the basic commandments.''

Germany has registered several larger coronavirus outbreaks over the past few days. Three meat processing plants across the country have recorded between 100 to 350 cases each in separate outbreaks.

Of that total, 712 cases and 13 deaths are linked to the Diamond Princess cruise ship quarantined in Yokohama Bay for several weeks in February.

Japan is now preparing to ease lockdown measures in many parts of the country amid a downward trend in reported new cases. However, restrictions will stay in place in the hardest hit prefectures, including Tokyo and Osaka.

The country has been under a state of emergency since April 7.

Wuhan, the central Chinese city at ground zero of the coronavirus pandemic, will conduct citywide testing for all citizens within 10 days amid fears of a second wave of infections.

Authorities announced the testing plan in an "emergency notice" yesterday, according to state-run media outlet The Paper.

"After research, it was decided to carry out a '10-day battle' for the screening of nucleic acids of all new coronavirus in Wuhan," said a report in The Paper today. "Each district will make arrangements for the nucleic acid screening plan for all staff in its jurisdiction within a 10-day period."

This measure comes in response to six new infections that emerged in Wuhan this past week after over a month of no new cases, according to The Paper.

Marriott's profits were slammed in the first quarter of this year, plunging about 92%.

The world's biggest hotel chain on Monday reported net income of just $31 million from January to March compared to $375 million in the same period last year.

Revenue per available room, an important industry metric that assesses a hotel's ability to fill its rooms, fell 22.5% throughout the quarter and as much as 90% in April "as the pandemic moved around the world," the company said.

About a quarter of Marriott's hotels worldwide are currently closed, mostly in Europe and the United States.

But there was a "glimmer of good news," said Marriott International CEO Arne Sorenson.

He told investors in a call that demand appears to be picking up, especially in Greater China, where bookings are coming in mostly from domestic travelers.

Occupancy levels there have reached "just over 30%, up from the lows of under 10% in mid-February," Sorenson said.

"In terms of hotel closings/openings, April seems to have defined the bottom," the CEO added.

"Most days, we're seeing one or two or three more hotels reopen than we are seeing hotels closed.

"And if anything, as we see demand start to crawl back, as restrictions are released, I think the trend line now is towards more openings, not towards more closings."

Marriott (MAR) shares are down almost 46% this year. The company’s stock fell 5.6% on Monday after earnings.

A total of 70,756 coronavirus cases have now been reported in India, health officials said today -- an increase of more than 3,000 infections since yesterday.

The death toll stands at 2,293. So far, 22,454 patients have recovered and been discharged from hospital, according to the country's health ministry.

India remains under a strict nationwide lockdown that has seen state borders shut and transport halted. However, restrictions are slowly being eased in some low-risk areas with few cases.

Indian Railways has resumed some services after being shut down for more than a month, carrying thousands of stranded migrant workers back to their home states.

The Democratic National Committee's rules committee will vote on Tuesday to give the party's convention committee the authority to limit the scope of the national convention if necessary due to the coronavirus outbreak.

If approved by the Rules and Bylaws Committee and the full DNC membership, it could potentially change how the August convention is conducted and allow for virtual voting.

Democrats originally planned to hold their Milwaukee convention in July, but pushed the date back to the week of August 17 because of the coronavirus. If the language of this resolution is accepted, DNC members will have to approve the change by a majority vote of its roughly 450 members, which will most likely be conducted by mail.

"During this critical time, when the scope and scale of the pandemic and its impact in August remain unknown, convention planners are exploring a range of contingency options to ensure all delegates will be able to cast ballots and accomplish their business, regardless of their ability to travel and participate in person," a DNC official said in a summary of the changes. 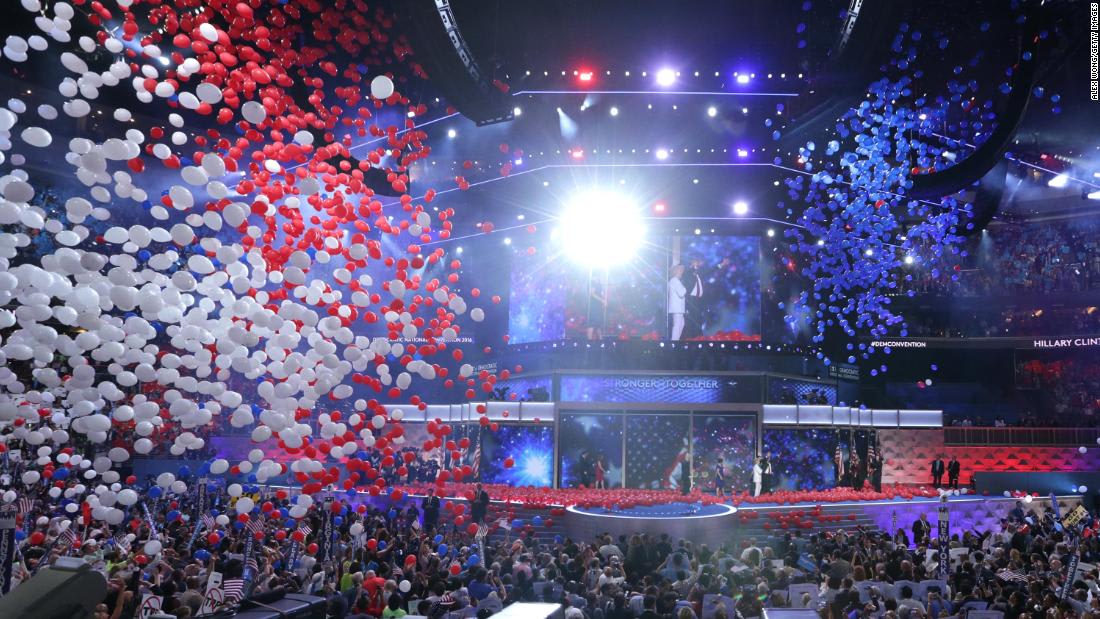 At least 48 US states will be partially reopened by the end of this week, according to CNN's tally.

The degree and speed of reopening varies state to state. In Idaho, for instance, 90% of businesses can reopen, with new guidelines in place for day camps and places of worship.

In New York state, the hardest-hit nationwide, most things remain closed -- but on Friday, certain low-risk businesses like landscaping and gardening will be allowed to resume.

The last two states, Massachusetts and Connecticut, have indicated they will start partial reopening plans next week, though dates are still subject to change.

Read more about where all 50 states stand on reopening: 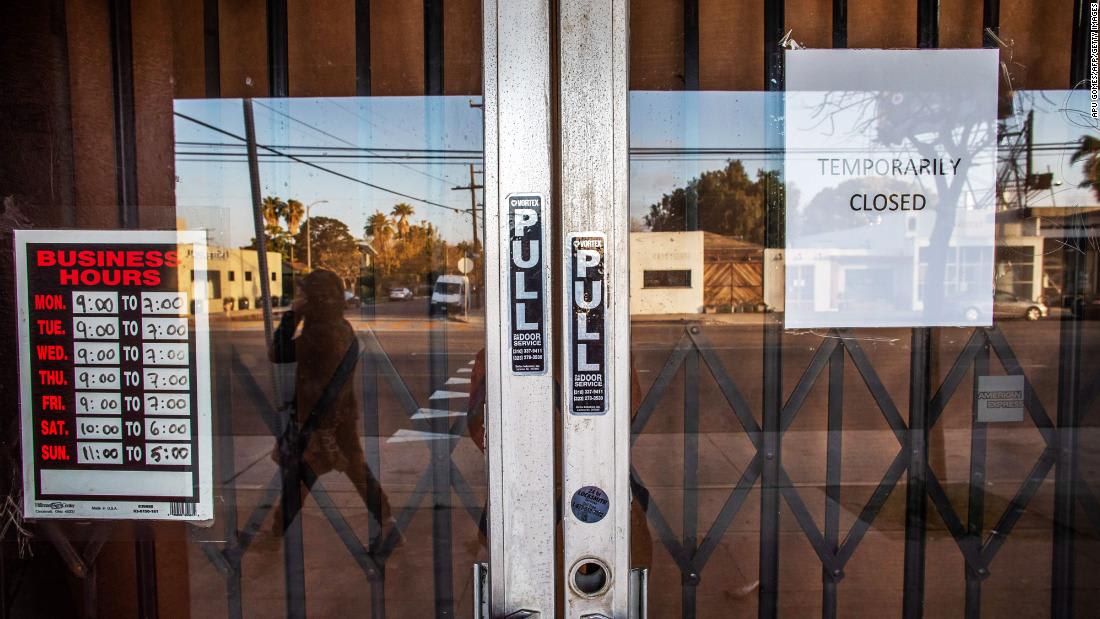 This is where all 50 states stand on reopening

At least 17,597 new coronavirus cases and 1,154 deaths were recorded in the United States on Monday, according to Johns Hopkins University.

A total of 101 coronavirus cases have been linked to a nightclub cluster in South Korea, Seoul Mayor Park Won-soon said today.

The cluster emerged in the capital's Itaewon entertainment district over the past few days, raising fears of a second wave of infections.

So far 7,272 people in Seoul have been tested in relation to the nightclub cluster, Park said.

"More than 36% of cases are asymptomatic and the rate of spread is very high," he said, warning that there had been multiple cases of secondary infection.

An estimated 10,905 people were in the vicinity of Itaewon clubs last week, according to phone signal tower records. The city sent a text message to all the numbers identified and asked them to be tested. The number of people getting tested doubled after officials began offering anonymous testing, Park said.

The city also secured a list of nearly 500 people who were in the affected area through credit card records, and asked them to be tested and to self-quarantine.

Second wave: South Korea has been heralded internationally as an example of a country that got its coronavirus response right, largely containing the outbreak through aggressive testing, quarantining, and contact tracing measures.

But the World Health Organization warned yesterday that countries lifting restrictions, including South Korea, saw an uptick in new cases over the weekend.