The UK leader announced that the government's plan for moving forward during the pandemic will be presented to Parliament on Sunday, in the hope that some new measures to ease the country's lockdown will be adopted the following day.

He did not explicitly mention any particular measures, but his comments hint at a relaxation of the country's lockdown.

"We want, if we possibly can, to get going with some of these measures on Monday," he said, ensuring MPs that the House would be fully informed and have the opportunity to debate the plan.

The comment came during the leader's first Prime Minister's Questions session since he was released from hospital, where he was treated for coronavirus in an intensive care unit.

He faced his new opponent, Labour leader Keir Starmer, in person, as well as several MPs asking questions over video conference, some of whom framed the the country's confirmed death toll as a symbol of the government's failed response.

The UK now has the second-highest death toll in the world and the highest in Europe.

If you're just joining our live coverage of the global coronavirus pandemic, here are some key headlines today:

The UK's Health Secretary Matt Hancock described epidemiologist Neil Ferguson's breach of the country's lockdown rules as "extraordinary," a day after the top adviser was forced to resign.

Ferguson, whose modeling of how the coronavirus spreads has influenced government responses around the world, stepped down on Tuesday after the Telegraph newspaper reported that he had allowed a woman to visit him at his home, breaking the very rules he helped architect.

Hancock told Sky News anchor Kay Burley on Wednesday that he was left speechless over the incident.

"It’s extraordinary, and you know, I don’t understand it," he said.

"Professor Ferguson is a very, very eminent and impressive scientist, and the science that he’s done has been an important part of what we’ve listened to, and I think that he took the right decision [to resign]."

He added that social distancing rules were there for everyone, "they are deadly important and incredibly serious. These are the means by which we managed to get control of this virus.”

Asked whether Ferguson should face prosecution, Hancock said: “It's a matter for the police. They'll take decisions independently from ministers.”

In a statement to CNN in response to the Telegraph's article, Ferguson accepted that he had made "an error of judgement and took the wrong course of action," and therefore stepped back from his involvement in Britain's Scientific Advisory Group for Emergencies (SAGE), which advises the government.

He also said he acted in the belief that he was immune, "having tested positive for coronavirus and completely isolated myself for almost two weeks after developing symptoms."

The European Union is forecast to contract by a record 7.5% this year, according to a new forecast from the European Commission, as the coronavirus batters economies around the world.

In its spring economic forecast, the commission predicts the contraction of "historic proportion" and says the EU will rebound in 2021, with growth of 6% predicted for that year. The forecast says that every EU country will enter recession this year, but the full impact and the strength of the recovery in each member state will “differ markedly.”

“Europe is experiencing an economic shock without precedent since the Great Depression," said Paolo Gentiloni, European commissioner for the economy.

"Both the depth of the recession and the strength of recovery will be uneven, conditioned by the speed at which lockdowns can be lifted, the importance of services like tourism in each economy and by each country's financial resources. Such divergence poses a threat to the single market and the euro area -- yet it can be mitigated through decisive, joint European action. We must rise to this challenge.”

China says recent accusations by US Secretary of State Mike Pompeo and President Donald Trump that the Covid-19 pandemic originated in a lab in Wuhan are a political strategy for Republicans ahead of the 2020 presidential election.

“We urge the US to stop spreading disinformation or misleading the international community. It should deal with its own problems and deal with the pandemic at home. I believe the strategy of the Republicans in their election shows that all too clear, and now we are fed up with such tricks.”
“Mr Pompeo cannot present any evidence because he has not got any, this matter should be handled by scientists and not politicians out of their domestic political needs,” Hua added.

Responding to comments from Trump about possibly levying tariffs in retaliation, Hua said: “The facts show that tariffs are not good weapons, they impact all parties negatively, under current circumstances tariffs should not be used as weapons."

When asked about a Reuters report that a Chinese government think tank had issued a document to leaders saying the US and China could potentially end up in armed conflict over growing global anti-China sentiment, Hua said: “As to the question of whether this will result in military conflict, of course this is not what we want to see. China loves peace, we believe that cooperation in fighting the epidemic should deepen mutual cooperation.”

US allegations: Pompeo said Sunday in an interview with ABC that there was "enormous evidence" Covid-19 originated in a laboratory in Wuhan. He did not provide details to support the claim.

China has also faced criticism over its handling of the virus, especially during the initial outbreak. It was accused of silencing whistleblowers and delaying informing the public about the severity of the crisis.

A report by the US Department of Homeland Security found that the Chinese government intentionally concealed the severity of the virus from the international community while it stockpiled imports and decreased exports, according to two administration officials familiar with the report.

Chinese response: Wuhan Mayor Zhou Xianwang has admitted that the city's "warnings were not sufficient," and offered to resign.

And Beijing has hit back with its own propaganda efforts, accusing the US of shifting blame and spreading "lies." 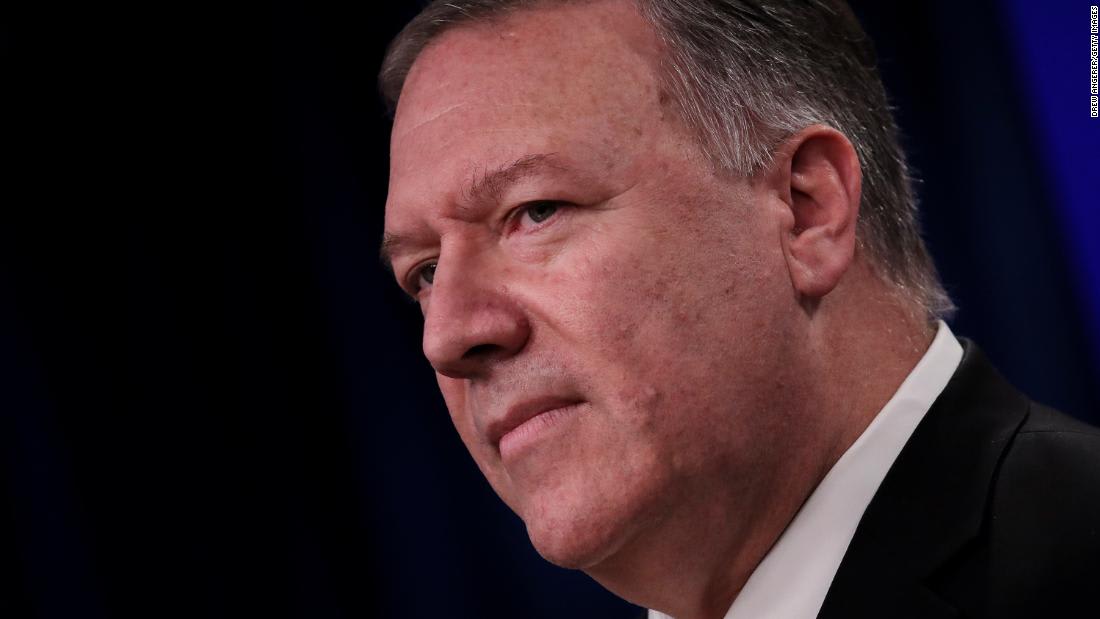 At least 1,204,475 cases of coronavirus have been recorded in the US, including 71,078 deaths, according to Johns Hopkins University's tally of cases.

With more than half the United States now into at least the first stage of reopening, one expert says the country still hasn't done enough to protect residents from the coronavirus.

"I don't think you can say, how much suffering are you willing to bear in order to restart the economy until you have done everything possible to ensure that every single person in America can take measures to protect their own health, the health of their families and the health of their communities," Dr. Richard Besser, the former acting director of the US Centers for Disease Control and Prevention, said Tuesday. "That's just not the case right now."

Governors across the country have allowed residents to return to some semblance of normalcy after weeks of shutdowns to stop the spread of the virus. But the country's death toll continues to rise and public health experts have warned relaxing restrictions could cost thousands of lives.

"We don't have the testing capacity now to know where this disease is," Besser said. "We have not scaled up the thousands and thousands of contact tracers that we need, we don't provide safe places for people to isolate or quarantine if they are identified as either having an infection or being in contact."

"We are saying, if you have money and you are white, you can do well here," he said. "If you are not, good luck to you."

Former British prime minister Theresa May has criticized world leaders for their “inability to forge a coherent international response” to the novel coronavirus pandemic, in an opinion piece for the Times of London on Wednesday.

May, who was prime minister from 2016 until the summer of 2019, said that though researchers and scientists across the world are working together, there is “little evidence of politicians doing so.”

“A polarized politics has taken hold. It views the world through a prism of winners and losers and sees compromise and cooperation as a sign of weakness,” May wrote.

While acknowledging there are “real questions” about the initial response of the Chinese government, May said it would be a “mistake” to “allow this to become a fault line in international relations.”

Amid ongoing questions of the World Health Organization and the US withdrawal in funding, May said frustrations should be “channeled into reforming” the organisation and “not denigrating the concept of international co-operation.”

This comes as the UK struggles to contain the virus. Yesterday the UK's death toll surpassed Italy's, making it the highest in Europe and second globally after the US.

The vast majority of these new cases are foreign migrant workers living in dormitories, where clusters have made the country's numbers spike dramatically in recent weeks.

The country has now recorded 20,198 cases and 18 deaths, according to data from Johns Hopkins University -- the highest caseload in Southeast Asia.

Singapore reopens: The city-state started a phased return to work yesterday. Businesses that reopen will be required to follow strict new rules, including the wearing of face masks all day in the office and no gathering among staff during lunch breaks.

The Ministry of Health calls the new measures the "new normal in a Covid-19 world."

Starting from May 19, schools will also reopen, for those who have practical sessions and need additional support.

But for migrant workers isolated inside dormitories, restrictions on daily movements will stay in place until June 1.