There are many aspects of the virus that remain unknown for scientists but older viruses offer some clues.

People usually get infected by four common coronaviruses that were first identified in the mid-1960s, according to the US Centers for Disease Control and Prevention. And those tend to peak in the winter months.

Dr. Greg Poland, a professor of medicine and infectious diseases at the Mayo Clinic, said that SARS-CoV-2, the technical name for the novel coronavirus that causes Covid-19, is likely to follow that pattern.

If that happens, a second wave of the virus would return just in time for the start of flu season. The flu has been a constant threat for Americans and devastating in recent years. The CDC estimates there were at least 39 million cases of the flu in the US and at least 24,000 deaths during the 2019-2020 season.

Poland, the director of the Mayo Clinic's Vaccine Research Group, says the combination of a second wave of Covid-19 with flu season could create "a lot of confusion" because of their overlap in symptoms and put a heavy strain on the health care system.

It wouldn't be the first pandemic to come back in force. In 2009, the US experienced a wave of cases of the H1N1 influenza virus, known as swine flu, in the spring. Months later, a second wave was reported in the fall and winter, the CDC says.

The 1918 influenza pandemic, which killed 50 million people globally and about 675,000 Americans, appeared as an initial mild spring wave in the US before a lethal second wave hit the country in September.

Read more on what can be done to prevent this: 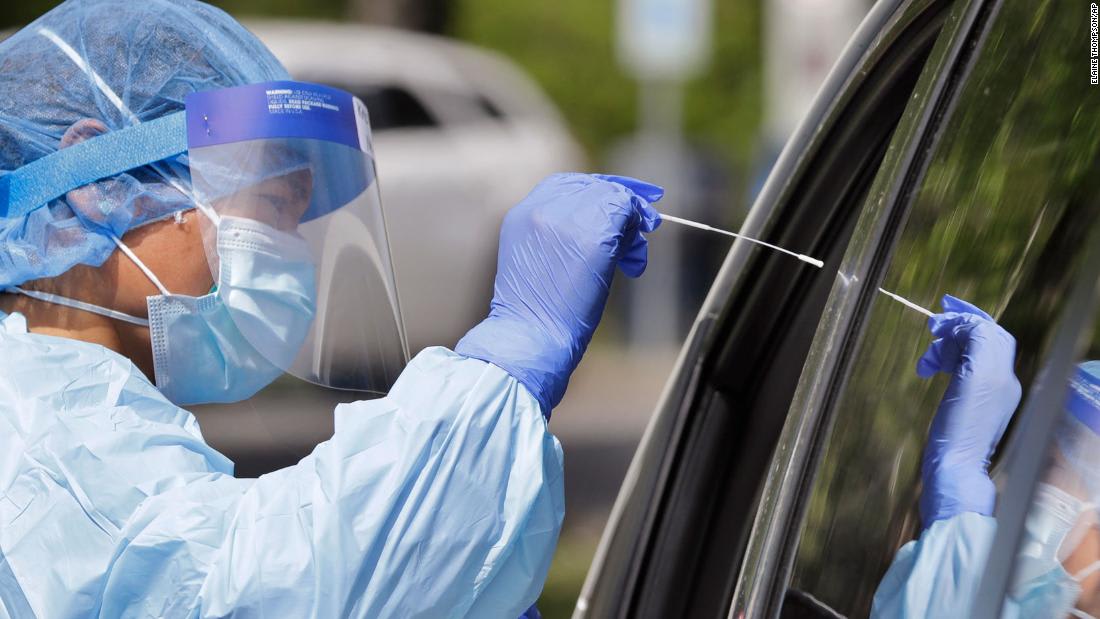 Another wave of coronavirus will likely hit the US in the fall. Here's why and what we can do to stop it

During a Saturday morning mass in the Vatican’s Casa Santa Marta, Pope Francis prayed that leaders would be “united for the good of the people” despite differences.

“Let us pray today for the rulers,” Pope Francis said, “who have the responsibility to take care of their peoples in these moments of crisis, heads of state, presidents of governments, legislators, mayors, presidents of the regions [governors].”

He continued: “May the Lord help them and give them strength, because their work is not easy, and when there’s differences between them, make them understand that in times of crisis they must be very united for the good of the people, because unity is greater than conflict.”

The number of cases of Covid-19 reported on the Navajo Nation rose to 2,307, with 166 new cases identified Friday, according to a news release.

Two more deaths were also reported, bringing the total to 73, according to the release from the Navajo Department of Health, the Navajo Epidemiology Center and the Navajo Area Indian Health Service.

We are seeing more positive cases because there is a lot more testing being conducted in each county," said Navajo Nation President Jonathan Nez.

On Friday, New Mexico Governor Michelle Lujan Grisham issued an order that shut down businesses and road access to the the city of Gallup to help stop the spread of Covid-19.

President Nez supported Grisham's actions and hopes the state of emergency in Gallup will stop Navajo people from traveling to the town, the news release said.

The Navajo Nation's 57-hour weekend curfew, which bans members from leaving their homes except for emergencies or to go to work as essential employees, remains in effect.

For the first time in weeks, residents in some states across the US will be able to return to weekend routines after governors began easing restrictions put in place to combat the coronavirus.

That might mean going to a movie in Georgia, working out with a personal trainer in Colorado or dropping by a dispensary in Nevada.

More than 30 states have begun easing social distancing restrictions -- some doing away with stay-at-home orders altogether while others loosen measures to allow some businesses to reopen.

More measures will be wiped out starting Monday. Gyms and fitness centers will reopen in Arkansas on May 4 while hair salons will follow May 6. In Northern California's Yuba and Sutter counties, restaurants, tattoo parlors and shopping malls will all be allowed to open Monday which will also be the first workday for many offices in Colorado, with operations limited to 50% capacity.

In Montana, bars and breweries will also be allowed to provide some in-establishment services starting Monday.

The changes come even as experts warned Friday that prematurely lifting measures could be deadly. 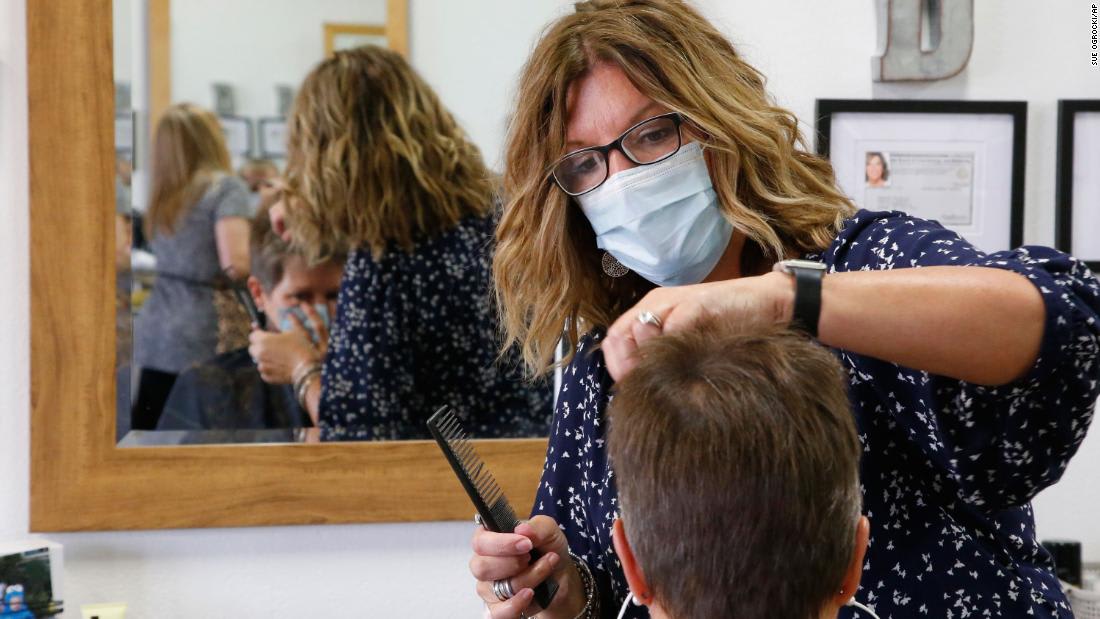 The experimental drug remdesivir has been approved to treat hospitalized patients with severe Covid-19, the US Food and Drug Administration said in a letter on Friday.

Remdesivir is the first authorized therapy drug for Covid-19 in the United States, FDA Commissioner Stephen Hahn said on Friday.

This is an important clinical advance that showed a statistically significant reduction in time to recovery for patients with Covid-19 and is the first authorized therapy for Covid-19." Hahn said.

Denise Hinton, the FDA's chief scientist, said in the authorization letter that there is "no adequate, approved, and available alternative to the emergency use of remdesivir for the treatment of COVID-19."

The FDA limited its authorization of the drug to people with suspected or laboratory-confirmed Covid-19 and severe disease, which includes low blood oxygen levels, the need for oxygen therapy or the need for a ventilator or other intensive breathing support.

Possible side-effects of remdesivir include increased levels of liver enzymes -- which may be a sign of inflammation or damage to cells in the liver -- and infusion-related reactions like low blood pressure, nausea, vomiting, sweating and shivering, the FDA said. 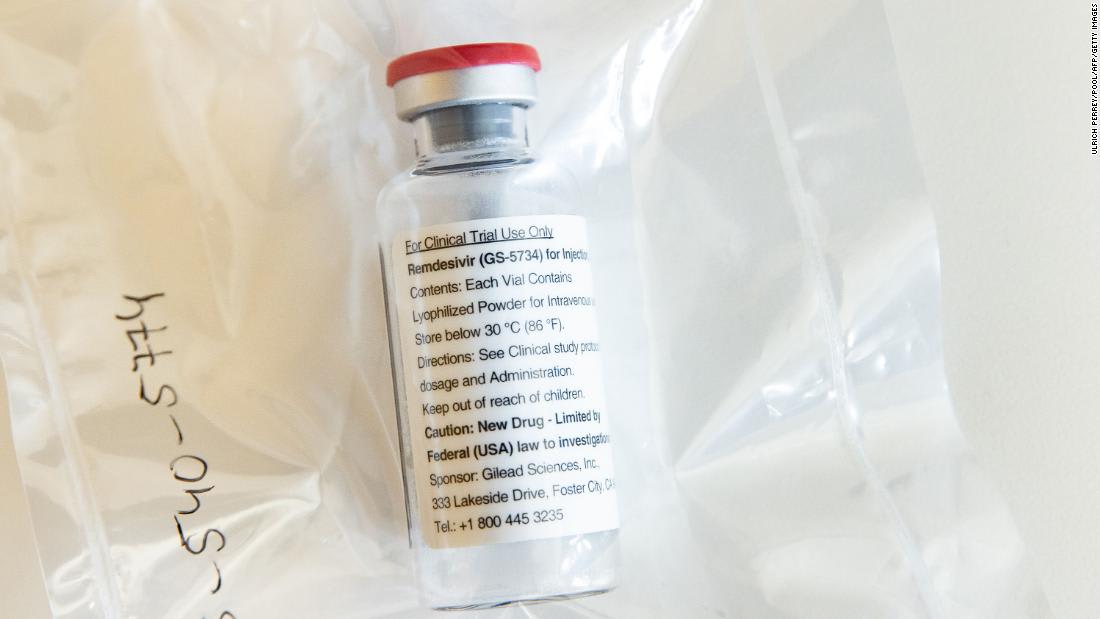 A large bag of the thistly gundelia plant arrives at Um Ahmad's door as it does nearly every day. Wearing a double layered headscarf, she settles into a blue armchair. She has until the afternoon to trim the spines off the wild plant for her customers to cook.

"We work on the akoub (gundelia) so that we can live," says Um Ahmad, using a pseudonym.

When visitors walk into her dark, cavernous room to meet her, she doesn't even look up. A drama series blasts from an old TV.

I get paid 10,000 liras for five kilograms of this," she mumbles, peeling the stems of the spiny plant with a small curved knife.

Because the Lebanese lira is in free-fall, her payment is worth just over $2.

Outside, the city roils with violent demonstrations, known as the "hunger protest." These started just as Lebanon was loosening its coronavirus lockdown, and beginning to contend with poor living conditions exacerbated by the near shutdown of the economy.

Nightly confrontations between demonstrators and the Lebanese army have rocked Tripoli over the last week, turning it into the epicenter of the country's renewed uprising against its political elite.

Protests against Lebanon's political class, which has ruled the country since its civil war and is widely accused of corruption, engulfed its main urban centers in late 2019. At the time, tens of thousands of Tripoli's protesters flocked onto the streets. The city was dubbed "the bride of the revolution," both because of its energetic protests and because it was believed to have borne the brunt of political corruption.

Tripoli is the poorest city in Lebanon, despite being home to some of its most high-profile billionaires. A slum stretches across the banks of the city's Abu Ali river, just minutes from pockets of extravagant wealth. The income disparity was always stark, but these days, Tripoli's locals say it is unbearable. 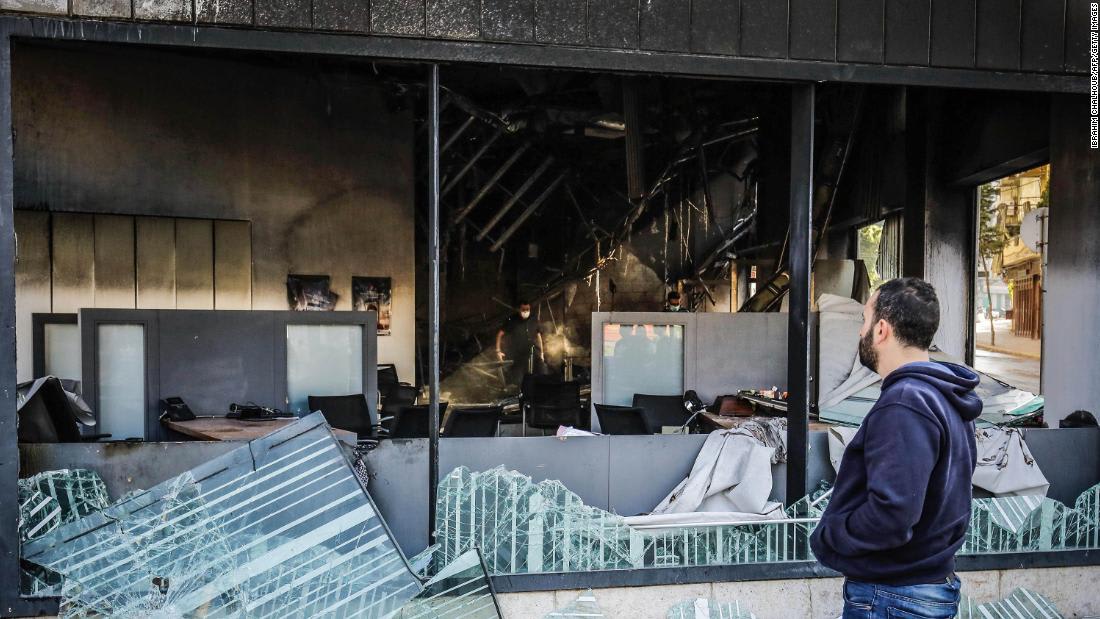 How a Lebanese city was pushed over the edge by coronavirus

Every morning around 10:30, Patrick Collins counts out hundreds of white flags to be planted on the front lawn of his Old Greenwich, Connecticut, church -- one flag for each Covid-19 victim in the state from the previous day.

"My hope is that everyone, whoever sees it, takes it as an opportunity to reflect on wherever they are at in this moment in time," Collins, the pastor of the First Congregational Church, told CNN. "To take it as a somber reminder that we are in this and we're all in this together and we're all in experiencing this loss together."

The church now has thousands of flags on the lawn as Connecticut's death toll has risen.

Collins hopes it sends a message to the families and friends of Covid-19 victims who can't gather for funerals to remember their loved ones.

As of Friday afternoon, Connecticut has the sixth-highest death toll in the US from Covid-19, with 2,257 victims. 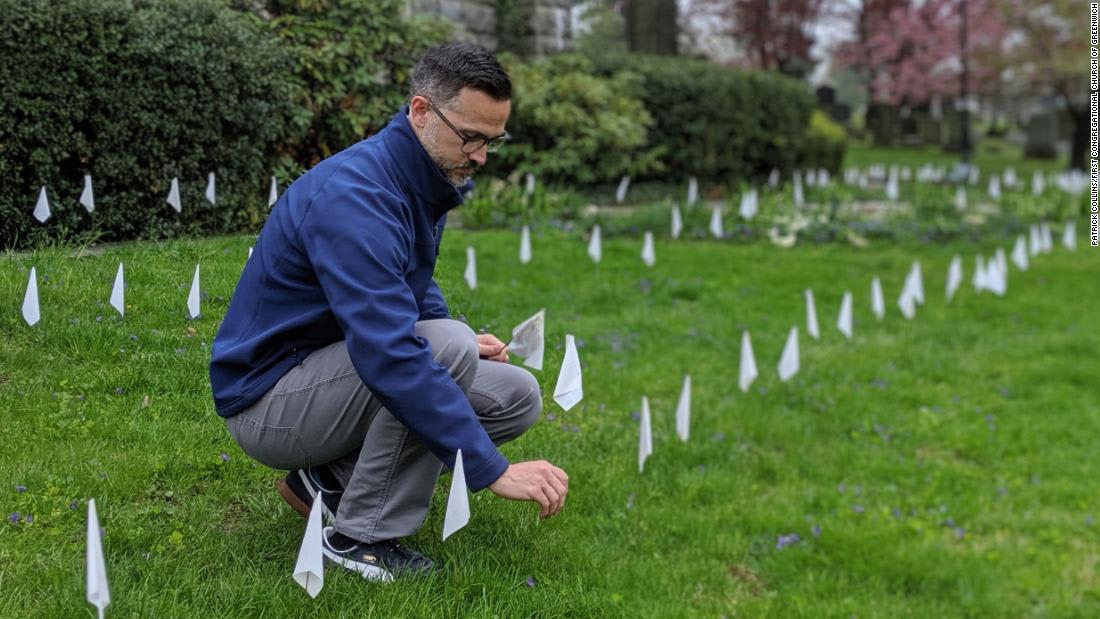 It's a popular argument heard at protests denouncing state shutdowns, fueled by those who say news outlets are overreacting to coronavirus:

The flu kills more people than coronavirus. Why shut down the economy for this?

Here are several reasons why coronavirus is more dangerous than the flu -- and why extra precautions are needed:

Coronavirus is much more contagious.

Coronavirus has killed at a much faster rate.

Between October 2019 to early April 2020, the flu killed up to 331 people a day, according to the preliminary CDC numbers.

From February 6 through April 30, the coronavirus killed an average of more than 739 people per day in the US.

Coronavirus can be spread for many days without symptoms.

With the flu, people typically start feeling sick one to four days after infection, with symptoms often showing up within two days, the CDC says. That means people will know they're sick fairly soon and will likely stay home.

But with coronavirus, symptoms typically appear four or five days after exposure, and the incubation lasts up to 14 days.

You can get a flu vaccine but not a coronavirus vaccine.

Unlike the flu, there's no option to get a vaccine for the coronavirus to protect against infection or to reduce the severity of symptoms. At the earliest, it'll be months before a coronavirus vaccine might become publicly available.

Get some graham crackers and marshmallows ready for some s'mores.

With families isolating at home, the Boy Scouts are inviting kids across America to participate in a virtual camp-in.

The event starts at 11 a.m. E.T. today, and is open for anyone to participate, regardless of whether they're enrolled in Boy Scouts.

Hosted live on Facebook, the event will feature tutorials on campsite construction, wilderness survival tips and more. There will also be a virtual 5K benefiting the Feeding America foundation.

There will even be cooking demonstrations by "MasterChef Junior" finalist Evan Robinson, and chefs Dean Fearing and Jeff Philbin.

The night will end with a campfire session.