Dr. Anthony Fauci, the United States' top infectious diseases expert, will testify before the Senate Health, Education, Labor and Pensions Committee on May 12, per an aide to Committee Chairman Lamar Alexander.

“Chairman Alexander looks forward to hearing from Dr. Fauci and other administration officials at the Senate health committee’s second hearing back,” the aide said.

Earlier today, CNN reported that the White House had blocked an appearance by Fauci at a House Appropriations Committee hearing next week.

"While the Trump Administration continues its whole-of-government response to COVID-19, including safely opening up America again and expediting vaccine development, it is counter-productive to have the very individuals involved in those efforts appearing at Congressional hearings," White House deputy press secretary Judd Deere said earlier in reference to the House hearing.
"We are committed to working with Congress to offer testimony at the appropriate time."

CNN is asking the White House for comment about the May 12 hearing.

China's National Health Commission (NHC) has reported a single new case of the novel coronavirus and no deaths for the fourth consecutive day.

It's a huge drop from the peak of the outbreak, when the country was reporting thousands of new cases a day, and suggests the danger there has mostly passed.

The latest case was imported from abroad, and not a local transmission, the NHC said.

Here's the country breakdown, according to the NHC:

Winfrey kicked off the 24-hour global livestream event called "The Call to Unite," organized in the wake of the coronavirus pandemic.

Her discussion featured the event's organizer, Timothy Shriver, as well as Bishop T.D. Jakes and Eckhart Tolle, a spiritual leader and bestselling author.

"I've had a lot of time to reflect what this moment means to us as a family and a community," Winfrey said. "In this moment we have an opportunity to take a step forward as a collective consciousness. I am hoping we all come out of this more united ... seeing each other as a part of the whole."

Tolle said: "When you experience adversity in your life, it is even more important to be in the present moment. If you do not, you suffer a lot ... when you move to the present moment you might realize ... there's a lot to be grateful for in this moment."

The coronavirus pandemic is nowhere near over -- but in some parts of the world, governments are slowly opening up for business.

Japan had 261 new coronavirus cases and 26 deaths yesterday, according to the country's health ministry.

The nationwide state of emergency was set to lift on May 6, but Prime Minster Shinzo Abe said on Friday that the government plans to extend it for about a month. The final decision will be made Monday, he said.

A California couple was arrested at a Hawaii hotel on Thursday for allegedly violating the island state's mandatory 14-day quarantine for travelers.

Officials say the couple, from California's Citrus Heights, came to Honolulu on their honeymoon and arrived at the hotel late Wednesday, when a front desk manager informed them about the self-quarantine order.

The couple allegedly told the manager that airport personnel told them contradictory information, and after further discussion of the rules, the Californians “scoffed at him again and then left the hotel,” according to a press release from Hawaii's COVID-19 Joint Information Center.

The couple, aged 20 and 26, subsequently returned to the hotel with a pizza after midnight, and refused to sign the quarantine acknowledgment, officials say.

The couple was informed again Thursday morning that they were in violation of the state’s quarantine requirements before being arrested, according to the release.

“We appreciate the vigilance and cooperation of the hotel staff, and staff at other hotels, in helping maintain the health and safety of visitors and residents,” Hawaii Attorney General Clare Connors said in a statement to CNN.
“It is important that everyone flying into Hawai‘i at this time, abide by our mandatory rules. Law enforcement, in partnership with other state and county agencies and the travel industry, are continuing to monitor compliance with the mandatory self-quarantine rule.”

Hawaii Gov. David Ige issued a mandatory 14-day quarantine for all passengers arriving in the state after March 26, and continuing through May 31.

Editor's note: Kara Alaimo, an associate professor of public relations at Hofstra University, was spokeswoman for international affairs in the Treasury Department during the Obama administration. The opinions expressed in this commentary are her own.

His words were tone deaf and, for someone with over 33 million Twitter followers to call on the government to end its lockdown, they were also dangerous. Musk is advocating for behavior that would lead to more Covid-19 related deaths in the US.

And while Musk did later tweet, "Yes, reopen with care & appropriate protection, but don't put everyone under de facto house arrest," we are not there yet.

Musk is perhaps frustrated because Tesla factories in New York and California have been shuttered for the time being. Perhaps he thinks that he can tweet them open and help his car business. If this is the case, he is likely to be sorely mistaken. Americans are a lot smarter than Musk is revealing himself to be, and though Tesla reported a Q1 profit -- a surprise to many -- this week, I predict that Musk's ill-advised tweets will negatively impact his business.

In fact, the factory was only closed in March after appearing to operate in violation of a county order limiting activities of nonessential businesses for days. If Musk feels this strongly about opening up the country, then he should tell the public exactly how he plans on safely getting his factory workers back to work. 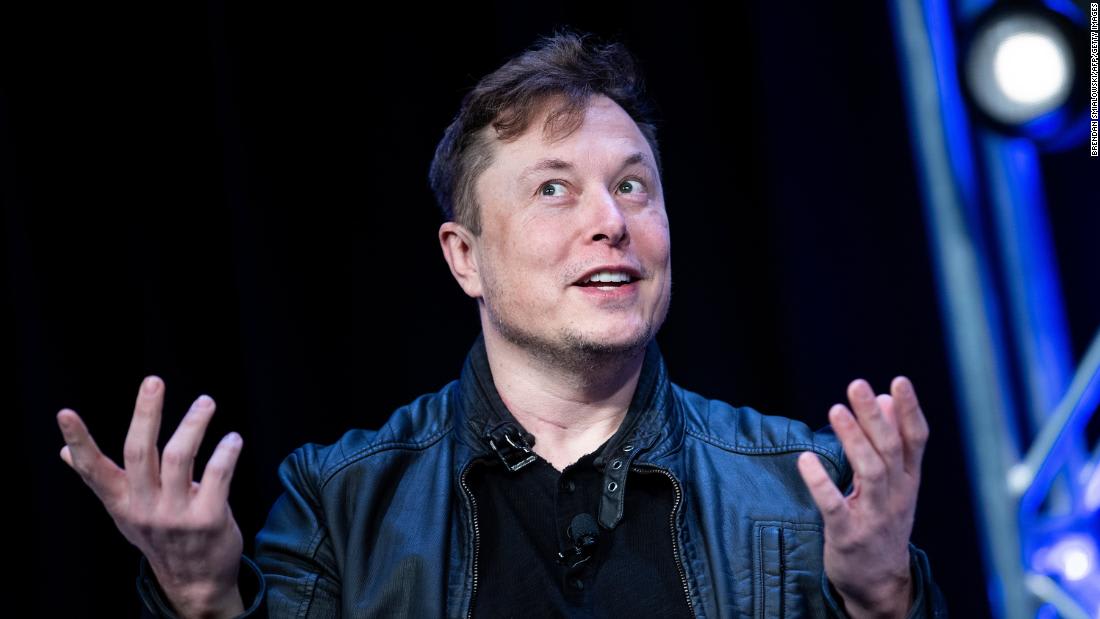 Elon Musk is using his power to be selfish

The novel coronavirus has infected more than 3.34 million people worldwide and killed at least 238,500, according to data from Johns Hopkins University.

Here are the five countries with the highest figures:

Thousands of people gathered in California's Huntington Beach on Friday to protest the governor's order to close all Orange County beaches.

Between 2,500 and 3,000 people took part, according to Huntington Beach Police Chief Robert Handy.

Most of them didn't have masks -- despite recommendations from public health officials that people must wear masks and socially distance in public.

California Gov. Gavin Newsom urged the protesters to look after themselves.

"This disease doesn't know if you're a protester, a Democrat, a Republican," the governor said at a press conference Friday. "Protect yourself, protect your family, your kids, your parents, your grandparents, your neighbors."